Agile Cigar Reviews are cigar assessments where we use a lightweight, shorter format. These will never take the place of our comprehensive reviews. They are only used on blends we have previously assessed. This might be a blend we are re-scoring or giving a score for the first time. It might be a blend we are looking at in a different size. Today we look at the Punch Diablo in the El Diablo size. This is a cigar line we previously assessed in the Scamp size back in November 2018. 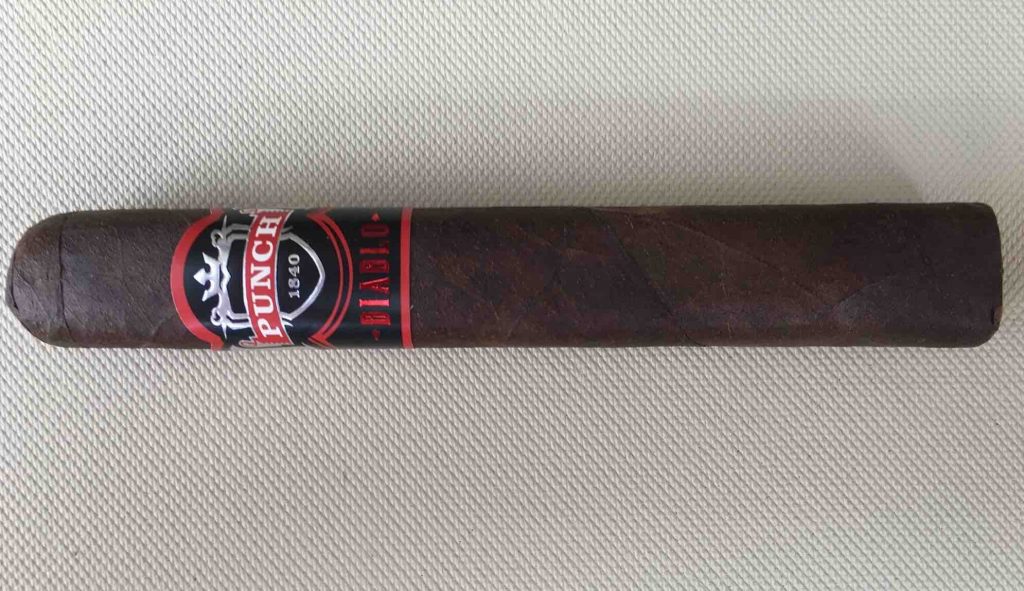 The Punch Diablo was positioned by General Cigar to be a stronger, bolder offering under the Punch brand. The cigar is highlighted by a dark Ecuadorian Sumatra Oscar wrapper. The blend also uses a Connecticut Broadleaf offering and includes Ligero tobaccos in the filler from Nicaragua and Honduras. The El Diablo is a box-press that measures 6 1/2 x 66. If the name and size El Diablo sound familiar, it’s because the name and size were found on another Punch offering – the Punch Rare Corojo El Diablo.

The Punch Diablo El Diablo started out with notes of mocha, citrus, white pepper, and cedar. If you read my assessments, you know I use mocha as a term to describe a combination of chocolate and coffee. Early on the mocha and citrus notes were primary. By the second third, the chocolate notes had shed from the El Diablo and it was a combination of coffee and citrus. By the midway point, the citrus joined the pepper and cedar in the background. As the cigar moved into the second third, the coffee notes imparted a bitterness to the flavor profile. This continued into the final third which saw a slight increase in the pepper component.

The Punch Diablo El Diablo is a cigar that started out medium strength, medium to full-bodied. Both attributes gradually increased in intensity and by the second half, the cigar progressed to medium to full in strength and full-bodied. When it came to strength versus body, the body has the edge with the El Diablo.

One comment on the name. I had a tough time with “Diablo El Diablo” here. It took a little to get used to. When it comes to the Punch Diablo blend, it’s not necessarily my favorite blend AJ Fernandez has done for General, but it’s one I would still go smoke from time to time. The El Diablo isn’t necessarily the size I’d go to in the Punch Diablo either (and I have nothing against big ring gauge cigars), but it still performed nicely for me. In the end, this is a cigar I’d recommend trying a sample – simply to determine if this size works in this blend for you.