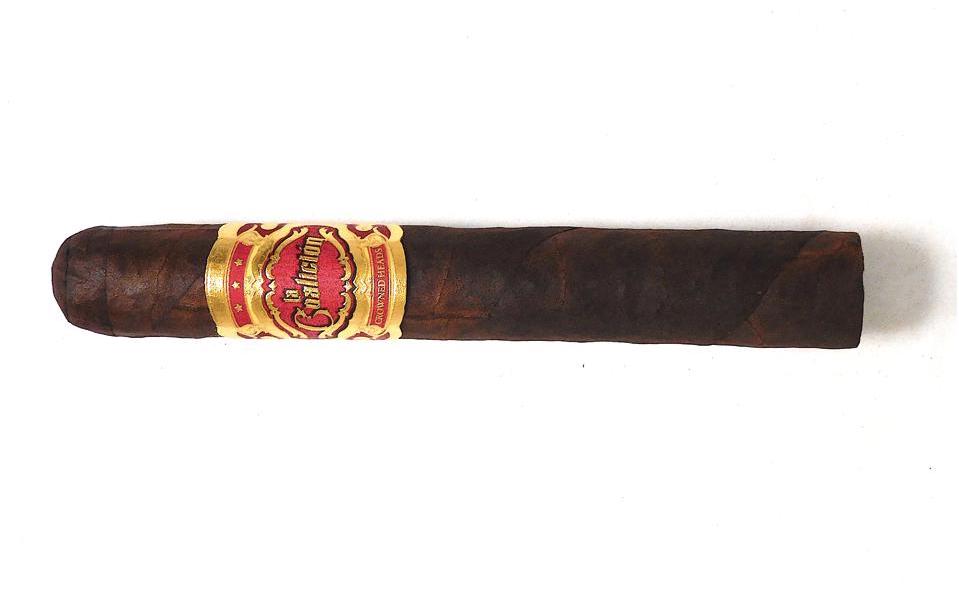 If you have followed the evolution of the first seven years of Crowned Heads Cigars, it was a company that established manufacturing partnerships with two cigar factories: Ernesto Perez-Carrillo Jr‘s Tabacalera La Alianza and the Garcia Family’s My Father Cigars. The latter part of 2018 would be a very important one for Crowned Heads as it would introduce two new manufacturing partners – Tabacalera Pichardo and La Gran Fabrica Drew Estate. Crowned Heads Juarez would be the first project out of Tabacalera Pichardo, while the Buckeye Land would be a regional release for the State of Ohio coming from Drew Estate. Fast-forward a few months and in 2019, Crowned Heads would announce a full production line out of Drew Estate known as La Coalición – a cigar done in collaboration with Drew Estate Master Blender Willy Herrera. Today we take a closer look at the Crowned Heads La Coalición in the silo size.

While Drew Estate is best to know for handling its own production, it has collaborated with several leading companies in various ways including:

Without further ado, let’s break down the Crowned Heads La Coalición Siglo and see what that cigar brings to the table.

In addition to the Connecticut Broadleaf wrapper, the Crowned Heads La Coalición consists of an undisclosed Sumatra wrapper and a combination of Nicaraguan and Dominican fillers.

The Crowned Heads La Coalición comes in four sizes. Each is presented in 20-count boxes

The Connecticut Broadleaf wrapper of the Crowned Heads La Coalición Siglo had a dark roasted coffee bean color. Upon closer examination, some darker mottling could be seen. There was a coating of oil on the surface of the wrapper. The wrapper had some thin visible veins. Despite the darker color of the wrapper, the wrapper seams were prominently visible.

A straight cut was used to remove the cap of the La Coalición Siglo. Once the cap was detached it was on the pre-light draw. The cold draw delivered a mix of coffee, earth, and cedar. This was a very straight-forward pre-light draw for a Connecticut Broadleaf-wrapped cigar. At this point it was time to toast up the foot of the La Coalición Siglo and see what the smoking experience would bring to the table.

The La Coalición Siglo started off with notes of coffee, chocolate, cedar, earth, and mixed pepper. The coffee notes moved into the forefront early on. The cedar, earth, and pepper notes settled into the background. The chocolate quickly transformed into more of a cocoa powder note. At times the cocoa notes crept into the forefront. is also worth noting the coffee and cocoa notes were distinct separate and didn’t fuse together as a “mocha” flavor. Concurrently there was a creamy undertone to the flavors and there was also an additional layer of mixed pepper on the retro-hale.

The second third of La Coalición Siglo saw the coffee notes take over as the sole primary note. The cocoa and cream notes diminished in intensity. Concurrently, the earth and cedar notes remained as constant background notes while there was a gradual increase of the pepper notes.

The final third saw the pepper notes close in on the coffee notes in the forefront, but didn’t quite overtake those notes. There still were notes of cedar and earth rounding out the flavor profile while the cocoa and cream notes were gone. This is the way the smoking experience of the La Coalición Siglo came to a close. The resulting nub was slightly soft to the touch and cool in temperature.

The burn of the Crowned Heads La Coalición Siglo performed very well. The cigar maintained a straight burn path and except for a little bit of jaggedness here and there, the burn line was relatively straight. The resulting ash was light gray. This wasn’t an overly tight ash, but it was far from loose and flakey either. The burn rate and burn temperature were both ideal. 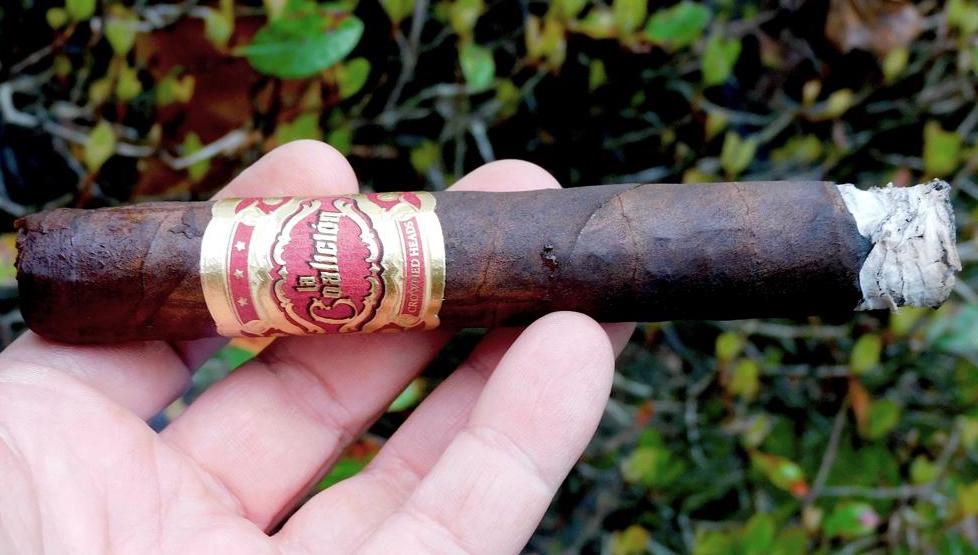 The La Coalición Siglo’s draw also performed very well. This cigar had a touch of resistance to it – which is something that I like. At the same time, this was a cigar that produced an ample amount of smoke.

The Crowned Heads La Coalición Siglo is not a cigar that is going to deliver a radical experience in terms of flavor for a Connecticut Broadleaf, but what it is going to do is deliver everything I would expect in a Connecticut Broadleaf cigar. The nuances of the flavors really shine with this flavor profile. This is a cigar that also kept me interested from start to finish.  At $13.50, this is a higher-priced Crowned Heads cigar, but certainly one worth the investment. It is a cigar I’d recommend to either a novice or experienced cigar enthusiast. As for myself, this is a cigar I would smoke again – and buy multiples to keep in my humidor.