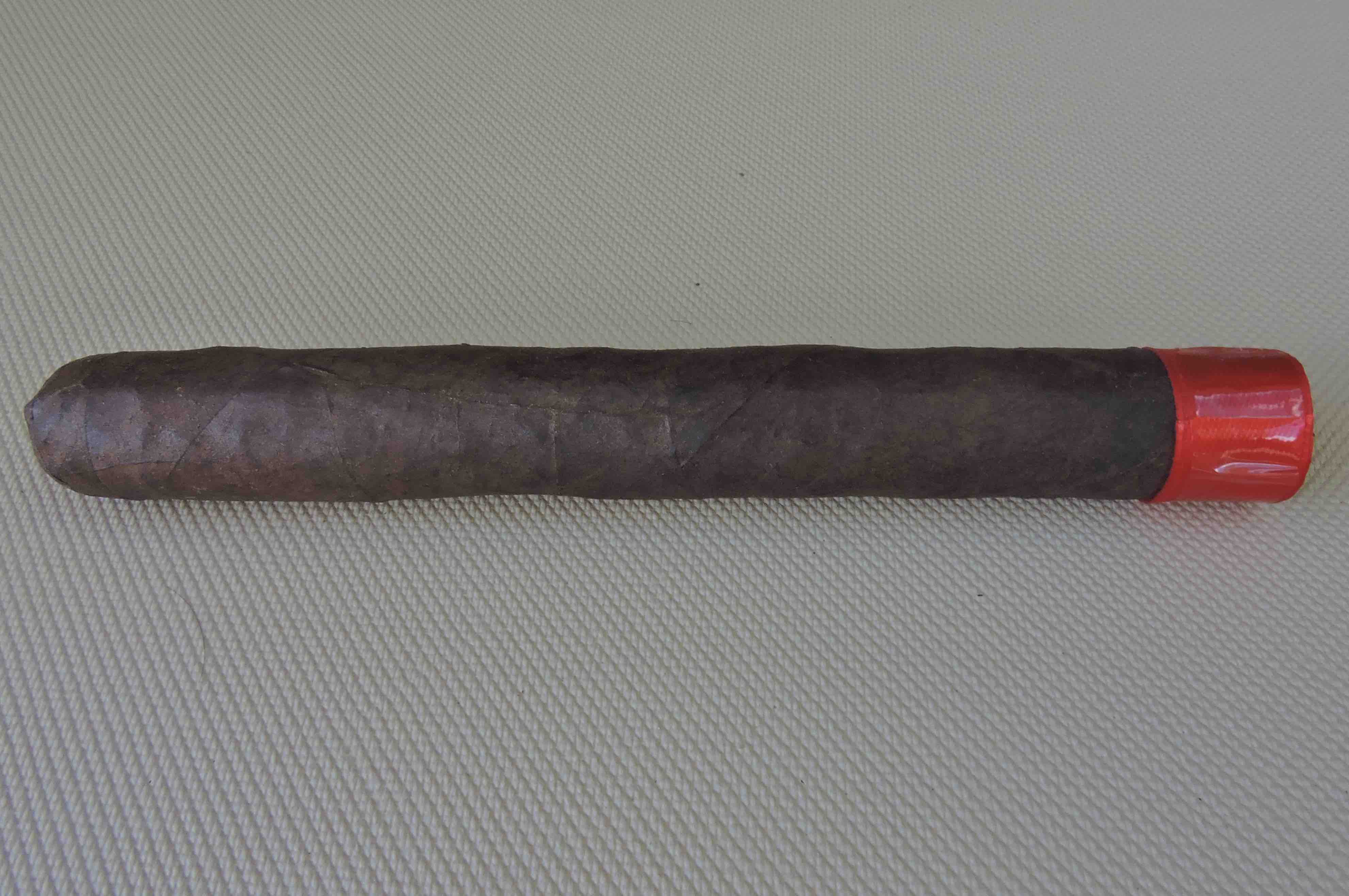 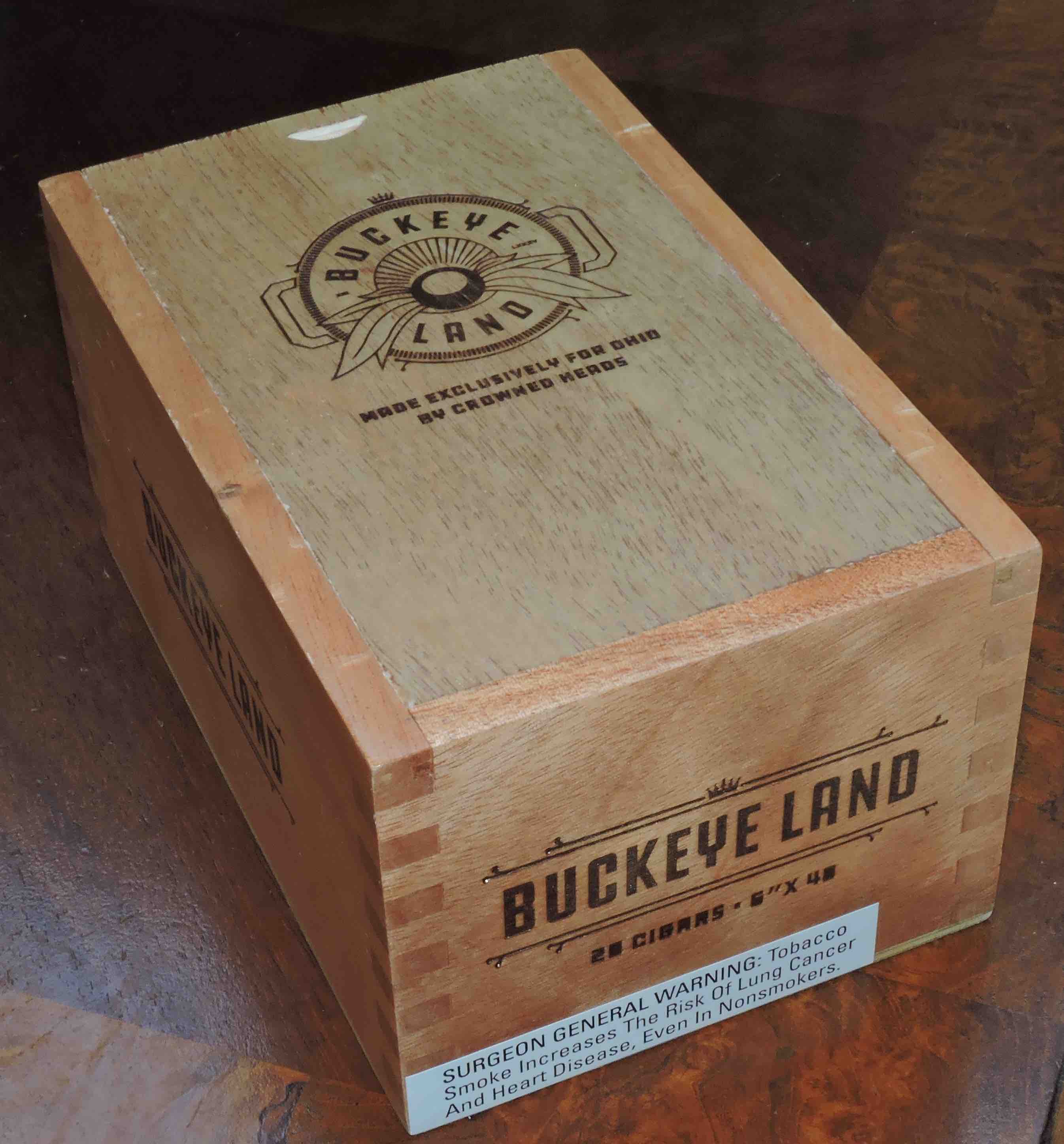 When Crowned Heads was formed in 2011, the company established a long-standing partnership with Ernesto Perez-Carrillo’s Tabacalera La Alianza in the Dominican Republic to produce its cigars. In 2014, the company added the My Father Cigars factory in Nicaragua as a second manufacturing partner. For the next four years, Crowned Heads would exclusively work with Tabacalera La Alianza and the My Father Cigars company. 2018 saw the company switch gears and test the waters with two additional factories. La Gran Fabrica Drew Estate would be one of those factories for the Buckeye Land regional release. The other would be a small factory in Nicaragua called Tabacalera Pichardo that would produce Juarez, an exclusive offering to Thompson Cigar.

As for the regional releases, the state of Tennessee would receive a cigar called the Tennessee Waltz and the state of Texas would receive a cigar called the Yellow Rose. In addition the state of Hawaii would receive a release called Paniolo Especiale – which technically has been an exclusive to Hawaiian retailer R. Field Wine Co. Paniolo Especiale is also different than the Tennessee Waltz, Yellow Rose, and Buckeye Land in that it has more of an ongoing annual release where the blend has had some variations. Finally, there have also been a couple of releases called Mason-Dixon Project consisting of a pair of cigars – one released to those states north of the Mason-Dixon Line and one released to states south of the line.

When it comes to the Tennessee Waltz, Yellow Rose, and Buckeye Land releases, Crowned Heads has given the opportunity for all retailers nationwide to purchase these cigars once a year on November 1st for a period of 24 hours through a program called Lawless Day. The program was launched in 2017 for Tennessee Waltz and Yellow Rose. In 2018, Buckeye Land was added to the regional cigars made available.

The name Buckeye Land was derived from the fact that Ohio is known as the Buckeye State and Jon Huber’s wife’s maiden name was Land.

Without further ado, let’s turn our attention to the Buckeye Land release and see what this cigar brings to the table.

The Crowned Heads Buckeye Land is available in one size – a 6 x 48 Short Churchill. The cigars are packaged in 20-count boxes. 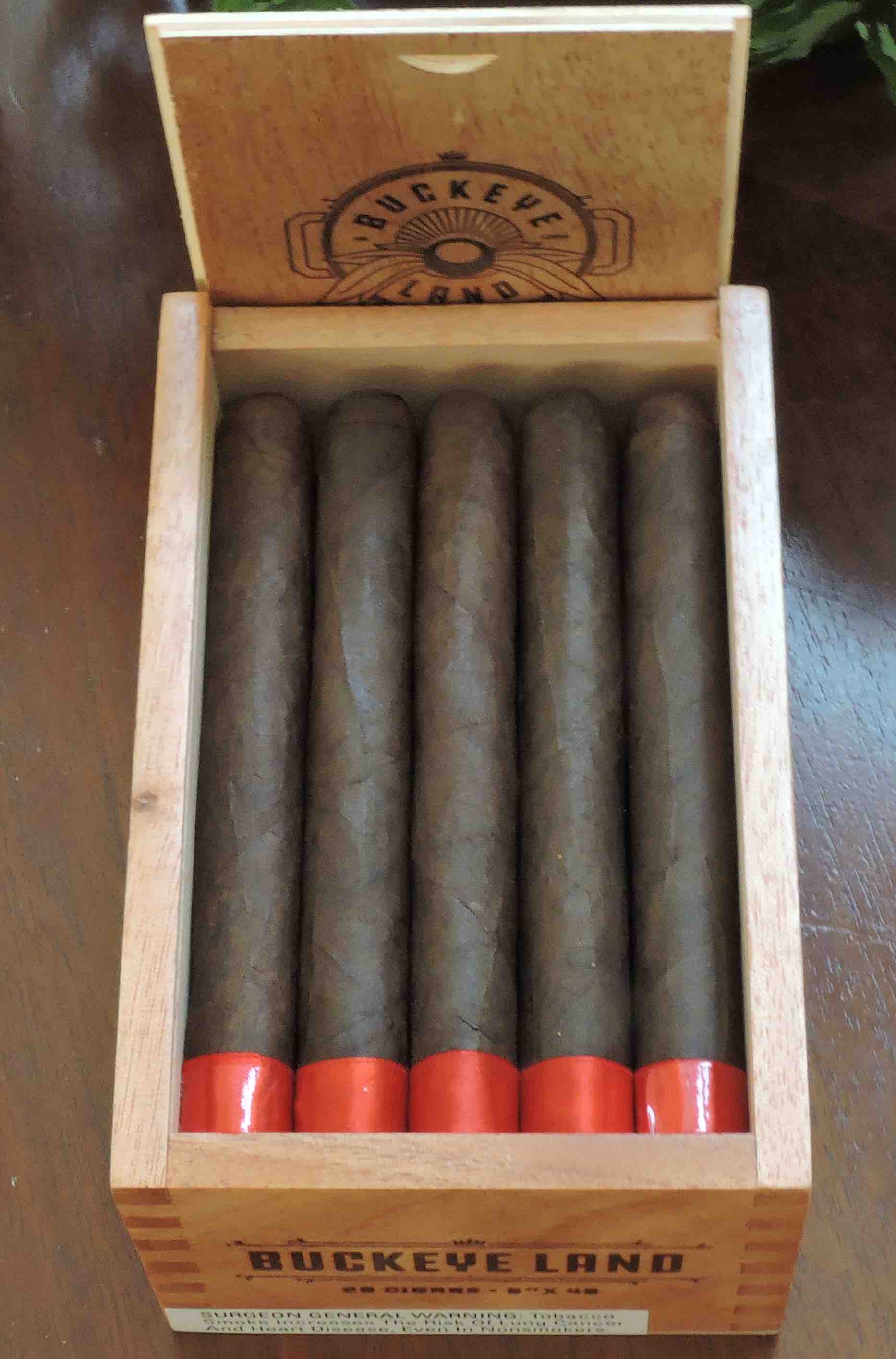 The Buckeye Land’s Mexican San Andres wrapper had a dark chocolate color to it. Even with the darker color, upon close examination there was some mottling could be seen on the wrapper. The wrapper itself had a very light sheen of oil on it. There were some visible veins and thin visible wrapper seams. There was a slight ruggedness to the wrapper which gave it some charm. 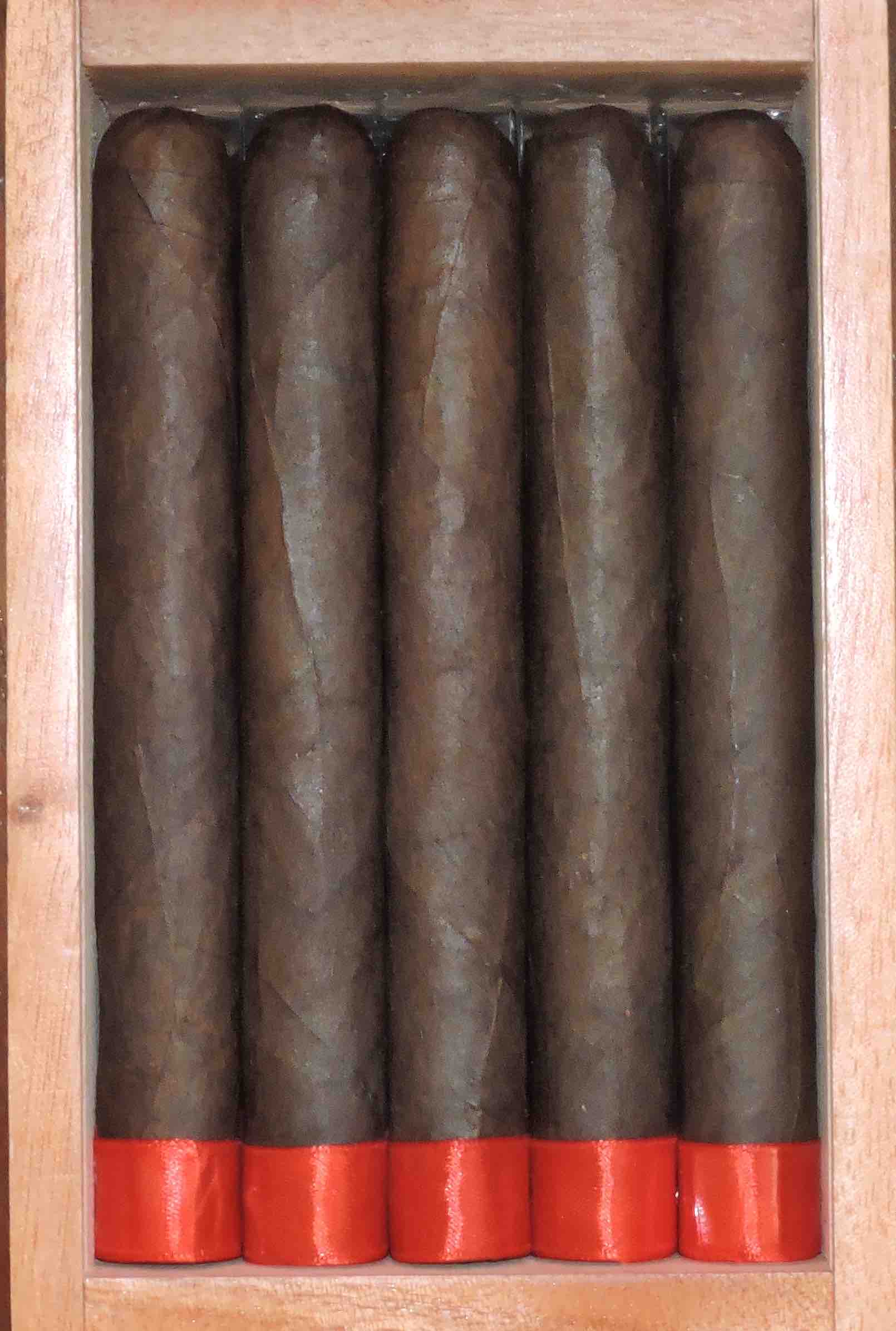 Buckeye Land does not have a band, but a red-colored ribbon is present by the footer.

A straight cut was used to remove the cap of the Buckeye Land. With the cap successfully detached it was time for the pre-light draw experience. The dry draw delivered a mix of earth, leather, and chocolate. I considered this to be a satisfactory pre-light draw. Before lighting up the Buckeye Land, the footer ribbon was removed and put onto the upper portion of the cigar (this is strictly a force of habit I have when lighting up a cigar with a footer band). At this point, it was time to light up the Buckeye Land and see what the smoking experience would have in store.

The Buckeye Land kicked off with notes of rich chocolate, espresso, wood, maduro sweetness (a fusion of dried fruit and natural tobacco), and a combination of black and red pepper. Early on the chocolate and espresso notes moved into the forefront. As the cigar moved through the first third, the chocolate notes got richer and surfaced as the primary note. There was also a slight nutty component to the chocolate flavor. The espresso joined the wood, maduro sweetness, and pepper in the background.

There were times throughout the latter part of the first third and early part of the second third where occasionally the maduro briefly popped into the forefront. Once the Buckeye Land crossed passed the midway point, the espresso notes returned to the forefront and displaced the chocolate as the primary note. The chocolate joined the maduro sweetness, wood, and pepper notes.

Later in the second third, the pepper notes increased in intensity while the maduro sweetness decreased in intensity. As the Buckeye Land headed into the final third, the espresso notes remained primary with the pepper and chocolate notes close secondary notes. Meanwhile, the wood and maduro sweetness were much more distant. This is the way the Buckeye Land came to a close. The resulting nub was firm to the touch and cool in temperature.

Overall the burn of the Crowned Heads Buckeye Land performed very well. There was a slight curvature to the burn from time to time, but in general this cigar maintained a straight burn path and didn’t require an excessive amount of touch-ups. The resulting ash was firm, but there was some occasional mild flaking. This was an ash that was silver-gray in color with some darker speckling mixed in. The burn rate and burn temperature were ideal. 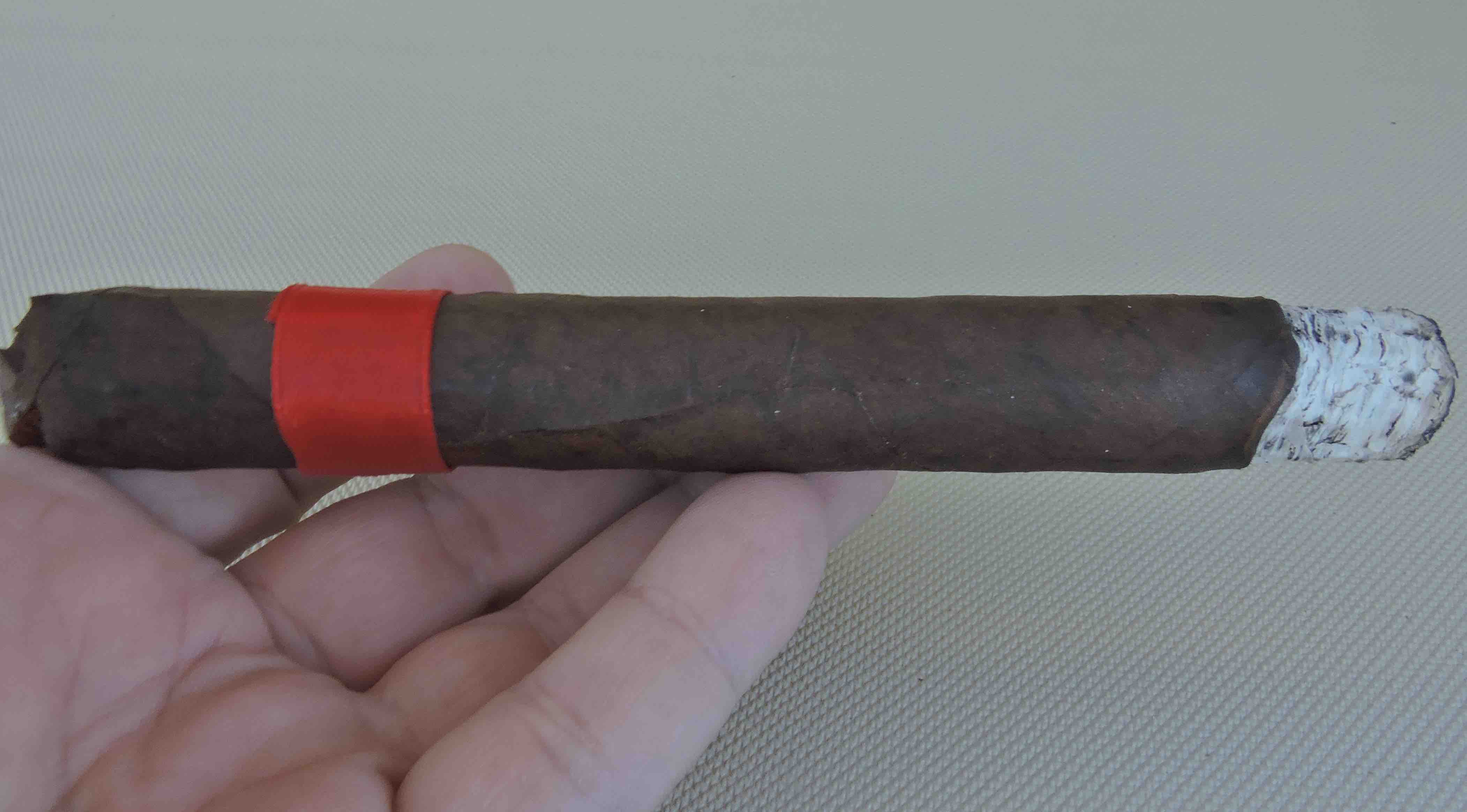 The draw to the Crowned Heads Buckeye Land had a touch of resistance – which is something that I like. This is also a cigar that produced abundant layers of smoke throughout the smoking experience.

The Crowned Heads Buckeye Land is one of the bolder cigars in the company’s portfolio. This is a cigar that started out medium to full in strength. Toward the last third, there was an increase in strength pushing the Buckeye Land close to full strength territory.

As for the flavors, this is a cigar that delivers full-bodied flavors from start to finish. When looking at strength versus body, I found the body had the edge.

In 2018 Crowned Heads was selected as our Prime Time Award Winner for Best Small Company. In my mind, the company earned this by doing a great job at rounding out its portfolio, expanding its horizons, and creating some exciting releases. While basically a regional release, the Buckeye Land is one cigar that fits the bill. It’s a cigar coming from Drew Estate which is exciting in itself and the fact that it comes from a different factory shows the company is expanding its horizons. It rounds out the company’s portfolio, offering something for those who wanted a bolder Crowned Heads smoke. Most importantly, the cigar delivers on flavor – providing rich, bold, layered flavors start to finish.

This is a cigar that I would definitely recommend to a more seasoned cigar enthusiast. As for myself, this is a cigar I would smoke again – and it’s one that earns box worthy consideration.