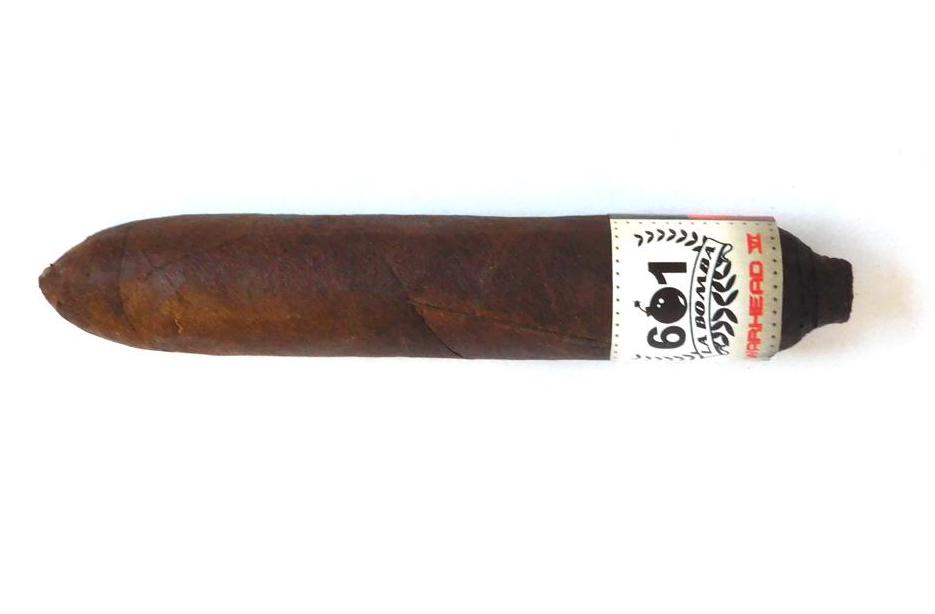 The 601 La Bomba Warhead Series is a near-annual limited cigar offered by Espinosa Cigars. Warhead is an extension of the original 601 La Bomba line, but it replaces the Nicaraguan Habano wrapper with a Broadleaf wrapper. As the name Warhead indicates, this is intended to be a stronger and bolder cigar. Each installment of the Warhead has featured a different size with a tweaked blend adjusted to that size as well as a different set of artwork. The first five releases have been box-pressed vitolas. With 2020’s sixth installment, the 601 La Bomba Warhead VI, the cigar is offered in a 5 x 58 perfecto in a rounded format – marking the first time the Warhead has not been box-pressed. Today we take a closer look at the Warhead VI installment.

The 601 brand has its origins with EO Brands, the company that Erik Espinosa owned with Eddie Ortega. Back in 2011, the 601 La Bomba line was introduced. When EO Brands dissolved, Espinosa took the 601 lines into his new company, Espinosa Premium Cigars. From there he has expanded the 601 La Bomba line (as well as the 601 brand as a whole) and added the Warhead line as a limited production offshoot.

The Warhead Series has been one of the most successful limited edition cigars in the history of the Cigar of the Year Countdown. Four of the past first five installments have landed on a Countdown (2013, 2014, 2017, 2020)

Without further ado, let’s break down the 601 La Bomba Warhead V and see what this cigar brings to the table.

In addition to the Broadleaf wrapper, the remainder of the 601 La Bomba Warhead VI consists of all-Nicaraguan tobaccos. Production for the cigar is handled out of AJ Fernandez’s San Lotano factory in Ocatel, Nicaragua where Espinosa Cigars produces the rest of the 601 brand.

For historical purposes, we recap the entire Warhead Series. With the exception of the recently released Warhead VI, the Warhead is an all box-pressed series. 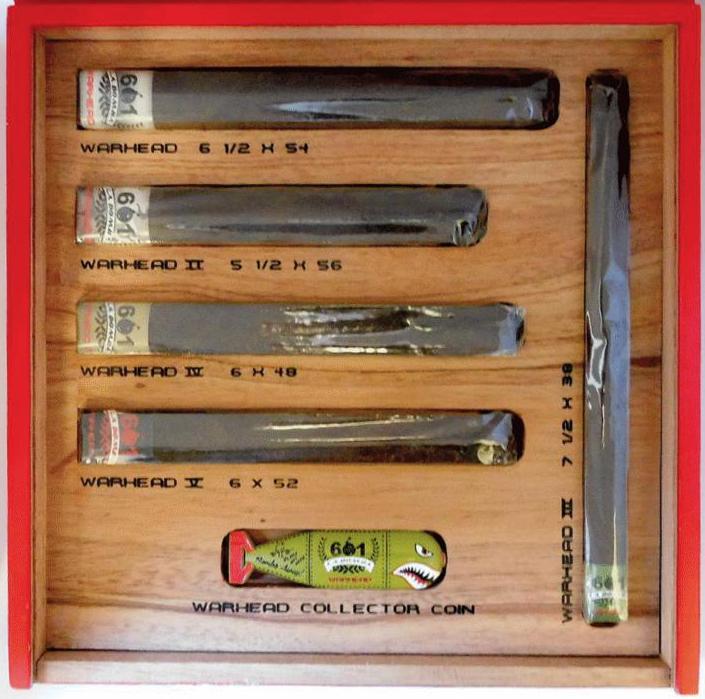 The Broadleaf wrapper of the Warhead VI had a chocolate brown color. Upon closer examination, there was a slight amount of mottling present. There was a light coating of oil on the wrapper. While there were some visible veins, this was still a relatively smooth wrapper. The dark color of the wrapper did a good job at hiding the wrapper seams. The perfecto size had a nozzle-style footer and a gentle taper toward the cap. 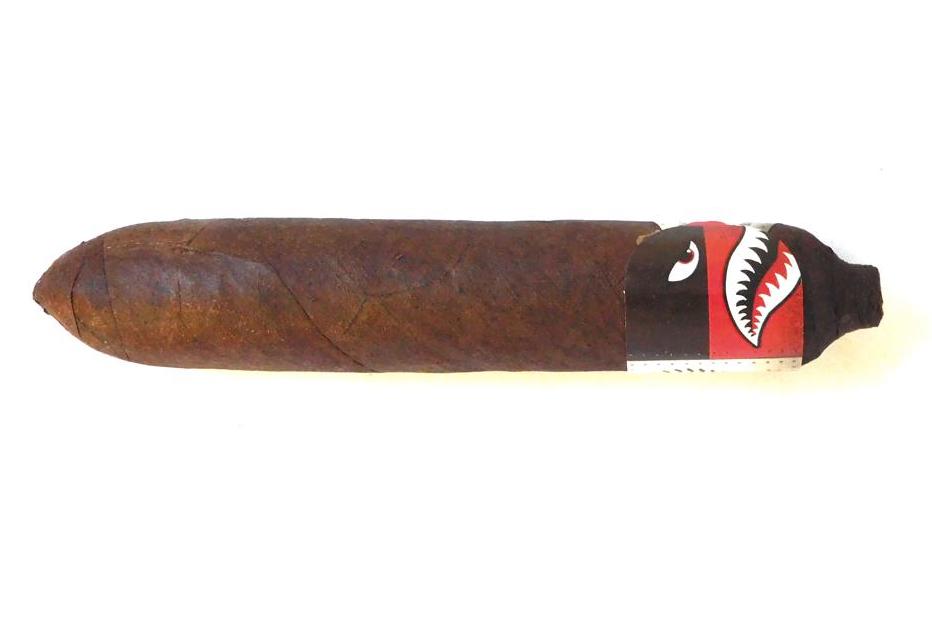 The Warhead VI features a footer band. While each of the Warhead installments has had a similar band design, there have been differences in the color scheme. Like the other installments of the series, Warhead VI still has the shark-face “bomb” design reminiscent of aircraft graffiti during the World War II era with a background that has a mostly gray and black design. On a “spray-painted” gray-colored background is the black 601 logo with a bomb design over the “0.” There is a black wreath design surrounding the left, right, and bottom of the logo. Across the lower part of the wreath is a white ribbon with the text “LA BOMBA” in black font. Below the wreath is the text “WARHEAD VI” in red font. The left side of the band contains some graffiti which includes the text “LIMITED EDITION 2020”, “KILROY WAS HERE” and “Bro!” The right side has a red, white, and black “shark face.” The tail has a red plate that says E 601 in black font.

A straight cut was used to commence the smoking experience of the Warhead VI. A small portion of the tip at the head of the cigar was removed to allow for some tapering of the cigar. Once the cap was removed it was on to the pre-light draw. The cold draw delivered a mix of mocha (a cross of coffee and chocolate) and wood). The mocha had a slight fudge quality to it. This was a straightforward, but excellent pre-light draw. At this point, it was time to remove the footer band of the Warhead VI, light up the cigar and see what the smoking phase would have in store.

As the Warhead VI moved into the second third, the mocha broke down with the coffee notes remaining primary and  the chocolate settled in the background with the cherry, wood, and red pepper notes. Meanwhile, some earth notes joined the coffee in the forefront.

Later in the second half, the red pepper notes increased on the tongue. This continued into the final third. The coffee and earth remained in the forefront, but the pepper was a close secondary note with the wood, cherry, and chocolate notes rounding things out. This is the way the Warhead VI came to a close. The resulting nub was slightly soft to the touch and cool in temperature.

The burn of the Warhead VI performed excellently. The smoke maintained a relatively straight burn line and straight burn path and did not require excessive touch-ups. The resulting ash was silver-gray. This was an ash that was on the firm side. As for the burn rate and burn temperature, both were ideal. 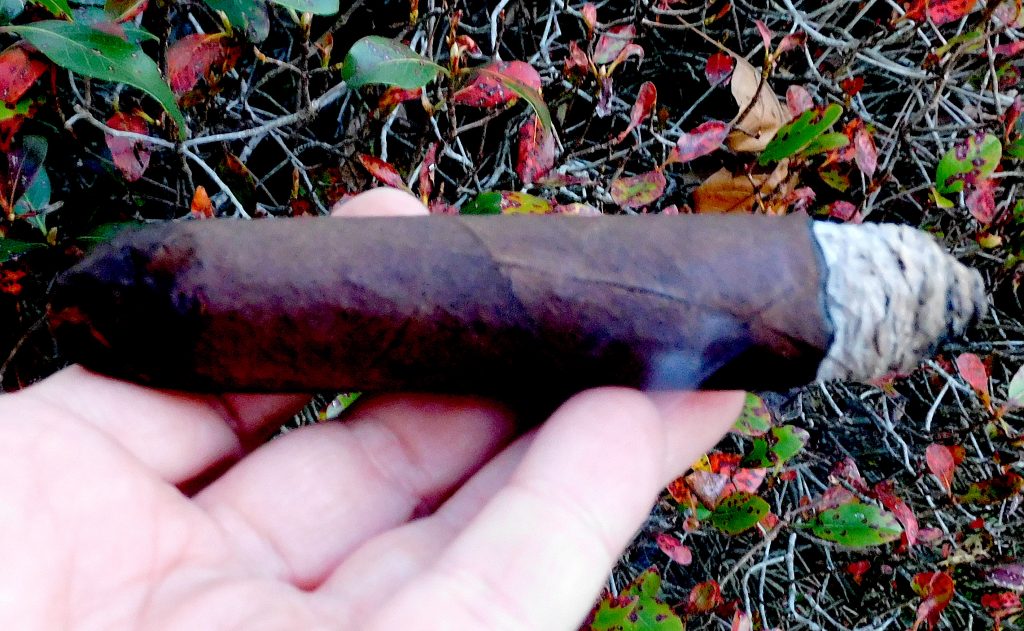 The Warhead VI had a touch of resistance to it. This is something I consider a positive and it makes for an excellent draw. This was also a cigar that had an abundant amount of smoke.

In terms of strength versus body, the strength maintained an edge throughout the smoking experience. The gap did close between both attributes in the second half. While the strength had the edge, it did not sacrifice the flavor of the Warhead VI.

There are two general observations I had with the Warhead VI. First up, while all of the Warhead releases have a common “DNA” when it comes to flavor, the Warhead VI seemed to be the most different. I’ll infer the fact that this is not a box-pressed vitola is one reason why. Second, the Warhead VI seemed to need more in the way of aging to reach its apex. Given our review cycle, it takes longer to turn around reviews so this worked in favor of the Warhead VI. In the end with eight months of age on it, the Warhead VI is performing quite well. Given this is a stronger, bolder cigar, it’s one I would recommend to a seasoned cigar enthusiast. As for myself, this is a cigar I would smoke again – and it’s one that garners box-worthy consideration. At 92 points it exceeds the Cigar Coop Standard of Excellence threshold.