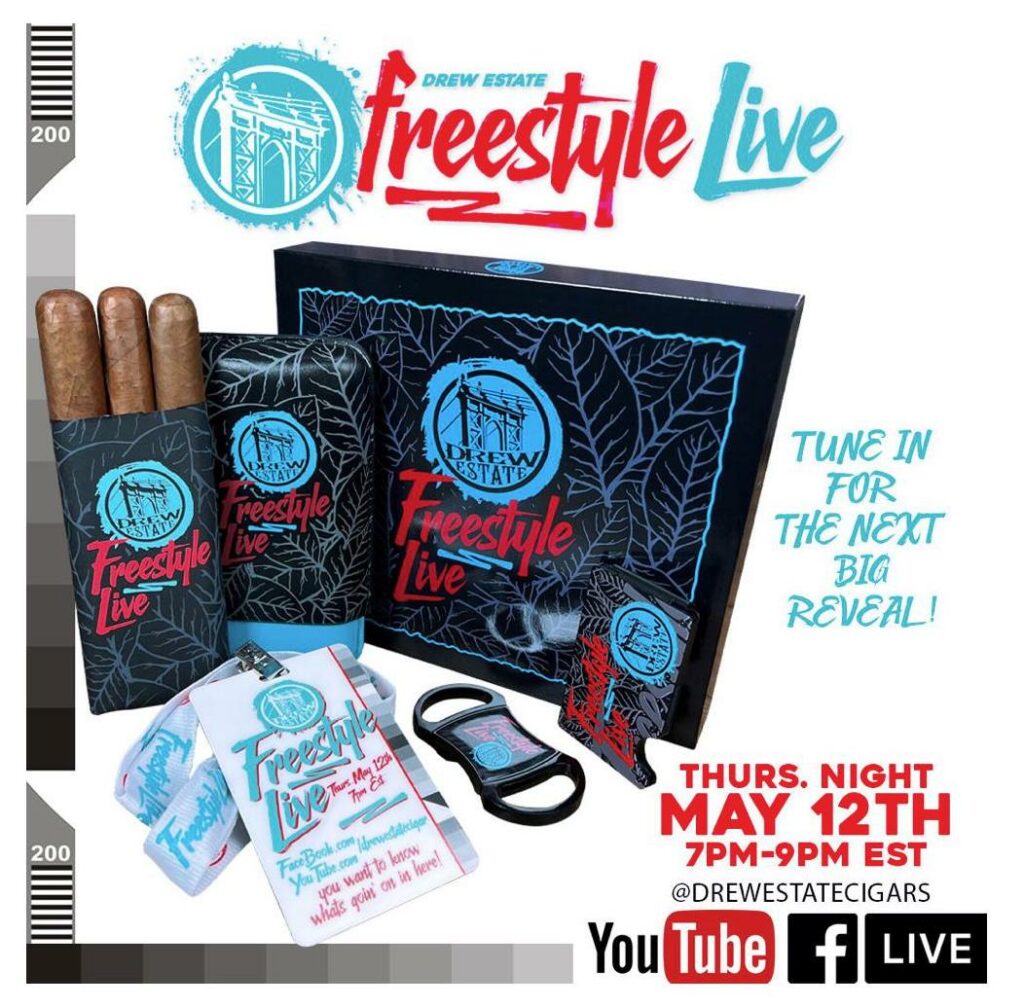 Once again, Drew Estate has announced it has a new cigar.

On May 12th on the company’s Freestyle Live: Special Edition broadcast, Drew Estate will introduce its newest premium cigar. And once again, the cigar will be offered as an unbanded pre-release as a part of a new Freestyle Live Event Pack. The event packs are scheduled to be available at participating retailers beginning April 11th.

The company has used this Freestyle Live event pack concept for the unveiling of the Undercrown 10 and FSG 20-Acre Farm releases.

“This Freestyle Live Event Pack is gonna set off a chain reaction for the follow-up Freestyle Live: Special Edition on May 12 due to the increase in packs we puttin’ on the street,” said Jonathan Drew, President and Founder of Drew Estate in a press release. “Trust me, gonna be a posse tuning in to try and guess what that new cigar could be.”

Participating retailers where Freestyle Live Event Packs will be available and contest rules can be found at drewestate.com/freestylelive2022 beginning on April 15.