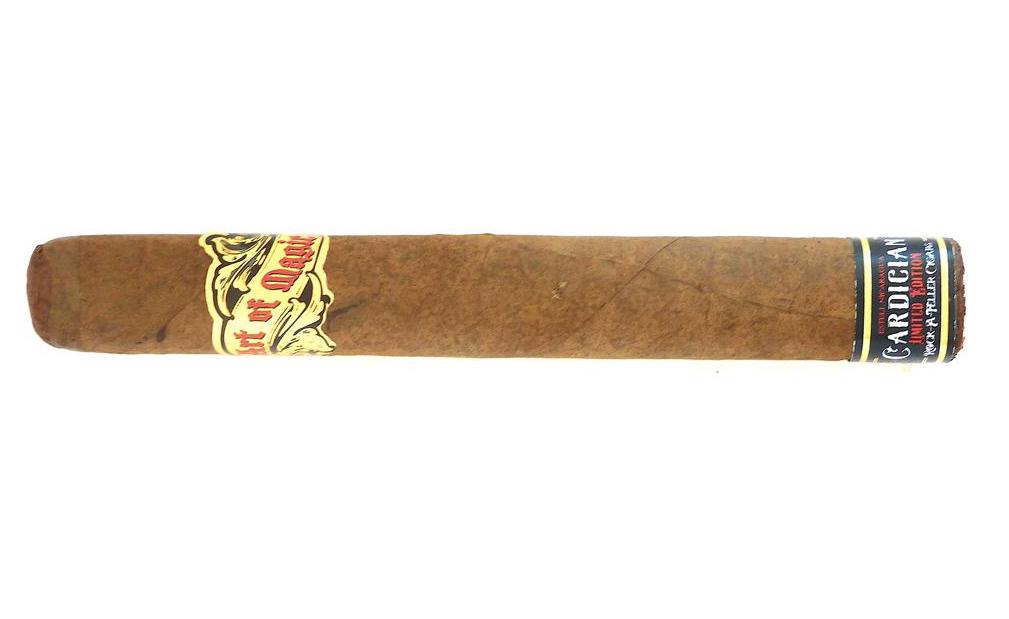 In 2020, word came from Vintage Rock-A-Feller Cigar Group (VRCG) of a limited edition offering known as the Art of Magic. Art of Magic was named because of VRCG owner Kevin Schweitzer’s love of Magic. It was a small batch release done out of the Aganorsa Leaf factory in Estelí, Nicaragua, but it caught the attention of many – including landing in the top ten of the Cigar Coop Countdown in 2021. Building on the success of Art of Magic, Schweitzer wasted no time in coming up with an encore, Art of Magic Cardician. This time Schweitzer would turn to the American Caribbean Cigars factory to develop the Art of Magic Cardician. It is the cigar we take a look at today.

The name Art of Magic is inspired by Schweitzer’s love of magic. Schweitzer himself is a magician and a member of the Society of American Magicians. The name Cardician has ties to magic as it is someone who is a master of card magic.

Before Art of Magic Cardician had a name and final packaging, Schweitzer would bring the cigar to the Tobacco Plus Expo 2021 (TPE 2021) for his guests to try. Later in 2021, the name and packaging would be revealed. The cigars were in a cardboard carton designed to look like a box for a large deck of cards. As with the original, Jessi Flores was contracted to create the original artwork. 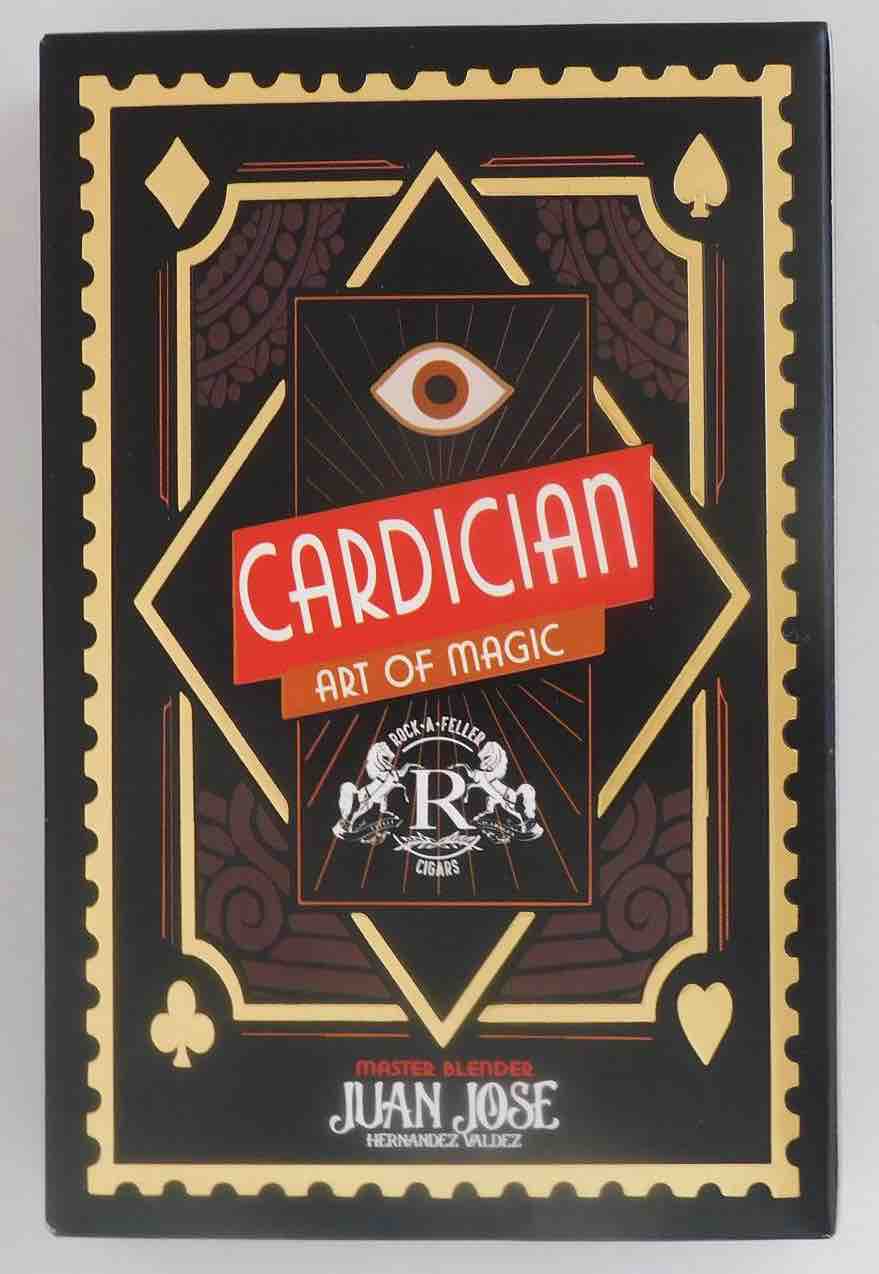 Packaging for the Art of Magic Cardician

Without further ado, let’s break down the Art of Magic Cardician and see what this cigar Brings to the table.

The Art of Magic Cardician is highlighted by an Ecuadorian-grown Cameroon seed wrapper. The Ecuadorian Cameroon leaf is wrapped over a blend of Nicaraguan tobaccos. Juan José Hernandez Valdez was the master blender behind this blend produced at American Caribbean Cigars

The Art of Magic Cardician is offered in one size – a 6 x 52 box-pressed Toro. There are ten cigars per box and the total production for the Cardician was 400 boxes. 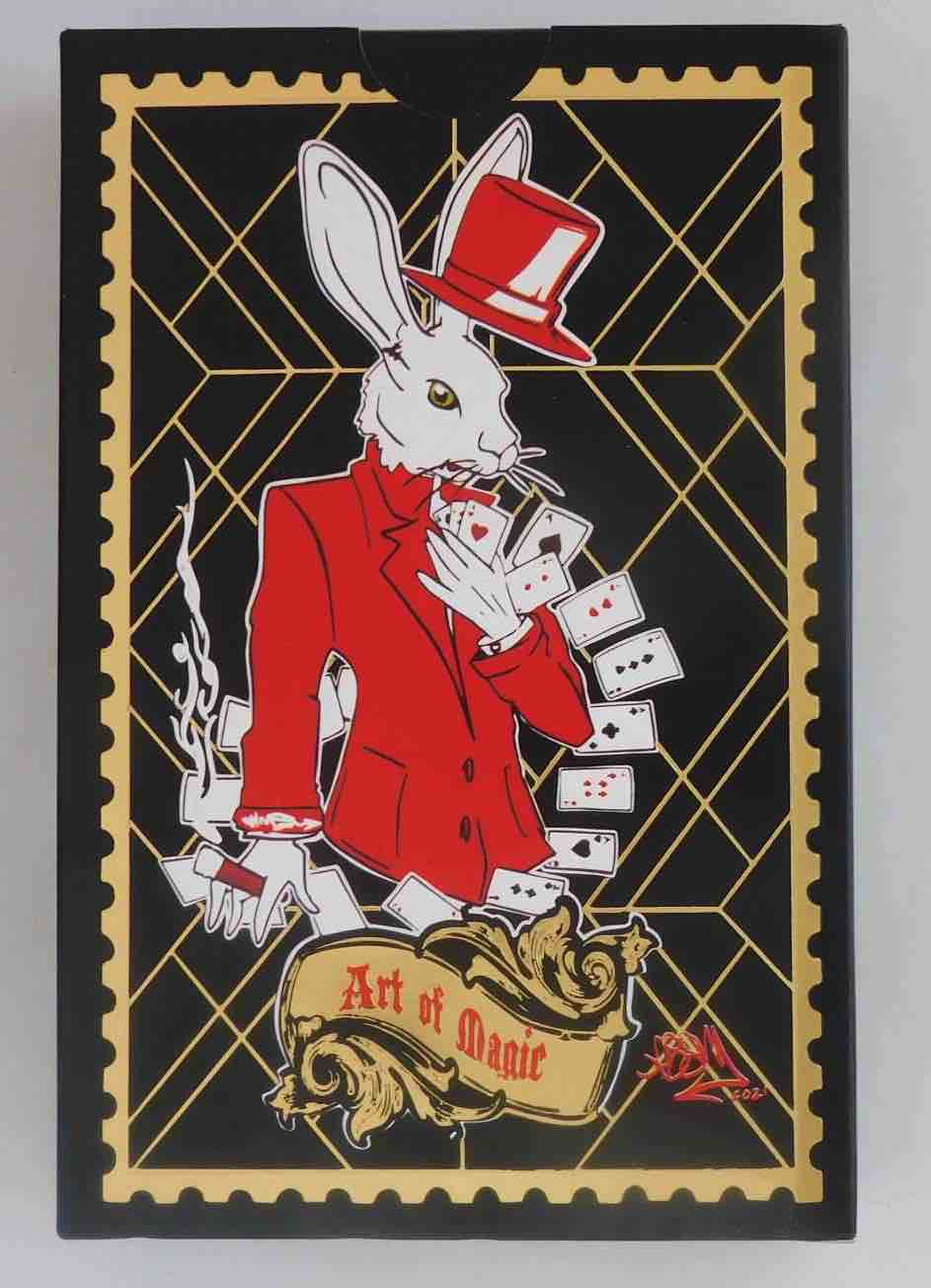 Packaging for the Art of Magic Cardician

The Ecuadorian Cameroon wrapper of the Art of Magic Cardician was light brown in color with a slightly weathered look. There wasn’t much oil on the surface of the wrapper, but there was some mottling present. The wrapper was almost void of veins on the surface, but there were some visible wrapper seams. As for the box-press, I wouldn’t categorize this as  a Cuban soft-press, but the press itself had a near rectangular press look with minimal rounding.

The Art of Magic Cardician has two bands. The primary band is consistent with the band released with the original Art of Magic Cigar. This is a band with a mostly black and gold design. On the center of the band was a gold ribbon-like design with the text “ART OF MAGIC” in red gothic font.

A straight cut was used to commence the smoking experience of the Art of Magic Cardician. Once the cap was removed, it was on the pre-light draw experience. The cold draw delivered a mix of natural tobacco sweetness, leather, and a slight cedar note. Overall this wasn’t the most exciting pre-light draw, but since the pre-light draw is not factored into the score of value rating, there was no loss of points here. At this point, it was time to remove the footer band of the Art of Magic Cardician, toast up the cigar, and see what the smoking experience would have in store.

By the second third of the Art of Magic Cardician, some earth notes moved into the forefront. The baker’s spice quickly increased and joined the earth notes in the forefront. Meanwhile the citrus, astingent, and natural tobacco notes remained in the background.

As the cigar moved into the final third, there wasn’t much of a change in the flavor profile except for the fact that the baker’s spice notes developed some harshness. This is the way the Art of Magic Cardician came to a close. The resulting nub was soft to the touch and cool in temperature, but toward the very end it turned a little lukewarm.

When it came to the burn, the Art of Magic Cardician maintained a straight burn line and had a straight burn path. This was a cigar that required minimal touch-ups along the way. The resulting ash was silver-gray. The ash wasn’t the firmest ash, but flaking didn’t really become a problem. The burn rate was ideal as this was about a 90-minute smoke. The burn temperature was ideal until the final puffs when it was a little lukewarm. 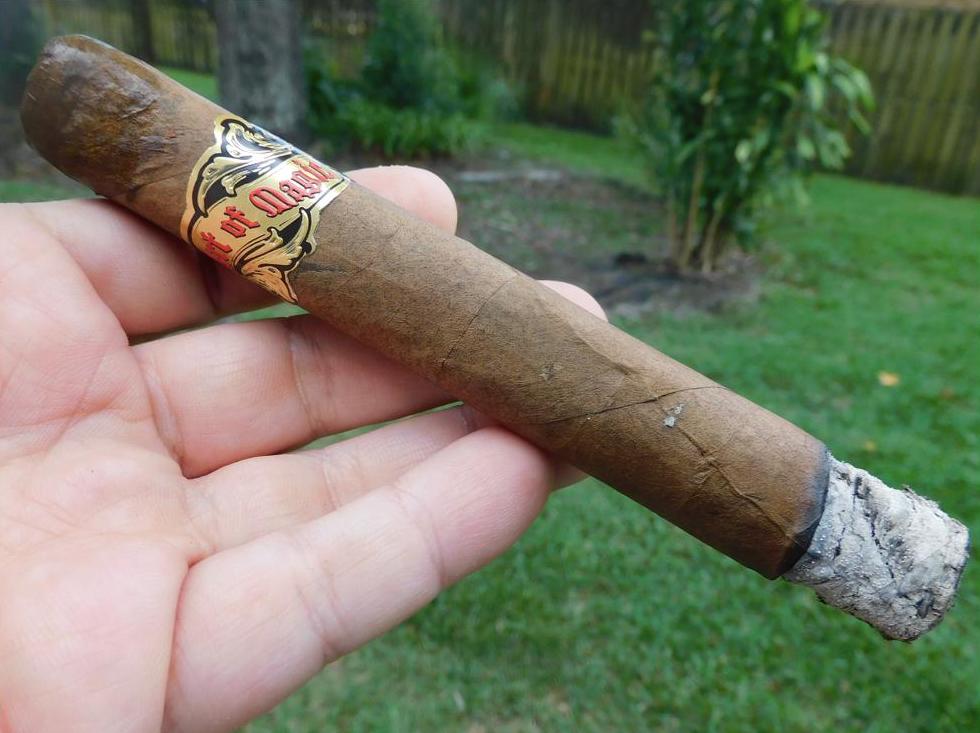 Burn of the Art of Magic Cardician

The draw to the Art of Magic Cardician was on the open side. This is a drawback to me on many box-pressed cigars. This might have led to the lukewarm burn at the very end, but overall the only adverse effect was the draw was just more open than I prefer.

The original Art of Magic was a very special cigar. When the Art of Magic Cardician was announced, I was quite excited. I was also curious to to see a box-pressed Ecuadorian Cameroon wrapper. One thing the Cardician had working against it was the original Art of Magic simply had a very high bar. Unfortunately, the Cardician didn’t live up to what’s its predecessor delivered. It’s not a bad cigar, but its a rather ordinary cigar that finishes up with some harshness. In the end with price point near $16.00 for a single cigar, this is one I recommend trying a sample first if you can.