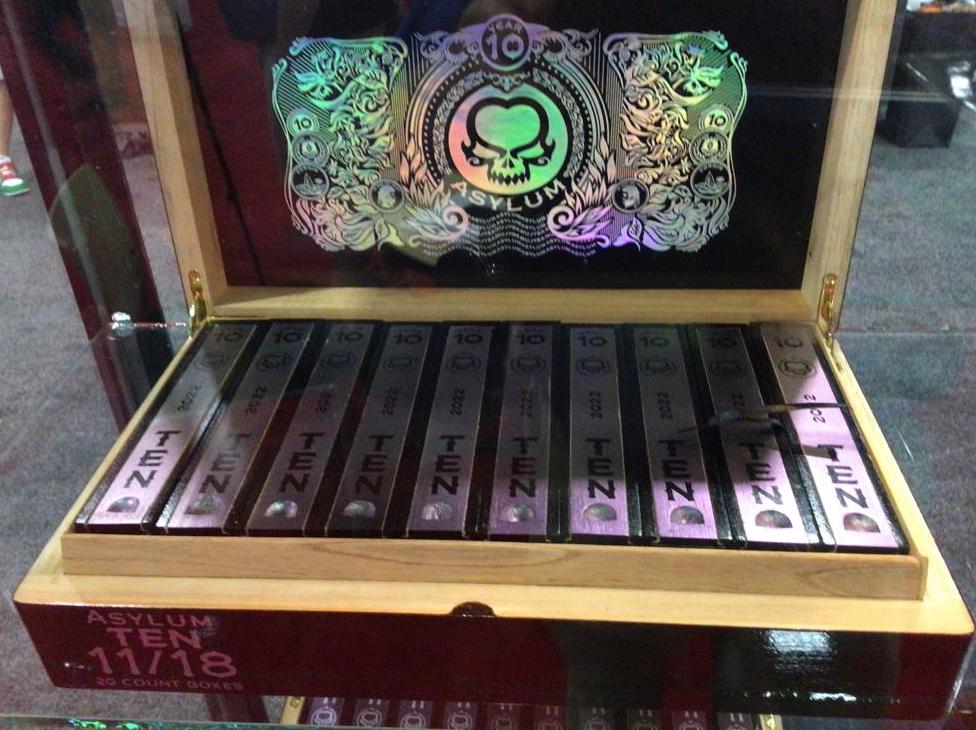 While the cigar was showcased, Asylum Cigars said all of the cigars were pre-sold prior to the Trade Show.  It’s the fourth consecutive year Asylum Cigars has released an anniversary cigar. Previous iterations include Asylum Seven, Asylum Eight, and Asylum Nine.

Like its predecessors, Asylum Ten is designed to be a premium offering in the brand. It comes in two sizes – 7 x 70 and 11/18 (6 x 48/54/48) Each cigar is presented in an individual coffin and the coffins are packaged ten per box.

Blend details for the Asylum Ten have not been disclosed.