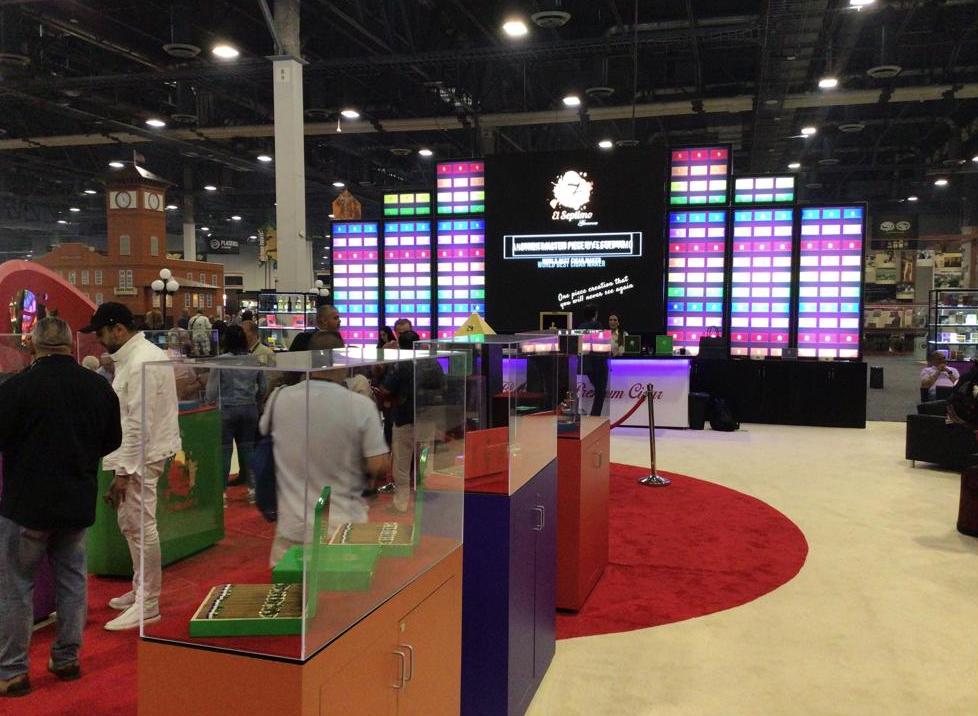 There was no doubt that at the 2022 Premium Cigar Association (PCA) Trade Show, El Septimo Geneva President and CEO Zaya Younan wanted to make a big splash. Younan is looking to take El Septimo Geneva to the next level when it comes to ultra-premium cigars. Younan prides himself on the fact that El Septimo has a huge potpourri in terms of the number of brands and blends. This year he launched a new collection of cigars called the Emperor Collection – which consists of ten different blends. However it really was on the accessories side where El Septimo made headlines – highlighted by a set of $5.5M (yes million) dollar lighters. 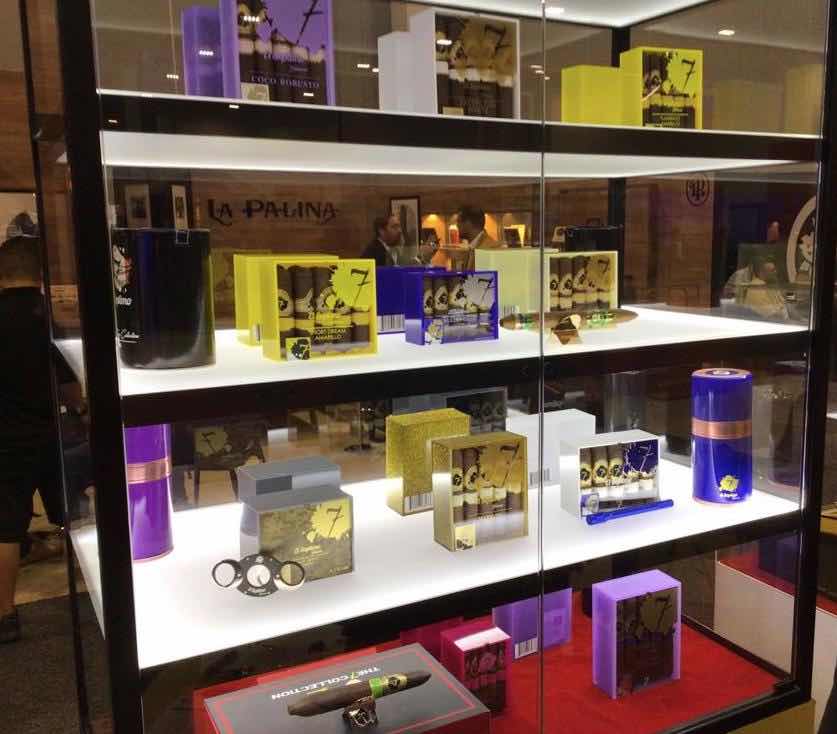 It was in 2019 that Younan Company announced it was acquiring the assets of Septimo Concepts SA, a brand of cigars made in Costa Rica since 2005. Younan Company is a global private equity firm that specializes in acquisitions and management of various assets and companies in the luxury consumer space. The company’s strategy is to build a portfolio of luxury products and properties, lifestyle companies and services, and it is recognized as a global luxury brand with more than $1.2 billion in assets under management. The acquisition of Septimo Concepts allowed them to add premium cigars into the luxury space. Prior to the acquisition, Septimo was sold in select European markets. Since then the company has added several new collections to its portfolio and has now made a push into the U.S. market.

As mentioned, El Septimo delivered ten new blends with the Emperor Collection. This includes six cigars that are El Septimo Geneva’s first with a Connecticut wrapper.

The ten cigars of the Emperor Collection will pay homage to historical rulers including Alexander the Great, Caesar Augustus, Napoleon, Yao, and King Sargon. The Alexander III and Augustus offerings will be exclusively Connecticut-wrapped offerings. King Sargon, Napoleon and Yao will be available in both Connecticut and Maduro. 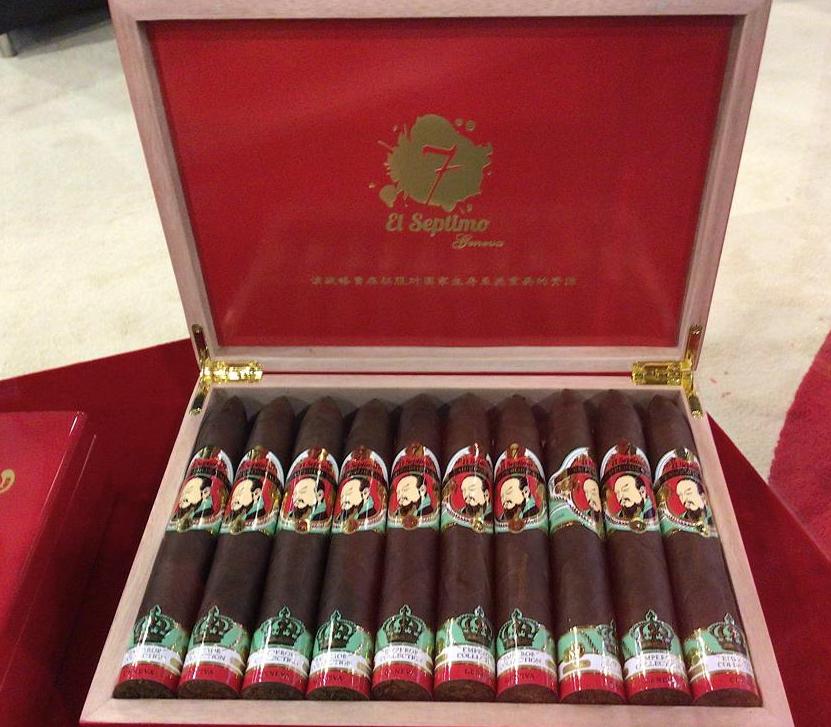 King Sargon is actually a cigar that was released previously with the Gilgamesh Collection. This year King Sargon will be “crossing over” to the Emperor Collection with two special sizes Toro (7 1/4 x 50) and Robusto (4 1/4 x 54) in both a Connecticut and Maduro. The four cigars will only be available for purchase in a Gilgamesh Collection-themed humidor, which will be available in five other designs, or through purchasing a limited-edition large humidor that comes with all four cigars and a rare bottle of El Septimo Cognac.

Pricing for the Emperor Collection offerings range from $10.00 SRP to $32.00 SRP per cigar. 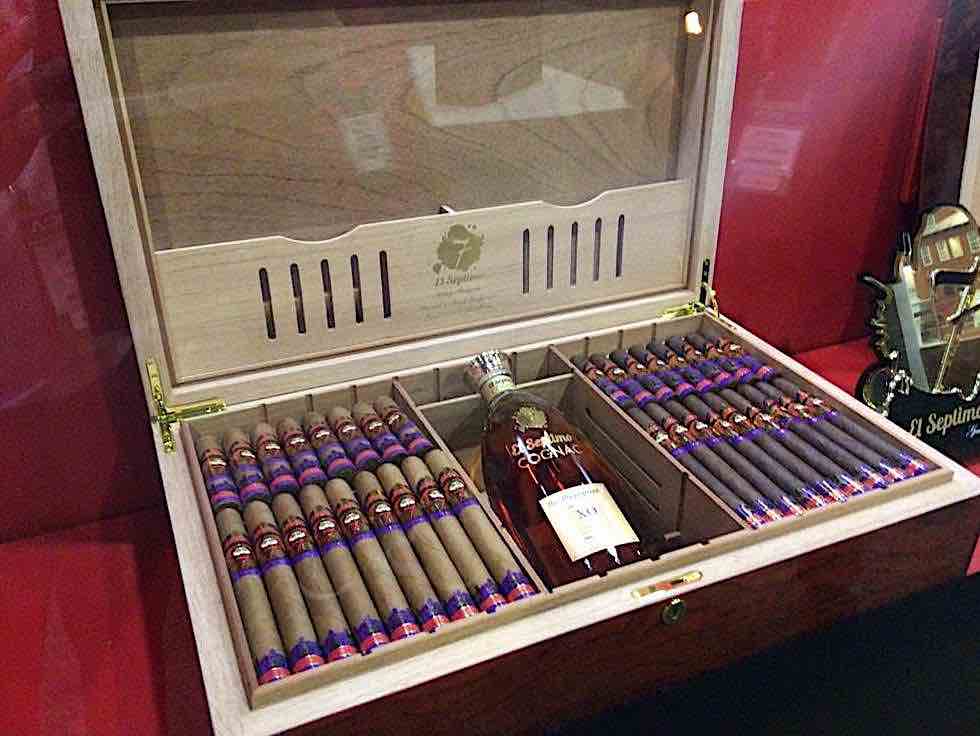 Then there are the 5.5 million dollar lighters. Each of these lighters were selling for more money than some retailer and cigar company’s value. There are three lighters – each paying homage to one of El Septum’s premium cigar collections. There is one for the Emperor Collection, Sacred Arts Collection, and Zaya Collection. These lighters are made of gold and contain many jewels on them. The number pieces that make up each lighter are astonishing.  The Emperor Collection lighter is made with 80 pieces, the Sacred Arts Collection lighter has 89 while the Zaya Collection contains 109 pieces. 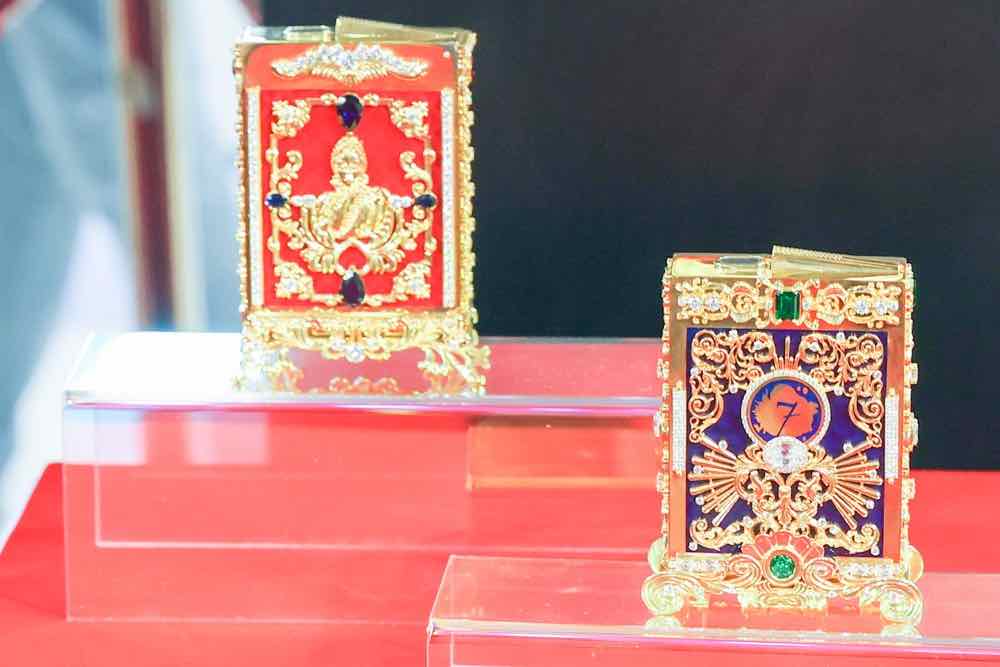 Youman said he wasn’t sure if he would sell the lighters, and the worst case scenario was he would dissemble the parts that made up the units. During the trade show, the lighters literally had their own security units. 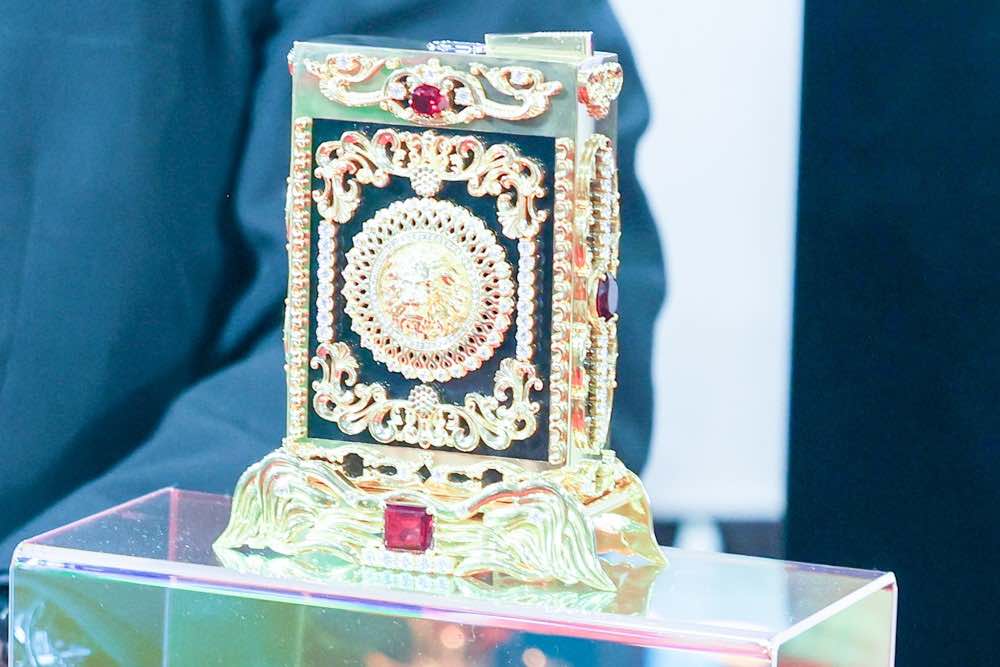 El Septimo Geneva introduced what it called a “one of a kind masterpiece cigar humidor.” The unit was designed by world-renowned French artist Michel Audiard. TA team of five craftsmen worked on making this Emperor Collection humidor that has been entirely gilded with 24-karat gold leaf by Christine Onillon, who has been working for 25 years in collaboration withl Audiard. Included with the humidor is the El Septimo pen which is designed with the Royal Salomon shape of the recently announced El Septimo Emperor Collection Napoleon and covered in 24-karat gold leaf. The humidor has been specifically fitted out and designed to present the Emperor Cigar Pen surrounded by El Septimo cigars. 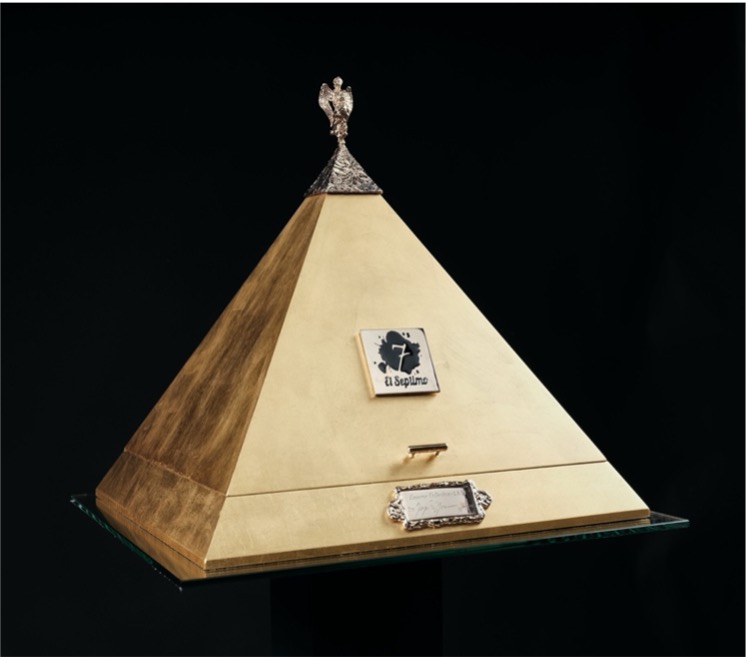 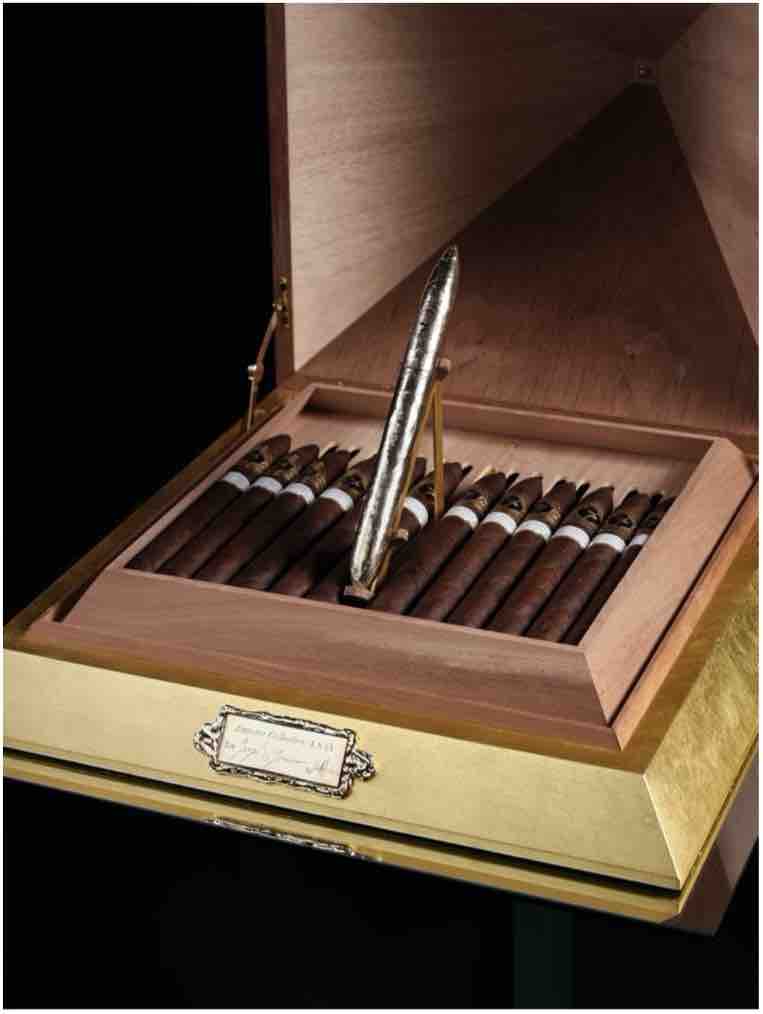 Finally, if you can’t or don’t want to shell out millions for the tabletop lighters, there are some options that are more affordable. Shortly after the Trade Show,  El Septimo announced a series of ten luxury lighters and pens that will complement its Emperor and Sacred Arts Collection of cigars.  The lighters and pens were designed by MPA Studio de Creation, which is the design agency of La Maison Younan (El Septimo’s parent company) design agency in Paris. The lighters will offer both a soft and jet flame. They will be priced from $245.00 to $1,500.00. The pens will retail between $200.00 to $275.00. 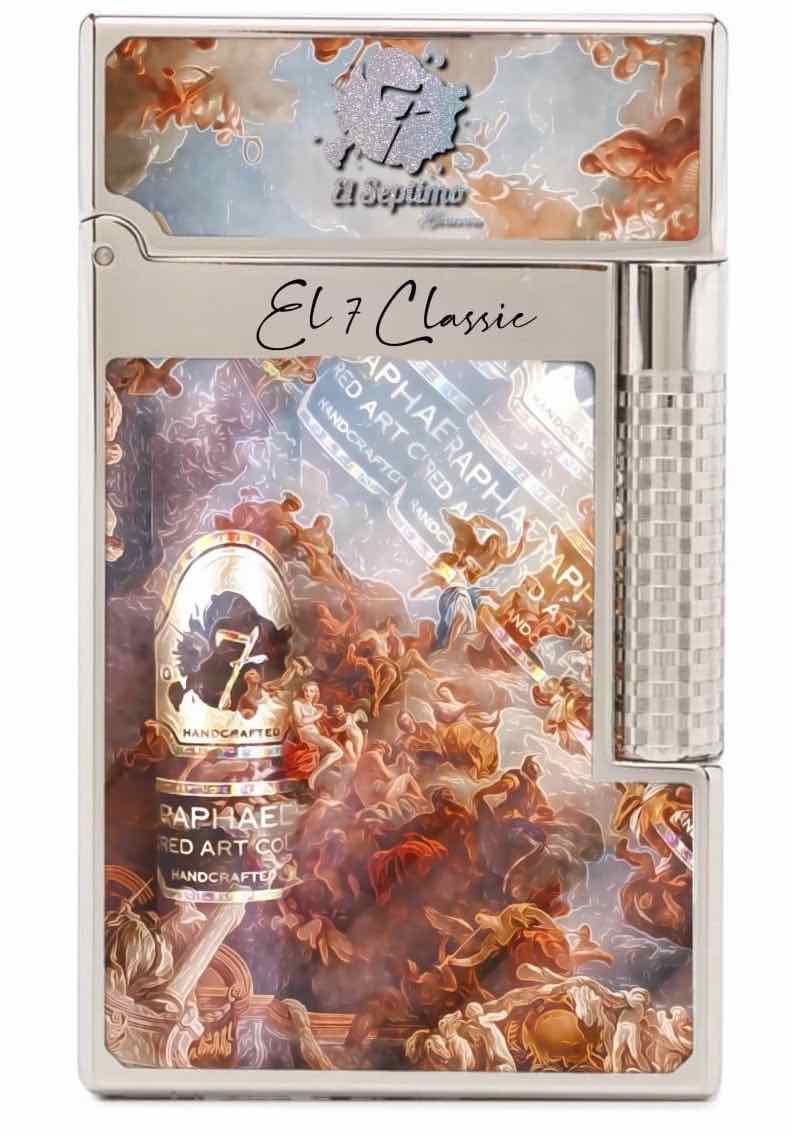