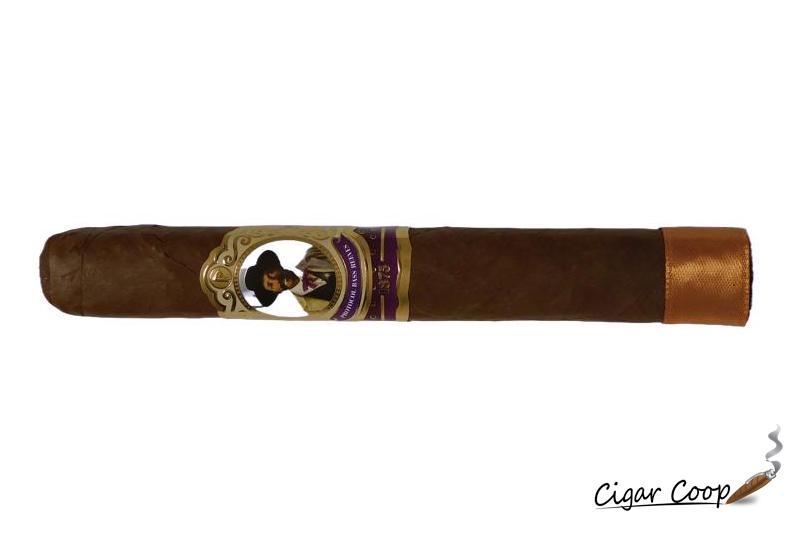 Today we take a look at the Protocol Bass Reeves Natural. Protocol Bass Reeves is the third installment of Protocol’s Lawman Series. The Lawman Series is an extension of Protocol Cigars’ theme of cigars and law enforcement. The Lawman Series pays homage to some of the historical figures in law enforcement. This series is intended to be a more premium offering in the Protocol Cigars portfolio as a whole. This is reflected in both the blends and the corresponding packaging. As far as Bass Reeves goes, he was one of the first Black U.S. Deputy Marshals. According to Protocol Cigars, Bass Reeves arrested 3,000 criminals during his long career in Arkansas and the Oklahoma Territory. Historian Art Burton has said that Reeves was the inspiration for the character of the Lone Ranger. Protocol Bass Reeves was released in two blends – Natural and Maduro. As mentioned, our focus in this assessment is on the Natural blend. 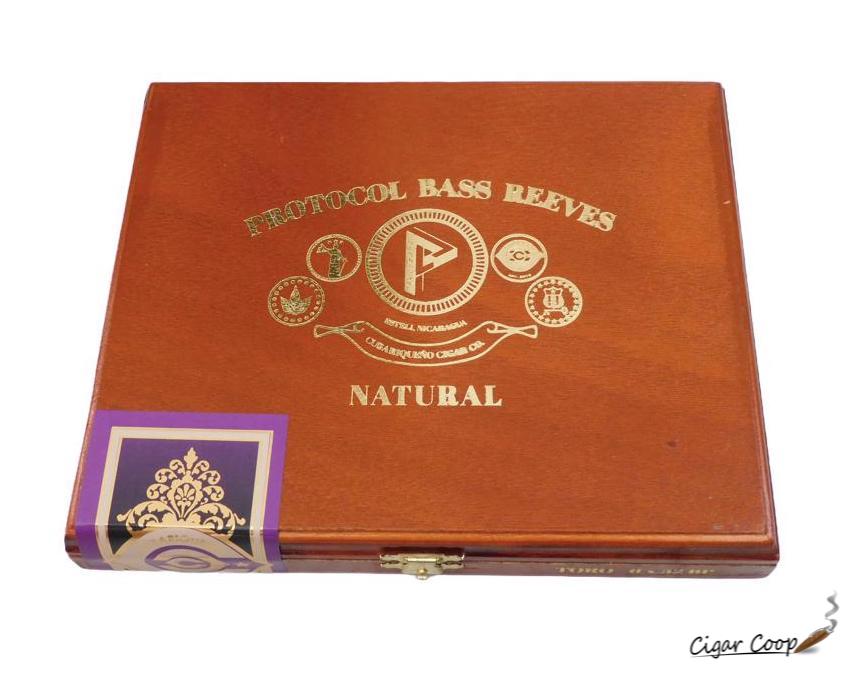 To date, there have been three installments to the Lawmen Series with a fourth to be released later this year or early next year. Each of the installments has been released in Natural and Maduro lines.

Without further ado, let’s break down the Protocol Bass Reeves Natural and see what this cigar brings to the table.

The Protocol Bass Reeves Maduro has the first Sumatra wrapper used in the regular production Protocol lines. In addition to the Ecuadorian Sumatra wrapper, the remainder of the blend consists of all-Nicaraguan tobaccos. Production comes from AJ Fernandez’s San Lotano factory in Ocotal, Nicaragua.

The Protocol Bass Reeves Natural has been released in one size – a 6 x 52 box-pressed Toro. This is the same size and format that the other installments of the Lawmen Series were first released in. The cigars were presented in ten-count boxes. 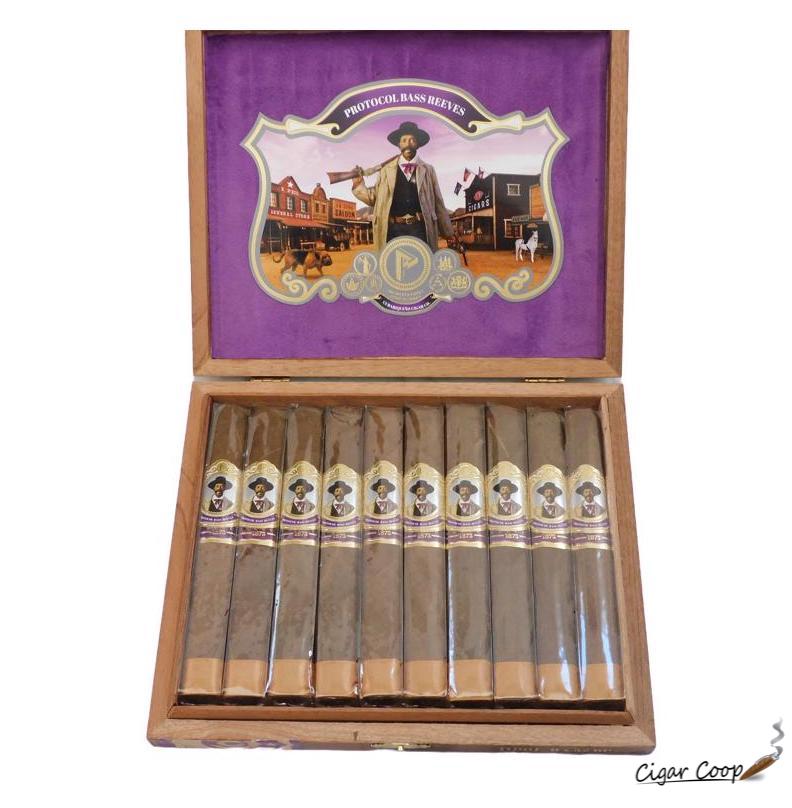 The Ecuadorian Sumatra wrapper of the Protocol Bass Reeves Natural had medium brown color to it. While there wasn’t much in the way of oils on the wrapper, the wrapper did have a silky complexion to it. There were some visible veins and some thin visible wrapper seams on the surface. The box press has more of a square press design to it.

There are two bands on the Protocol Bass Reeves Natural. The primary band has a gold, purple, and white color scheme. On the center of the band is a portrait of Bass Reeves on a silver background. Above the picture is a gold Protocol “P” on a gold circular field. Just under the picture is a purple ribbon-like design with the text “PROTOCOL BASS REEVES” in white font. Surrounding the portrait is a gold shield and a series of gold medallions. There are images on each of the gold medallions that have significance to Protocol Cigars and law enforcement in general. Co-owner Juan Cancel has referred to these as “Easter eggs.” To the left of the portrait is the text “ESTELI NICARAGUA” in white font on a purple background while to the right is the text “LAWMEN SERIES – also in white font on a purple background. 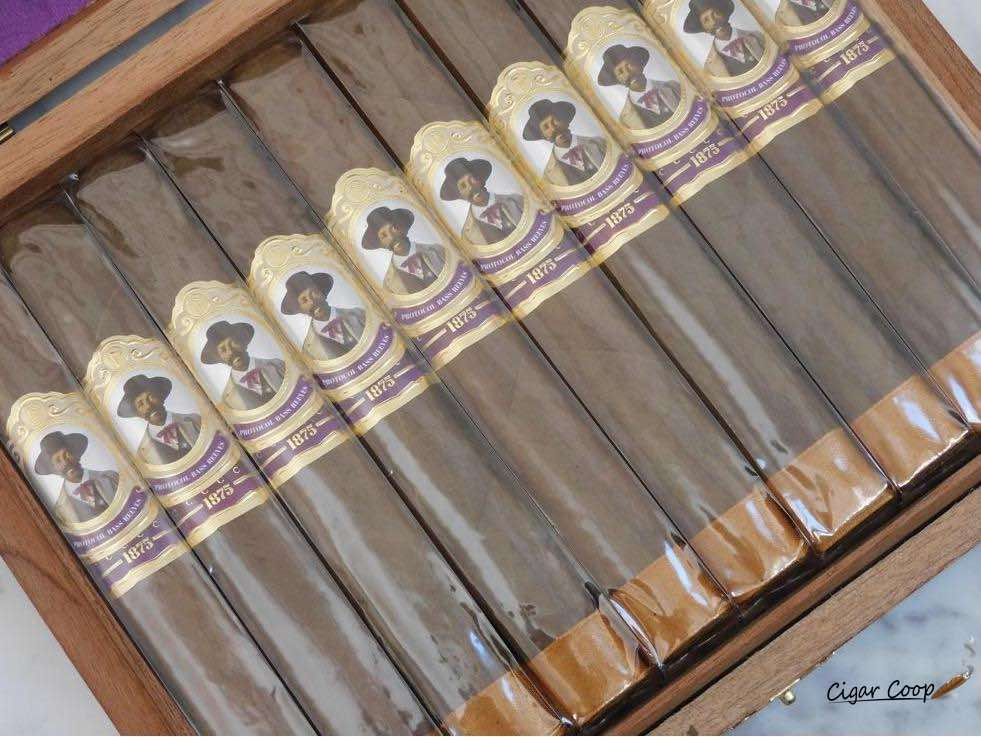 The primary band rests over a secondary band. This band is purple in color with some gold-colored “C”s arranged in a wallpaper-like fashion. The lower part of the band has the text “1875” (representing the year Reeves was sworn in as a U.S. Deputy Marshal) The lower part of the band has gold trim with a slightly irregular edge. A yellow ribbon surrounds the footer of the cigar.

A straight cut was used to remove the cap of the Protocol Bass Reeves Natural. Once the cap was removed, it was on to the pre-light draw. The cold draw delivered a mix of earth, cedar, and a slight amount of fruit sweetness. Overall this proved to be a satisfactory pre-light draw experience. At this point, it was time to remove the footer ribbon from the Protocol Bass Reeves Natural, light up this cigar, and progress to the smoking phase.

Toward the later part of the second third, there was a surge in the pepper notes. The pepper along with the mineral notes took over the final third. This resulted in the earth notes joining the cedar and fruit notes in the background. This is the way the Protocol Bass Reeves Natural came to a close. The resulting nub was soft to the touch and cool in temperature.

The Protocol Bass Reeves Natural required multiple touch-ups to maintain a straight burn path. The burn line also was somewhat jagged throughout the smoking experience. While the touch-ups did the trick, there were more frequent touch-ups needed than I prefer. The resulting ash wasn’t overly firm. This was an ash that had several shades of gray to it. The burn rate and burn temperature both maintained ideal levels. 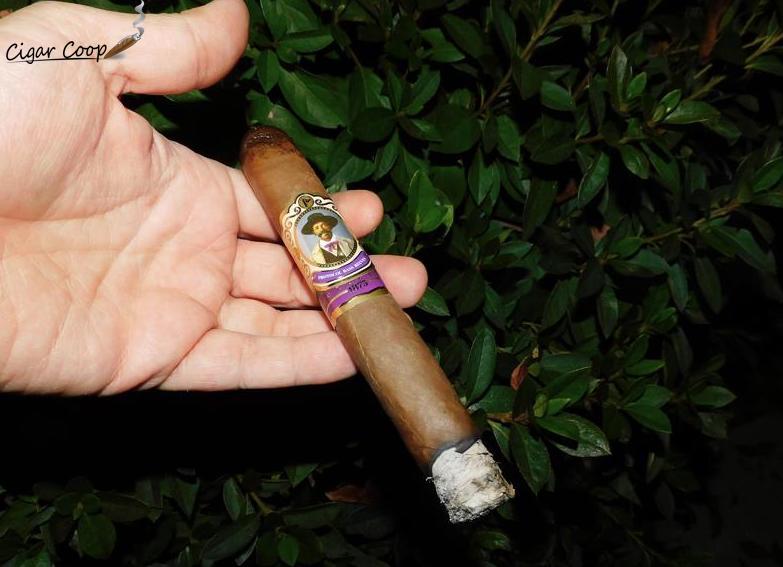 The draw to the Protocol Bass Reeves Natural was on the open side. This was a more open draw than I preferred on the cigar. This didn’t result in any adverse effects on the smoking experience other than the fact the draw was quite open.

The strength and body of the Protocol Bass Reeves Natural started out mild to medium. As the cigar experience progressed, the intensity of the strength and the body grew gradually and linearly.  It progressed to medium in the second third, and by the final third moved into the medium to full territory. Throughout the smoking experience, the body maintained a slight edge over the strength.