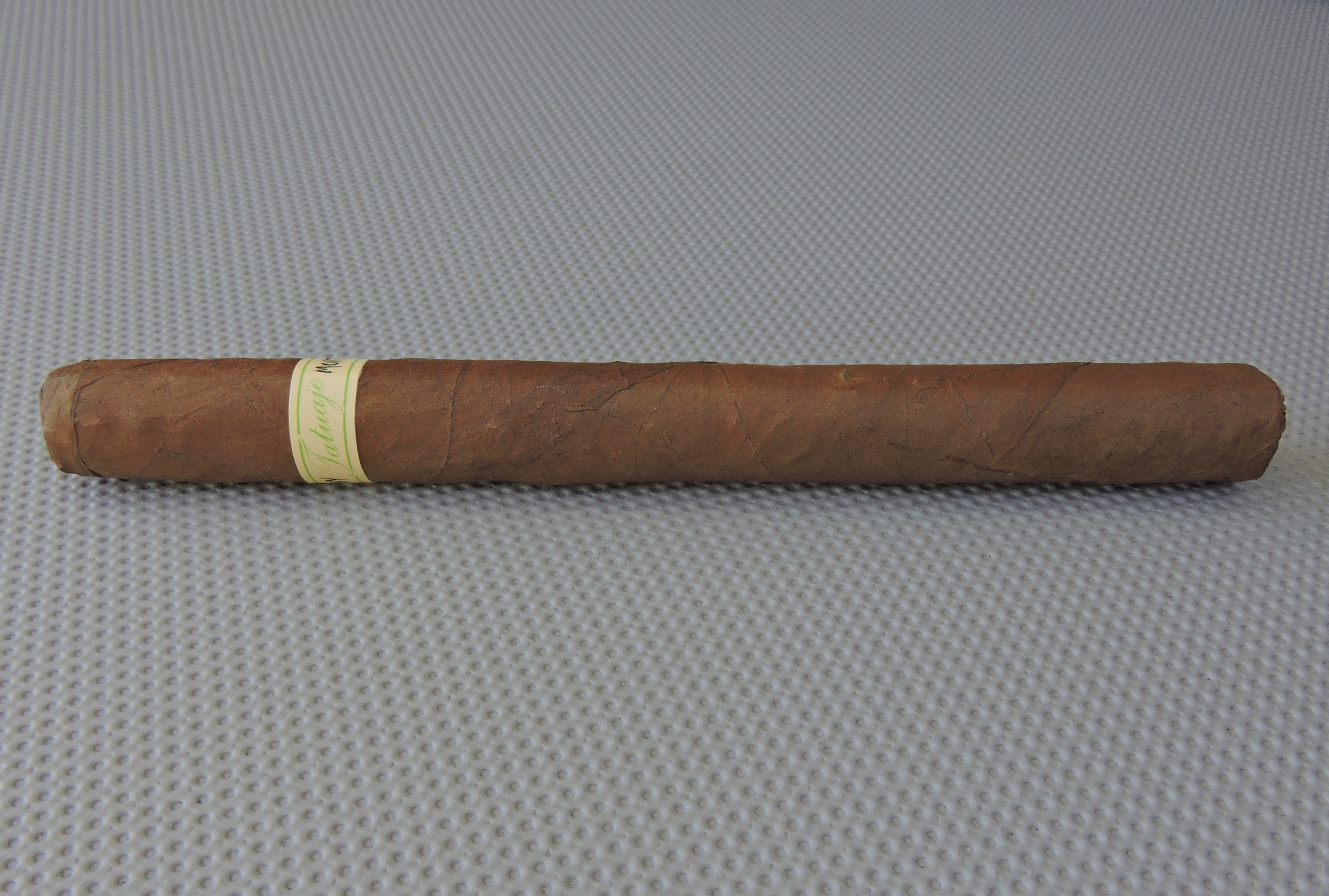 As mentioned, there are several offshoots of the Monsters Series Collection. With the exception of the original Monsters Series, all have been made available in sampler packs. Each of the collections are (or have been) limited in production. Here is some further details:

Without further ado, let’s break down the Tatuaje Skinny Jekyll and see what this cigar brings to the table.

When the original full-sized Tatuaje Jekyll was released, it was the first Tatuaje cigar to utilize the Sancti Spiritus wrapper – a wrapper made popular by Tatuaje’s sister company L’Atelier Imports. Sancti Spiritus is grown in Ecuador. The wrapper is a hybrid of Criollo and Pelo de Oro and was originally designed to be a replacement seed for Pelo de Oro. The wrapper is also designed to have a strong resistance to mold. Sancti Spiritus has been a staple leaf used on many blends from Johnson’s other company, L’Atelier Imports.

As mentioned, in addition to being a part of the Skinny Monsters sampler, the Skinny Jekyll has also been made available in 25 count boxes:

The Sancti Spiritus wrapper of the Tatuaje Skinny Jekyll has a medium brown color to it. Depending how the light shows on the wrapper, it may give off a colorado red tint to it. There was some oil on the surface of the cigar. While there was some thin visible veins and the wrapper seams are somewhat hidden, I still found the surface of this cigar to be on the bumpy side.

The band is based on the standard “Tatuaje” scripted logo. The script font is green on an antique white background. To the left of the “Tatuaje” scripting is the text “SKINNY” in the a gothic style black font. To the right of the scripting” it says “MONSTERS” – also in black font. To the far right is a black Tatuaje “Tattoo” stamp. The band is finished with a white pinstripe across the top and bottom.

It is worth noting the band to the full-size Jekyll has more of a bright white background as opposed to the antique white found on the Skinny Jekyll. 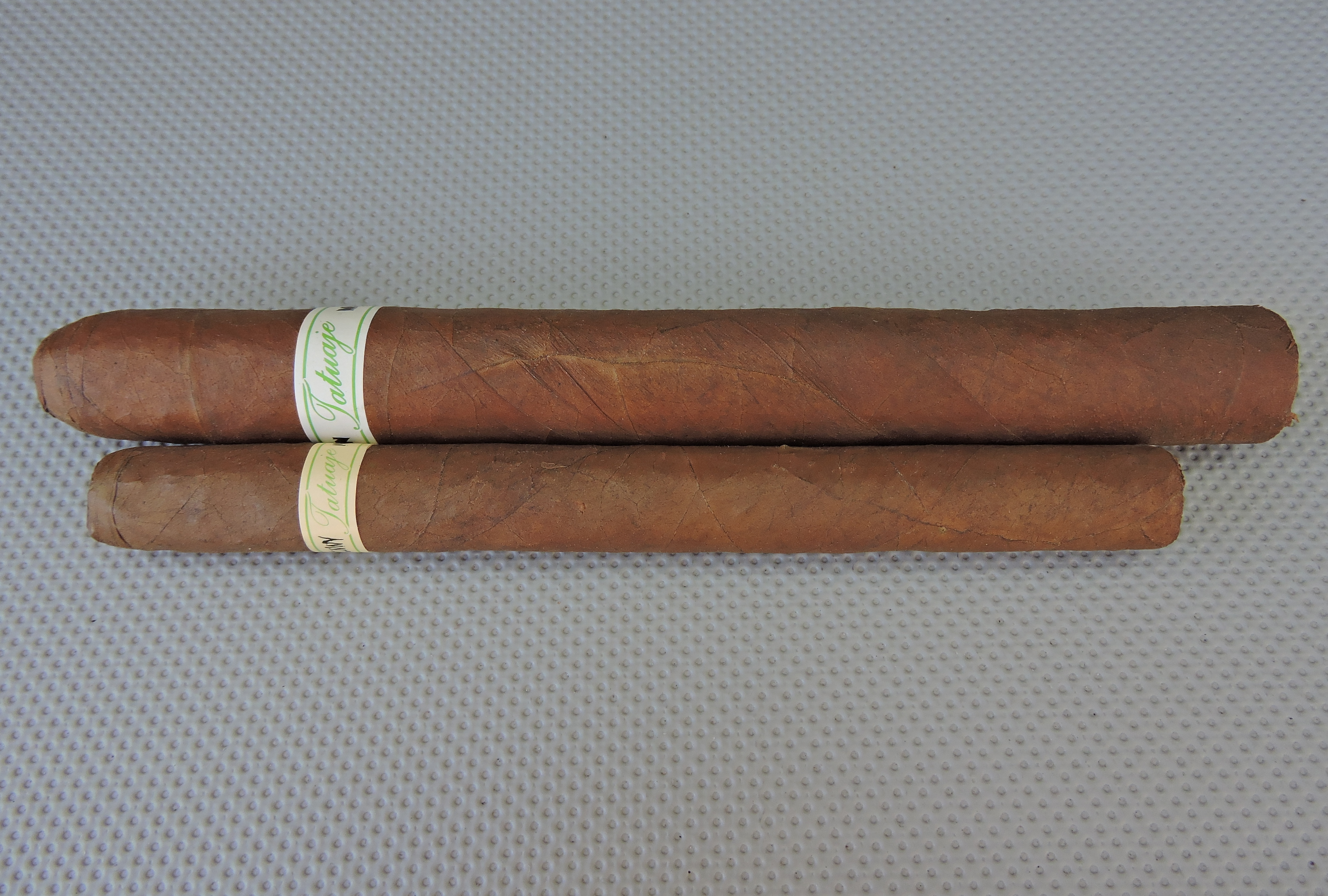 As I normally do, I went with my usual choice of a straight cut to remove the cap of the Tatuaje Skinny Jekyll. Once the cap was removed, I moved on to the pre-light draw phase. The cold draw of this cigar was quite simple – a mix of cedar and mixed fruit notes. Overall I considered the pre-light draw of this cigar to be satisfactory. At this point, I was ready to light up the Tatuaje Jekyll and see what the smoking phase would have in store.

During the first third, the mixed fruit sweetness became primary. At the same time the wood notes evolved to more of a cedar sweet-spice. The cedar notes slowly increased during this stage of the smoke. Meanwhile the pepper notes remained in the more distant background.

The second third of the Skinny Jekyll saw the cedar notes moved into the forefront. In addition, an earthy note also surfaced with the cedar. Meanwhile the fruit notes receded into the background. The pepper notes still remained subtle.

During the final third of the Skinny Jekyll, the combination of earth and cedar remained primary. The fruit sweetness morphed into more of a caramel note. There wasn’t much of an increase in the pepper as it remained grounded in the background right until the end. This is the way the cigar experience came to a close. The resulting nub was firm to the touch and cool in temperature.

Overall the Skinny Jekyll scored very nicely when it came to burn and draw. The cigar maintained a straight burn path and had a straight burn line. The resulting ash was mostly light gray with some darker speckling mixed in. The ash wasn’t an overly firm ash, but it was not loose, nor flakey either. As for the burn rate and burn temperature, both were ideal from start to finish. 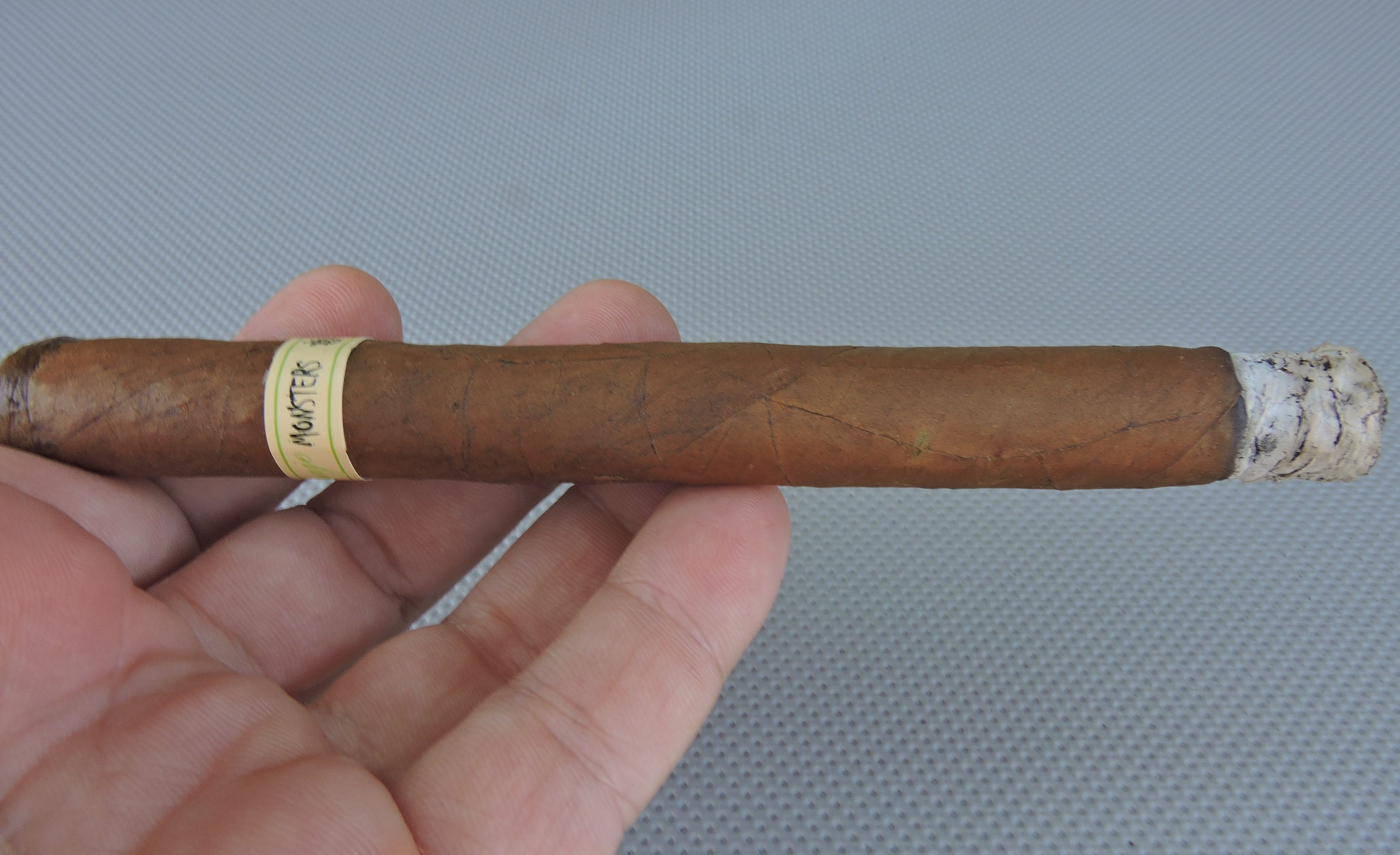 Burn of the Tatuaje Skinny Jekyll

As for the draw, I found it to be on the open side and not too loose, nor too tight.  The Skinny Jekyll is also a cigar that is going to produce an ample amount of smoke.

Strength-wise, I found the Tatuaje Skinny Jekyll to start out medium. During the first two thirds, I didn’t see much change in strength. Toward the start of the final third, there was a small spike in strength and it was enough to progress the Skinny Jekyll into medium to full territory.

As I mentioned at the beginning of this assessment, I found the Tatuaje Skinny Jekyll to be one of the moe enjoyable cigars in the Skinny Monsters series. On one hand, I found there was less in the way of complexity of the Skinny Jekyll compared to the full-sized Jekyll. On the other hand, I didn’t find any shortage of flavor when it came to the Skinny Jekyll. Overall, this is a cigar I would recommend to an experienced cigar enthusiast. I’d also recommend this to a novice looking to graduate to something in the medium plus range. As for myself, this cigar is one that I would smoke again. Given these are now available in 25 count boxes, it’s worthy of a purchase of one of them in my book.