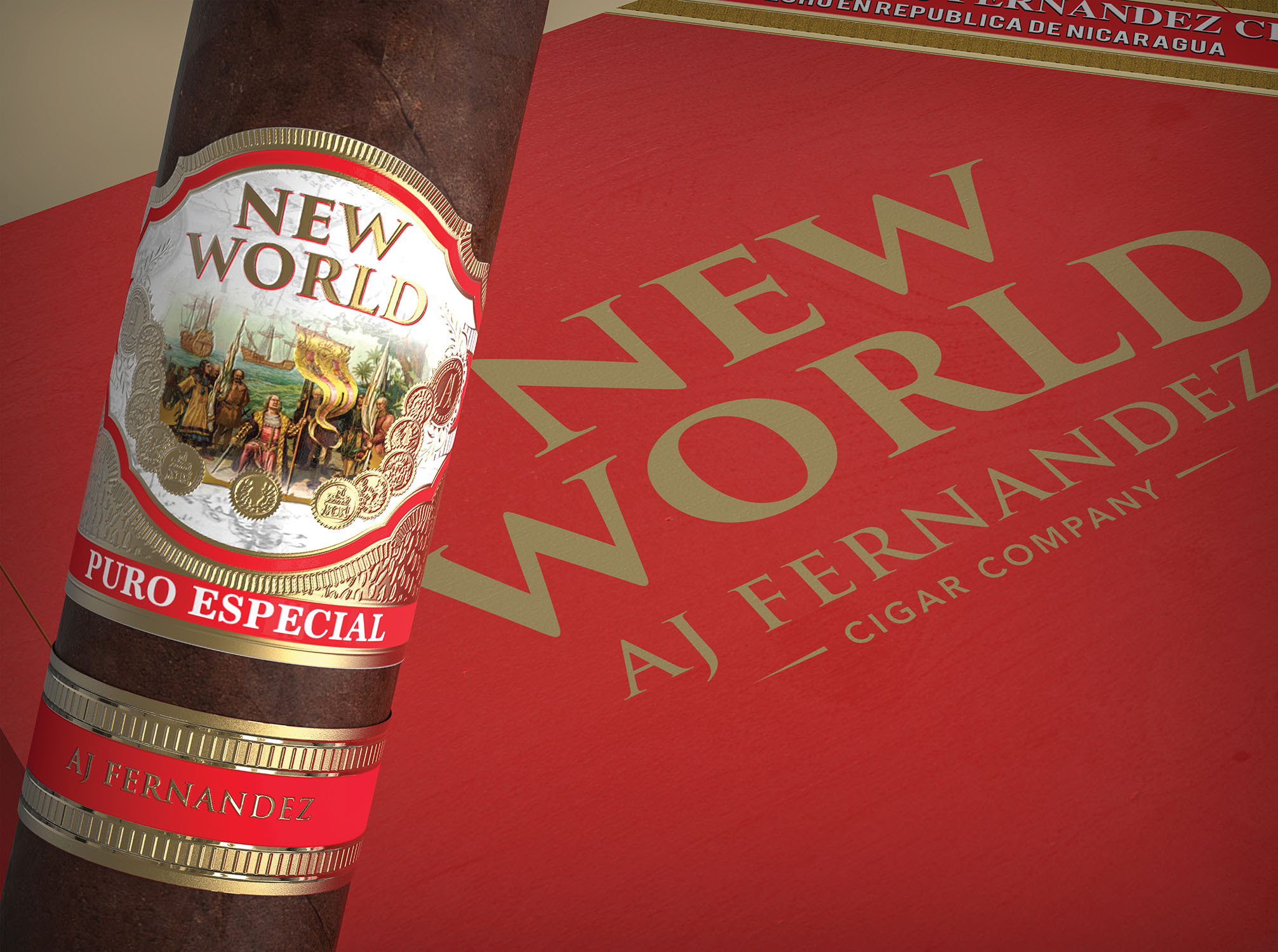 The  AJ Fernandez New World Puro Especial is a Nicaraguan puro that consists exclusively of tobaccos blended from several of AJ Fernandez’s farms across the Estelí region of Nicaragua.

The blend is a collaboration between Fernandez and his father, Ismael, that has been under development for several years. The blend includes a Nicaraguan Criollo ’98 wrapper from Fernandez’s San José farm. It also uses tobaccos from Fernandez’s La Soledad, La Providencia, and San Diego farms. The tobaccos in the blend have been aging for three to five years. New World Puro Especial is coming out of Fernandez’s Tabacalera Fernandez factory in Estelí, Nicaragua.

The New World Puro Especial will be available in three sizes: Robusto, Toro, and Short Churchill. It will be packaged in 20-count boxes. Pricing is $8.00 to $9.00, slightly higher than the pricing for the New World and New World Connecticut offerings.

The cigar had a limited stealth release last year under the name New World Habano Especial.

At a glance, here is a look at the AJ Fernandez New World Puro Especial.