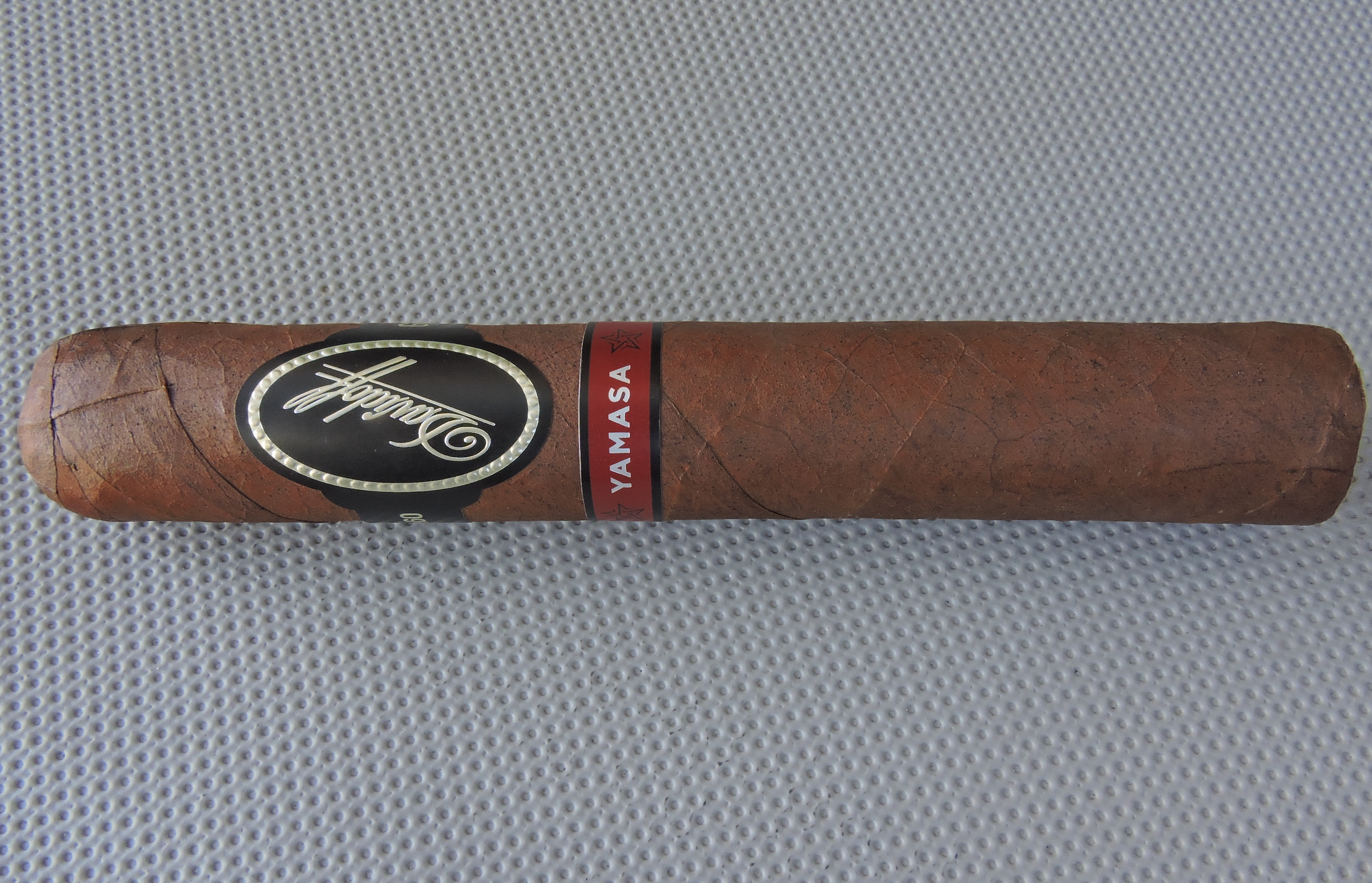 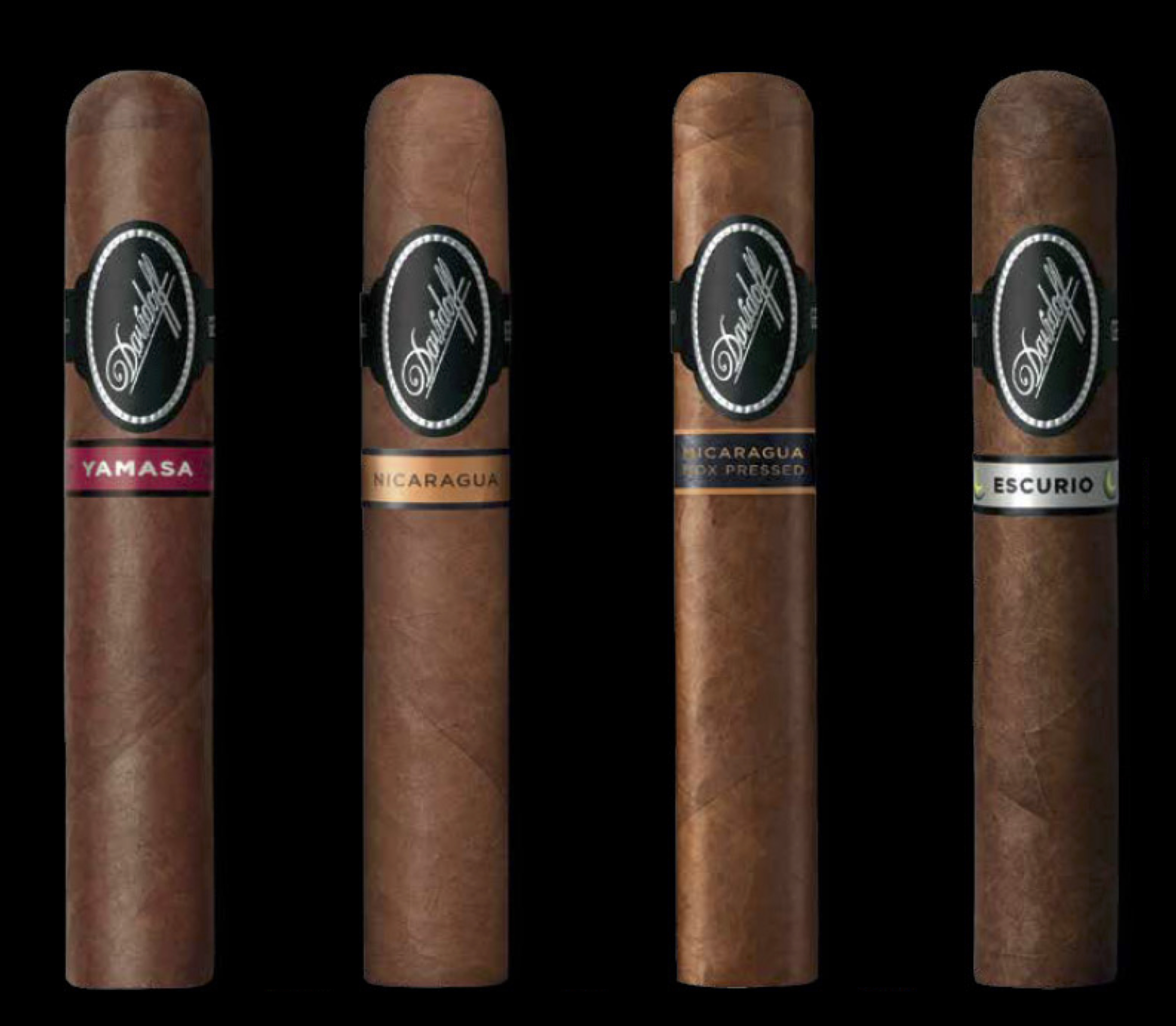 Recently departed Davidoff CEO Hans-Kristian Hoejsgaard pushed a theme of innovation during his years at the helm at Davidoff. The products of the Davidoff Discovery Pillar were a big part of that innovation strategy. This included the first all-Nicaraguan Davidoff (Davidoff Nicaragua), the first Davidoff to feature a Brazilian-centric blend (Davidoff Escurio), the first Davidoff-branded box-pressed offering (Davidoff Escurio), and building a blend around the difficult-to-cultivate Yamasá region tobacco (Davidoff Yamasá). In addition, the 6 x 60 offerings were also a part of that strategy in that the 6 x 60 size had not been used as a line extension beforehand.

Without further ado, let’s break down the Davidoff Yamasá 6 x 60 and see what this cigar brings to the table.

The Yamasá tobacco is used for both the wrapper and the binder. In particular, the binder is San Vincente grown in that region. Along with Dominican tobacco, there is also some Nicaraguan tobacco in the filler.

The Davidoff Yamasá has been produced in six sizes. The 6 x 60 comes packaged in 12-count boxes. 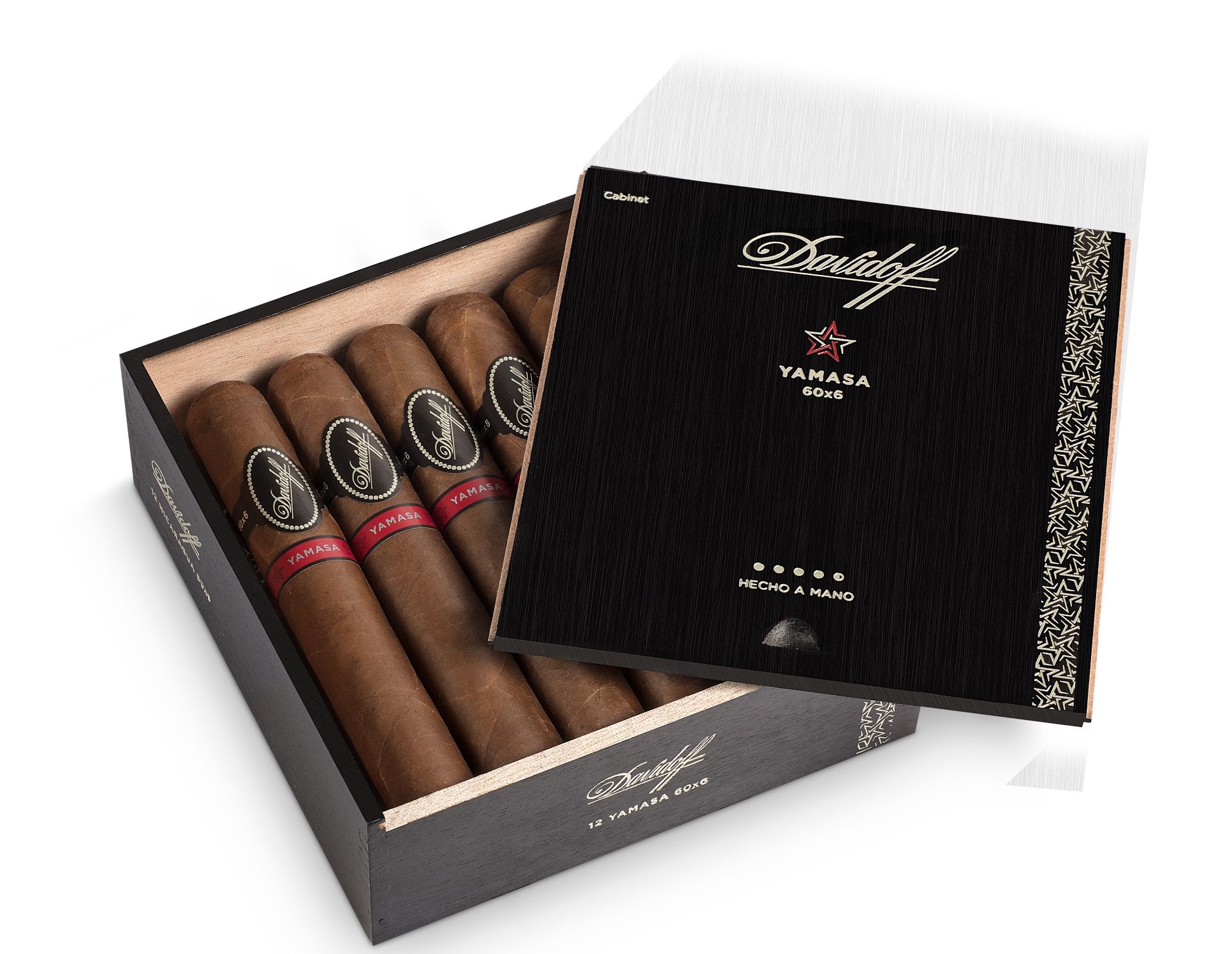 The wrapper of the Davidoff Yamasá had a medium to dark color with a colorado red tint to it. Upon closer examination, there was some darker mottling on the surface. There was a light coating of oil on the surface of the wrapper. I found this wrapper to be slightly bumpy. It did have some visible veins, but any wrapper seams were on the thinner side.

The Davidoff Yamasá has two bands. The primary band uses the same band design as the rest of the Discovery Pillar cigars. This is a black and silver-colored version of the Davidoff White Label design. The background is black with the font text and surrounding trim in silver. The Davidoff scripted logo is on the front. To the left of the logo is the text “6 x 60”. (Note: each of the vitolas have text with the vitola name in this location). To the right is the text “GENÉVE” (on all of the vitolas).

There is a secondary band just below the primary black and silver Davidoff band. It is red with black trim. On the band, it says “YAMASA” in silver font. To the left and right is the black Yamasá star logo.

I used a straight cut to remove the cap before lighting the Davidoff Yamasá 6 x 60. After clipping the cap, I moved on to the pre-light draw phase. The dry draw delivered a combination of earth, cocoa, and a slight tingly spice. Overall I considered the pre-light draw of this cigar to be satisfactory. I then lit up the Davidoff Yamasá 6 x 60 and prepared to enjoy the smoking experience.

The last third didn’t see many changes in the flavor profile. There was a slight increase in black pepper on the tongue and the lemon notes were pretty much gone. This is the way the cigar experience of the Davidoff Yamasá 6 x 60 came to a close. The resulting nub was firm to the touch and cool in temperature.

I found the burn line of the Davidoff Yamasá 6 x 60 to be quite jagged. I applied frequent touch-ups to the cigar as I felt there were some points the burn path could get off track. While these touch-ups did the trick, I found this cigar needed more touch-ups than I preferred. The resulting ash wasn’t overly firm, but it wasn’t loose or flaky either. The burn rate and burn temperature were both at an ideal level. 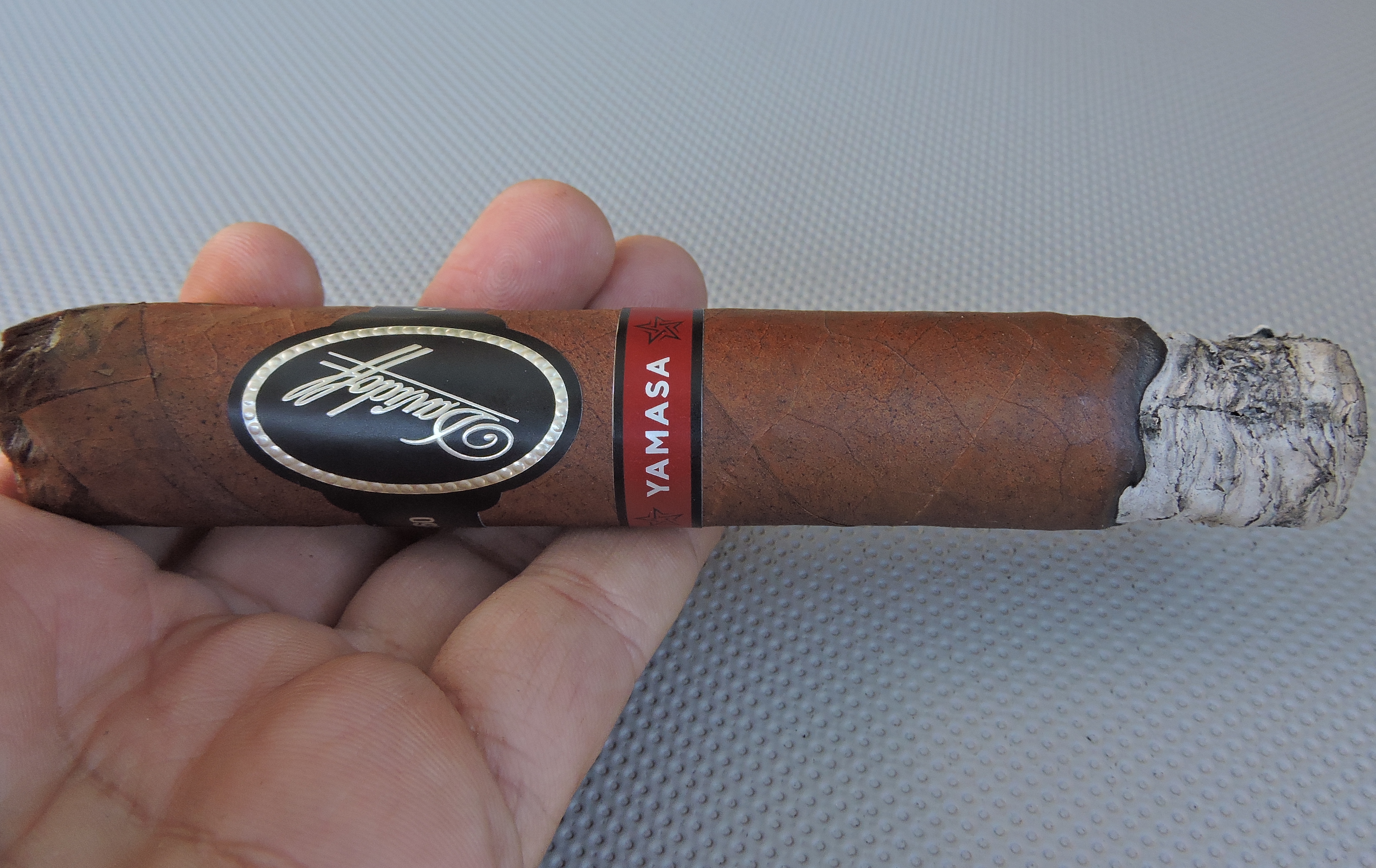 Burn of the Davidoff Yamasá 6 x 60

The draw did perform extremely well. I liked that it had a touch of resistance to it. At the same time, this cigar produced a nice amount of smoke along the way.

The strength and body of the Davidoff Yamasá 6 x 60 balanced each other out with neither attribute overshadowing the other.

6 x 60 cigars often get a bad rap. I’ve always said when it comes to 6 x 60s, there is no blanket rule whether a blend will work in that size or not. The recent releases of the Davidoff Nicaragua 6 x 60 and Davidoff Nicaragua Box-Pressed 6 x 60 are examples of blends working extremely well with the 6 x 60 format. With the Davidoff Yamasá 6 x 60, I’m not quite as high on this blend translating into the big ring gauge format. This isn’t a dismissal of the Yamasá line, it was just not preferred offering. There still was enough going on with this cigar where I’d encourage anyone to try it.