Warning: A non-numeric value encountered in /home/forge/cigar-coop.com/public/wp-content/themes/suco/theme-options.php on line 260

Warning: A non-numeric value encountered in /home/forge/cigar-coop.com/public/wp-content/themes/suco/theme-options.php on line 261


Warning: A non-numeric value encountered in /home/forge/cigar-coop.com/public/wp-content/themes/suco/themify/img.php on line 60 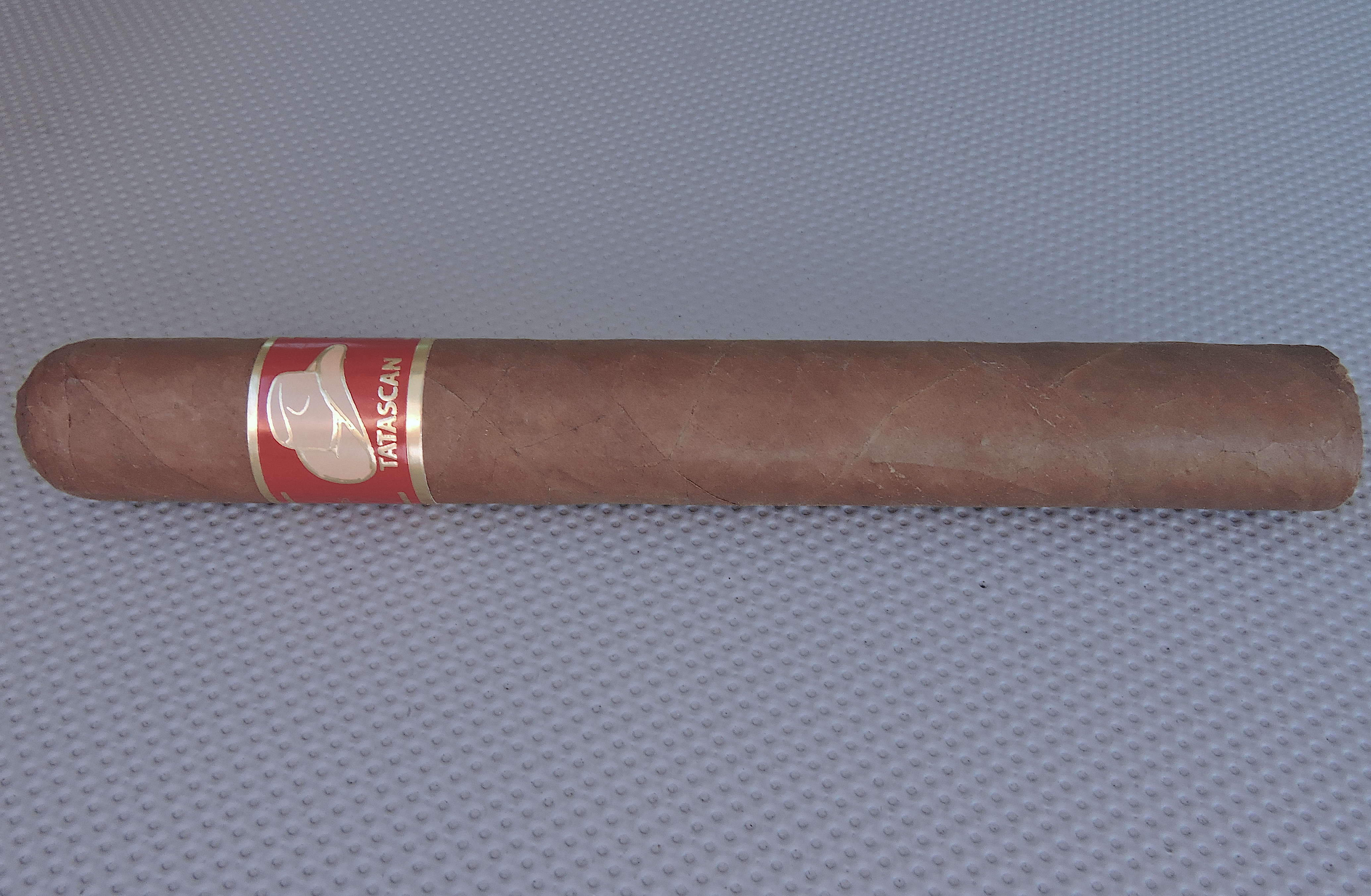 The Tatascan is one of three lines offered by JRE Tobacco Company, the brand owned by Julio R. Eiroa and his son Justo. Tatascan was one of three brands created by Julio Eiroa (along with Aladino and Rancho Lunda) that were previewed by Justo’s brother Christian Eiroa at the 2015 IPCPR Trade Show as a part of the C.L.E. Cigar Company exhibit. Early in 2016, the three brands moved to JRE Tobacco Company, a new venture formed by Julio and Justo. During this time the Eiroas further developed the Tatascan line and at the 2016 IPCPR Trade Show, Tatascan was showcased as a three-cigar-blend line. Today we take a look at one of the blends, the Tatascan Habano in the Toro size. Tatascan is a line that has flown under the radar a bit, but it’s a great value priced cigar that is one that can be enjoyed by all cigar enthusiasts. 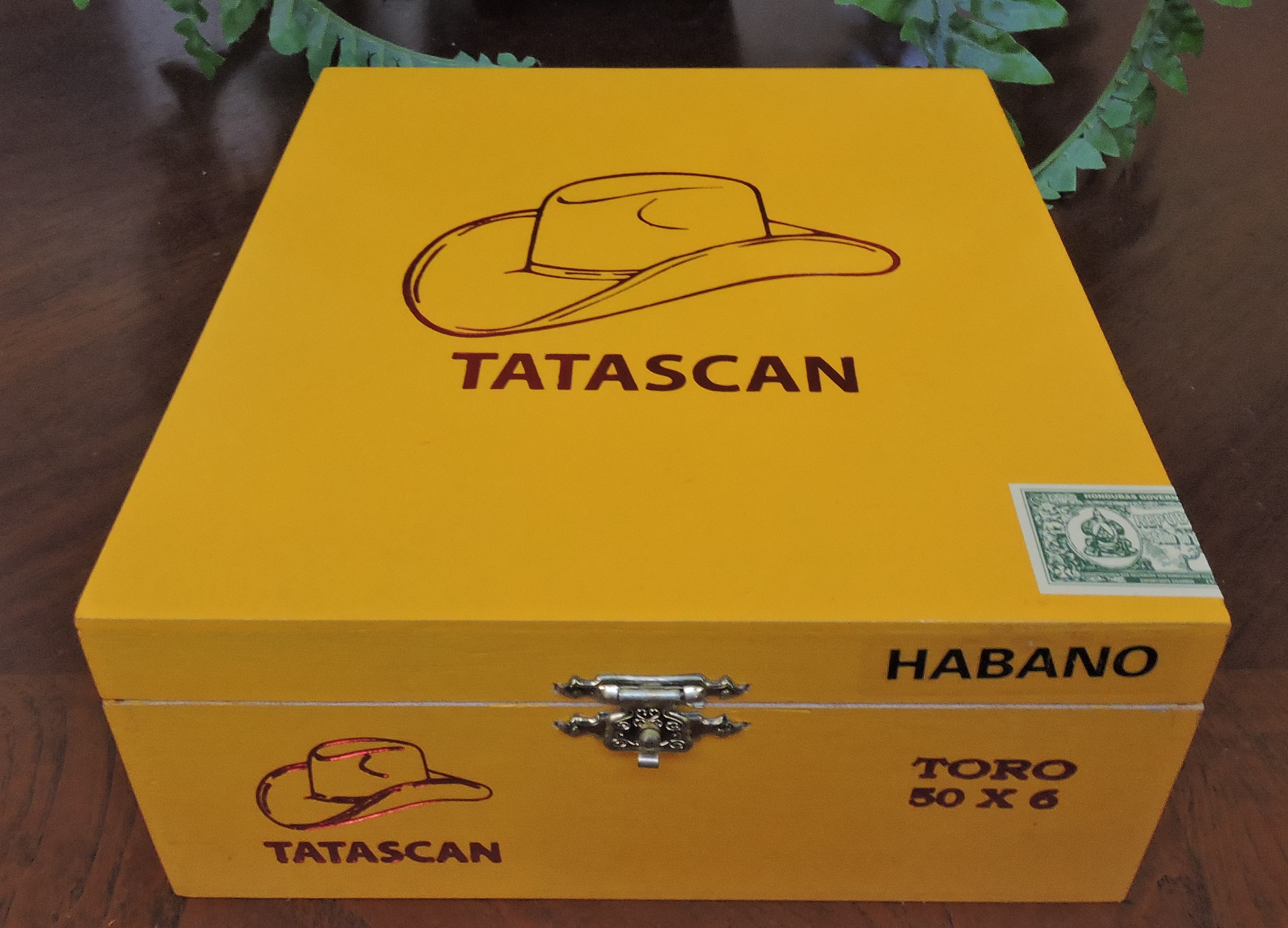 Without further ado, let’s take a closer look at the Tatascan Habano Toro and see what this cigar brings to the table.

While the Eiroas are known for Authentic Corojo, they also grow Habano tobacco. Both tobaccos are utilized in the blend. 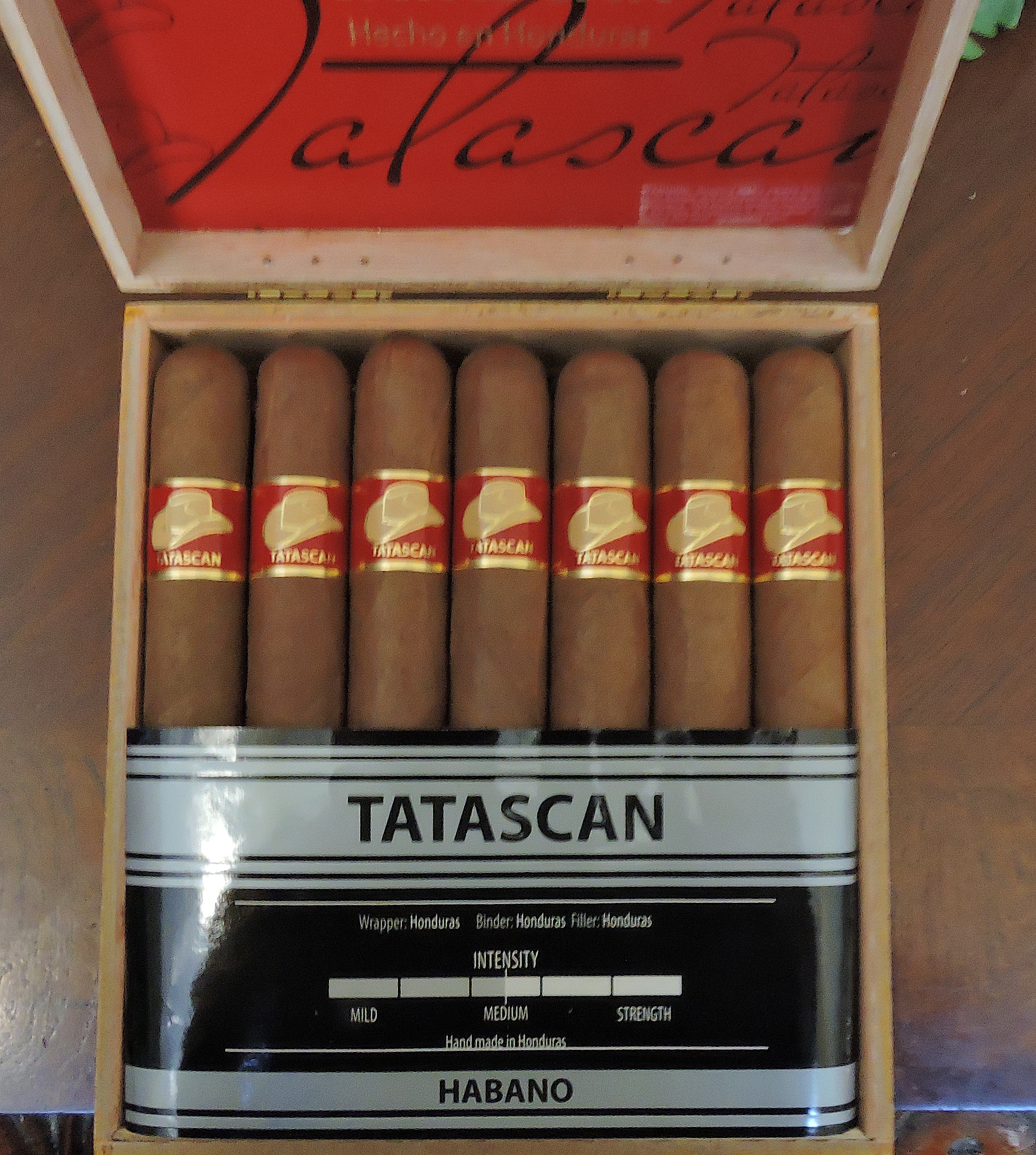 Close up of inner packaging of the Tatascan Habano Toro

The blend of Tatascan Connecticut features a similar binder and filler to the Habano, but as mentioned, it utilizes an Ecuadorian Connecticut wrapper.

Both the Tatascan Habano and Tatascan Connecticut are available in 20-count boxes. There are five sizes common to both blends that were introduced into widespread production. 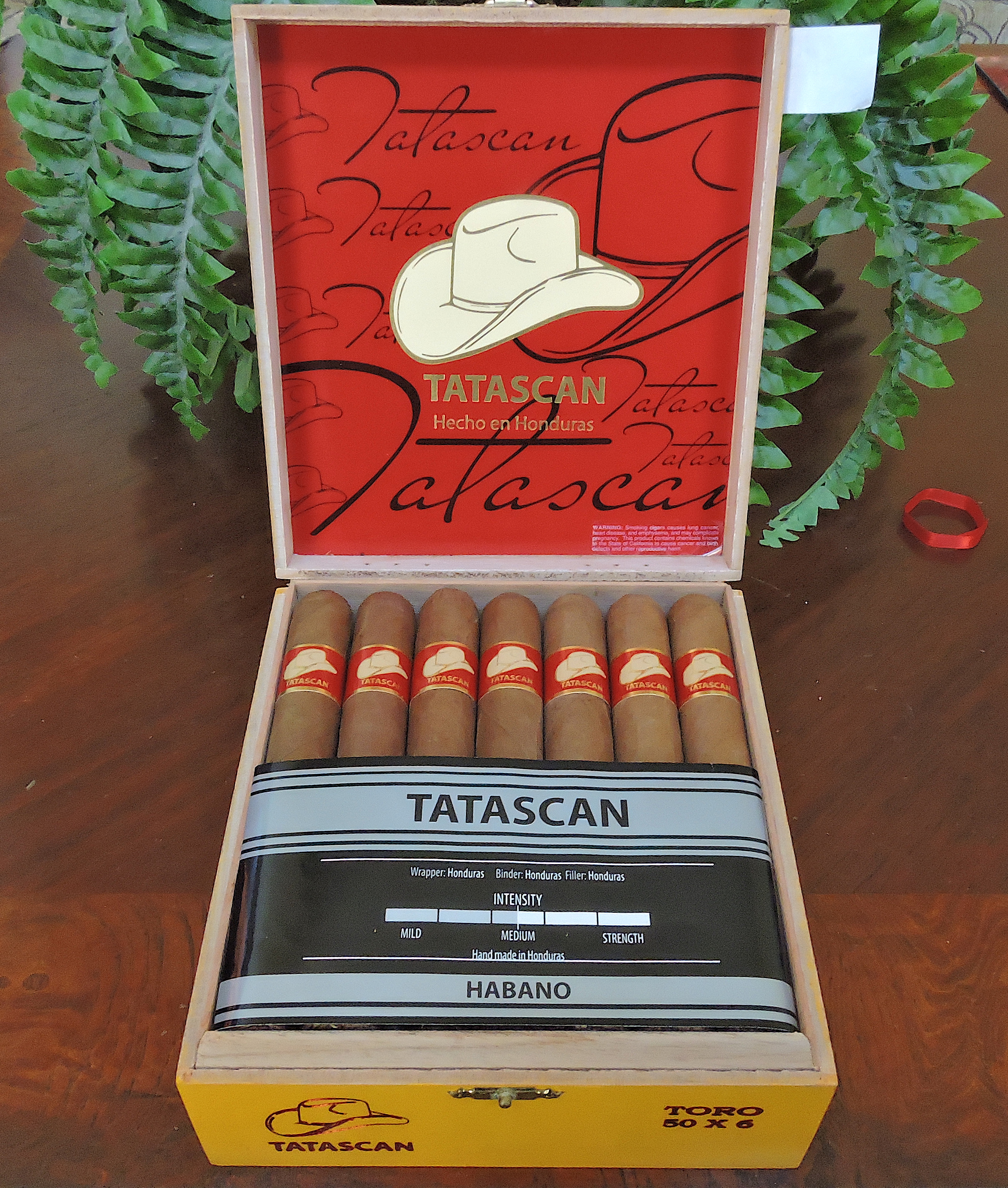 There are also three additional sizes that were released in more limited distribution.

The Habano wrapper of the Tatascan Habano Toro is a medium brown. Depending on how the light shines on it, it may give off a rosado tint. There was a light coating of oil on the wrapper. While there were some thin visible veins and thin visible wrapper seams, this was a smooth wrapper. 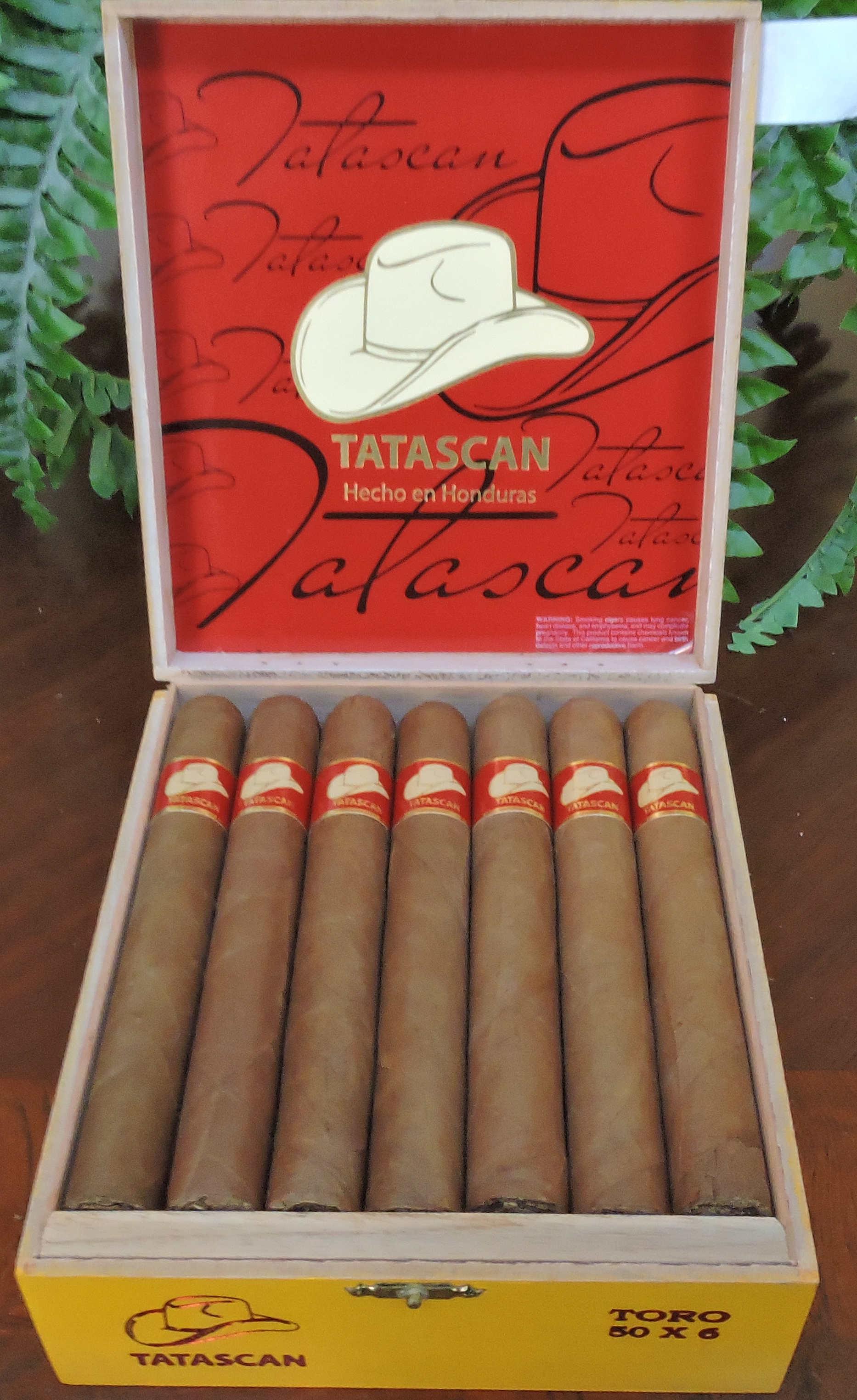 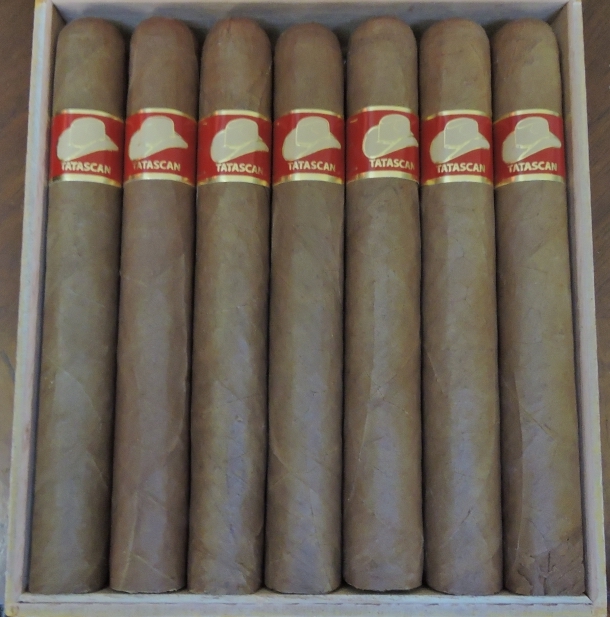 Prior to lighting up the Tatascan Habano Toro, I used a straight cut to remove the cap. After clipping the cap, I commenced with the pre-light draw. Despite clipping the cap, there was still plenty of residual sugar sweetness from the tip cap on the dry draw. At the same time, I detected some light earth notes. Overall, I considered this to be a satisfactory pre-light draw. At this point, I was ready to light up the Tatascan Habano Toro and awaited what the smoking phase would have in store.

As I started the smoking experience of the Tatascan Habano Toro, I still tasted a little bit of the residual sugary sweetness from the sweet tip. Simultaneously, a flavor that was a fusion of coffee and cream (almost like a café au lait) surfaced along with some cedar notes. The coffee and cream became the primary notes early on.  Meanwhile,  the sugary sweetness soon morphed into a natural tobacco sweetness. As for the retro-hale, I detected several notes of wood.

Throughout the first two-thirds of the Tatascan Habano Toro, I found the natural tobacco sweetness floated in and out of the forefront. Meanwhile, the coffee and cream notes remained grounded in the forefront. Toward the later part of the second third, the cedar notes did increase.

By the last third, the natural tobacco sweetness diminished. The cedar notes closed in on the forefront, but ultimately the coffee and cream notes still remained. This is the way the Tatascan Habano Toro came to a close. The resulting nub was slightly soft to the touch, but cool in temperature.

Overall, I found the burn of the Tatascan Habano Toro to be low maintenance. The cigar had no problem maintaining a straight burn path. There was some occasional jaggedness on the actual burn line, but this was easily remedied with some touch-ups and I didn’t find the number of touch-ups to be excessive. The resulting ash was firm with a salt and pepper color complexion. The burn temperature and burn rate were both ideal. 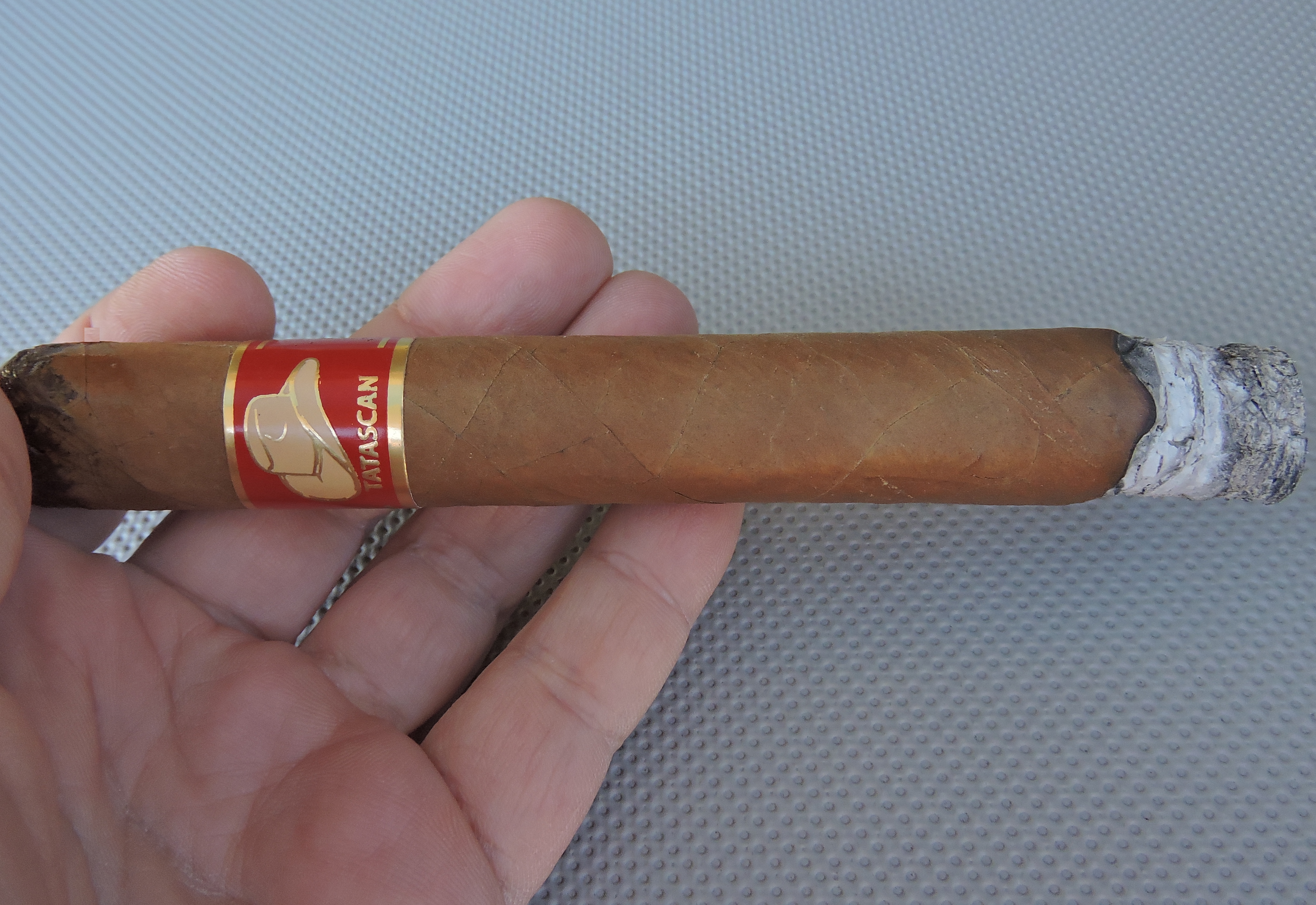 Burn of the Tatascan Habano Toro

The draw to the Tatascan Habano Toro also performed quite well. It was not too loose, nor too tight – and it was quite easy to derive flavor from this cigar.

The Tatascan Habano Toro can best be described as a “dialed back”, but definitely not short on flavor. Strength-wise the cigar started out mild and by the second half, the strength moved into mild to medium territory. Meanwhile, the body started out mild to medium, but by the second half, it had progressed into medium territory.

I think sweet-tipped cigars sometimes get an unfair rap. A sweet-tipped cigar simply has a little bit of sweetness from a sweet gum that is applied to the cap and is different than an infused or flavored cigar. While certainly sweet-tipped cigars are geared for the novice enthusiast, I have also enjoyed smoking them over the years. The Tatascan Habano Toro is an example of a very good one. In fact, I found the other flavors of the Tatascan Habano Toro to shine more prominently because of the sweet tip. Priced under $6.00, I also found this cigar to be an incredible value. It’s an enjoyable cigar any time of the day and one that earns box purchase consideration.