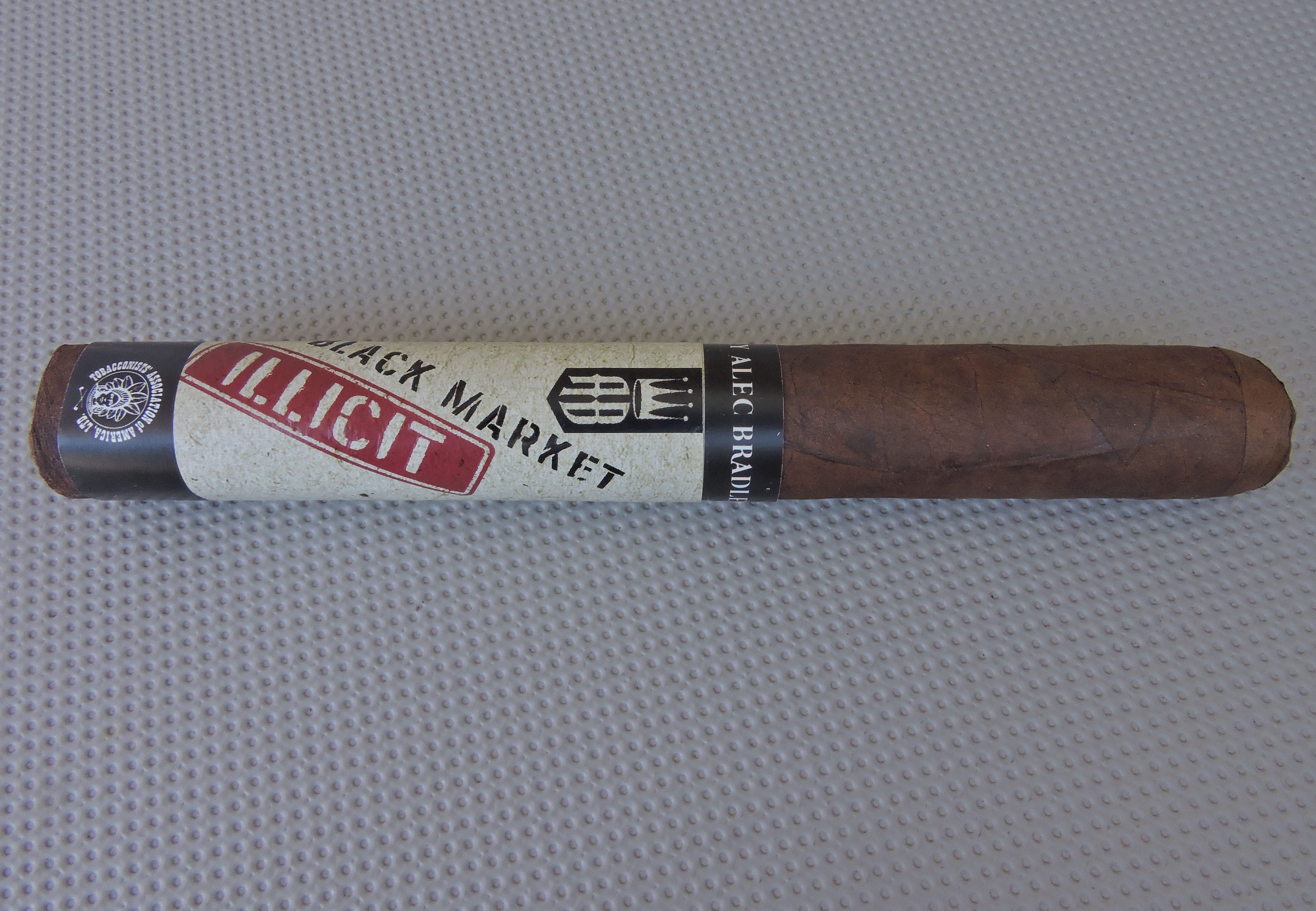 The TAA organization is a small group of retailers. At press time the number of retailers is approximately 80.  The TAA has defined their mission statement as follows:

This year, the following new cigars have been released for the 2017 TAA Exclusive Series (displayed from left to right in the photo that follows):

Without further ado, let’s break down the Alec Bradley Black Market Illicit and see what this cigar brings to the table:

The Illicit features a Nicaraguan wrapper, Honduran and Nicaraguan binders, and fillers described as from “small yield farms” in Nicaragua. 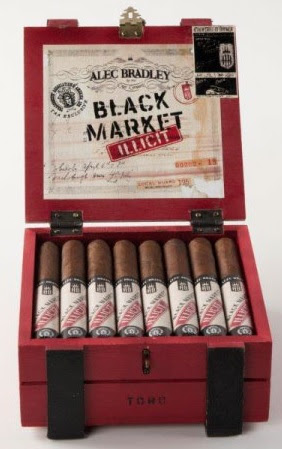 The Nicaraguan wrapper for the Alec Bradley Black Market Illicit features a dark cinnamon colored wrapper. Upon closer examination, some mottling can be seen on the surface. There was a coating of oil on the surface of the wrapper. This was a wrapper that was on the smooth side with any visible veins and visible seams on the thin side. 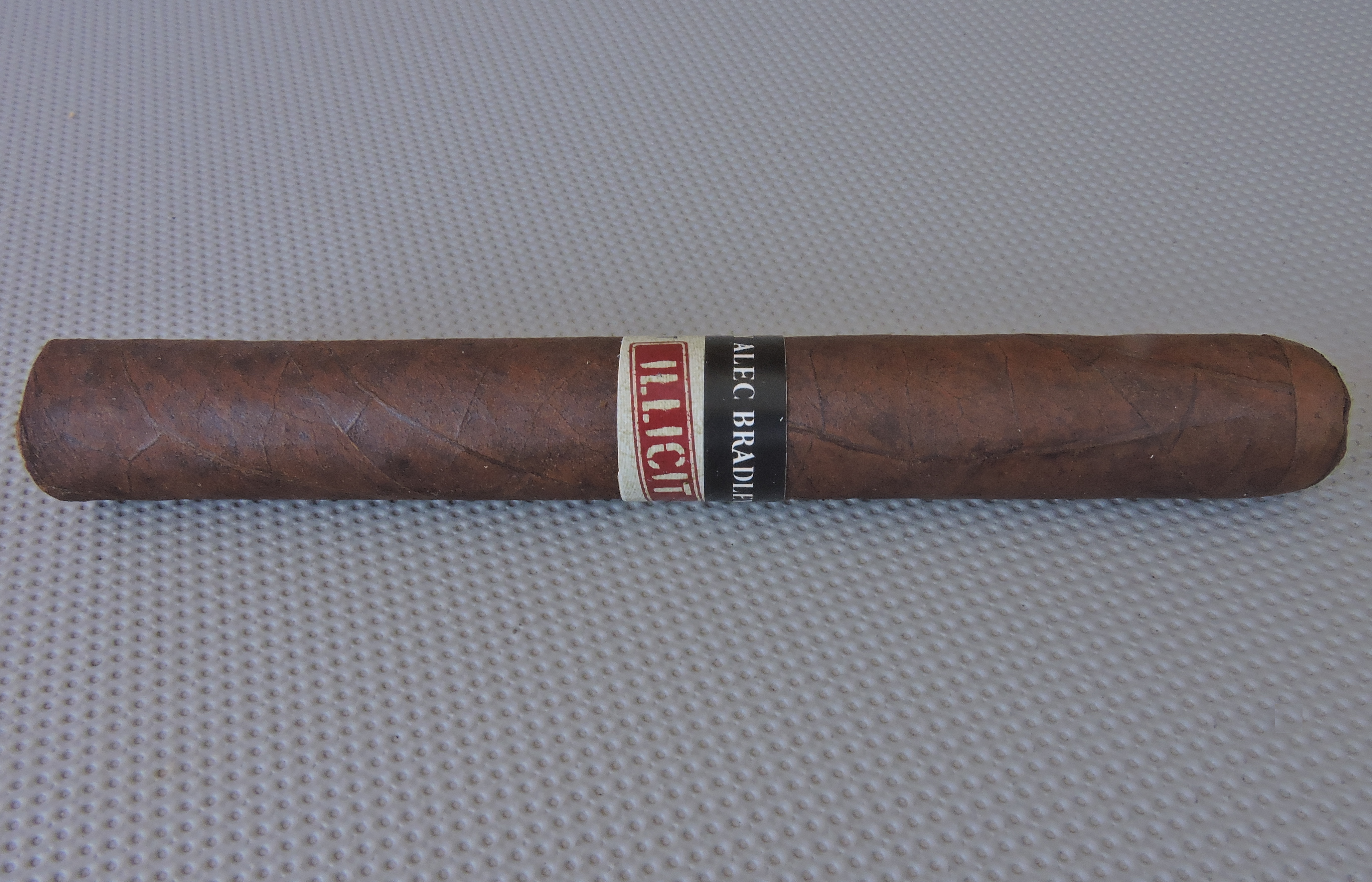 The banding of the Alec Bradley Illicit is similar to the core Black Market line consisting of an outer wrap and inner band. The outer wrap covers slightly more than 50 percent of the cigar from the footer upward. This wrap is designed to look like “confidential” paper.  It is highlighted by the text “BLACK MARKET” in large black “confidential typewriter” font. There is also the text “ILLICIT” in a reverse “red stamp” style. Toward the top of the band is a black “Alec Bradley badge” logo.  The lower part of the band has a black stripe with a white TAA logo.

Commencing the cigar experience of the Alec Bradley Black Market Illicit, I used a straight cut. Once I removed the cap, I moved on to the pre-light draw experience.  On the dry draw, I got a note that I could best describe as “slightly burnt cherry”. It’s a note that actually worked well with this blend and for all practical purposes is a signature note for the cigar. I also detected notes of dusty earth and leather. While an odd combination of flavors, I still considered this to be a very good pre-light draw. At this point, I was ready to light up the Alec Bradley Black Market Illicit and see what the cigar experience would bring to the table.

The start of the Alec Bradley Black Market Illicit continued with the notes of dusty earth and slightly burnt cherry that were present on the pre-light draw. While these were the primary notes, both the earth and cherry varied in intensity. There was a combination of both classic wood and cedar present in the background. Meanwhile, on the retro-hale, I detected a mix of both cedar and black pepper.

During the second third of the Alec Bradley Black Market Illicit, the classic wood notes increased and toward the midway point began to surface in the forefront. Like the cherry, natural tobacco and earth present in the forefront, the wood notes varied in intensity. Meanwhile, the pepper and cedar notes continued to add complementary flavors.

The last third saw the classic wood notes take over as the primary flavor. The cherry and earth notes were close secondary notes. There also was an increase in spice at the end.  The natural tobacco notes were no longer much of a factor. At times, I found the lingering effect of the flavors on the tongue to be a little more than I could handle. This was the way the Black Market Illicit came to a close. The resulting nub was firm to the touch and cool in temperature.

Overall, I found the Alec Bradley Black Market Illicit to be a well-made cigar and this reflected nicely with the scores it earned for burn and draw. The Illicit maintained both a straight burn path and sharp burn line. There were some touch-ups along the way, but they were far from excessive in frequency. The resulting ash was silver-gray and was skewed toward the firmer side. The burn temperature was ideal. I found this to be a slow burning cigar, but there were no adverse effects that resulted from this. 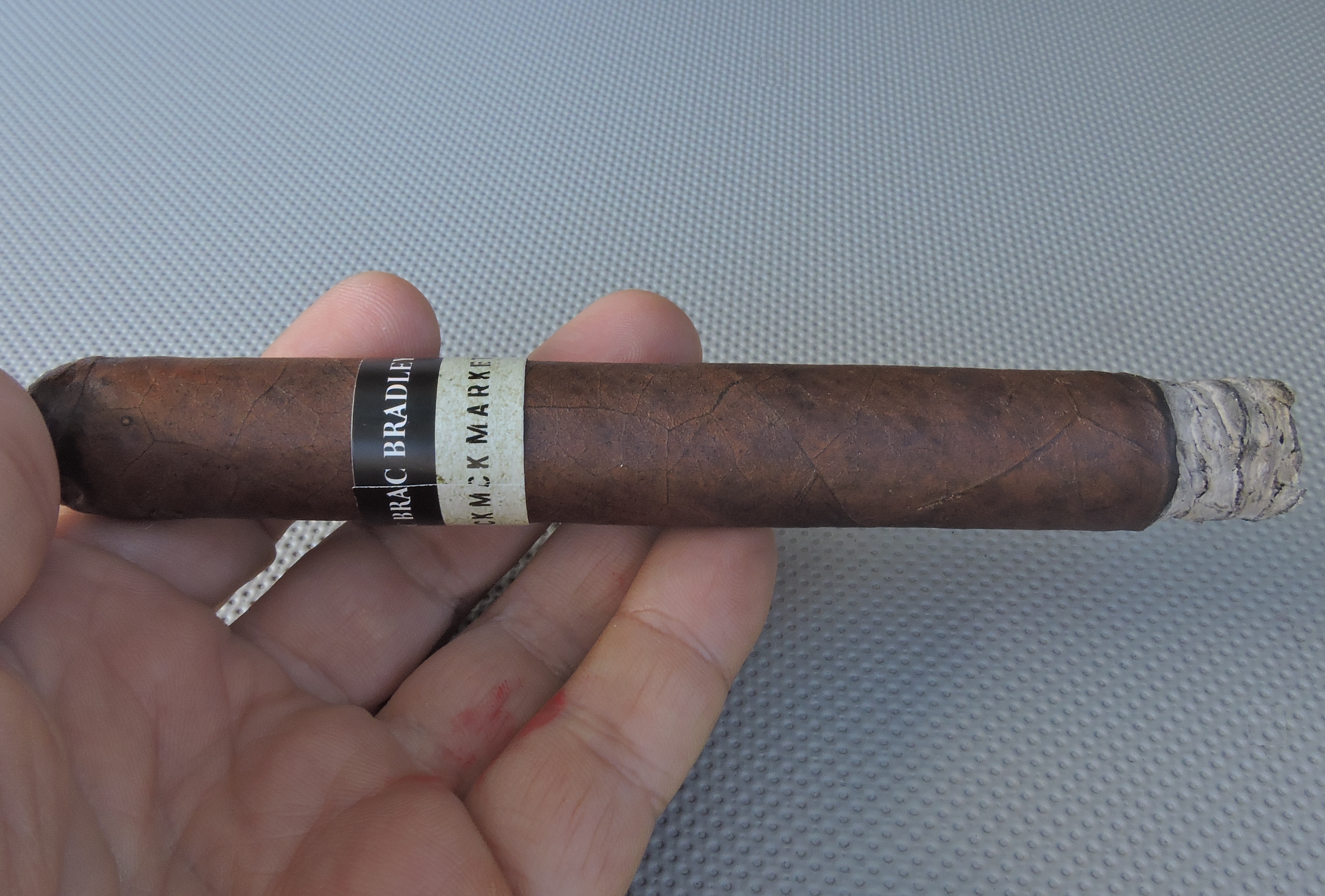 The draw to the Alec Bradley Black Market Illicit had a touch of resistance to it. This made it ideal in my book. This was also a cigar that produced a nice amount of smoke.

Both the strength and body balanced each other very nicely with neither attribute overshadowing the other.

While the Illicit is branded under the Black Market brand, it doesn’t smoke anything like the original. The Illicit is a cigar that tells its own story and delivers its own flavor profile. I found the flavors produced meshed perfectly with the cigar’s medium strength, medium-bodied profile. I did find the first two-thirds of the cigar to be more enjoyable than the last third as I didn’t like the lingering effect of the flavors on the palate toward the end.  At the same time, the Alec Bradley Black Market Illicit is a cigar where the positives outweigh the minuses.

I’ve been critical of the TAA releases in recent years as I feel they fall short of what I would expect from an exclusive cigar carried at some of the best retailers around. While not the best TAA cigar to come out in the past few years, it’s still one of the better ones I’ve had recently.

The Illicit is a cigar I would recommend to either a novice or experienced cigar enthusiast. As for myself, it’s one I would smoke again – and I’d buy multiples to put in my humidor.