Agile Cigar Reviews are cigar assessments where we use a lightweight, shorter format. These will never take the place of our comprehensive reviews. They are only used on blends we have previously assessed. This might be a blend we are re-scoring or giving a score for the first time. It might be a blend we are looking at in a different size. Today we look at the Jaime Garcia Reserva Especial TAA Exclusive 2017. This is a cigar that was previously assessed back in February 2012 as the Jaime Garcia Reserva Especial TAA Edition –  part of 2011 TAA Exclusive Series. 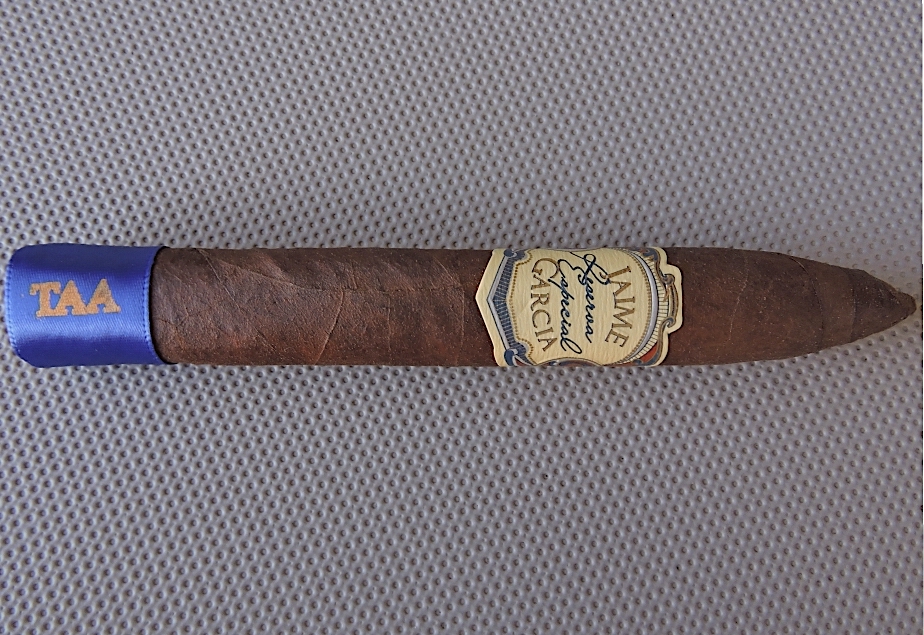 This is also the fifth offering by My Father Cigars for the TAA. The following are the other releases:

The Jaime Garcia Reserva Especial TAA 2017 edition brings back the same blend as the 2011 release consisting of a Connecticut Broadleaf wrapper over all-Nicaraguan binder and filler. These are also the same blend components that are used across the core line of the Jaime Garcia Reserva Especial line. The box-press torpedo used for the 2011 and 2017 TAA releases measures 6 1/8 x 52.

After a short shot of black pepper, the Jaime Garcia Reserva Especial TAA 2017 produced notes of mocha, wood, and hints of black cherry. It was the mocha and wood notes that were the primary flavors here. The mocha notes exhibited both qualities of roasted coffee and sweet chocolate. The flavors were medium to full-bodied countered by medium strength.This was a slightly dialed back smoke compared to when I assessed the original Jaime Garcia Reserva Especial TAA release.

Simply put, I found the Jaime Garcia Reserva Especial TAA 2017 to be a better cigar than its 2011 predecessor. The flavors seemed to gel much better this time. I didn’t get anything in the way of harshness – and I think the slightly dialed back flavor profile worked in favor of this cigar. This is a cigar that I could recommend to an experienced cigar enthusiast, but wouldn’t discourage a novice from smoking it. As for myself, this is a cigar I’d smoke again – and it’s worth having multiples in the humidor.