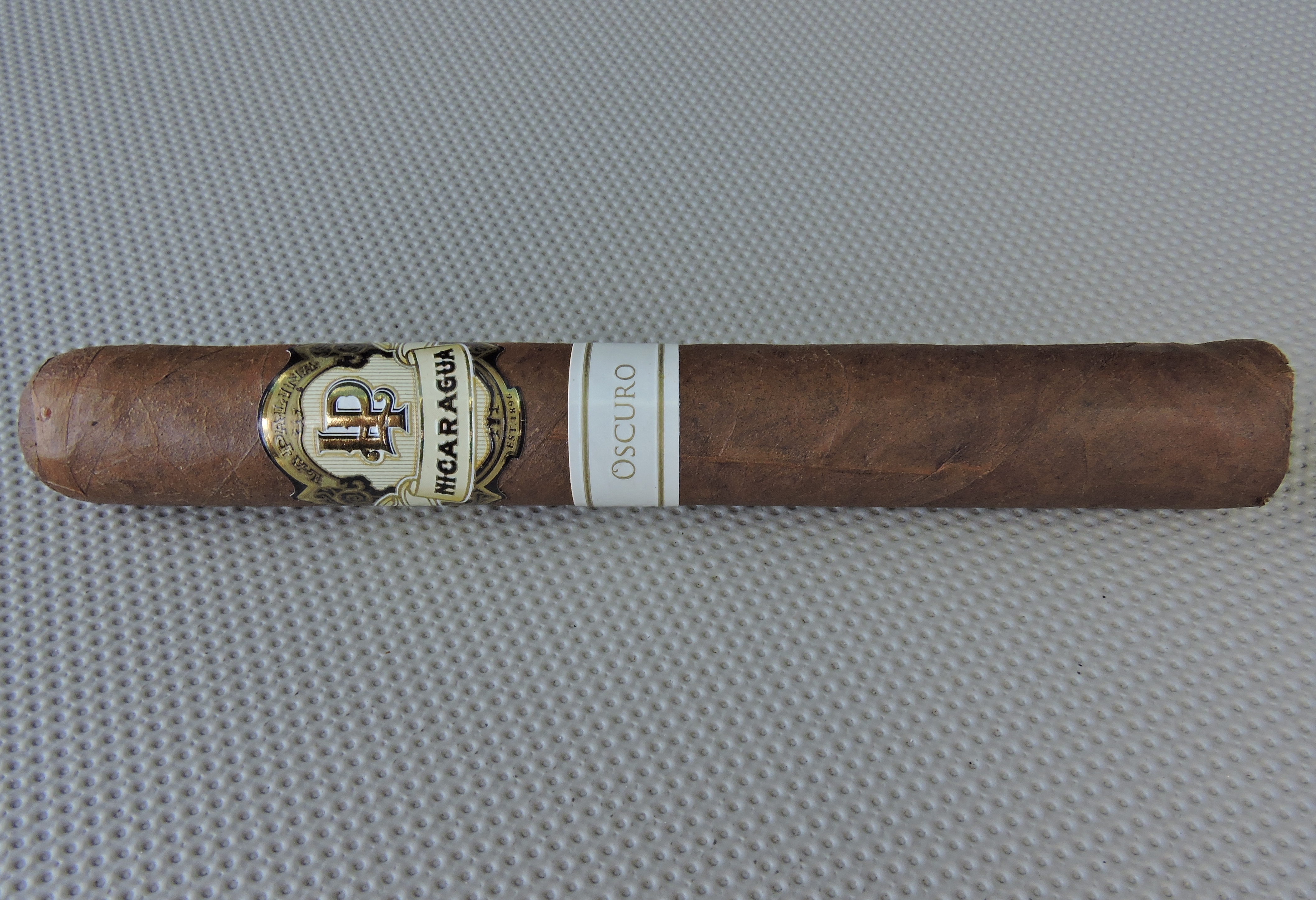 The choice of Tabacalera Fernandez was not a total surprise. While certainly AJ Fernandez was handling production for many leading brands, there was another connection. Late in 2015, Paley brought in Clay Roberts to be his CEO and co-President. Roberts is best known for spending many years heading up marketing at AJ Fernandez Cigars. Roberts had ties to the factory and it made a lot of sense.

Without further alet’set’s break down the La Palina Nicaragua Oscuro Toro and see what this cigar brings to the table.

In addition to being produced in Nicaragua, the La Palina Nicaragua Oscuro is a very Nicaraguan-centric blend. It features Nicaraguan tobaccos for the binder and filler. As the name indicates, the cigar features an Oscuro (darker) wrapper from Ecuador. 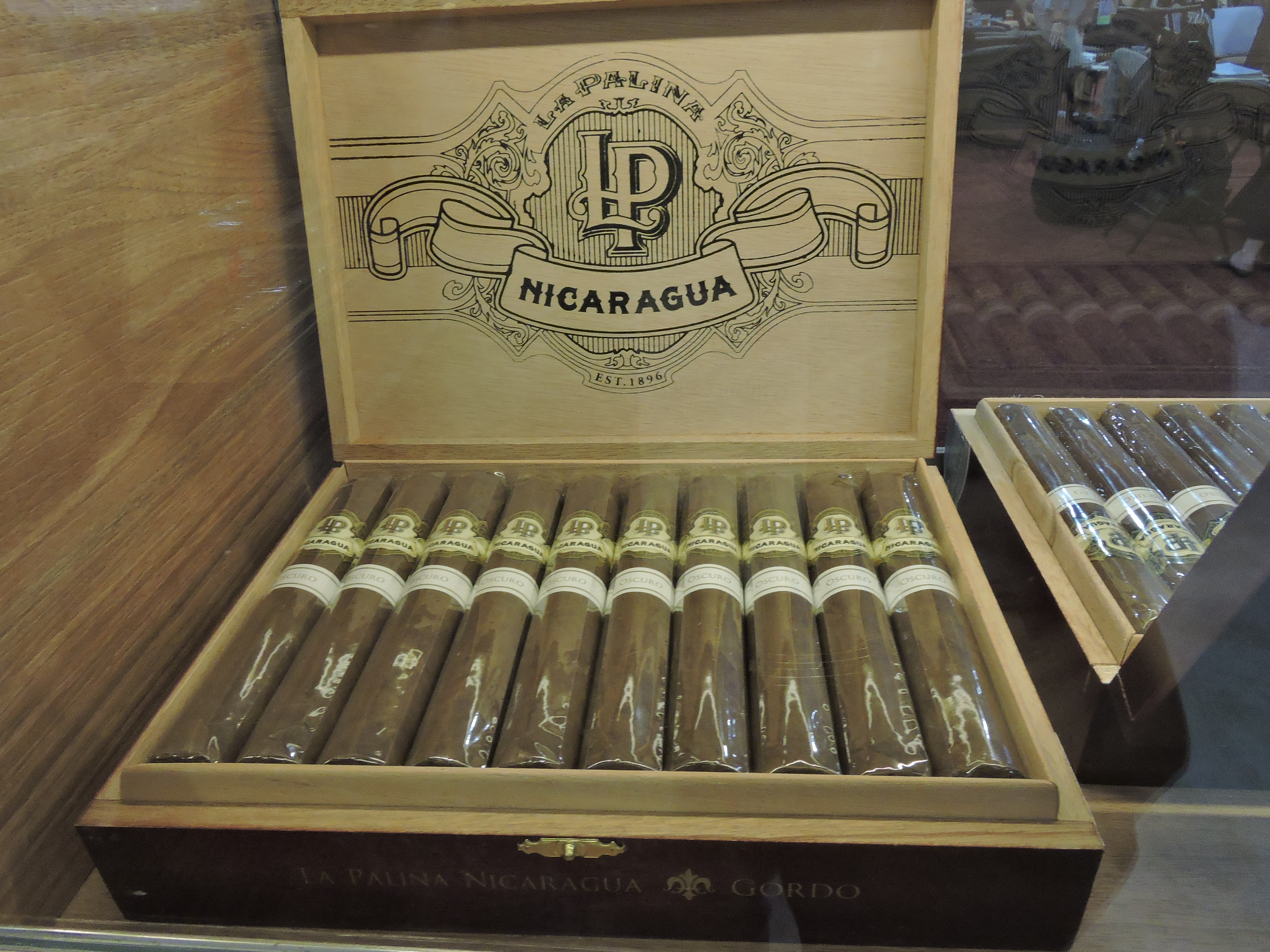 There are two bands on the La Palina Nicaragua Oscuro. The primary band features the alternate La Palina “LP” logo in large gold font with black trim. The logo sits on a pale yellow background with dull gold pinstripes. There is a pale yellow ribbon design with gold trim. On that ribbon is the text “NICARAGUA” in black font. There is metallic gold trim across the top and bottom The top center of the band features a partial metallic gold frame with the text “LA PALINA” etched on it. The lower part of the band also features a partial metallic gold frame with the text “EST 1896” in small black font. The remainder of the band has gold, pale yellow and black color scheme to it.

The secondary band is a simple white band with dull gold pinstripe near the top and bottom. The center of the band has the text “OSCURO” – also in dull gold font.

Prior to lighting up the La Palina Nicaragua Oscuro Toro, I used a straight cut to remove the cap. Once the cap was removed, I proceeded with the pre-light draw. The cold draw delivered notes of chocolate, wood, and a slight cedar note. I considered this to be a satisfactory pre-light draw. At this point, I was ready to light up the La Palina Nicaragua Oscuro Toro and move into the smoking experience.

The La Palina Nicaragua Oscuro Toro delivered a mix of chocolate, wood, white pepper, and dried fruit. Early on the chocolate notes move into the forefront. The dried fruit became a close secondary note with the wood and white pepper settling in the background. Early on, there were some notes of black pepper on the retro-hale.

By the start of the second third of the La Palina Nicaragua Oscuro Toro, the dried fruit notes moved into the forefront. During this phase, the chocolate notes diminished and the cedar notes increased. Toward the midway point, the pepper notes returned on the tongue, but this time had more of a black pepper varietal. It was also at this point where the dried fruit notes diminished.

When the La Palina Nicaragua Oscuro Toro entered the final third, the cedar notes took over as the primary note. There still were notes of dried fruit, chocolate and pepper in the background. I noticed a little bit of harshness toward the end, but by this point, it was time to put the La Palina Nicaragua Oscuro Toro down. At the close of the cigar, the resulting nub was cool in temperature, but slightly soft to the touch.

The burn of the La Palina Nicaragua Oscuro Toro performed quite well. This was a cigar that had no trouble maintaining a straight burn path. The actual burn line remained relatively straight – requiring what I would consider to be a normal amount of touch-ups  This was a cigar that had a firm ash with a salt and pepper complexion to it. Meanwhile, the burn rate and burn temperature were both ideal. 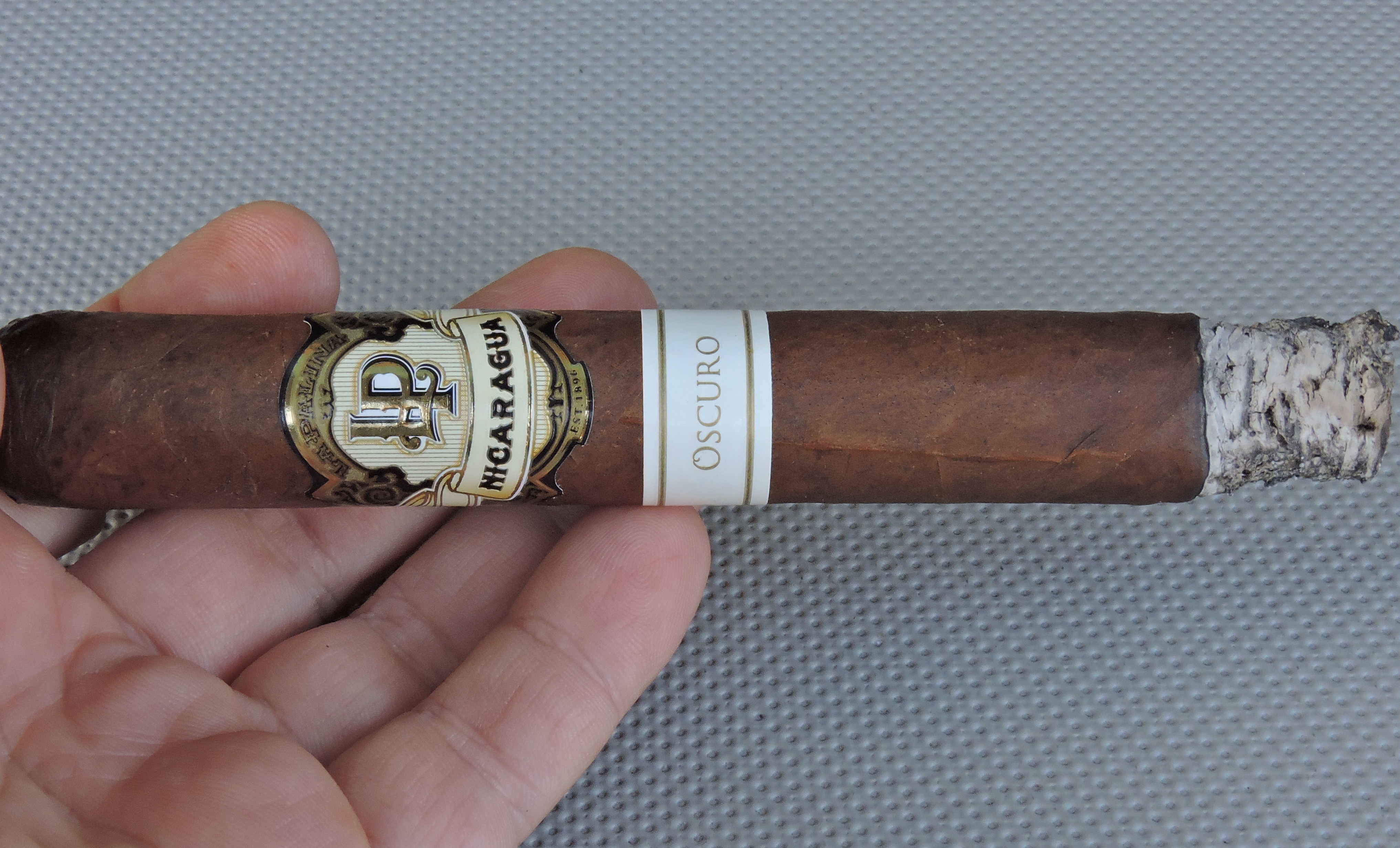 The draw also performed quite well. This was a draw that balanced out the openness and resistance very nicely. In the end, the La Palina Nicaragua Oscuro Toro was not a difficult cigar to derive flavors from.

The La Palina Nicaragua Oscuro Toro started out medium strength and medium to full-bodied. As the cigar experience progressed, there was a gradual increase in intensity of both attributes.  By the close of the cigar experience, while the intensity level increased, I still found the Oscuro Toro to be medium strength and medium to full-bodied.

When Bill Paley brought La Palina back in 2010, the company was very much grounded in boutique roots – most notably with the Family Series and Goldie releases. Along the way, the company has focused a lot on its core lines. Looking at La Palina in 2018, this is a company that clearly is focused on regular production and expanding its footprint. When it comes to the La Palina Nicaragua Oscuro, I would put it into the latter category. That being said, the La Palina Nicaragua Oscuro Toro is still a solid release by La Palina.

Flavor-wise, this is definitely a cigar that is better in the first half than the second half. At the same time, I wouldn’t say the La Palina Nicaragua Oscuro Toro is going to bring a radically different flavor profile when up against comparable cigars. This is a cigar I’d recommend to an experienced cigar enthusiast. It’s also a cigar that I wouldn’t discourage a novice from trying.  As for myself, it’s one I would smoke again and pick up some multiples for the humidor.