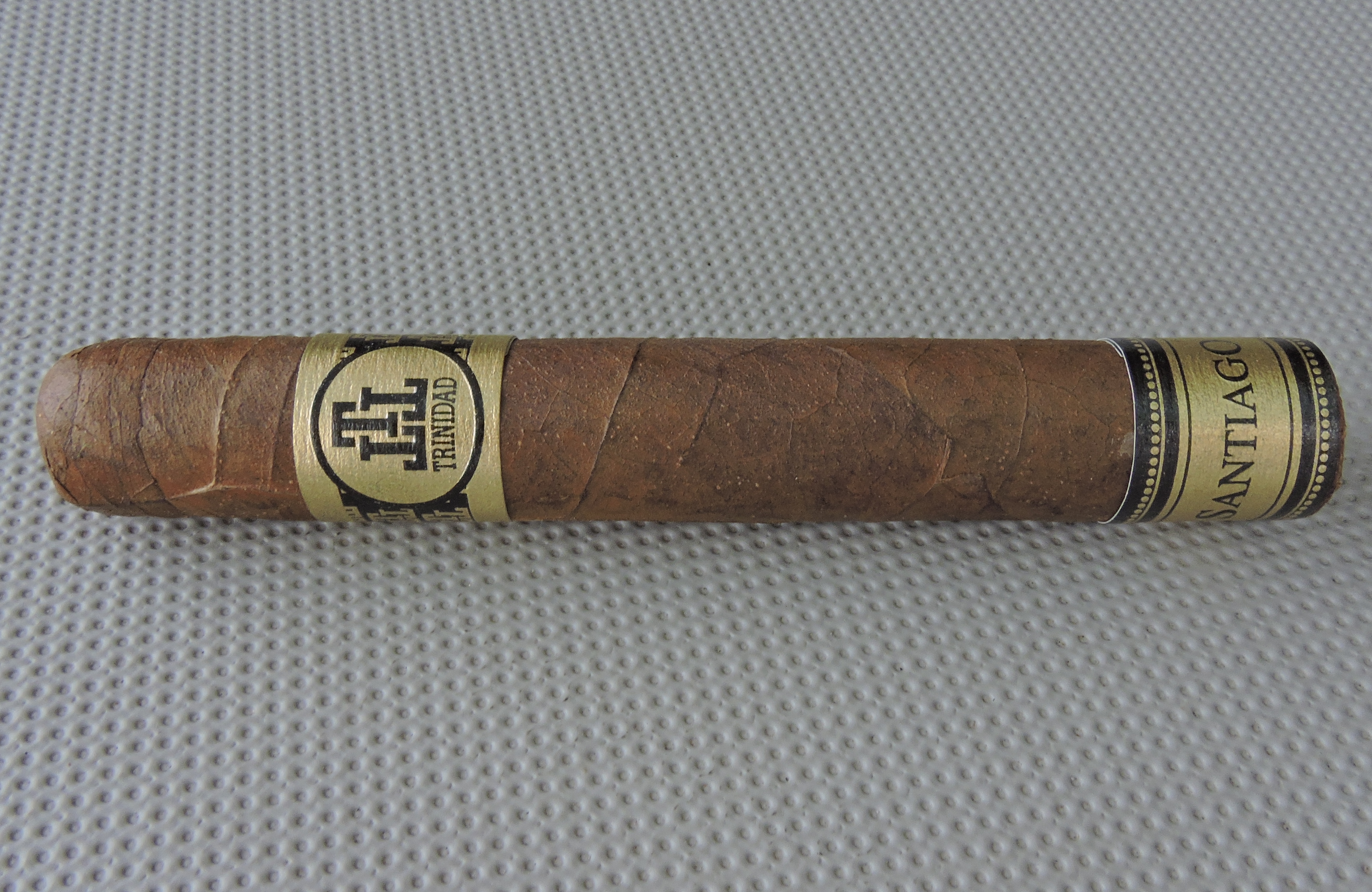 Altadis U.S.A. has amassed a large portfolio of brands, with some more active than others. One of the more dormant brands over the past five years has been the Trinidad brand. Like several of Altadis U.S.A.’s brands, it has a counterpart in the Habanos S.A. portfolio (after all, Altadis U.S.A’s parent company Imperial brands owns half of Habanos S.A.). In 2012, Altadis attempted to put a modern spin on Trinidad like it had done with the Romeo by Romeo y Julieta and created Trinidad Paradox. Eventually, the line was discontinued and really the only activity under Trinidad since then was 2015’s limited edition Trinidad Lost Blends. Last year, Rafael Nodal who was now overseeing product development and innovation at Altadis took his spin at reviving Trinidad and would create Trinidad Santiago. This time Trinidad Santiago is planned to be a regular production line by Altadis U.S.A. Today, we take a closer look at the Trinidad Santiago in the Robusto size.

Almost a year ago, Nodal and his company Boutique Blends entered into a strategic partnership that saw Altadis U.S.A. take over Boutique Blends distribution and Nodal become a part of the Altadis U.S.A. team, where he would eventually take over product development and innovation. Nodal had been no stranger to Altadis U.S.A. as back in 2015 (prior to joining Altadis) he collaborated with the company to produce the limited edition Romeo by Romeo y Julieta Aging Room Small Batch F25. Trinidad Santiago would become Nodal’s first project with Altadis U.S.A. since the strategic partnership had been agreed to. 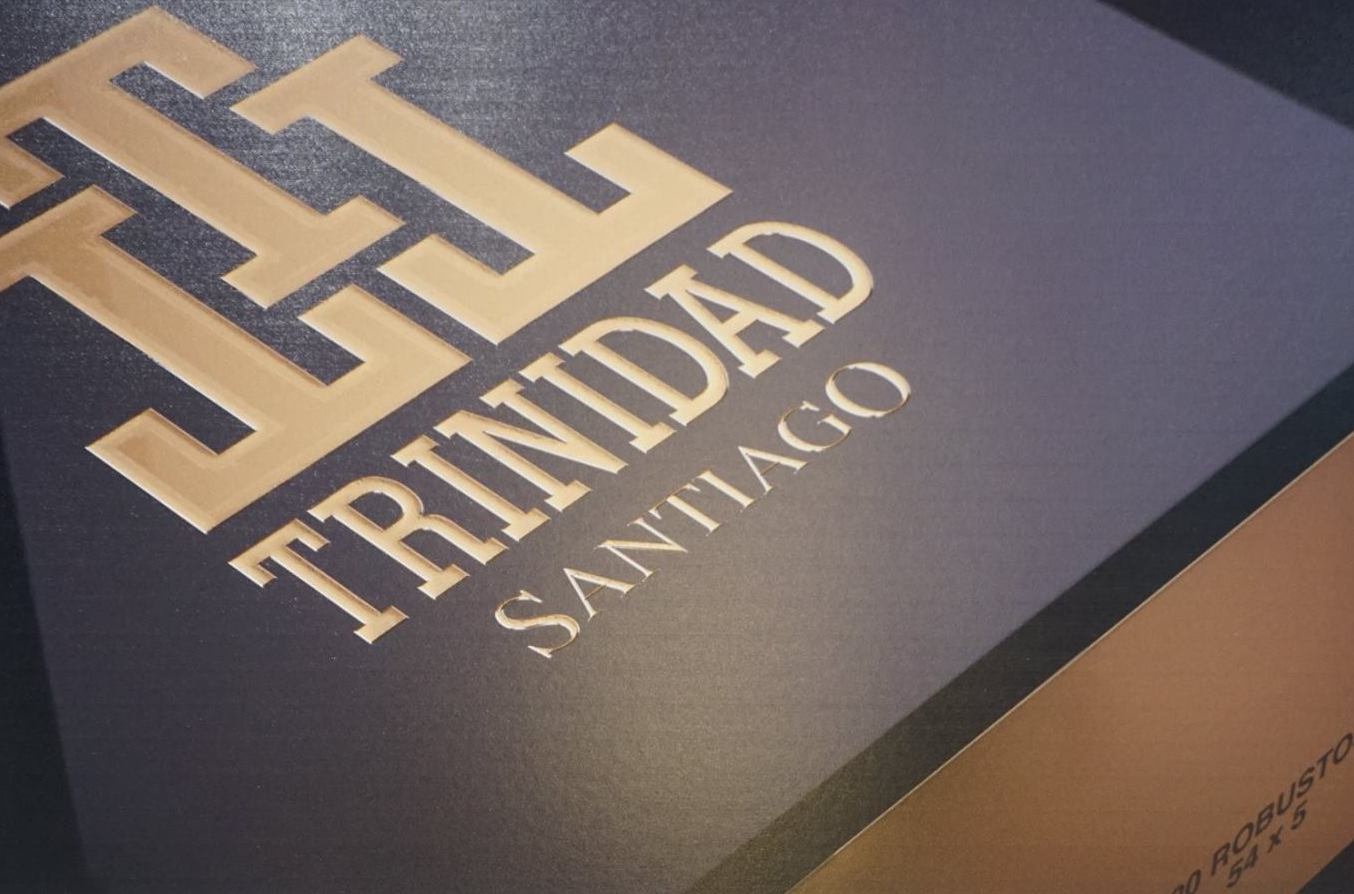 Without further ado, let’s take a look at the  Trinidad Santiago Robusto and see what this cigar brings to the table.

The Dominican wrapper of the Trinidad Santiago Robusto had a medium brown color to it. Upon closer examination, some darker mottling can be seen on the wrapper. This was definitely a wrapper that was on the thicker side. While there was a light coating of oil on the wrapper, the wrapper also had a sandy texture to it when held in the hand. On the surface of the wrapper, there were some visible veins as well as some visible wrapper seams.

The Trinidad Santiago has two gold-colored bands. The primary band is highlighted by the Trinidad “T’ logo in black font. To the left and right there are several gold Trinidad “T” logos sitting on a black background. On the far right is the text “Est Ranchuelo Cuba 1905” (the location and year the brand was founded in Cuba) in a small black cursive font arranged in landscape mode.

The secondary band surrounds the footer of the cigar. It is gold in color with black trim. On the center of the band is the text “SANTIAGO” in large black font.

Prior to lighting up the Trinidad Santiago Robusto, I used a straight cut to remove the cap. Once the cap was removed, I proceeded with the pre-light draw. The cold draw delivered a mix of cedar and natural tobacco. There also was a slight graham cracker sweetness that I picked up. Overall the pre-light draw of this cigar delivered a satisfactory pre-light experience. At this point, I removed the footer band, lit up my Trinidad Santiago Robusto and awaited what the smoking experience would have in store.

The Trinidad Santiago Robusto started out with a healthy dose of natural tobacco flavor. What stood out was that the natural tobacco notes had both sweet and savory components to them. Meanwhile, there were complementary notes of cedar, mixed black and red pepper, and earth in the background. The retro-hale delivered an additional layer of red pepper.

Throughout the first half, the natural tobacco flavor varied in terms of whether the sweet and/or savory qualities were more prominent. As the Trinidad Santiago Robusto moved into the second third, the natural tobacco began to shed some of its savory qualities. Simultaneously, the earth notes started to make their way into the forefront. Meanwhile, the cedar and pepper notes remained secondary.

The Trinidad Santiago Robusto had no problems maintaining a straight burn path. For the most part, the burn line was on the straight side as well. The resulting ash was firm with a light gray color to it. Meanwhile, the burn rate and burn temperature were both ideal. 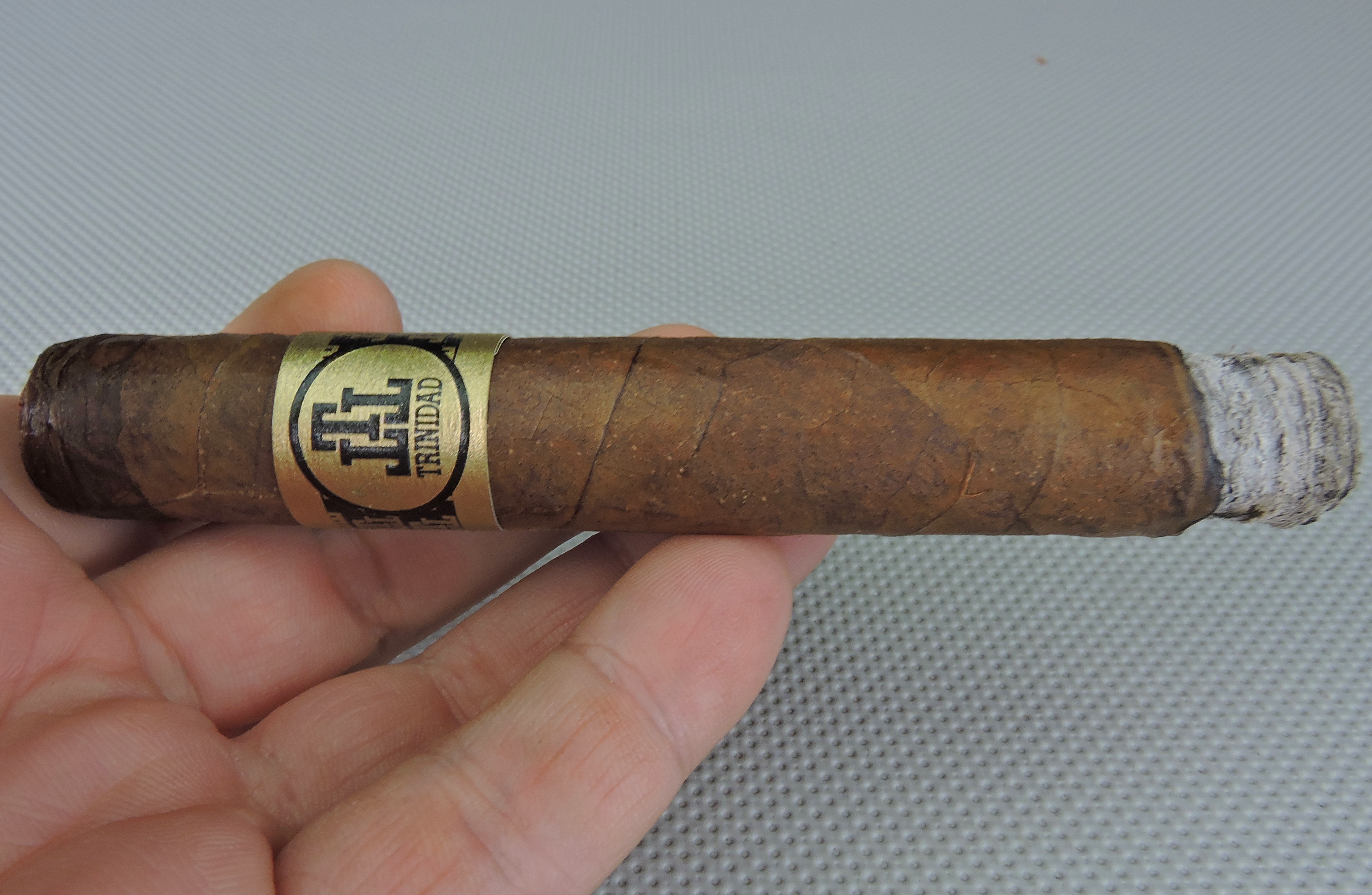 Burn of the Trinidad Santiago Robusto

The draw to the Trinidad Santiago Robusto was ideal. It had a touch of resistance to it – which is something I consider the positive. At the same time, this cigar was low maintenance to derive flavor from and delivered a nice volume off smoke production.

In terms of strength and body, I found the Trinidad Santiago Robusto to be on the upper end of medium. For the most part, I didn’t find much variance in the intensity levels of both attributes. The strength and body balanced each other nicely with neither attaining dominance.

The Trinidad Santiago uses the tagline “A Dominican Cigar with a Cuban Soul”. While some of the packaging had somewhat of a Cuban influence, I found my smoking experience with the Robusto showcased the robustness of what Dominican tobacco has to offer. I particularly loved the first third when this cigar delivered its savory qualities. As the cigar experience progressed, I did find “the wow factor” I experienced early on had diminished, but in the end, it was still a very good cigar.