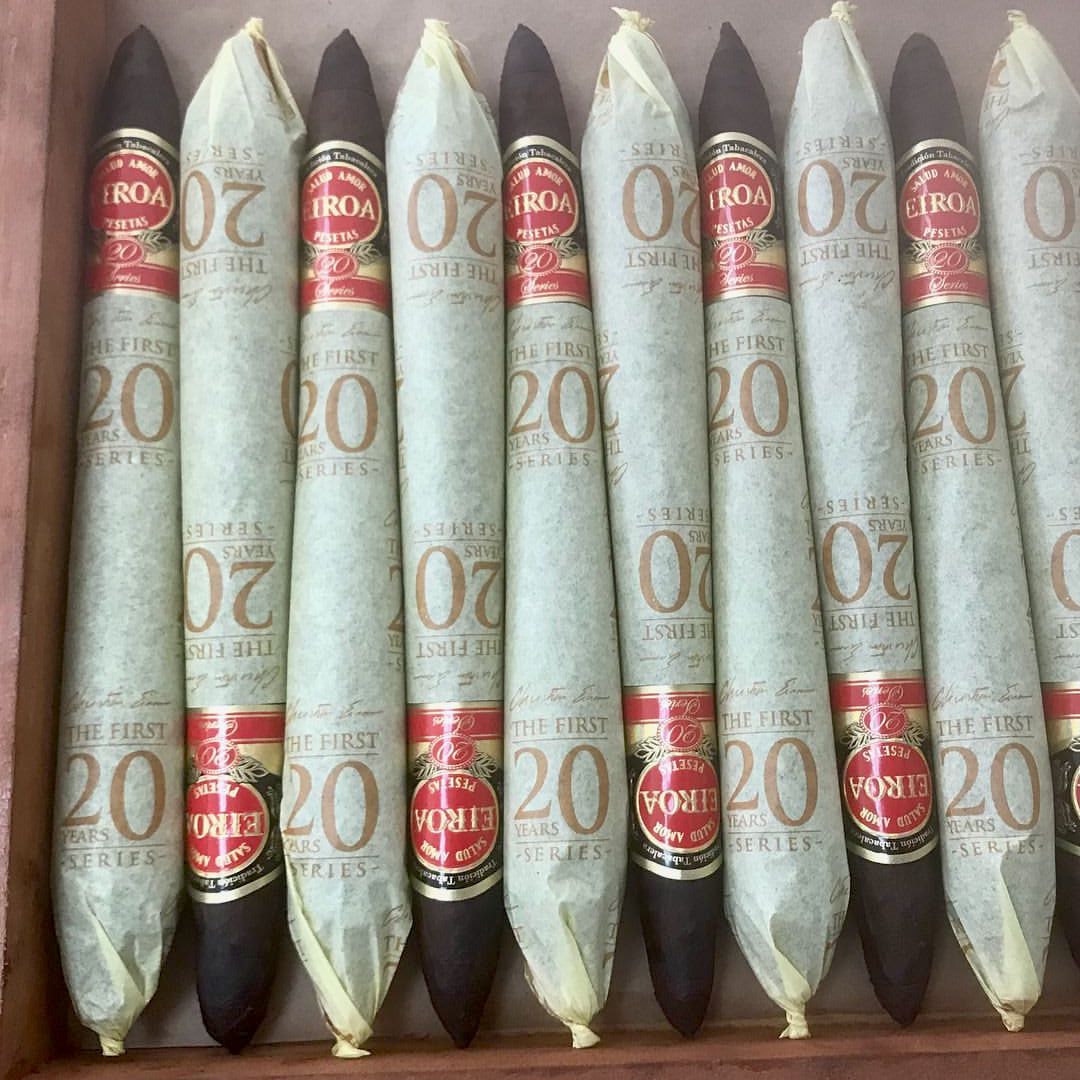 The Diadema brings back a size that became a cult following when company owner Christian Eiroa owned Camacho Cigars. During the 2000s, a large 8 x 48/60 Salomon vitola was done on several Camacho blends. Now Eiroa has brought this size into to C.L.E. portfolio and has introduced an exclusive cigar under its EIROA – The First 20 Years brand for the members of the TAA.

As for the blend its a Honduran puro with two key components. The wrapper is a Mexican seed wrapper grown at the Eiroa Family Tobacco farm and the binder and filler utilize a strain of tobacco called La Victoria that originated from Eiroa’s grandfather Generoso Eiroa. 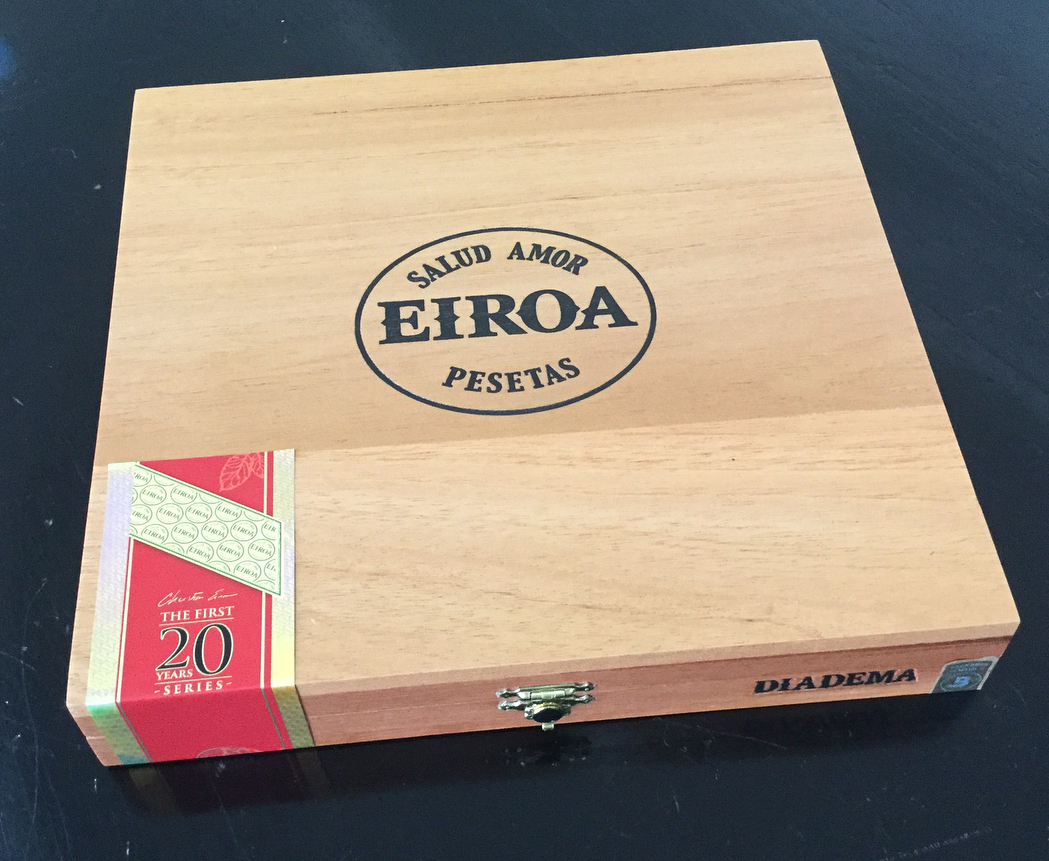 At a glance, here is a look at the EIROA First 20 Years Diadema: