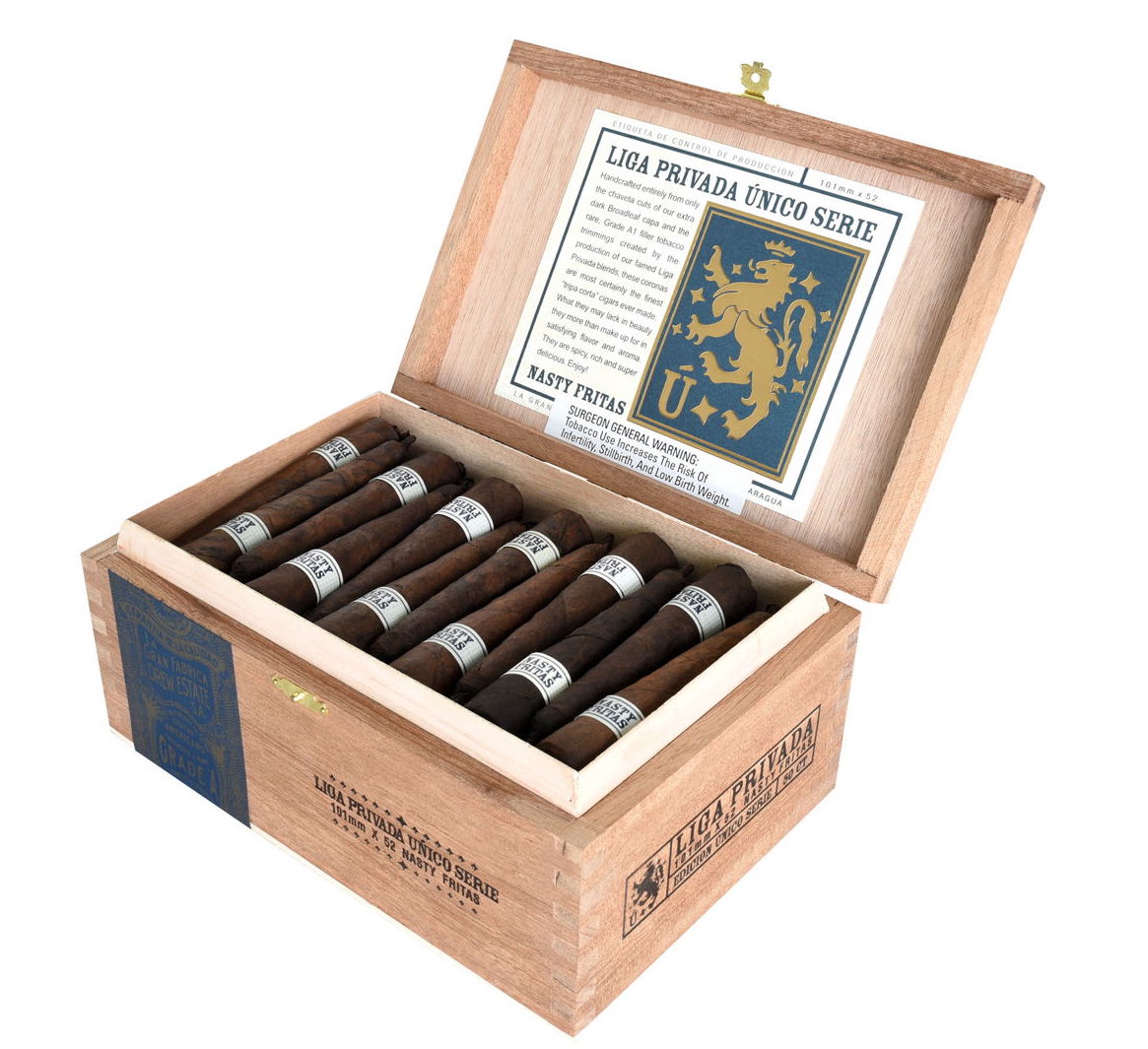 Late in 2012, the first mixed filler release under Liga Privada, the Liga Privada Unico Serie Papas Fritas was released. That “tripa corta” consists of leftover trimmings from the production of Liga Privada No. 9 and Liga Privada T52.

Nasty Fritas becomes the 11th offering in the Liga Privada Unico Serie – which features a series of blends optimized to one particular vitolas size. The other offerings include:

At a glance, here is a look at the Liga Privada Unico Serie Nasty Fritas: