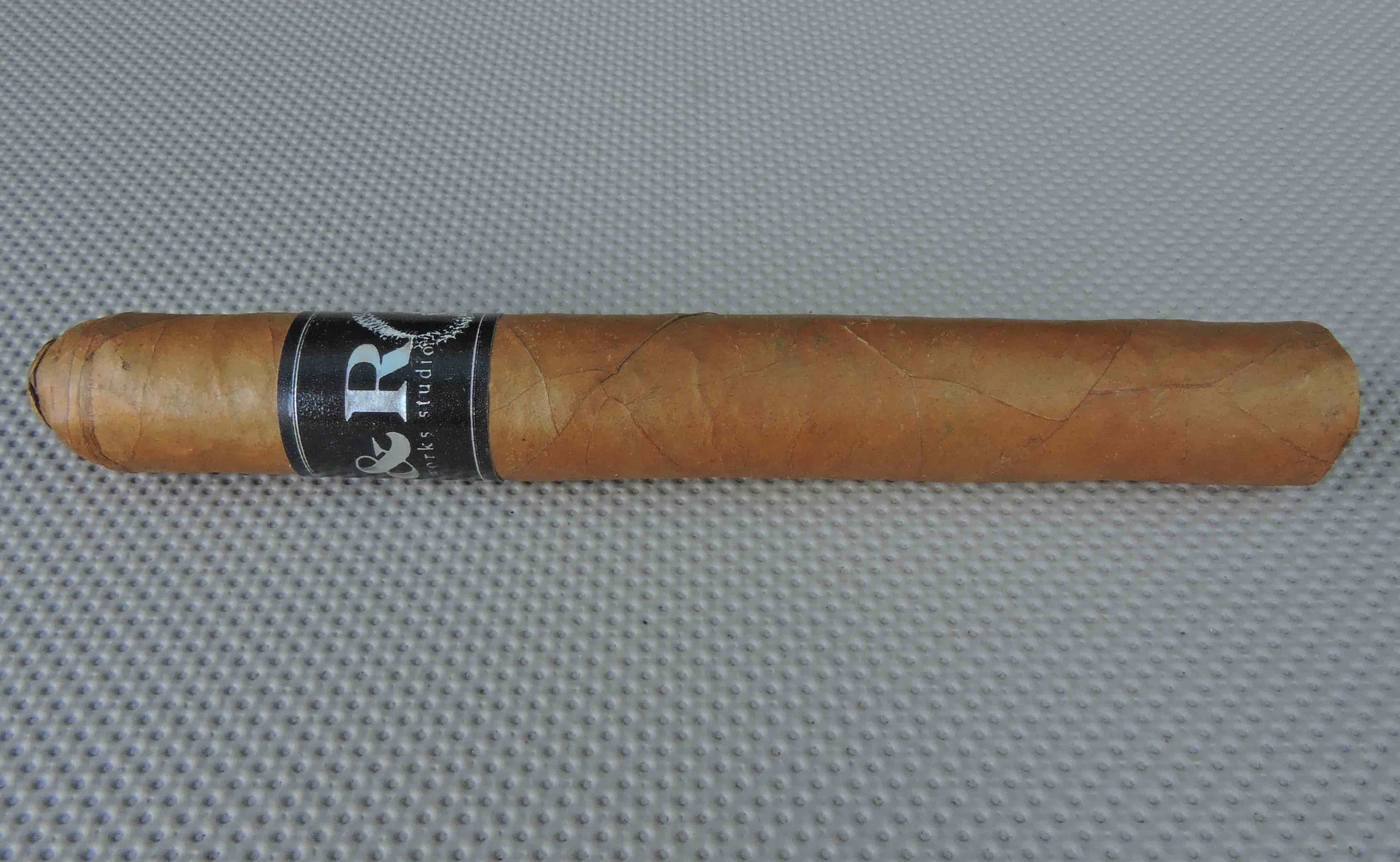 In 2016, James Brown introduced three new lines under his Black Works Studio brand just prior to the August 8, 2016 deadline where new releases would require pre-market approval. The three new releases were Sindustry, Boondock Saint, and S & R. At the time, Brown opted to put these cigars into limited release. Over the next 18 months, the three cigars each were showcased with a more widespread release while still keeping to the brand’s small batch philosophy. S & R would be the last of the three cigars as it would have its release in February 2018. As we will see, S & R would be a change of pace release for Brown as it would be very different for what he is known for. Today, we take a closer look at the S & R in the Corona Gorda size.

Several Black Works Studio releases have been inspired by movies such as Boondock Saints, Green Hornet, Kato, and NBK (Natural Born Killers). The name S & R fits into this model. S & R stands for Serpents and Rainbows, drawing its inspiration from the film and book “The Serpent and the Rainbow”.

Without further ado, let’s break down the S & R Corona Gorda and see what this cigar has to offer.

One thing that makes S & R different from other releases is the tobaccos that are included. For the first time in a release from Brown’s brands (Black Works Studio and its sister brand Black Label Trading Company), this release incorporates a Sumatra wrapper as well as using Dominican tobaccos. The brands have also built a reputation for stronger, bolder maduro releases (although not completely exclusive to the brands). S & R is meant to provide more of a classic medium profile.

S & R is available in two sizes.  Each size is presented in 20-count boxes.

When comparing the wrapper of the Black Works Studio S & R Corona Gorda to other Sumatra wrappers, it is definitely on the lighter side. I’d classify this as a claro or one that might look like a darker Connecticut shade. There was some oil on the surface of the wrapper. It is a smooth wrapper with some thin visible veins and minimally visible wrapper seams. Keeping to the artesian work that Black Works Studio has become known for, the S & R Corona Gorda is finished with a swirled pig-tail cap.

The band to the S & R has a black background with silver font. Prominent on the band is the text “S & R” in large font. Below that text is the text “BLACK WORKS STUDIO” in smaller font. To the right of the text is the image of the head of the serpent. The far right of the band has a rainbow ray. The way the band folds over the right side covers the majority of the rainbow and as a result, when the band is on a cigar only a small portion of the rainbow is visible on the cigar. 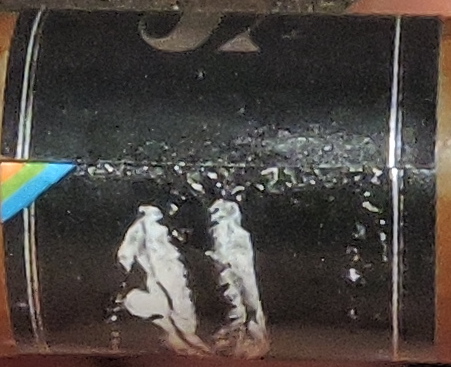 Instead of pulling off the pig-tail cap of the Black Works Studio S & R Corona Gorda, a straight cut was used to remove both the cap and the tail. Once the cap was removed, it was time to commence the pre-light draw. The dry draw was simple, but flavorful as notes of plum and wood were detected. This was a satisfactory pre-light draw. At this point, it was time to light up the S & R Corona Gorda and move on to the smoking phase.

The Black Works Studio S & R Corona Gorda started off with notes of oak, cream, plum sweetness, and a subtle amount of black pepper. Early on the oak and cream notes moved into the forefront. There was a fusion between the two notes and thus I called it “creamy oak”. Meanwhile, the plum and pepper moved into the background and was joined by notes of baker’s spice. During the first third the plum and pepper varied in different degrees of intensity while the baker’s spice remained constant. Meanwhile, there was an additional layer of black pepper.

During the second third of the S & R Corona Gorda, some earth notes entered the equation. These notes were first in the background and then started to make their way into the forefront with the creamy oak notes. The plum notes along with the pepper and baker’s spice remained in the background. Once past the halfway point, the pepper and baker’s spice began to build in intensity.

By the last third, the earth notes along with the baker’s spice took control. The cream notes dissipated, but the oak notes remained in the background with the plum and pepper notes. This is the way the cigar experience of the S & R Corona Gorda came to a close. The resulting nub was firm to the touch and cool in temperature.

The Black Works Studio S & R Corona Gorda maintained a straight burn path from start to finish. There was a slight amount of unevenness on some occasions during the smoking experience, but the cigar was never in danger of getting completely off-track. The resulting ash had a light gray color. This wasn’t very firm and there was some minor flaking along the way. In the end, this really didn’t detract from the smoking experience. The burn rate and burn temperature were both ideal. 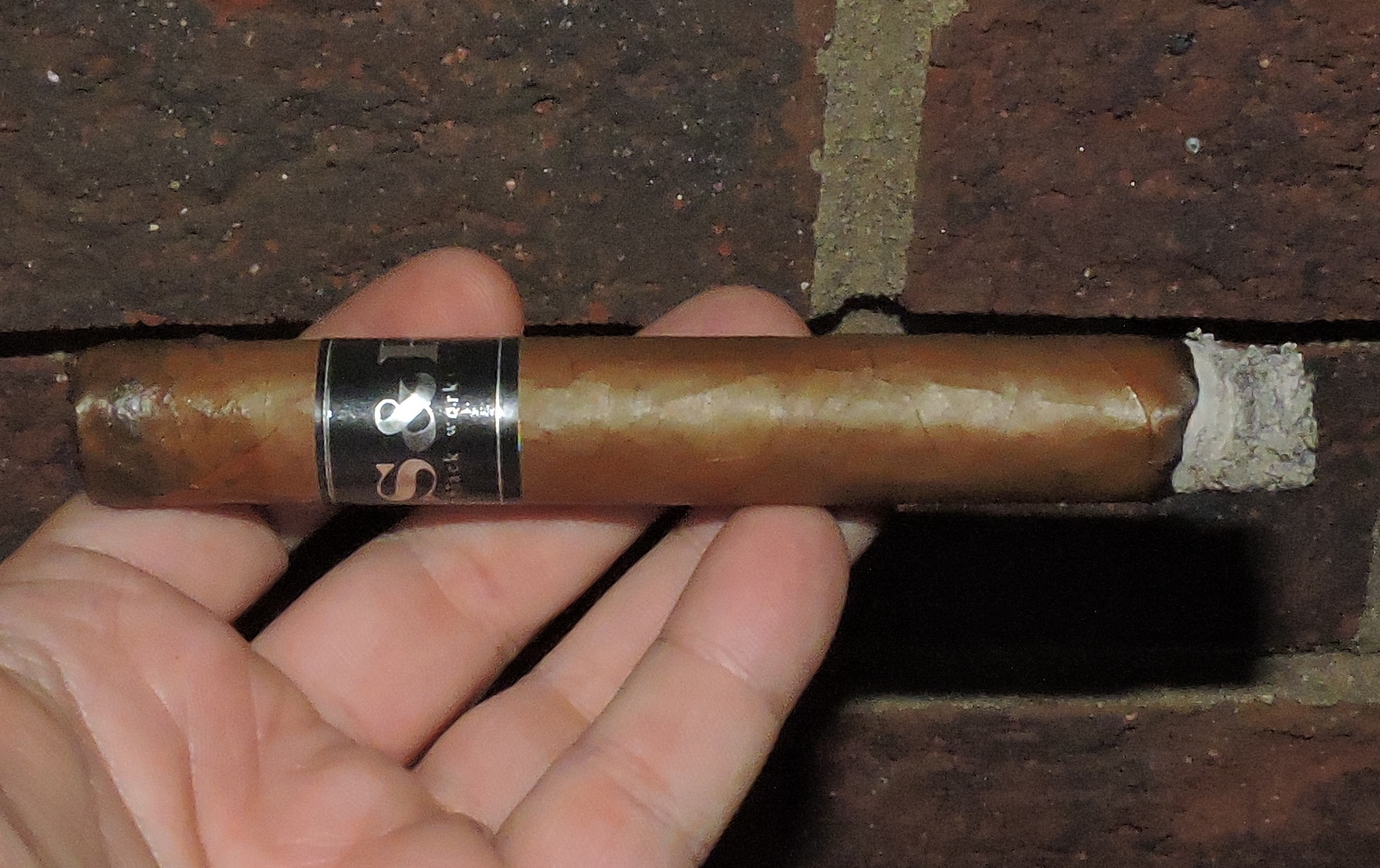 When it came to the draw, the S & R Corona Gorda had a touch of resistance to it – which is something that I like. Overall this was a low maintenance cigar to derive flavor from.

Black Works Studio positioned the S & R as a “medium cigar”, and in a nutshell the Corona Gorda lived up to these expectations. This was a cigar that started out medium strength and medium-bodied. While there was a slight increase in the intensity of both attributes, the cigar remained in the medium range for strength and body right until the end. Throughout the experience, the burn and draw balanced each other nicely with neither attribute overshadowing the other.

The S & R Corona Gorda delivered a solid smoking experience. It definitely showcased that Brown and Fabrica Oveja Negra can work with some tobaccos out of their comfort zone. At the same time, I found the medium strength, medium-bodied profile to work extremely well with this blend. The sweetness and spice were never overpowering – which was a big plus in my book. While this cigar was certainly ready for prime time, I’m curious to see where this cigar goes with some longer-term aging. This is definitely a cigar I would recommend to either a novice or experienced cigar enthusiast. As for myself, this is a cigar I would smoke again and certainly purchase multiples to keep in my humidor.