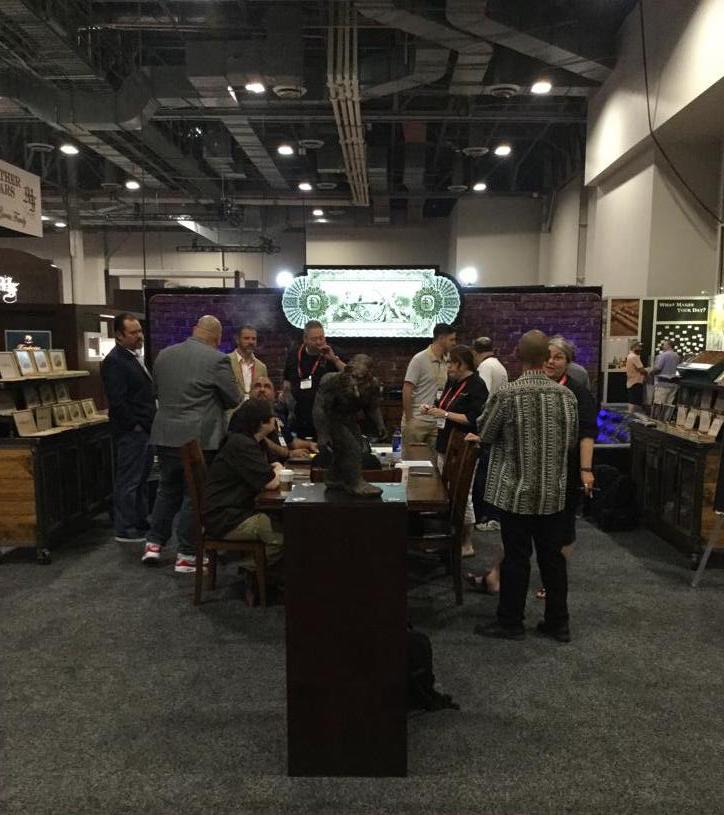 Prior to the COVID-19 pandemic, it didn’t sound like Steve Saka and Dunbarton Tobacco & Trust was going to do a major release for 2020 – and that holds true this summer. The focus on DTT’s releases wasn’t around a new brand or new line, but rather rounding out some areas of the portfolio.

In addition, Sobremesa Brûlée introduced a big 7 x 54 Double Corona. This is a cigar that was created based on consumer feedback for those looking for a “golfing cigar” (longer, bigger smoke). The Double Corona is available in 13-count boxes – each priced at $13.95 per cigar.

Earlier this year, Dunbarton Tobacco & Trust released Muestra de Saka Unstolen Valor. The Unstolen Valor is the fifth installment of the Muestra de Saka series. Muestra de Saka is described by Saka as “A line of unique blends and vitolas made in extremely limited quantities that reflect the blending machinations of myself.”  Saka has said this line is meant to challenge himself as a blender. Unstolen Valor is a little different in that Saka’s factory manager Raul Disla at Nicaraguan American Cigars S.A. (NACSA) blended this cigar. Disla oversees production for Mi Querida, Triqui Traca, and Umbagog.

The cigar itself is a 6 x 52 Toro packaged in coffins. While the cigar was released earlier this year, Saka said a second shipment is forthcoming to retailers.

Saka also said the 2019 production of his ultra-premium Muestra de Saka Unicorn will be shipping this fall. There is a production of 1,000 Unicorns available, but Saka has said he is back ordered by 7,000 on the cigars.