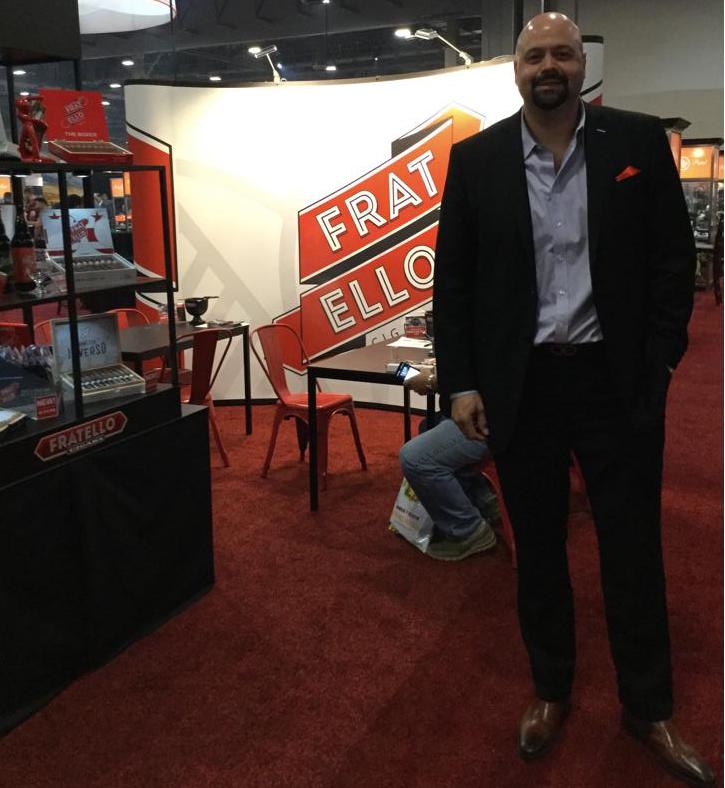 In 2019, Fratello introduced the Fratello Space Fresh Pack that included two unreleased blends, Fratello Sorella and Fratello Arlequín. Based on the feedback he received, Fratello decided to release both of these blends.

According to De Frias, the Sorella was he blend that took the spotlight in the International market, so De Frias has decided to release it to the non U.S. market. The cigar consists of an Ecuadorian wrapper, Indonesian binder and fillers from the Dominican Republic and Nicaragua. Instead of being released in the 6 x 50 format that was found in the Space Pack, it will be released in a 5 x 50 Robusto and a 6 1/2 x 54 Toro. Each will be presented in 10-count boxes. Production is being handled out of the Joya de Nicaragua factory 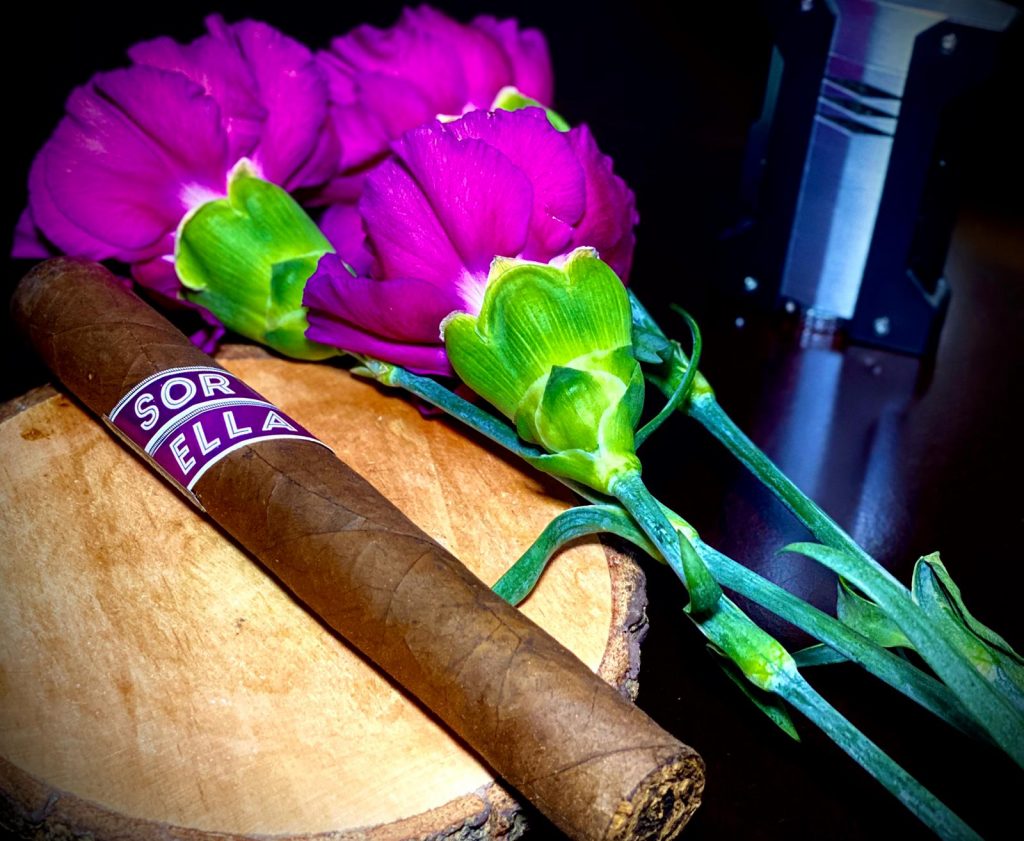 On the other hand, Arlequín connected with the U.S. market, so De Frias is releasing it in the U.S. The cigar difference is while the blend in the Space Pack was a parejo, it is being released as Fratello’s first all box-pressed line and will be called the Fratello Arlequín Prensado. The blend consists of a San Andres Mexican wrapper, Ecuadorian Habano binder and fillers from Peru and Nicaragua. Instead of being released in the 6 x 50 format that was found in the Space Pack, it will be released in a 5 1/2 x 52 Robusto and a 6 1/2 x 54 Toro. Each will be presented in 20-count boxes. Pricing is set at $9.50 for the Robusto and $10.50 the Toro. Production for the Fratello Arlequín Prensado is also coming out of the Joya de Nicaragua factory. 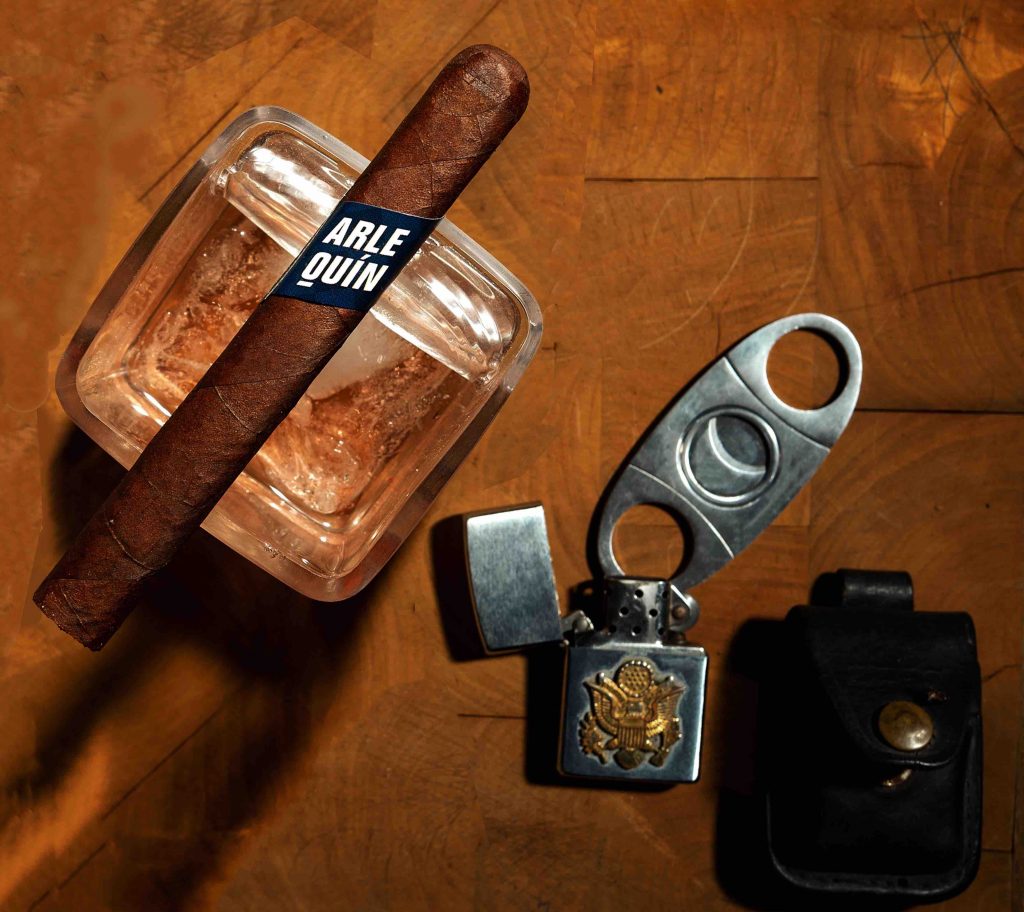 Finally, as the summer kicked off, the Fratello Camo Series has hit the stores. This was a line introduced at the Tobacco Plus Expo (TPE) 2020. It’s a three blend value-priced bundle offering coming from the La Aurora factory. The three blends are: Fratello Blu (Maduro), Fratello Rosso (Habano), and Fratello Verde (Connecticut). Each offering comes in 15-count bundles and is available in two sizes – a 5 x 50 robusto and a 6 x 50 toro. Pricing is slated at $3.25 MSRP per cigar or $49.00 MSRP per bundle. 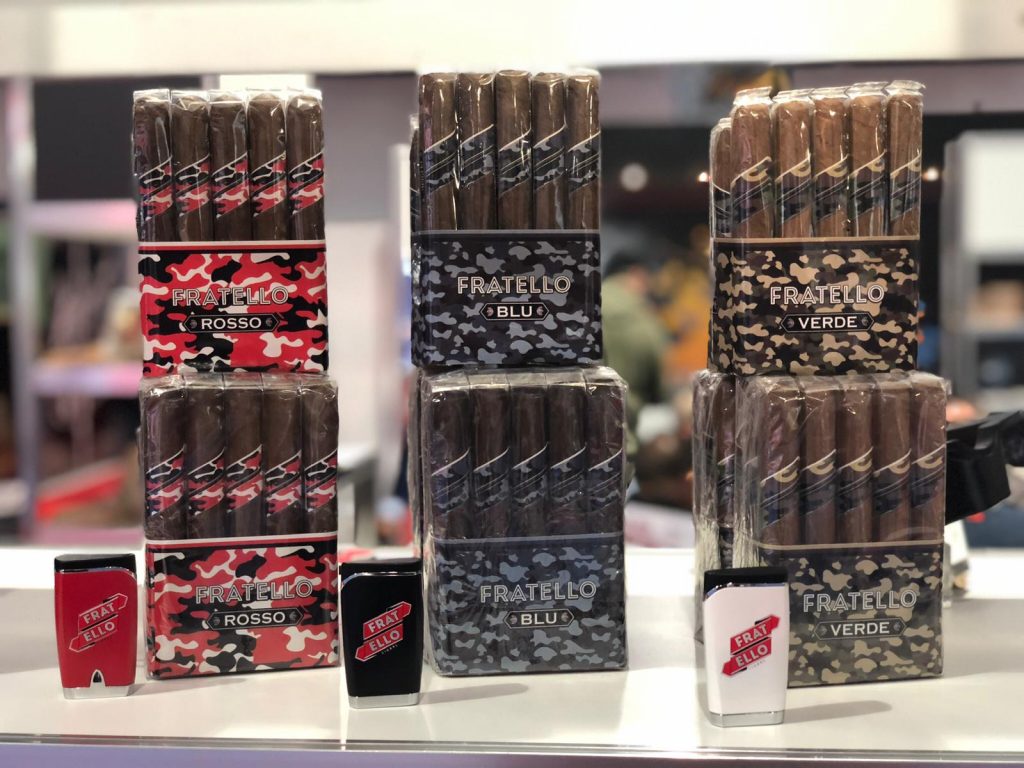 Shortly after the Virtual Trade Show, De Frias joined us on Prime Time Special Edition 81 for a full interview: