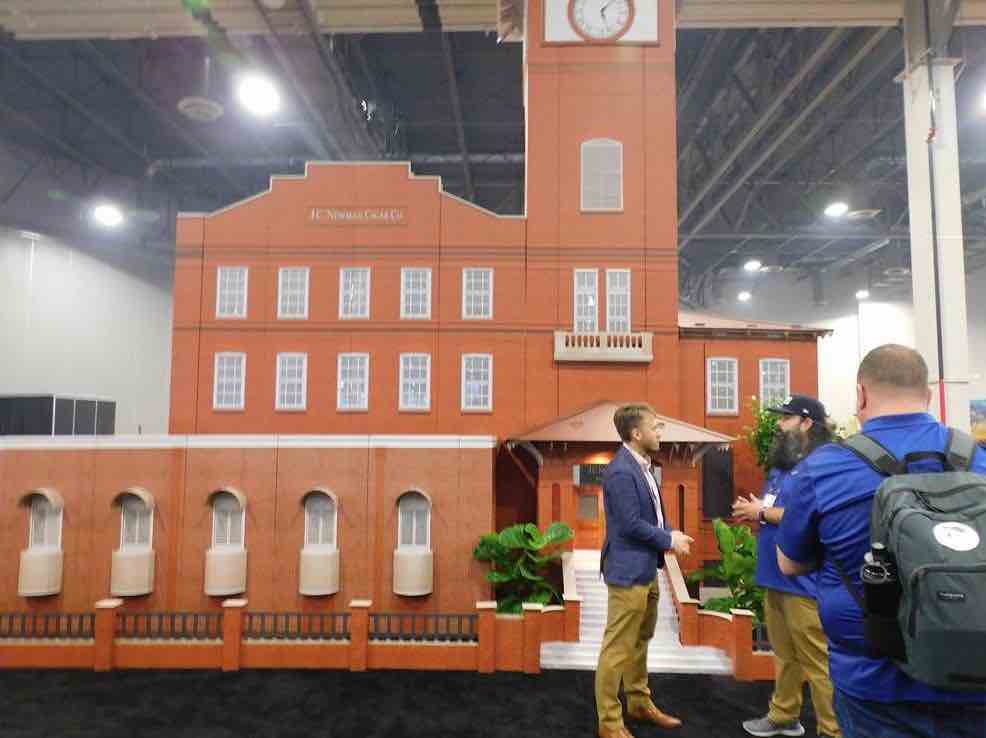 J.C. Newman Cigar Company has always embraced its heritage. It’s proud to be the oldest family-owned cigar maker in America, and it’s proud of its 111-year-old El Reloj factory. Over the past few years, J.C. Newman has focused on its unique position of having such a rich history behind it. The company recently has undertaken renovations at El Reloj, and now is opening up its factory to tours. In addition, it also has brought back hand-rolled premium cigar making to El Reloj with the launch of The American (a cigar that went on to win the Cigar Coop 2020 Cigar of the Year). Keeping to the theme, J.C. Newman decided to bring El Reloj to the Trade Show with an all-new booth design replicating its historic facility.

To bring El Reloj to the Trade Show, the company contracted GoKarton of Miami, Florida to design a cardboard replica of the factory to serve as the company’s trade show booth. J.C. Newman is not the first company to use a cardboard booth – in 2019, Espinosa Cigars had also worked with GoKarton to design a cardboard booth. In the case of the J.C. Newman booth, it was massive. The design and color scheme really gave a feel of an actual factory in Ybor City. According to GoKarton, it was the world’s largest trade show booth ever created. 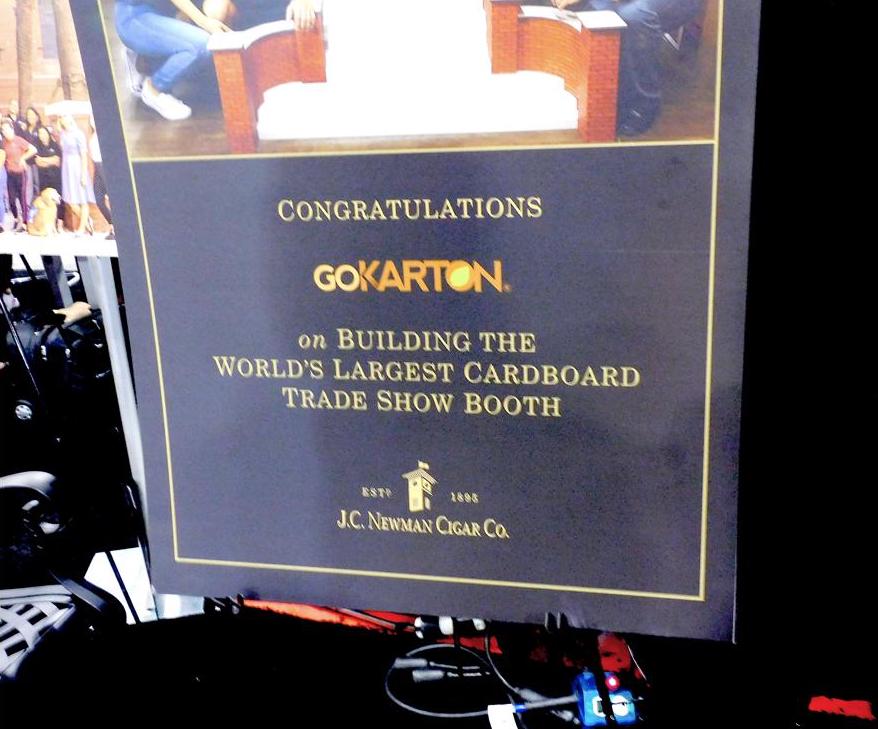 One thing we learned from Drew Newman is that there is a second line coming out of El Reloj known as Angel Cuesta. Angel Cuesta is named for Angel LaMadrid Cuesta, one of the co-founders of the iconic Cuesta-Rey line. Cuesta came to the U.S. in 1884 and opened his own cigar factory. Eventually, Cuesta would join forces with Peregrino Rey and Cuesta-Rey was born. Newman said the blend for the Angel Cuesta consists of an Ecuadorian Havana wrapper over a Cameroon binder and aged Nicaraguan fillers. Newman hopes the cigar will be launched later this year.

One final note is that next month, the Yagua cigar is scheduled to make a return. The Yagua project is one that comes from J.C. Newman’s Puros de Estelí Nicaragua, S.A. (PENSA) Factory Manager Lazario Lopez. The cigar is a throwback-style cigar that is rolled without a cigar mold but with the frond of a Yagua tree. According to J.C. Newman, back in the 1940s the grandfather of Lazaro Lopez (the manager of J.C. Newman PENSA Factory in Estelí, Nicaragua) would roll cigars into a cigar shape without using a mold. In place of the mold, the frond of a Yagua tree was used. Yagua is a type of royal palm native to Cuba. The Yagua was first announced at the 2019 Trade Show and had its first release in 2020.

Newman also talked about the recent revamping of the Perla Del Mar as well as plans to revamp the Black Diamond line.