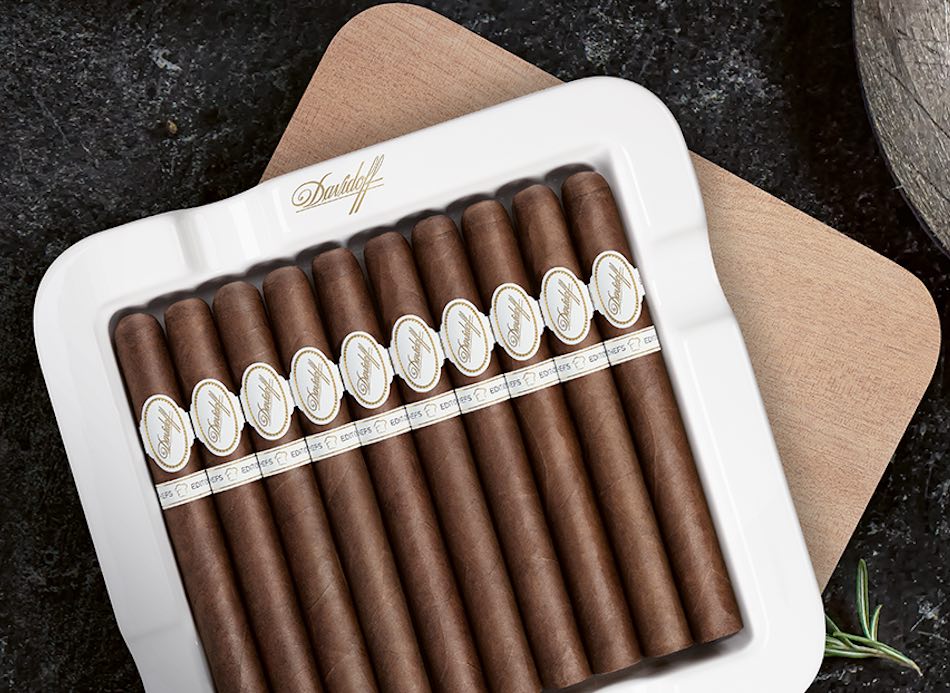 Davidoff has announced the Davidoff Chefs Edition 2021, the third blend in its Chefs Edition Series. It’s a project that brings together the world of cigar making with the culinary arts.

The Davidoff Chefs Edition 2021 featured the following chefs to work on the project with the Davidoff team:

The blend for the Davidoff Chefs Edition features a Hybrid 238 wrapper from Ecuador over a San Andres Mexican binder and Dominican fillers. The cigar comes in one size – a 48 x 7 Churchill.

“We are proud of our partnership with acclaimed three Michelin starred chefs from Europe and the US as well as one of the brightest lights in Latin American cuisine. The third installment of our Davidoff Chefs Edition unites the staggering expertise of nine Michelin Stars and expresses the common values that the masters of both crafts share,” says Edward Simon, CMO of Oettinger Davidoff, in a press release. “But most important, the Davidoff Chefs Edition 2021 meets the demand of our collective passion perfectly: the love for the finest cigars and culinary experiences,” he continued.

The cigars are presented in unique ten-count packaging. The ceramic base can be used as an ashtray while the wooden lid can be used as a serving tray for spirit glasses and cigar accessories. A total of 9,700 of these ten-count units were produced.

The Davidoff Chefs Edition 2021 will be available worldwide on September 16.

At a glance, here is a look at the Davidoff Chefs Edition 2021: