“Crux has produced some very high scores over the years on Cigar Coop, and Crux has proven they can deliver an excellent maduro. This is a cigar I would recommend to a novice or experienced cigar enthusiast.” 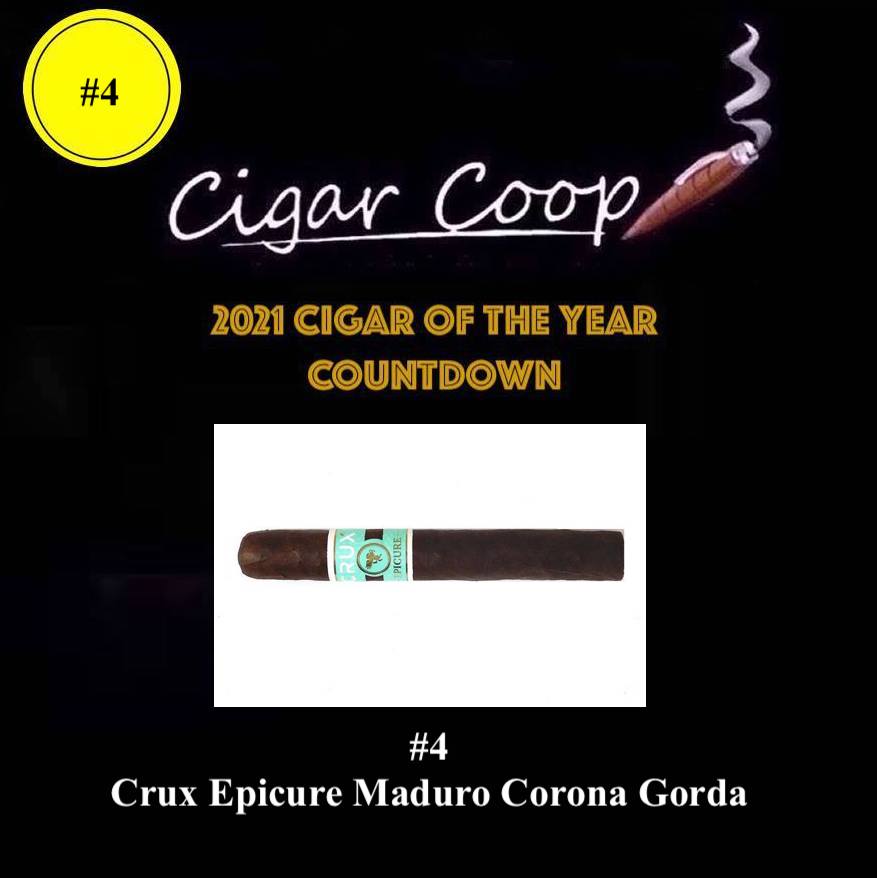 Coming in at #4 is the Crux Epicure Maduro Corona Gorda. Crux Cigars is a company that launched in 2014, and has caught the attention of many. It was in 2016 when the company captured our #1 Cigar of the Year with the Crux du Connoisseur No. 2. Ever since the company launched, many people wondered when it would produce its first maduro line. In 2019, fans would get their wish with the Crux Epicure Maduro line, and a year later a Corona Gorda size was added – and it’s one that secures a spot in this year’s Final Four of the Countdown.

In terms of production, while Crux produces almost its entire portfolio at the Plasencia factory; the Crux Epicure Maduro line comes from AJ Fernandez’s factory in Estelí, Nicaragua. The blend features a dark San Andres Maduro wrapper over all Nicaraguan tobaccos. The Corona Gorda comes in at a 5 3/8 x 46 size. 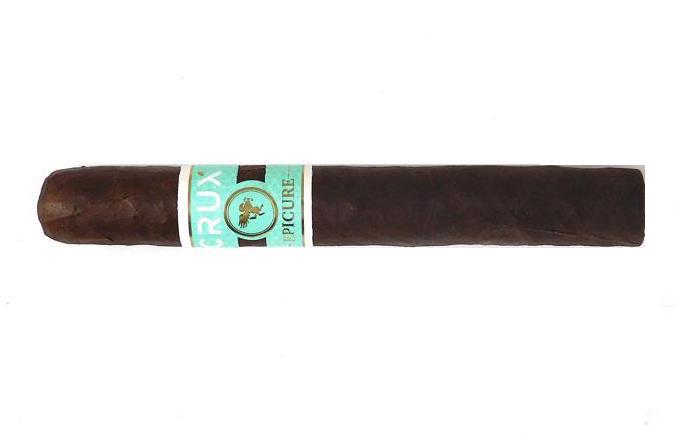 The Crux Epicure Maduro Corona Gorda delivers quite an interesting flavor profile. Along the way thee are notes of mocha (which is a combination of chocolate and coffee), bing cherry, chili pepper, and cedar. The flavors produced are medium bodied and countered by medium strength. This cigar also consistently performed well when it came to burn and draw.