Agile Cigar Reviews are cigar assessments where we use a lightweight, shorter format. These will never take the place of our comprehensive reviews. They are only used on blends we have previously assessed. This might be a blend we are re-scoring or giving a score for the first time. It might be a blend we are looking at in a different size. Today we look at the Oliva Serie V Melanio JR 50th. This is a cigar previously assessed multiple times most recently in the Petit Corona size back in September 2012. 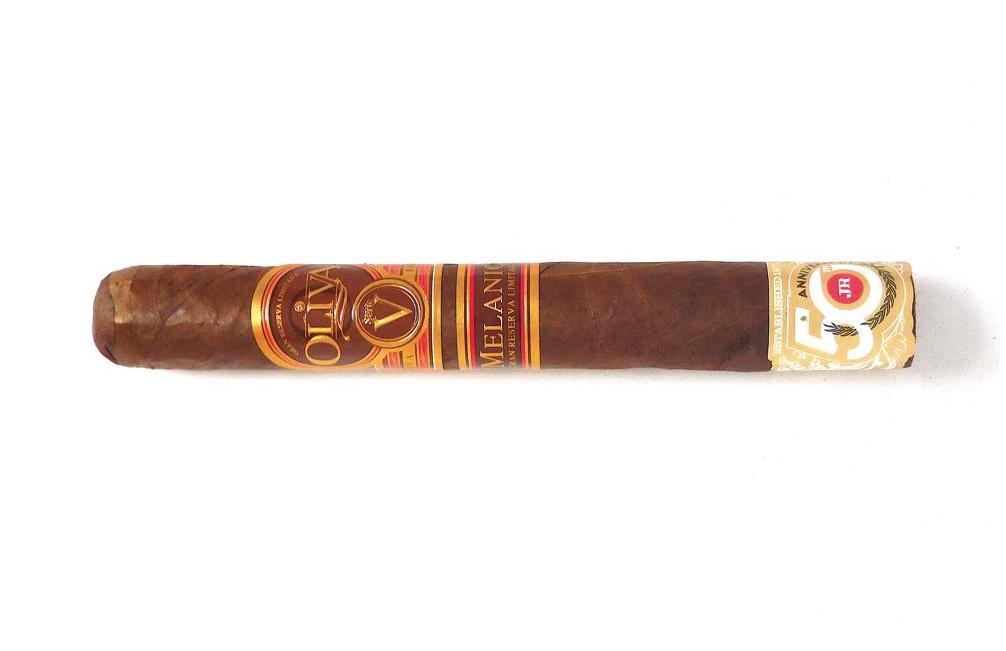 In 2021, JR Cigar celebrated 50 years in business. To commemorate the milestone, JR Cigar teamed with several leading manufacturers and brands to create a collection of cigars. These cigars were released throughout the 2021 calendar year. In September, the ninth installment of this series was announced and it came from Oliva Cigar Company. Normally this is a box-pressed line, but the Oliva Serie V Melanio JR 50th would bring a rounded version of the Melanio blend to the U.S. market for the first time. 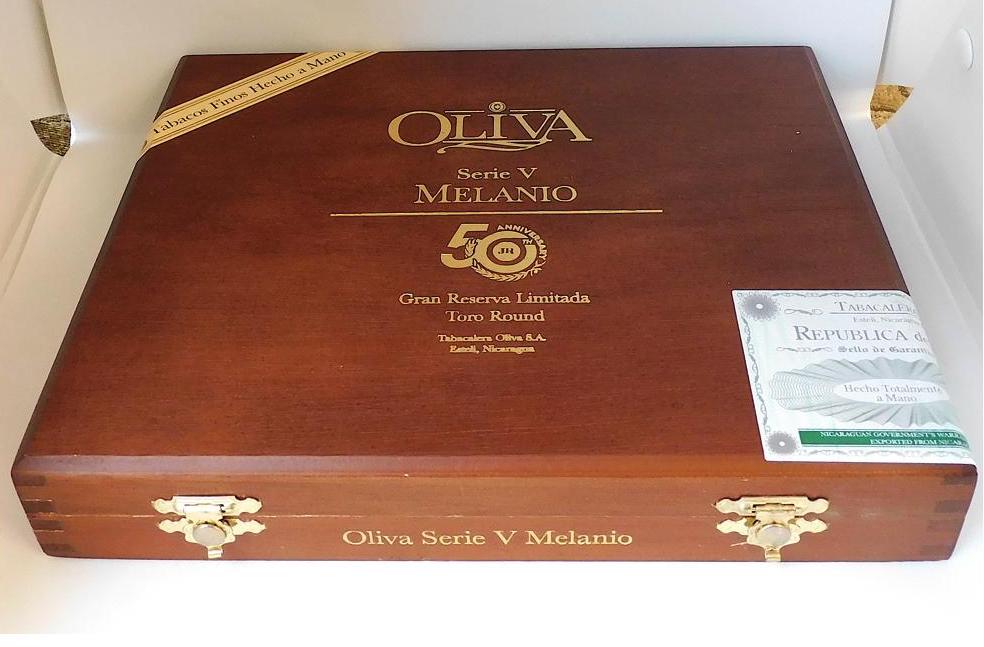 As for the 50th-anniversary series, there are four installments that come from the Tabacalera USA family (Romeo y Julieta, Montecristo, Aging Room, and the self-branded JR Ultimate line). For completeness, we list all the cigars here:

The blend for the Oliva Serie V Melanio JR 50th is similar to what is found on the core line. It features an Ecuadorian Sumatra wrapper over Nicaraguan binder and fillers. The rounded version of the JR 50th is a classic 6 x 50 Toro. The cigars are presented in ten-count boxes with limited production. Production was handled out of Oliva’s TABOLISA factory in Estelí, Nicaragua. 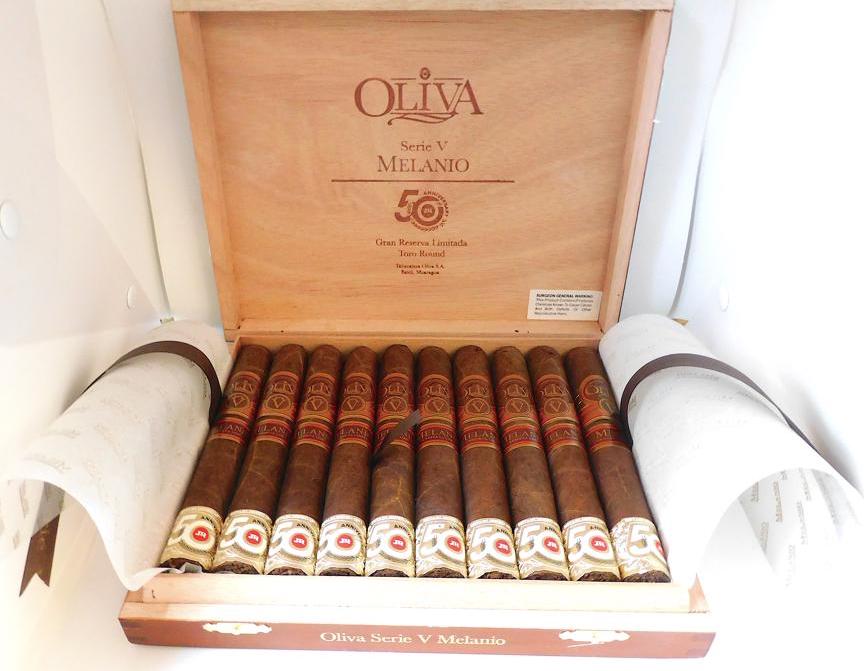 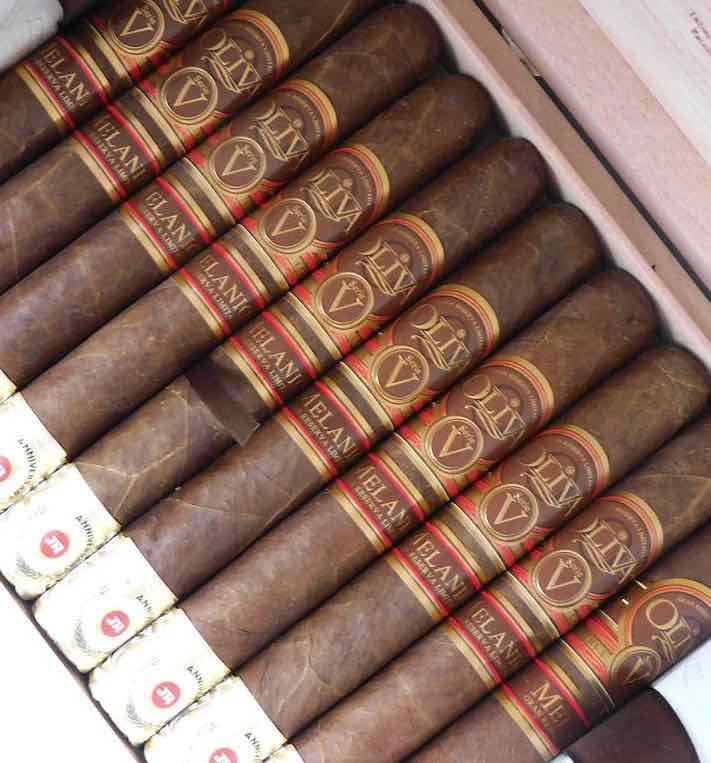 The cigar delivered a smoking experience just bold enough to be considered medium to full in strength and body. The draw had a touch of resistance – making it ideal. As for the burn, it needed some touch-ups to maintain a straight burn path and straight burn line.

For the most part, the JR 50th Series was impressive. A lot of times when a box-pressed blend is made round or a round is made box-press, I find the results aren’t quite as good as I hoped. In this case, it’s the box-pressed Oliva line being made round. The good news is Oliva seems to have found a way to make it work. The flavors complemented each other very nicely. This is a cigar I would recommend to an experienced cigar enthusiast, but if a novice wants something medium plus/medium to full, I would not hesitate to recommend this to them. As for myself, this is a cigar I would smoke again – and keep multiples in the humidor. At 90 points, this reaches the threshold for the Cigar Coop Standard of Excellence.