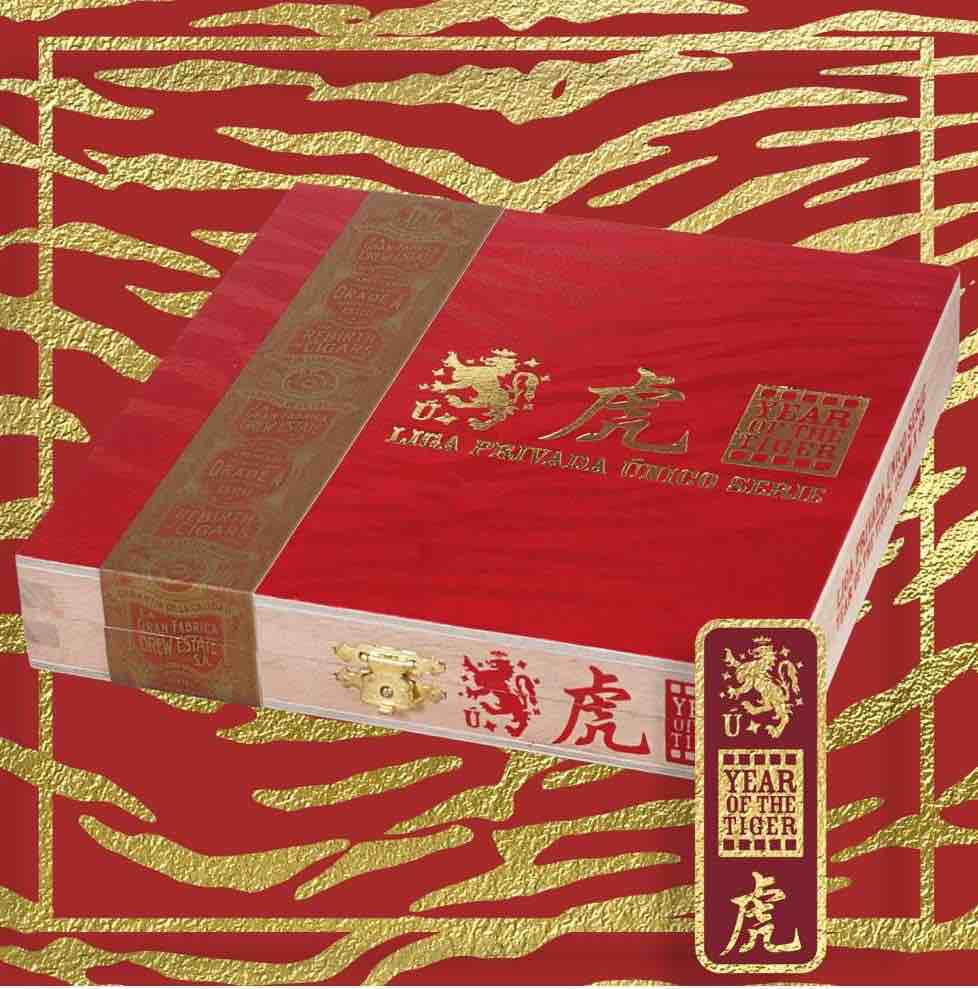 “Tigers are brave and forceful … the very symbol of power and command and they are usually associated in Chinese culture with emperors or kings,” says Jonathan Drew, Founder and President of Drew Estate, in a press release. “To honor the Year of the Tiger, we created a cigar that is adventurous and ambitious, powerful and commanding. The taste both grabs your attention and demands your respect. All you Tiger Kings and Tiger Queens lurking in the concrete jungle, please take note … you’re going to want to hunt down this special smoke!” 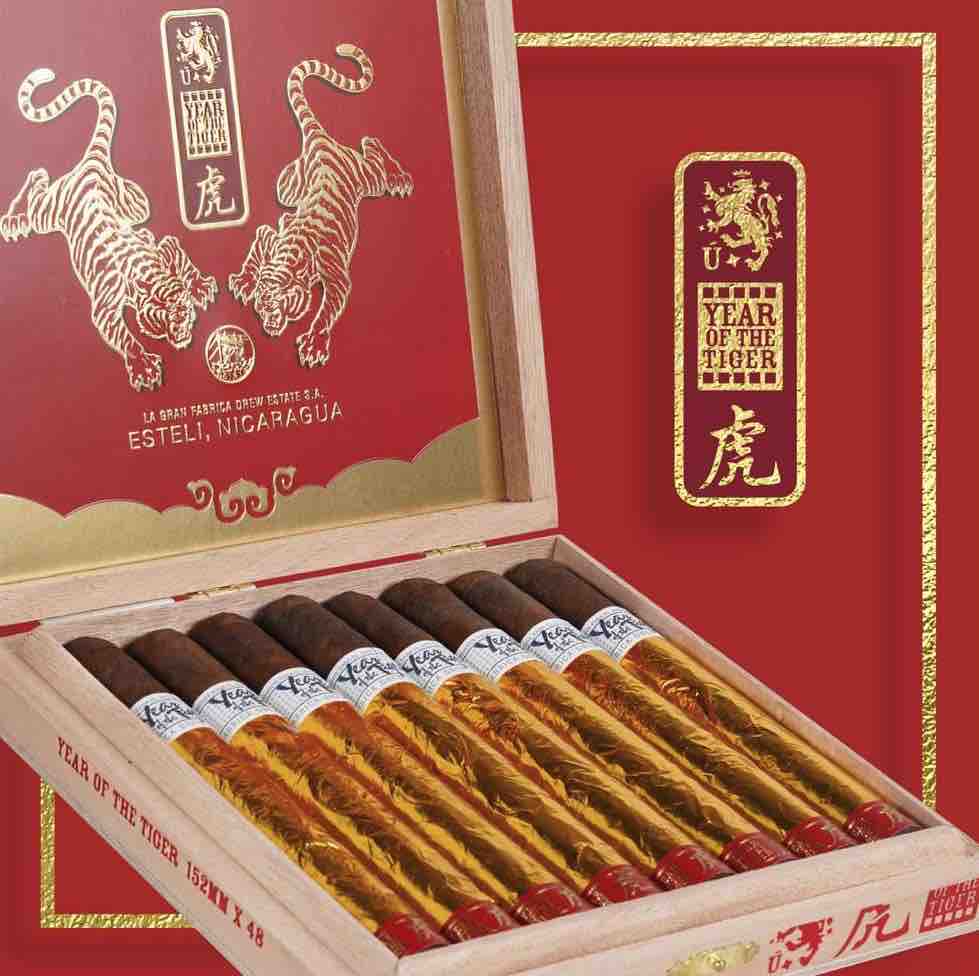 The Liga Privada Unico Serie is a series of cigars that features unique blends in different sizes. All of the cigars in the series are limited and small batch in production. Some of the releases are more limited than others. The cigars are not only limited in terms of production, but in some cases have been regional, shop-exclusive, or event-only cigars. Many of the Unico Serie cigars have some ties to the Liga Privada No. 9 or Liga Privada T52 in terms of the tobaccos used.

The blend for the Year of the Tiger consists of a Connecticut Broadleaf wrapper, a Brazilian Mata Fina binder, and all-Nicaraguan tobaccos. The cigar comes in one size – 6 x 48. It is presented in eight-count boxes. Pricing is set at $195.00 per box. Production of the Year of the Tiger comes from Drew Estate’s La Gran Fabrica in Estelí, Nicaragua. It is expected to on sale in early February. 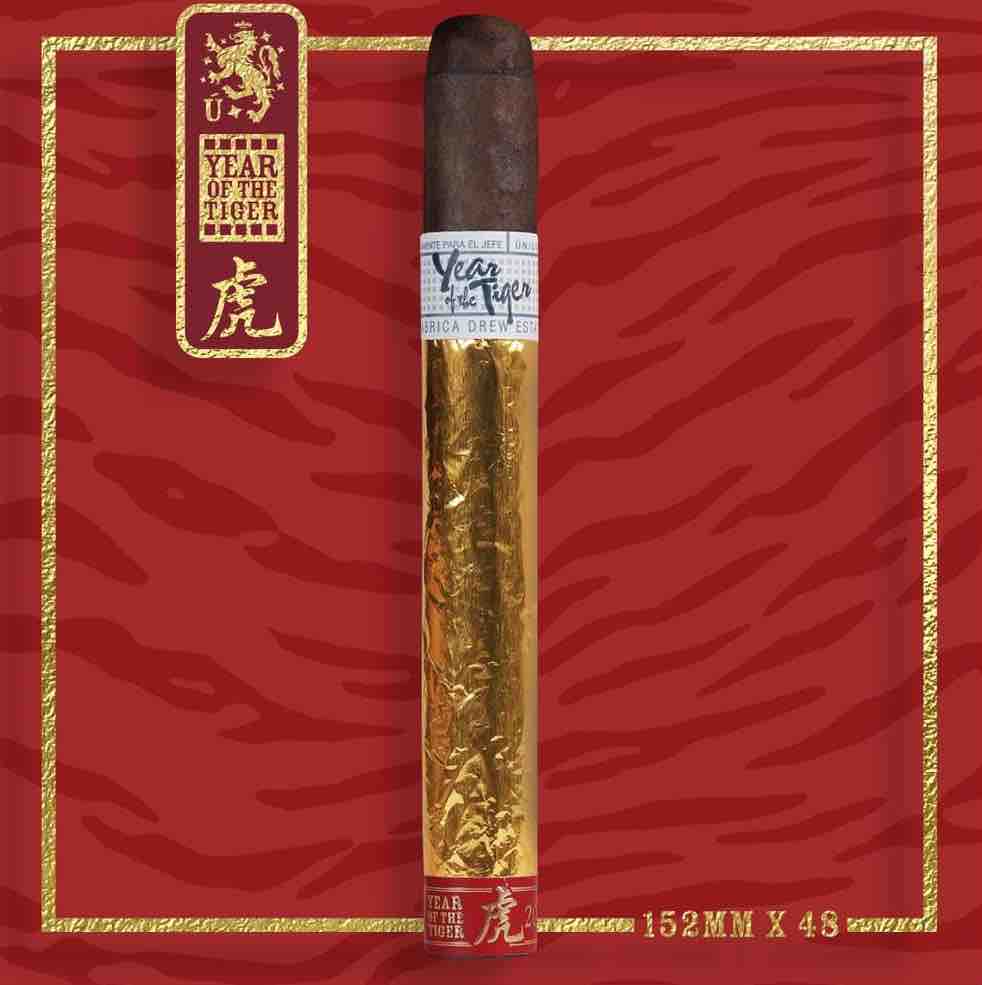 At a glance, here is a look at the Liga Privada Unico Series Year of the Tiger