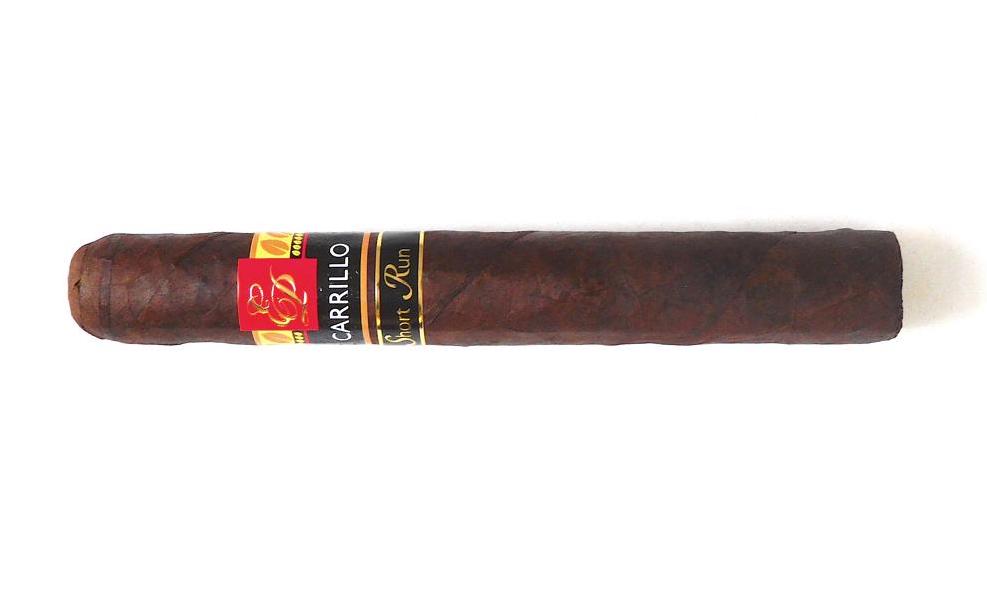 The Short Run Series has featured different wrappers each year:

The “retro” theme is inspired by the fact that the company will be adorning the cigars and packaging with the original E.P. Carrillo logo for the boxes and bands. It is also a throwback to company founder Ernesto Perez-Carrillo’s days as a drummer as each of the names is inspired by musical records (Short Play, Extended Play, and Long Play).

Without further ado, let’s break down the E.P. Carrillo Short Run 2021 Extended Play and see what this cigar brings to the table.

As mentioned above, the E.P. Carrillo Short Run Retro 2021 is available in three sizes. Each is presented in 24-count boxes.

There are two bands to the E.P. Carrillo Short Run Retro 2021. The first band is the original one that was found on the earliest releases from E.P. Carrillo. Its red, yellow, black, white, and gold color scheme band bears the E.P. Carrillo name and logo. More specifically this band has two major stripes -a yellow one across the top half and a black one across the bottom half. On the yellow stripe is a red square with the letters “E.P” in a classic scripted gold font. There are also beige leaves going across the yellow stripe. The black stripe has two sections. The lower section is the larger one which features the text “CARRILLO” in white font. The upper portion has a pattern of small gold leaves. The two sections are separated by a red stripe. In addition, there are tan pinstripes across the bottom and top.

There is a secondary band below the main band. It is a black band with gold trim. On the black background, it says “Short Run” in gold letters.

A straight cut was used to commence the cigar experience of the E.P. Carrillo Short Run Retro 2021 Extended Play. Once the cap was removed, it was on to the pre-light draw phase. The cold draw delivered a mix of earth, leather, and a slight amount of cedar. This wasn’t the most exciting pre-light draw, but since the pre-light draw is not included in the final score or value rating, there was no loss of points here. At this point, it was time to toast up the E.P. Carrillo Short Run Retro 2021 Extended Play and see what the smoking experience would have in store.

The E.P. Carillo Short Run Retro 2021 Extended Play kicked off with notes of chocolate, almond, cedar, earth, dried fruit, and mixed pepper. The chocolate and almond notes moved into the forefront with the cedar, earth, dried fruit, and mixed pepper settling in the background. Later in the first third, the almond diminished and started floating between the forefront and background. Meanwhile, fruit and cedar increased and there was a layer of mixed pepper on the retro-hale.

During the second third of the E.P. Carillo Short Run Retro 2021 Extended Play, the earth notes moved into the forefront. The chocolate notes started to float back and forth between the forefront and background. The almond notes settled in the background with the cedar, pepper, and dried fruit. There was another slight increase of the pepper and cedar.

The final third saw the earth notes remain grounded in the forefront. The pepper and cedar increased again, but still didn’t make it into the forefront. There were still notes of almond, chocolate and dried fruit rounding out the flavor profile. This is the way the cigar experience came to a close. The resulting nub was soft to the touch and cool in temperature.

The burn of the E.P. Carillo Short Run Retro 2021 Extended Play was one that meandered from time to time. It required several touch-ups in order to keep a straight burn path and straight burn line. The resulting ash had several mixed shades of gray. This was an ash that wasn’t overly loose, but was not loose or flaky. The burn rate and burn temperature were ideal. 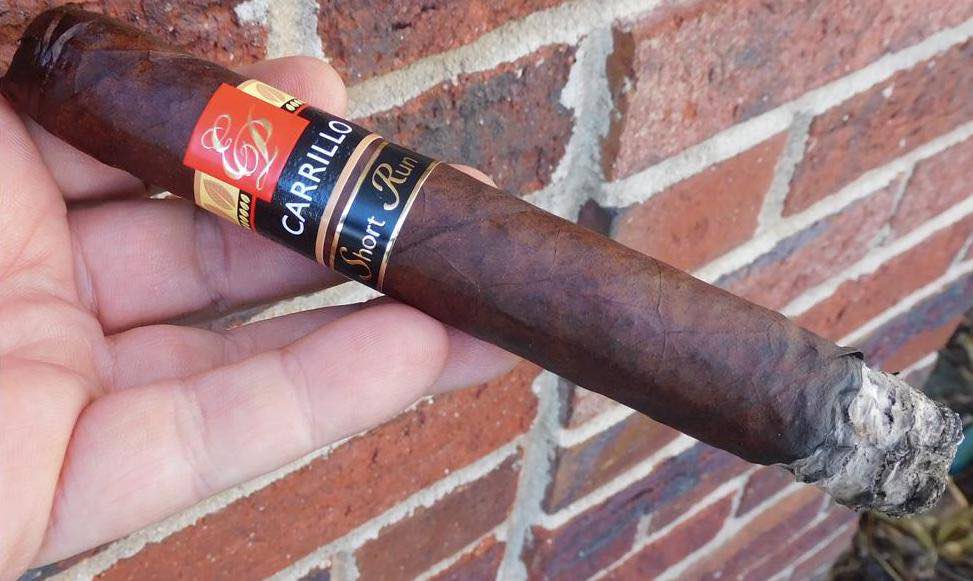 The draw to the E.P. Carrillo Short Run Retro 2021 Extended Play was on the open side. Normally I prefer a touch of resistance on my draw. This didn’t result in any adverse effects from a combustion standpoint. At the same time, this cigar produced abundant layers of smoke.

In terms of strength and body, both attributes balanced each other nicely – with neither attribute overshadowing the other.

In the past 4 years, E.P. Carrillo has been on a roll with some highly acclaimed cigars, but when I think back to E.P. Carrillo, one of the lines that drew me to the company was the Short Run line. It was great to see the Short Run return – retro packaging and all. Flavor-wise, the E.P. Carrillo Short Run Retro 2021 Extended Play fired on all cylinders. The wonkiness of the burn is what kept this cigar from reaching the 90 point plateau and Cigar Coop Standard of Excellence. Still, it was great to see this line return, and I hope there are more Short Run releases. This is a cigar I would recommend to a more seasoned cigar enthusiast and one I wouldn’t discourage a novice from trying. As for myself, this is a cigar I would buy and smoke again.