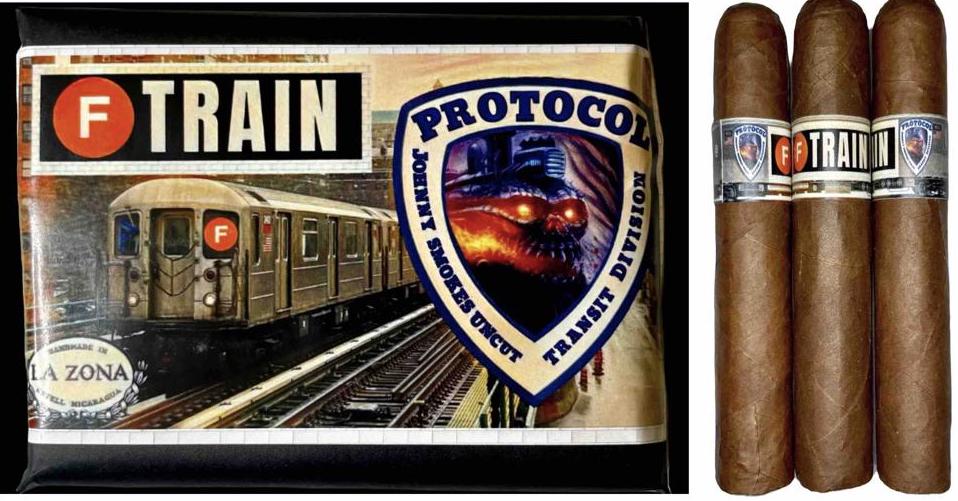 “John has created something extraordinary. The group continues to grow. We couldn’t be happier releasing another cigar for Johnny Smokes Uncut!” said Kevin Keithan, co-owner of Protocol Cigars, in a press release. John Remer added “I’m extremely happy and excited about the F-Train. This was the perfect follow-up to the highly successful J-Train. I hope everyone enjoys them as much as I do!!!”

The Protocol F Train is made at The La Zona Cigar Factory in Estelí, Nicaragua. It is a 5 x 52 Robusto featuring a Nicaraguan Habano Rosado wrapper, a Nicaraguan binder, and Nicaraguan fillers with the ligeros and viso from Estelí and Jalapa.  The cigars come in ten-count paper bundles with an MSRP of $95.00 per bundle. The F Train’s initial release will be limited to 200 bundles with the possibility of more in the future. After the release, the F Train will be available to a few Johnny Smokes Uncut retail partners.

The cigar will be launched on Friday, June 10th online at 12 noon and in-store at New Tobacco Village starting at 5pm.

“The cigar is delicious. It’s another great cigar blended by Hector Alfonso Sr. and made by our great partner Erik Espinosa. If you liked the sold out J Train then you are going to love the F Train!” closed Juan Cancel, founder and co-owner of Protocol Cigars.

At a glance, here is a look a the Protocol F Train.