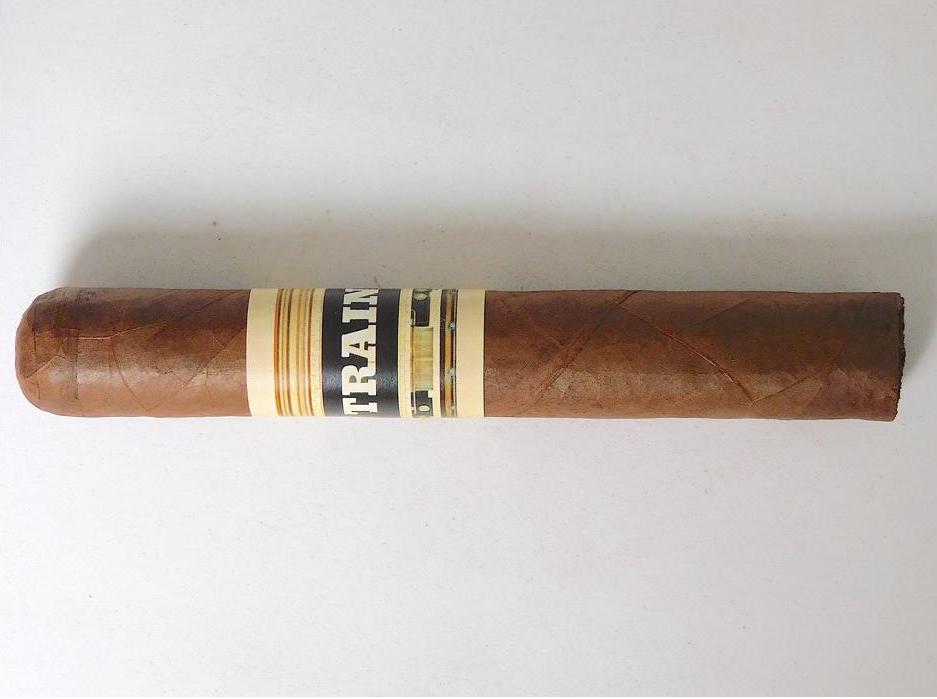 I’m very impressed with what Protocol Cigar has accomplished in the past six and a half years. The company has put together a portfolio of eleven regular production blends and has released over twenty limited edition cigars. One thing that Protocol has incorporated into its business model is producing cigars for online communities.  In the past Protocol has released three cigars for the Fat Ash Cigar Group, two cigars for the Cigar Dojo community, and the Protocol 5 Families which was a collaboration with Distinguished Ruffians, Fat Ash, Smokehouse Gorillas, Sheep Dog, and BOTL PA Chapter. 2021 saw Protocol provide a cigar for another community done for Johnny Smokes Uncut, a Facebook group. The cigar is called Protocol J Train, and the “J” pays homage to the group name, and the “Train” pays homage to co-owner Juan Cancel’s tenure as a Port Authority law enforcement officer in New York. The cigar was originally sold exclusively at Caravan Cigar Company, but had been offered to other retailers since its release. Today we take a closer look at the Protocol J Train cigar.

Below is a list of the Protocol limited releases

The Johnny Smokes Uncut community has grown quickly in a short amount of time. The group was started during the COVID-19 pandemic in 2020 by John Remer, an avid cigar smoker for over 20 years.  According to Protocol Cigars, the group has grown to 3,600 members, spanning over 78 countries.

Without further ado, let’s take a look at the Protocol J Train and see what this cigar brings to the table.

The Protocol J Train is a Nicaraguan-forward blend. The cigar is highlighted by a Nicaraguan Corojo wrapper. There is also some Honduran tobacco in the filler. Production for the J Train comes out of Erik Espinosa’s La Zona factory in Nicaragua.

The Protocol J Train is offered in one size – a 5 x 50 Robusto. A total of 200 ten-count bundles were originally released with opportunities for further limited production in the future. 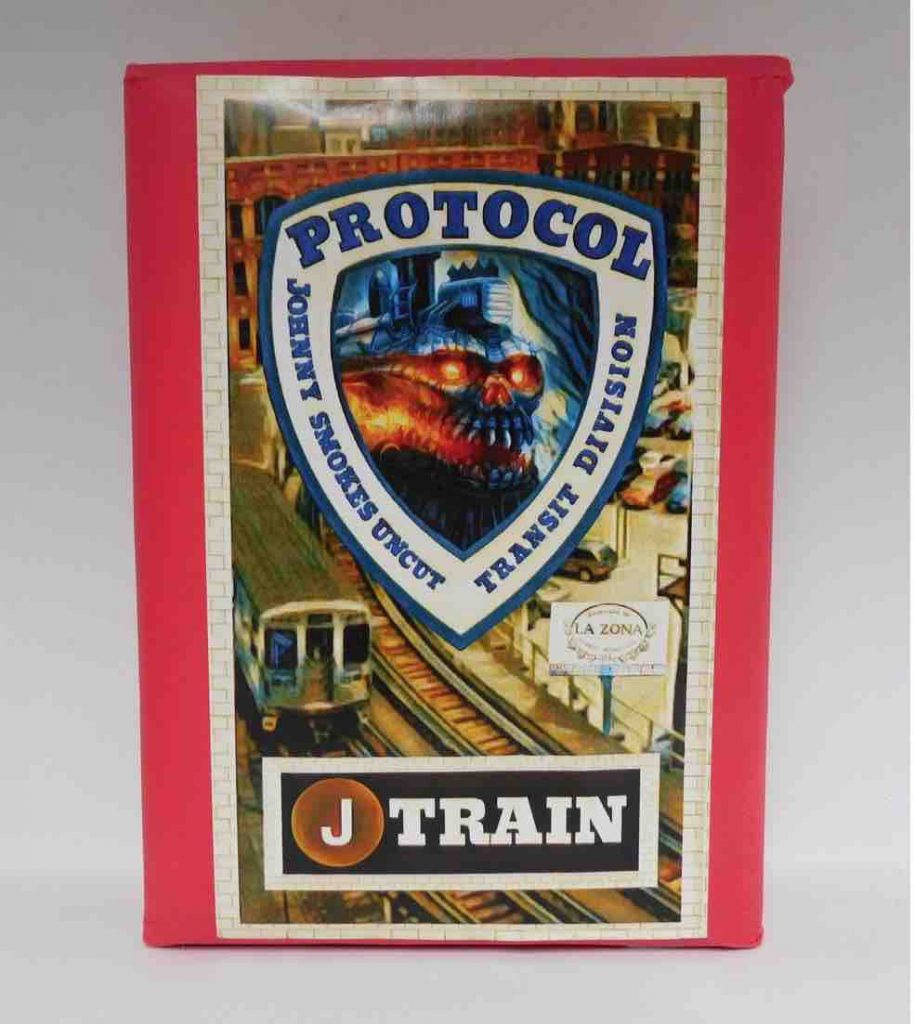 Packaging of the Protocol J Train

The band of the Protocol J Train had an antique white background. On the center of the band is a train car. There is a Protocol police badge logo on each side of the train car. On the train car is the text “J TRAIN” on a dark background with the J in a brown circle representing a New York City Subway logo.

The Protocol J Train opened up with notes of sweet natural tobacco, cedar, floral, black pepper, and earth notes. During the early stages of the first third, the natural tobacco and earth notes moved into the forefront. The cedar and pepper notes were secondary. The floral notes were also secondary, but they were further in the background. Meanwhile there retro-hale delivered an additional layer of black pepper.

During the second third of the Protocol J Train, the natural tobacco notes diminished giving the cigar less sweetness. By the midway point, the natural tobacco moved into the background with the cedar, pepper, and floral notes. Concurrently, the earth notes became the primary note.

By the final third, the earth notes remained primary. The pepper notes increased and were the most prominent of the secondary notes. The cedar, natural tobacco, and subtle floral notes rounded out the flavor profile. This is the way the Protocol J Train came to a close. The resulting nub was slightly soft to the touch and cool in temperature.

Overall the Protocol J Train maintained a straight burn path and straight burn line, however as the cigar experience progressed, this cigar needed more in the way of touch-ups. The touch-ups did the trick in terms of keeping things straight, but there were more touch-ups in the second half than I prefer. The resulting ash was silvery-gray with some dark spots. This was an ash that was on the firm side. Meanwhile, the burn rate and burn temperature were both ideal. 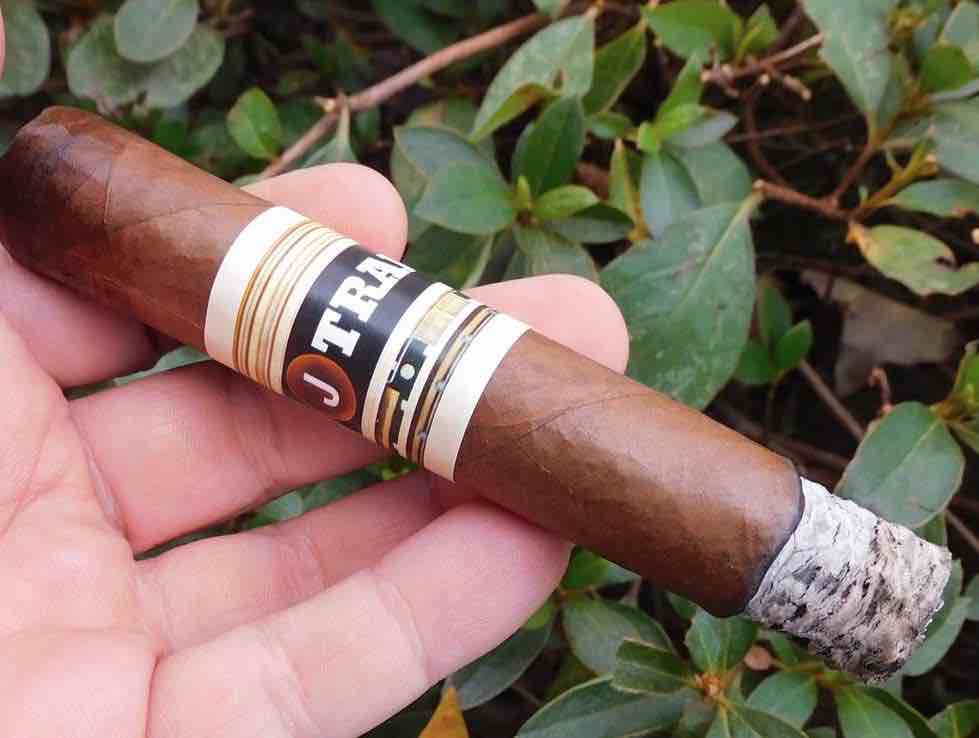 Burn of the Protocol J Train

The draw to the Protocol J Train had a touch of resistance to it, which is something that I like. At the same time, this was a low-maintenance cigar to derive flavor from.

In terms of strength versus body, both attributes maintained a good equilibrium with neither attribute overshadowing the other.

Overall, the Protocol J Train delivered a satisfying smoking experience, but as with most of the Protocol limited releases, I still felt a bit underwhelmed. For me, I’m still waiting for a Protocol limited release to be on the levels of the company’s regular production core lines – which are as solid as they come. Still, this is not a bad cigar, and if you are looking for a Nicaraguan-forward blend delivering spice and sweetness, this might be the cigar for you. In the end, I’d recommend this cigar to a more seasoned cigar enthusiast, but wouldn’t discourage the novice either. As for myself, there was enough going here for me to smoke and buy this cigar again.