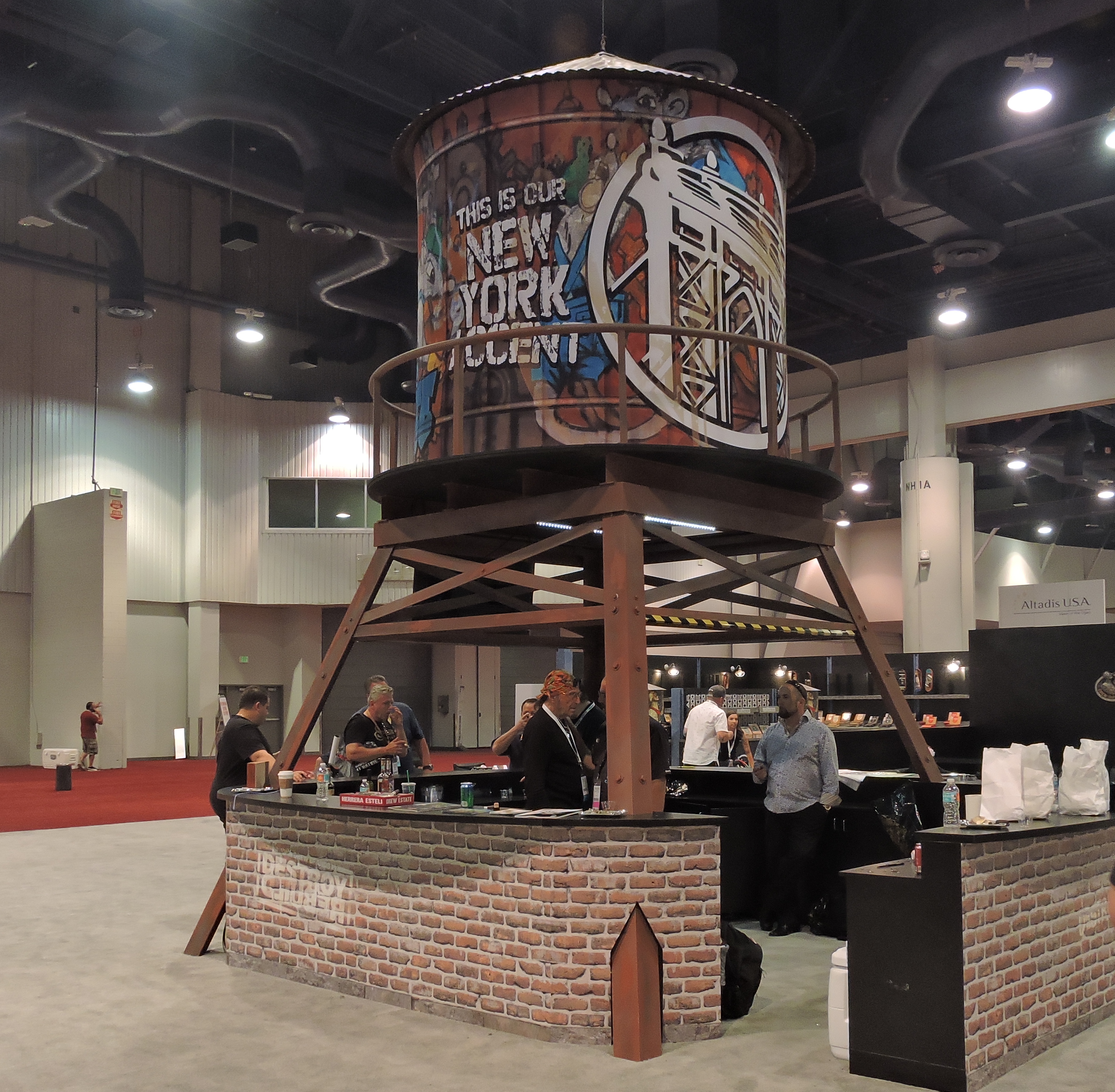 Since Swisher International acquired Drew Estate in 2014, this has been a fascinating company to cover from a media standpoint. I expected 2015 would be business as usual and that we would see bigger changes in terms of the structure of Drew Estate. There have certainly been organizational changes, but Drew Estate has remained laser-focused on one thing – innovation. Innovation has been something I think was lacking from many companies at the 2017 IPCPR Trade Show, but not the case at Drew Estate. Drew Estate’s 2017 IPCPR showcased plenty of offerings that were exciting to both consumers and retailers.

Over the years, I have gotten to know Jeff Borysiewicz as both a retailer and a crusader for cigar rights. Many are familiar with his Florida Sun Grown tobacco project where he added the title of tobacco grower. Borysiewicz purchased a farm in Clermont, Florida and has reintroduced tobacco-growing to the State of Florida. His tobacco has been used on projects for Davidoff, a new project coming from J.C. Newman, and the Drew Estate FSG (Florida Sun Grown) line. The FSG made its debut last year as a shop exclusive to his Corona Cigar company retail stores. At this year’s IPCPR Trade Show, FSG went national. Borysiewicz was on-hand at the Drew Estate booth and now added the title of brand ambassador to his résumé.

If you have seen Borysiewicz in action at Corona Cigar or as a cigar crusader, there is no doubt of the passion he demonstrates. That passion has easily translated to tobacco grower and now brand ambassador. It was a thing of beauty to see and hear Borysiewicz talk about his Florida Sun Grown tobacco at the Drew Estate booth. Bringing some of the actual tobacco was a great touch. 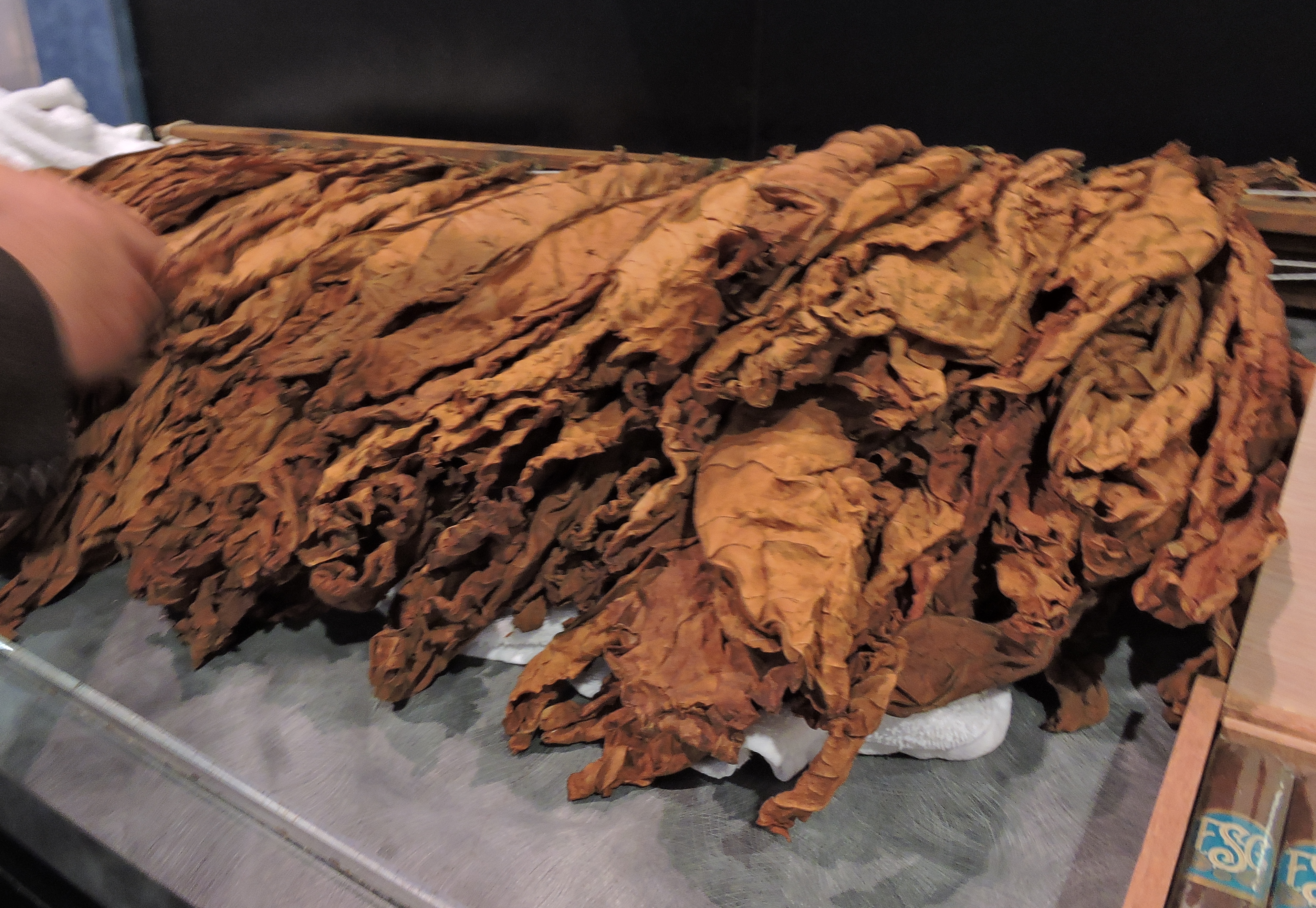 The FSG line was blended by Drew Estate Master Blender Willy Herrera. The core line uses Florida-grown Corojo in the filler with some Nicaraguan tobaccos. It also features a Honduran Habano-Seed wrapper and is finished with a Brazilian wrapper. It’s available in four sizes: Robusto (5 x 54), Toro (6 x 52), Belicoso (6 1/2 x 54), and Sixty (6 x 60).

There also is a limited edition FSG Trunk Press. This is highlighted by a Connecticut Broadleaf wrapper, Mexican binder with a filler consisting of Nicaraguan, Honduran, Florida-grown Corojo, and Florida-grown Criollo. The Trunk Press comes in one size – a 6 x 54 pressed Toro.

The FSG line is being offered up to Drew Estate preferred retailers. 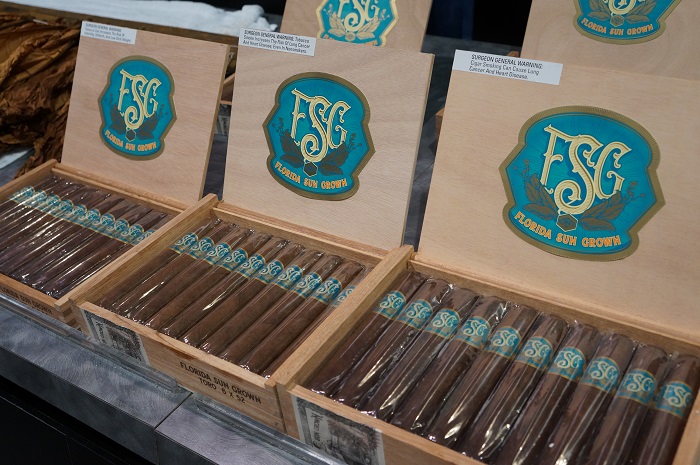 The blend also features a Connecticut River Valley Stalk Cut/Cured Sun Grown Habano binder and what is described as a “powerhouse” blend of Nicaraguan fillers. The company says that one leaf of extensively aged Ligero from the Nueva Segovia region along the border of Honduras was used to enhance the strength of the blend. The cigars will be available in seven sizes: Corona (5 5/8 x 46), Robusto (5 x 54), Gran Toro (6 x 52), Belicoso (6 x 52), Gordito (6 x 60), Corona Doble (7 x 54), and Drew Estate’s signature “Flying Pig” perfecto measuring 3 15/16 x 60. 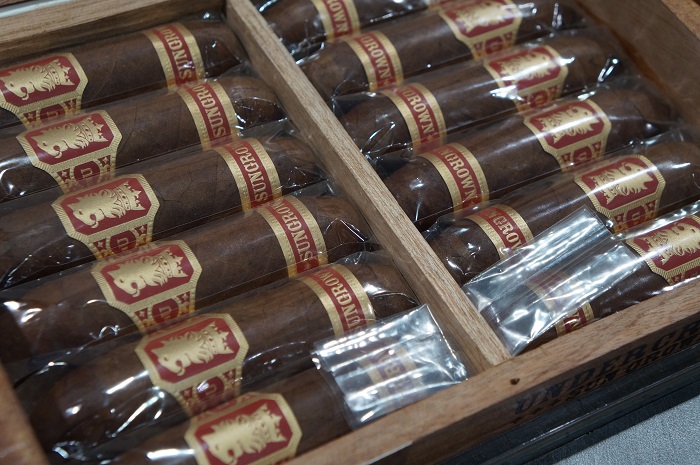 The new Pappy Van Winkle Tradition is a more conventional blend featuring an Ecuadorian Habano Oscuro wrapper, Indonesian binder, and a combination of aged fillers from Nicaragua and the Dominican Republic.

The Pappy Van Winkle Tradition has seven sizes. Four will be available to Drew Diplomat retailers in the following sizes: Coronita (4 x 46), Robusto Grande (5 1/2 x 54), Toro (6 x 50), and Belicoso Fino (5 x 50).  In addition, a Churchill (7 x 48) size will be made available to Drew Diplomat Spirits Retailers. There also be will be two “Not for Sale” sizes in the form of Lonsdale (6 1/2 x 44) and Corona (5 1/2 x 44). The Lonsdale will be an event-only cigar for Drew Diplomat Rewards Events in October, November and December 2017. The Corona will only be available personally from Jonathan Drew and Julian Van Winkle.

This is also the most-premium offering by Drew Estate to date. Pricing ranges from $14.60 to $24.60 for the five sizes being sold. 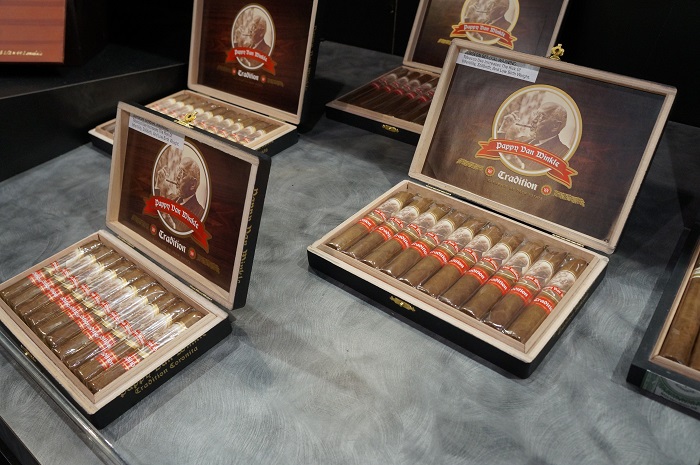 Drew Estate added 4 x 32 line extensions packaged in tins across its traditional and infused lines. These are packaged in ten-count tins. 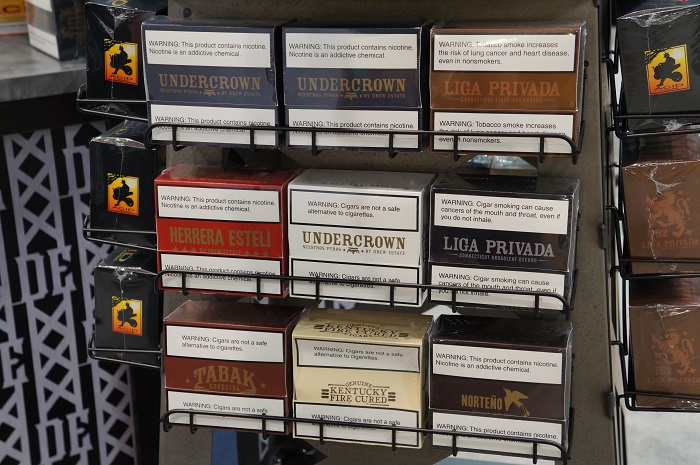 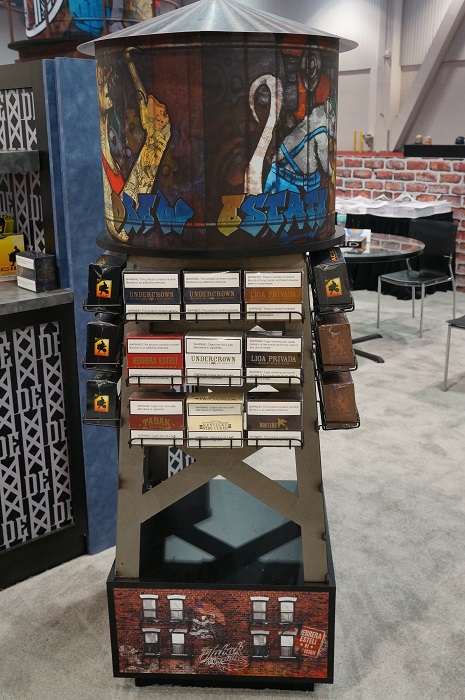 A big change was that the Drew Estate Natural line is being rebranded as Drew Estate Larutan in the U.S. market. This is an infused line by Drew Estate. This was a move described as “preemptive” by the company – namely because the name “Natural” is suspected of being in the U.S. Food and Drug Administration (FDA)’s crosshairs. While there was no mandate that Drew Estate change the name of the cigar, there was a feeling that names like “natural” might be targeted by the FDA in the future.

The name Larutan is simply the word Natural spelled backwards. While this is a new name for the U.S. market, the Larutan name is already being used in Europe. In addition, each vitola will now have a footer band featuring the vitola name.

A pair of candela wrapped offerings were introduced to ACID with the ACID Kuba Candela and ACID Blondie Candela. As the name indicates, this will introduce candela wrapper options to the Kuba Kuba and Blondie lines. 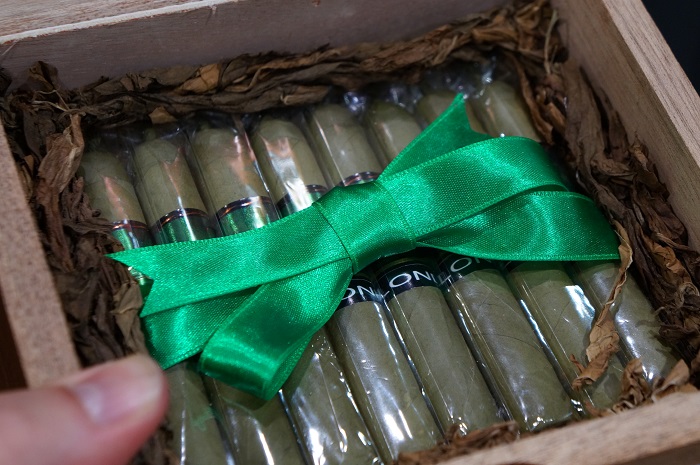 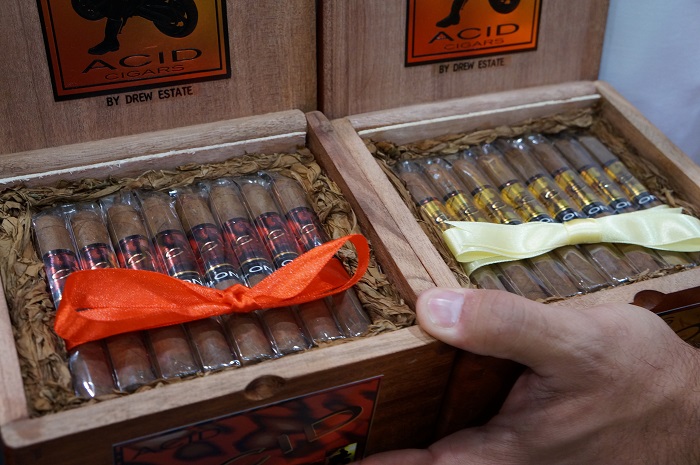