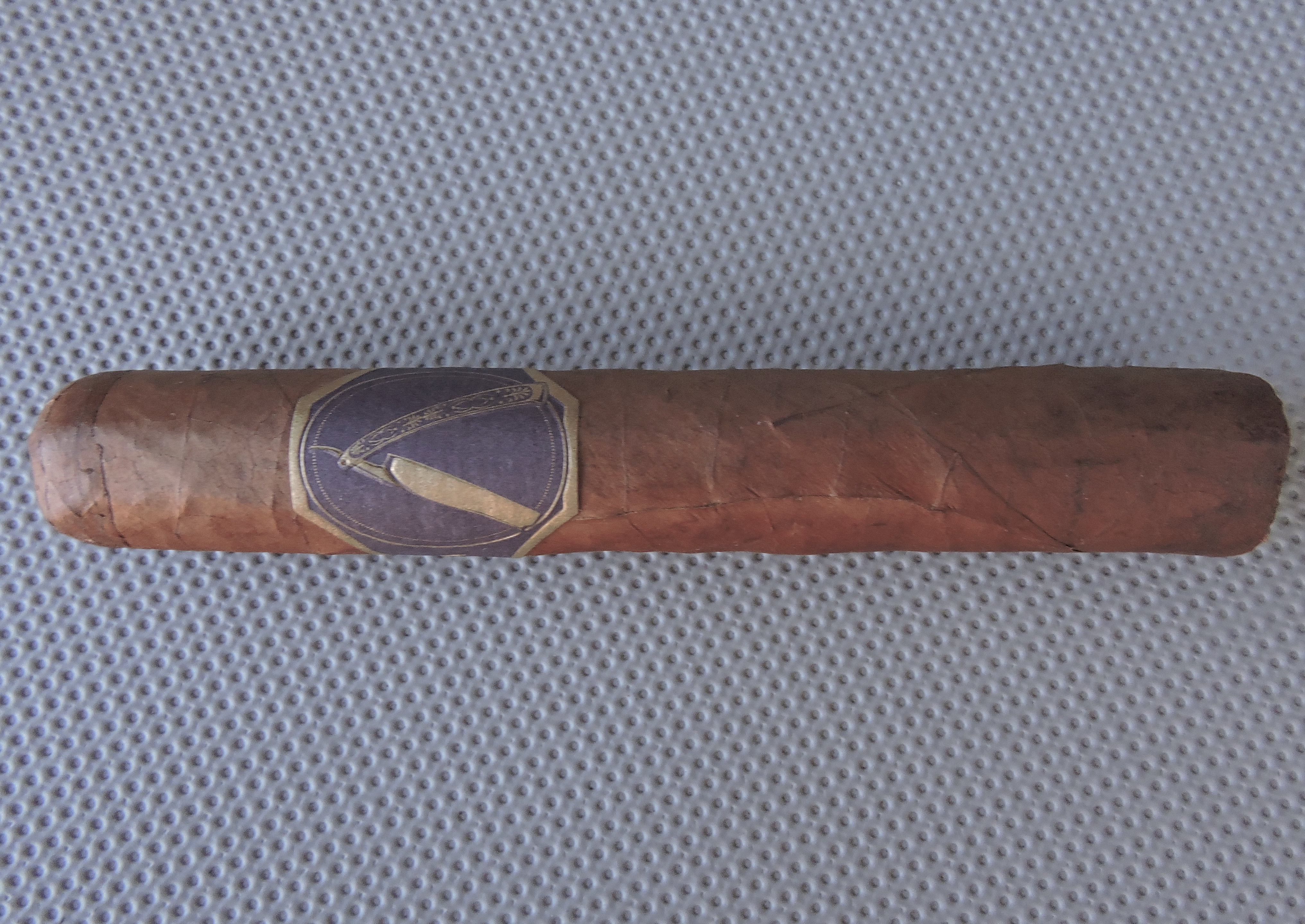 Without further ado, let’s take a closer look at the La Barba One and Only.

While the cigar is highlighted by the use of the HVA wrapper, the blend also contains a varietal less commonly found in blends known as Carbonell.  This is a tobacco that has been worked with by Tabacalera William Ventura in the past – most notably in Caldwell Cigar Company’s The Last Tsar.

The La Barba Purple is available in five sizes. Each is packaged in 12-count boxes.

The HVA wrapper of the La Barba Purple Robusto had a medium brown color with a cinnamon colored tint to it. Upon closer examination there was some mottling on the surface of the wrapper. This was a wrapper with a light coating of oil on it. There were also some visible veins and some thin wrapper seams.

As one would expect the La Barba Purple band has a purple background. On the band is a gold powder barber-shop straight razor. To the left of the razor is the text “LA” and to the right is the text “BARBA” – both in gold powder font. Finally, the band is finished with gold trim. 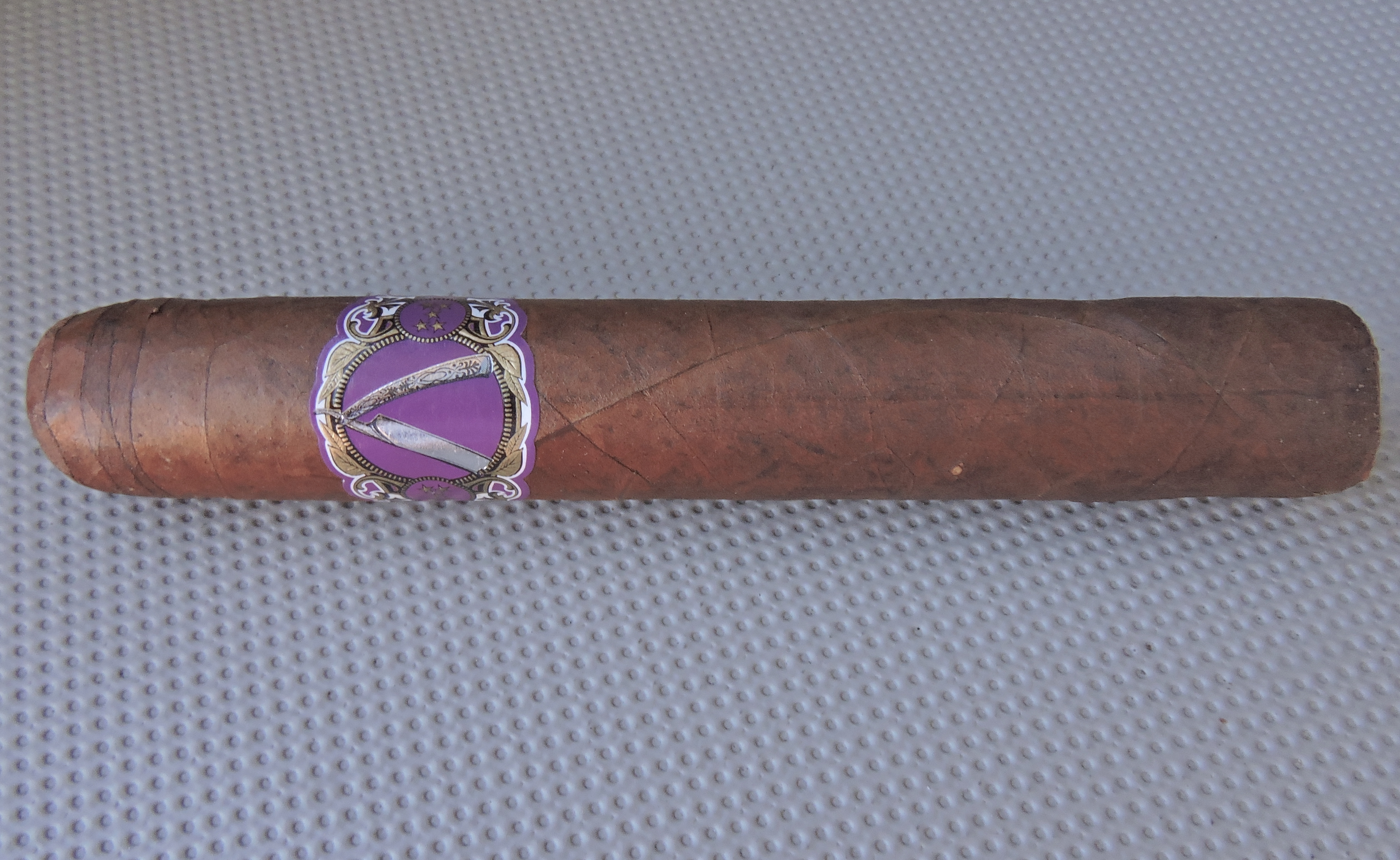 Later in the second third of the La Barba Purple Robusto, the pepper notes increased. The earth notes remained primary. During the final third, the pepper was a close secondary note. Meanwhile, the notes of cedar and classic wood still contributed to the flavor profile in the background. This is the way the flavor profile of the La Barba Purple Robusto came to a close. The resulting nub was slightly soft to the touch, but cool in temperature.

The burn of the La Barba Purple Robusto took a relatively straight path from start to finish. There was some jaggedness on the burn line, but this was easily remedied with some touch-ups. The resulting ash had a classic salt and pepper complexion. I found this ash to be on the firmer side. The burn rate and burn temperature were both ideal. 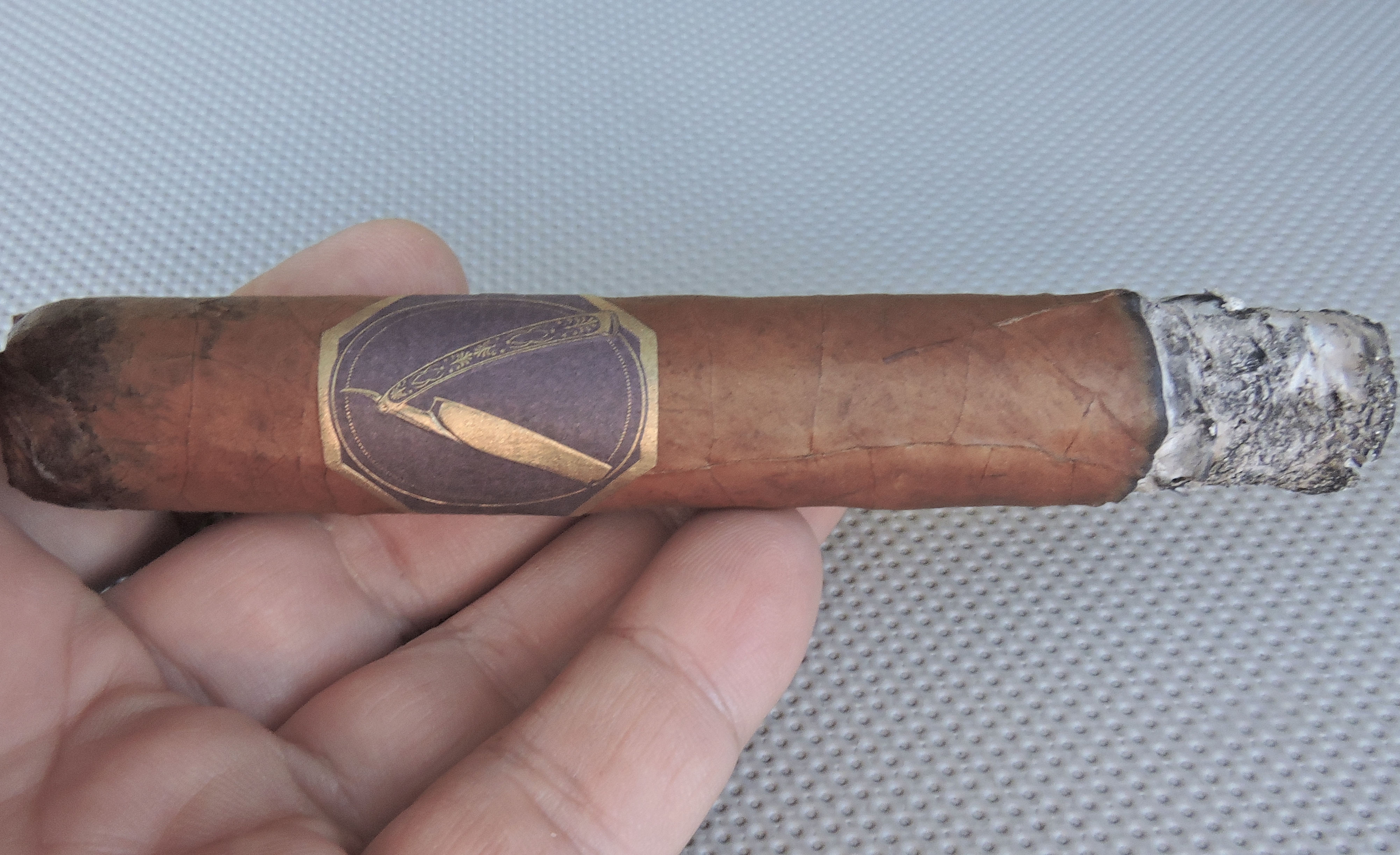 As for the draw, it had the right amount of resistance versus openness. The end result is that this was a low maintenance cigar to derive flavor from.

When I came to strength versus body, I found both attributes to balance each other nicely with neither attribute overshadowing the other

It’s hard to believe that La Barba Purple has been on the market for almost three years, but it’s one that has remained quite consistent. In my opinion, the La Barba Purple Robusto is one of those cigars that is best enjoyed undistracted as there were a lot of subtle flavor nuances that could be picked up with this cigar. I found the medium strength and body of this cigar meshed quite with the flavors that were produced.

The La Barba Purple cigar is one that I could recommend to either a novice or experienced cigar enthusiast. As for myself, it’s certainly a cigar I’d smoke again. It’s a cigar worthy of purchasing multiples of – and it’s one worthy of a box split.