2018 Year in Review: Repeating with the Robustos 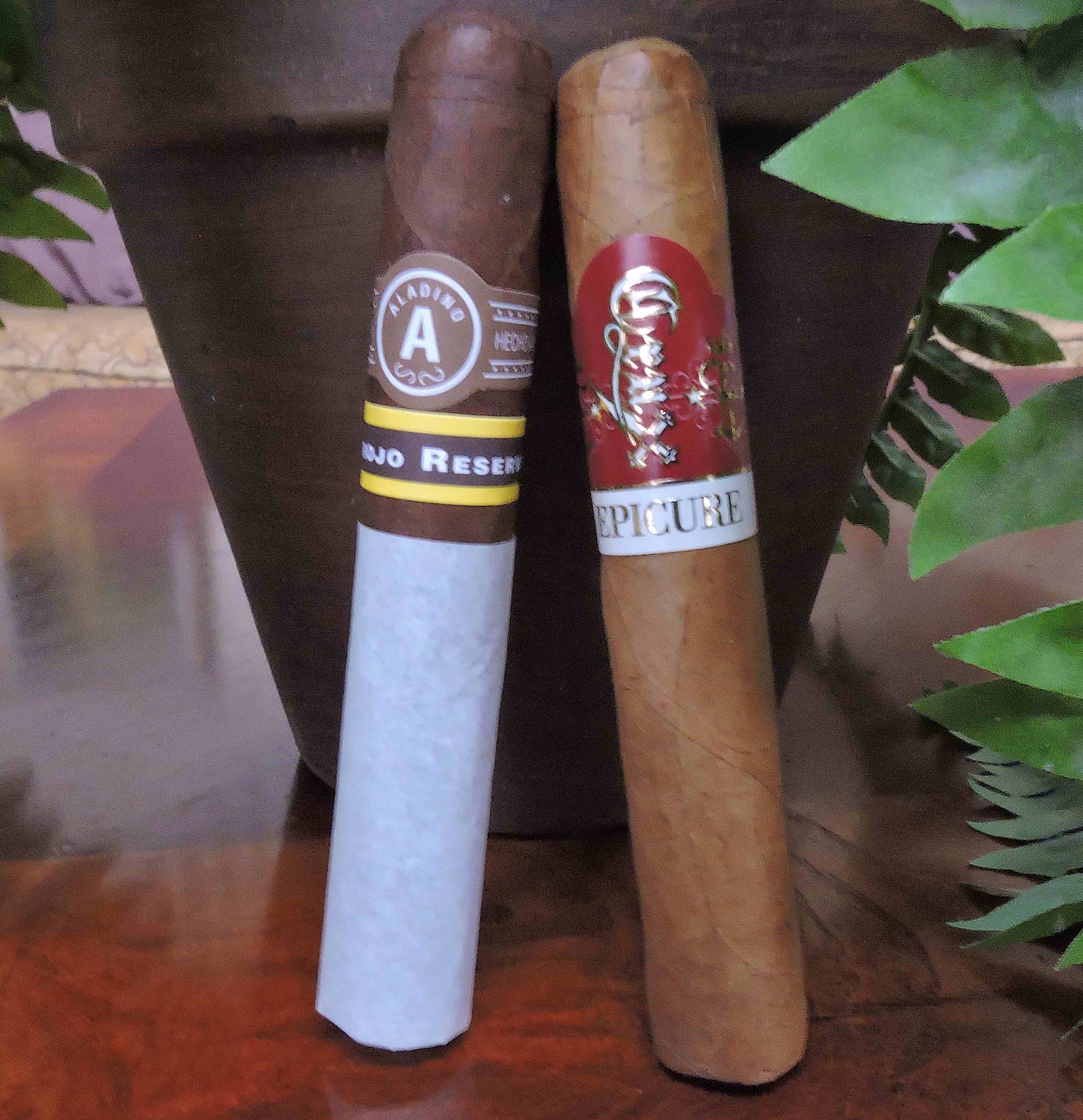 The 2018 Cigar of the Year Countdown is now in the annals of history. The #1 Cigar of the Year was awarded to the Aladino Corojo Reserva by JRE Tobacco Company while the #2 Cigar of the Year was awarded to the Crux Epicure Robusto. There are a couple of things that these cigars had in common. First both of these cigars were 5 x 50 Robustos, however if you have been following our Countdown over the years, these companies share a common bond – namely, both companies also occupied the #1 and #2 spots in 2016 with the Crux du Connoisseur No. 2 and the Aladino Elegante respectively. Ironically both of those 2016 cigars were lanceros. The difference was while Crux occupied the #1 spot in 2016, the roles were reversed in 2018 with JRE Tobacco taking #1 this time. That even surprised this author and curator of the list.

Both companies are relatively new as both did not exist when the Cigar Coop Countdown started in 2010. Seeing Crux and JRE Tobacco at the top of the Countdown in 2016 was an unlikely #1 and #2 punch. It was even more unlikely that it would happen again two years later, but that’s the way it turned out. However, the companies took very different roads to get to this point. 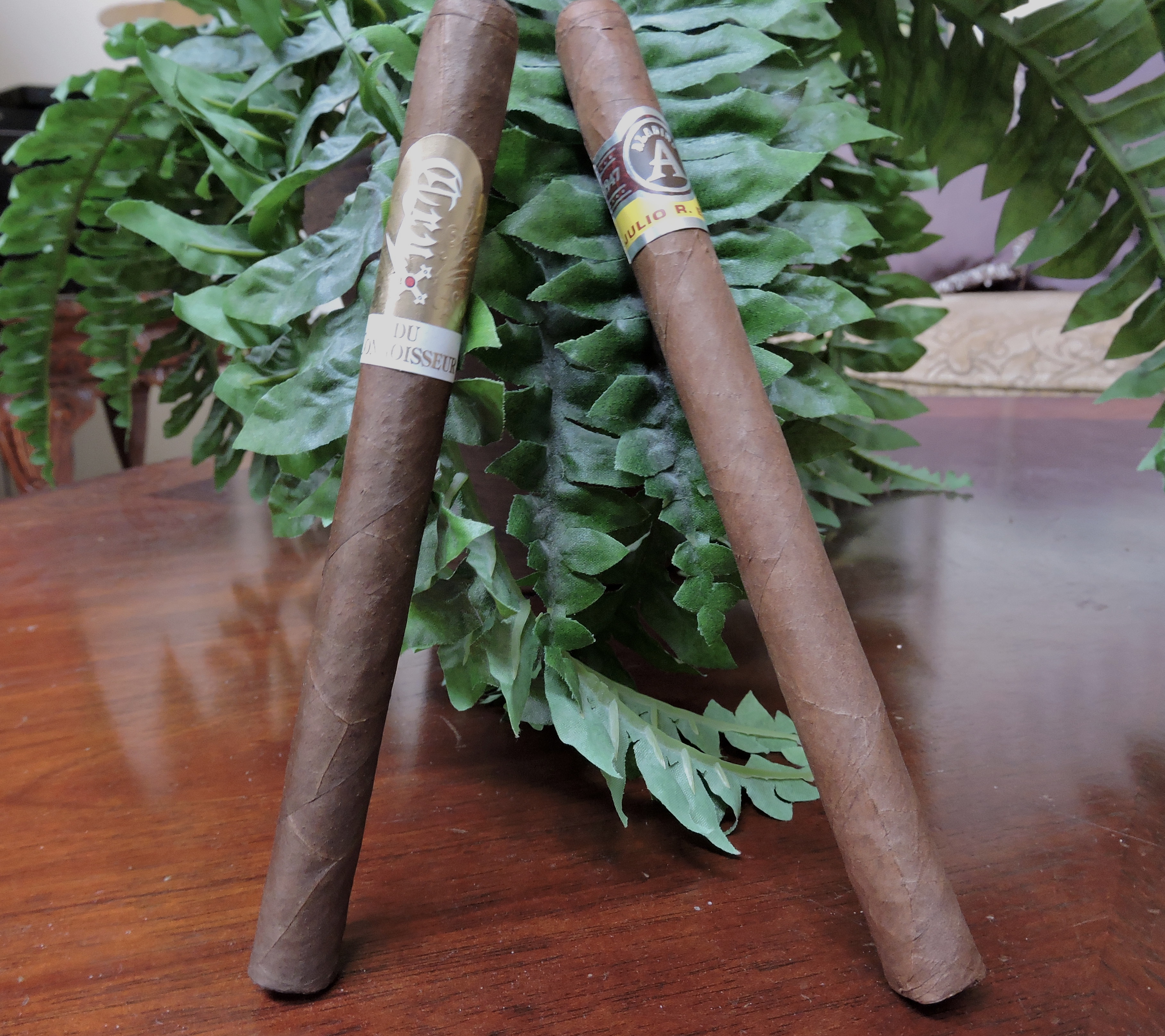 Crux Cigars is a relatively new company. The company was co-founded by Jeff Haugen and went to market in 2014. To build his brand, Haugen carefully discerned who his manufacturing partner would be and made the decision to go with Plasencia Cigars in Estelí, Nicaragua. Haugen just didn’t contract for a brand, he immersed himself in the whole cigar making process – spending countless weeks in Nicaragua. Haugen does all of his blending – and in a short amount of time is making cigars with the best of the best. Crux Cigars have garnered numerous accolades and not just from this media brand (mostly notably Prime Time Host Aaron Loomis had the Crux Limitada Show Exclusive 2016 as his #1 Cigar for 2016 as well). One could say Crux Cigars has a very contemporary approach to its packaging and marketing, yet delivers cigars satisfying traditionalists and modernists alike.

JRE Tobacco Company is a brand started by the legendary Julio R. Eiroa. Originally his blends were showcased at the 2015 IPCPR Trade Show by his son Christian’s CLE Cigar Company. In 2016, Julio made the decision to form a separate company and bring his other son Justo Eiroa into the mix. The brands of JRE are anchored by Aladino, which is a brand of cigars geared at delivering smokes reminiscent of the golden age of cigars in Cuba from 1947 to 1961. Julio is an all-time great in the tobacco industry, and has the Eiroa Tobacco Farm that produces true Authentic (non-hybrid) Corojo. He also has his own factory. While the Eiroas have a fully vertically integrated model, they still have had to start from the ground up to build their brands.

I’ve had numerous discussions on the ranking process and everyone in the media has their own algorithm and process. Critics will say one shouldn’t do a repeat of a #1 and #2 in such a short period of time. But in my view, it’s about ranking the best cigars and the ones that have made an impact. In the end, JRE Tobacco and Crux were the brands that had the two cigars standing.

Reflecting back on how these brands went to the top and seeing the road both companies took, I can certainly see why things turned out the way they did. These are newer companies that I am willing to place my bets on are in it for the long haul, and will only continue to grow their footprint.

Will there be a rubber match down the road? The odds would tell me no as I still think some stars aligned for the same two companies to land at #1 and #2.  More #1s and #2s for these companies? With the way both of these companies are moving forward, that’s one that is a real possibility.