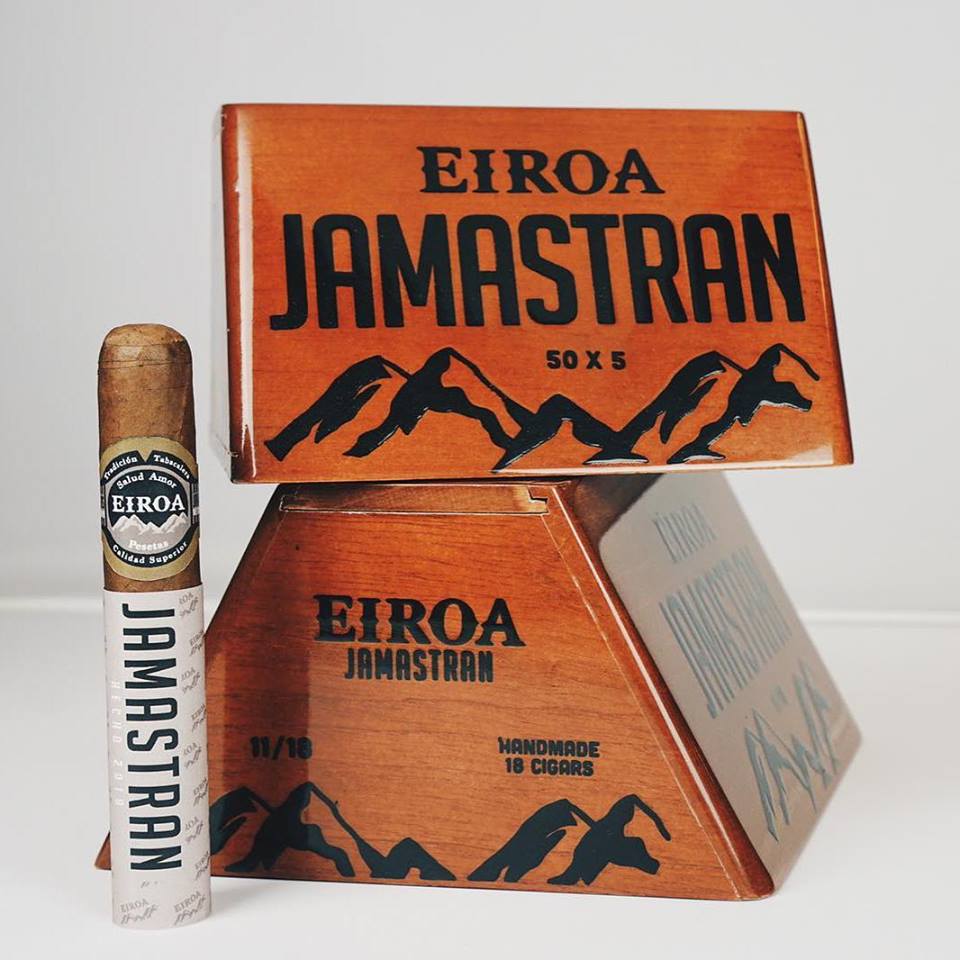 C.L.E. Cigar Company is planning to introduce a line under its EIROA brand known as EIROA Jamastran. It’s a cigar that pays homage to the Jamastran Valley, the region of Honduras where company founder Christian Eiroa and his family have grown and produced cigars. EIROA Jamastran will be released in two sizes, with one of the sizes sold exclusively to the Tobacconist Association of America (TAA).

There are two sizes – a 5 x 50 Robusto, and vitola in the company’s signature 11/18 shape measuring 6 1/4 x 60 x 52. The 11/18 size will be the TAA Exclusive while the Robusto will be generally available. Both cigars will be packaged in 18-count trapezoid-shaped boxes.

This is the fifth year C.L.E. and its brands has been a part of the TAA Exclusive Series. Each of the previous four installments has eventually become regular offerings from C.L.E. Other releases have included: