Agile Cigar Reviews are cigar assessments where we use a lightweight, shorter format. These will never take the place of our comprehensive reviews. They are only used on blends we have previously assessed. This might be a blend we are re-scoring or giving a score for the first time. It might be a blend we are looking at in a different size Today we look at the Joya de Nicaragua Antaño Gran Reserva Presidente TAA Exclusive. This is a cigar line we have previously assessed in the Belicoso size back in May 2018. 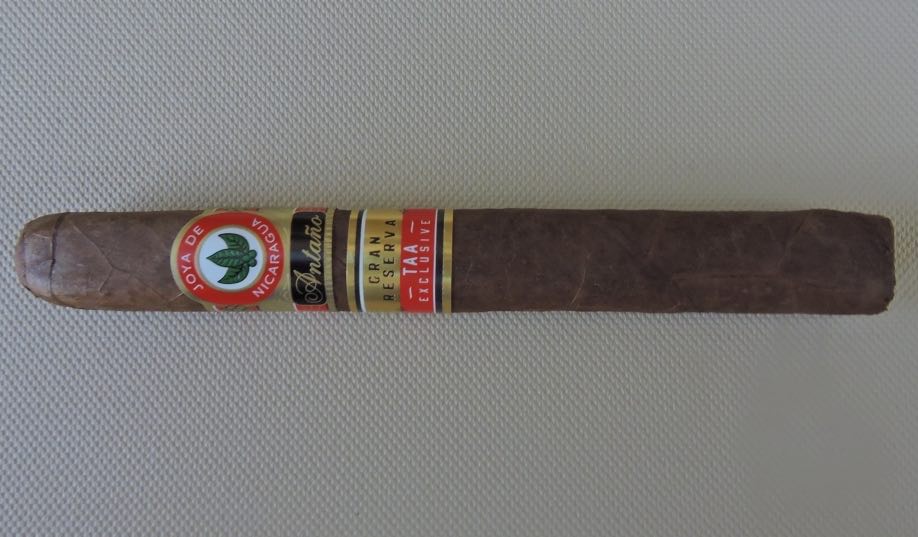 Back in 2017, Joya de Nicaragua announced it was bringing back a line known as the Joya de Nicaragua Antaño Gran Reserva. This line was previously released in 2005. In Cuba, the term “Gran Reserva” has been used to refer to blends where the tobaccos have extra aging, and this is exactly what the Joya de Nicaragua Antaño Gran Reserva brings to the table. The line is based on Joya de Nicaragua’s Antaño 1970, but it uses fillers that have been aged up to an additional five years. The idea is it brings a more mature and refined profile to the Antaño 1970. The line was brought back in three sizes, but a fourth size was added in 2018 as an exclusive limited offering to Tobacconist Association of America (TAA) retailers as a part of the 2018 TAA Exclusive Series. This fourth size comes in the form of a 6 1/2 x 50 size known as the Presidente. Today, we take a closer look at this cigar.

2018 was the 50th anniversary of the Tobacconist Association of America, so there was a large number of releases as a part of the 2018 TAA Exclusive Series.

The Joya de Nicaragua Antaño Gran Reserva Presidente delivered a flavor profile of natural tobacco sweetness, cedar, baker’s spice, black pepper, and classic wood. The natural tobacco sweetness had qualities of brown sugar and bing cherry. As the cigar experience progressed into the second third, the natural tobacco notes evolved into more of a rich tobacco taste with the bing cherry and brown sugar qualities diminishing.  The final third saw an increase in the black pepper, but this spice never overpowered the overall flavor profile. The flavors produced were medium to full and this was countered by medium strength.

The Joya de Nicaragua Antaño Gran Reserva in the Belicoso size landed a spot on the 2018 Cigar of the Year Countdown. Except for a little more in the way of body, I didn’t find the Presidente size to be that much different than the Belicoso. A lot of times, I’m skeptical when an exclusive size of a tried and true regular production blend is made for the TAA, but in this case, this cigar performs at the high level I’ve come to expect from this line. It’s a cigar I’d recommend to an experienced cigar enthusiast or for a novice looking for something medium plus. As for myself, I am impressed with this TAA offering and it was enough to garner box worthy consideration in my book.