Agile Cigar Reviews are cigar assessments where we use a lightweight, shorter format. These will never take the place of our comprehensive reviews. They are only used on blends we have previously assessed. This might be a blend we are re-scoring or giving a score for the first time. It might be a blend we are looking at in a different size. Today we look at the AJ Fernandez New World in the Redondo size made exclusively for the Tobacconist Association of America retailers. This is a cigar line we previously assessed in the Brute size back in June 2015. 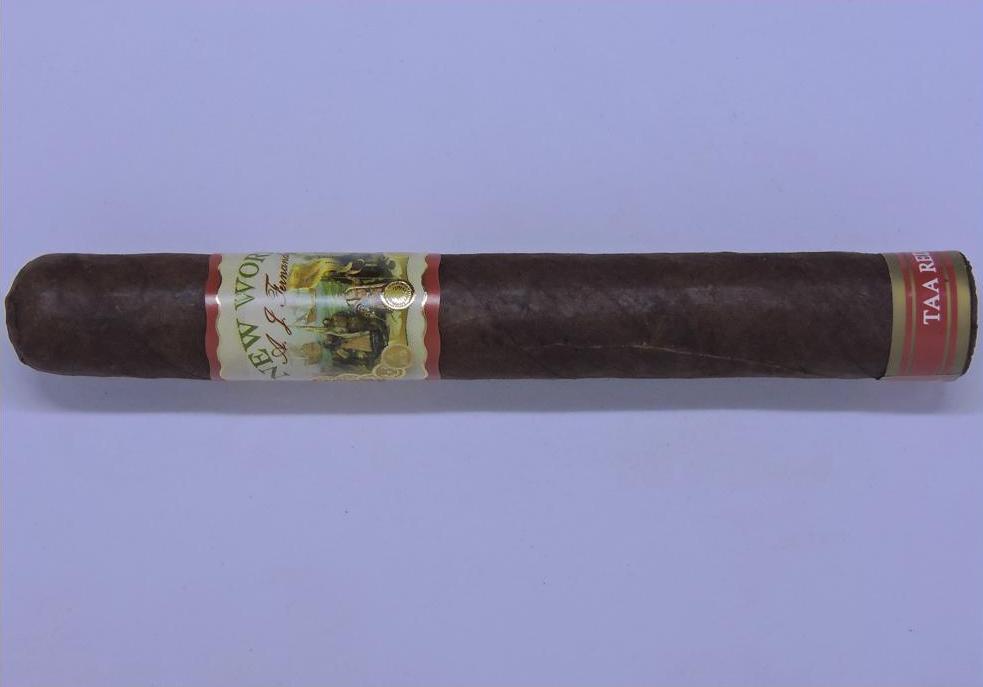 The year 2019 was the first year that AJ Fernandez Cigars would deliver an exclusive cigar to the retailers of the Tobacconist Association of America (TAA). The cigar would be an extension to the original AJ Fernandez New World blend.  The New World is a brand that was introduced back in 2014. The first release was the eponymously named New World line. This blend is a value-priced 100% Nicaraguan Puro that was a box-pressed offering. For The TAA, AJ Fernandez Cigars would do something different – delivering a rounded 6 1/2 x 55 toro-sized cigar known as Redondo. Today we take a closer look at the AJ Fernandez New World Redondo.

The New World Redondo started out with a mix of cocoa, cherry wood, white pepper, and baker’s spice. Early on the combination of cocoa, cherry, and baker’s spice were the dominant notes. Later in the first third some natural tobacco notes also emerged in the forefront. During the second third, the cherry and cocoa diminished, leaving the natural tobacco notes as the primary note. Later in the last third, there was a slight increase in the pepper component, but the rest of the flavor profile remained the same.

The flavors delivered from the New World Redondo were medium to full-bodied countered by medium strength. This was a cigar where the body had the advantage over the strength.

My feelings on the AJ Fernandez New World Redondo are consistent with most TAA releases that are special line extensions. On its own, this is nice cigar, but TAA Exclusive Series is supposed to be the best cigars by the best manufacturers for the best retailers. The New World Redondo offers a nice spin of the New World blend in a parejo format, but I believe this cigar was meant to be box-pressed. In the end, I’d still reach for the box-pressed offerings over the New World Redondo. Over the years, New World is a line that has increased in price, but at $8.00 this is still a nice package. It’s a cigar I’d recommend to an experienced cigar enthusiast or a novice looking to go in the medium plus end. It’s one I’d smoke again and pick up multiples for my humidor.