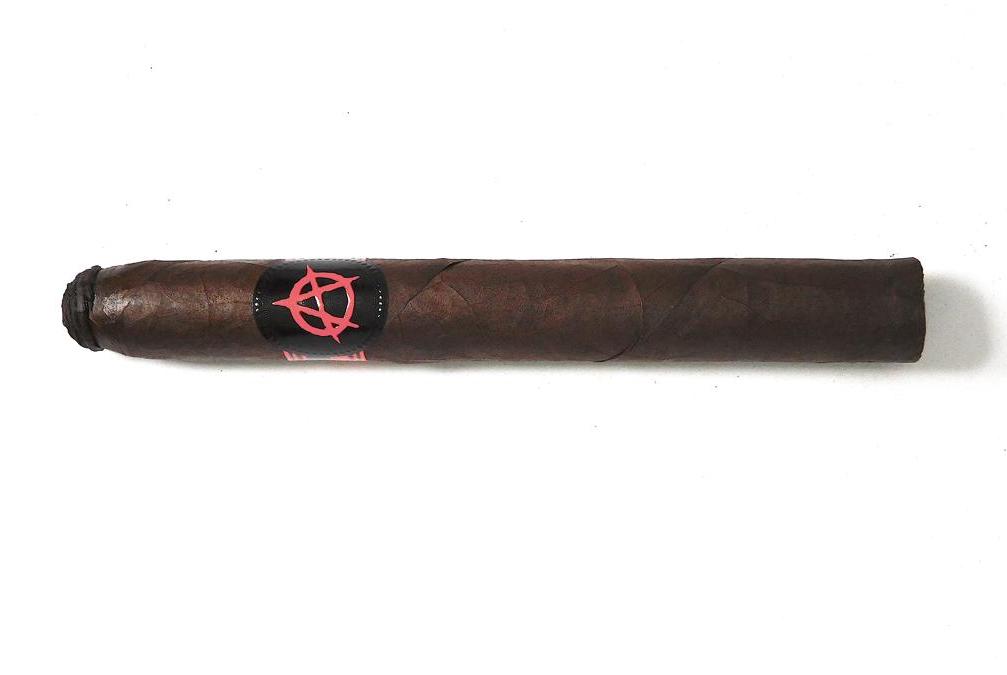 Once upon a time, a store exclusive cigar by a manufacturer meant something and created world excitement. Go back to 2010 and one might remember the frenzy of the Tatuaje Anarchy, the first release of Smoke Inn’s MicroBlend Series. At the time, the Tatuaje Anarchy was planned to be one of four exclusive cigars by different manufacturers to commemorate the 15th anniversary of Smoke Inn. Since 2010, the market has now become flooded with store exclusive releases and a frenzy to get these cigars is rare. On the other hand, Smoke Inn has been quite successful with its MicroBlend Series as there have been regular additions to the series since then. This has included three follow-ups by Tatuaje with the most recent installment being the Tatuaje Anarchy Kaos. Today we take a look at the Tatuaje Anarchy Kaos.

The Smoke Inn Microblend Series concept involves Smoke Inn teaming up with some leading brands and manufacturers in the cigar industry to produce a small batch limited run exclusive to its shops. The series was launched late in 2010 to commemorate Smoke Inn’s 15 years in business. It was originally planned to be a four-cigar series, but since then has remained a series of ongoing shop exclusives. Originally Smoke Inn had planned this to be a “one and done” series for each release, but that has now changed.

For completeness, we list all of the blends here. Smoke Inn officially lists the count of 15 releases, but if you don’t count the re-releases and count the two blends released with Padrón, it’s actually 16. 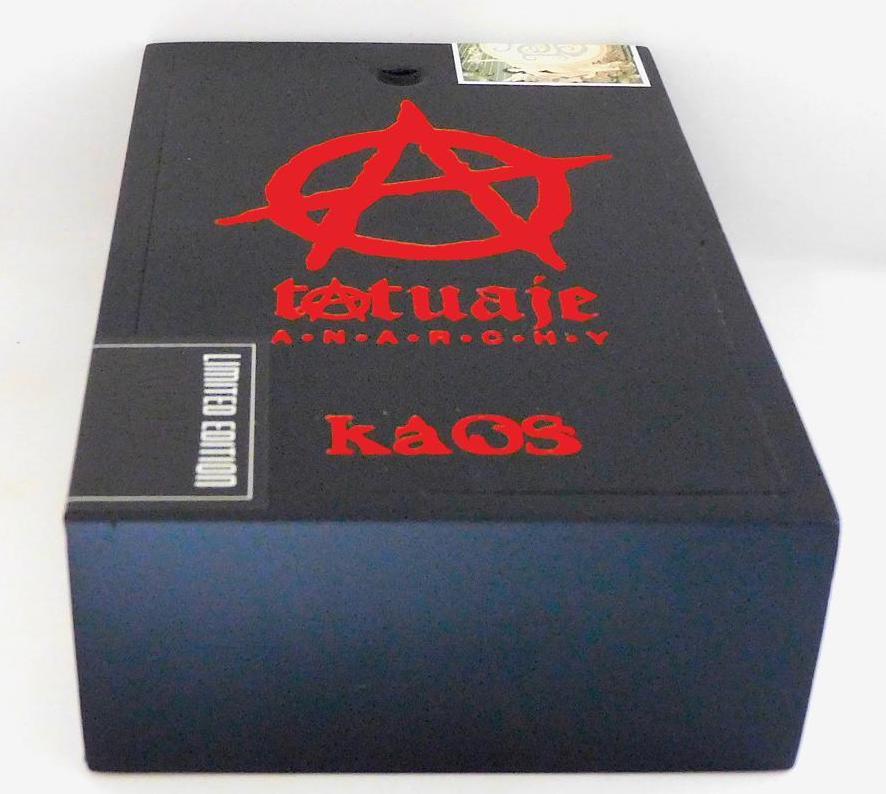 The Tatuaje Anarchy Kaos had a soft launch at a VIP dinner on the eve of Smoke Inn’s annual The Great Smoke in February 2019. Attendees received a three-pack of cigars that included two Kaos Cigars and a third cigar with a Connecticut Shade wrapper known as the Pale Horse. The Pale Horse was an event-only cigar and its unclear if that will ever be released into greater production.

Without further ado, let’s break down the Tatuaje Anarchy Kaos and see what this cigar brings to the table.

The Tatuaje Anarchy Kaos uses a dark Ecuadorian Habano – reminiscent of the one found on the original Tatuaje Anarchy. It also uses Nicaraguan binder and filler. Production is handled out of the My Father Cigars factory in Estelí, Nicaragua

The vitola measures 6 1/4 x 49 and is finished with a 109-style head and the signature Tatuaje Anarchy pigtail cap. The cigars are packaged in ten-count boxes. As mentioned there are 2,000 boxes – 1,500 for Smoke Inn and 500 for select retailers nationwide. 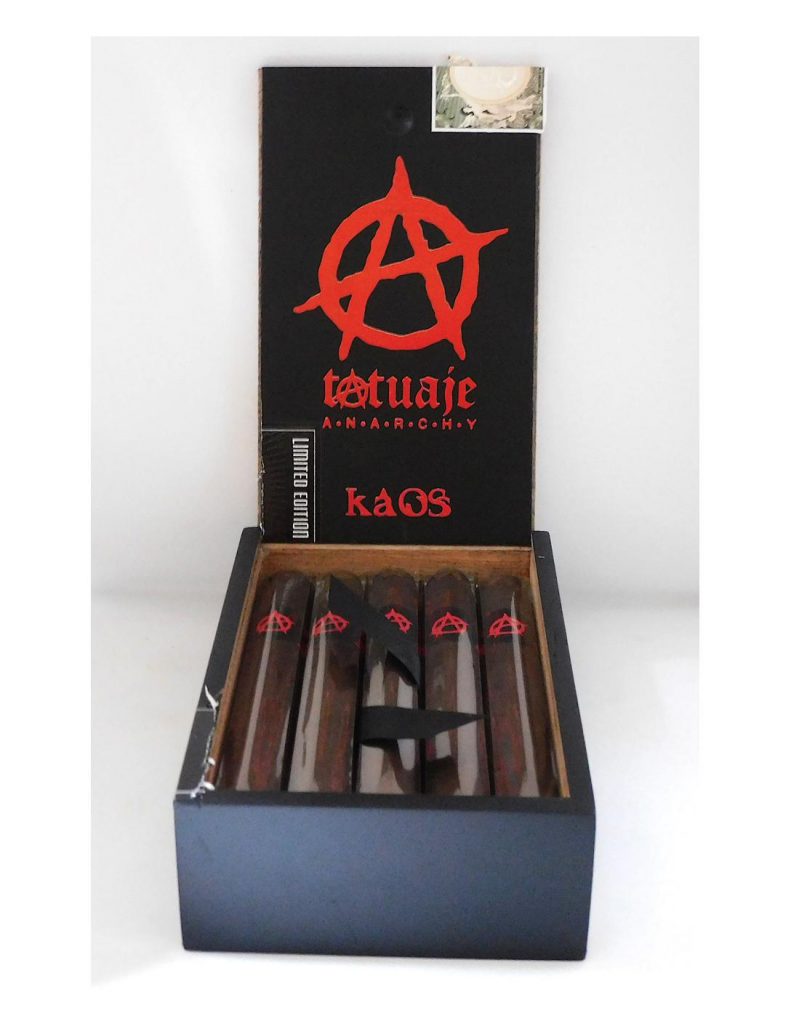 The Ecuadorian Habano wrapper of the Tatuaje Anarchy Kaos had a dark chocolate brown color to it. There was some oil on the surface of the wrapper. The wrapper also had some visible veins and visible wrapper seams. The cigar features a Cuban “109” style cap that tapers to a small flat-headed cap. What is unique about this cap is that it features a cinnamon bun style swirl-cap on it. 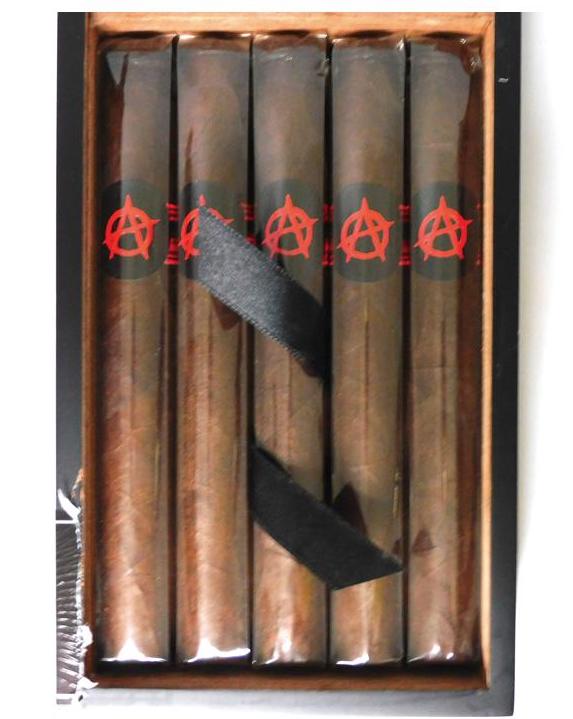 Close up of the packaging of the Tatuaje Anarchy Kaos

The way I approached removing the cap of the Tatuaje Anarchy Kaos was to make a precise cut that essentially removed the cinnamon bun cap. This easily allowed me to take advantage of the tapered head to the cigar. Once the cap was removed it was on to the pre-light draw experience. The dry draw delivered a mix of coffee and cream as well as subtle notes of cedar and red pepper. This was a satisfactory pre-light draw. At this point, it was time to light up the Tatuaje Anarchy Kaos and see what the smoking experience would deliver. 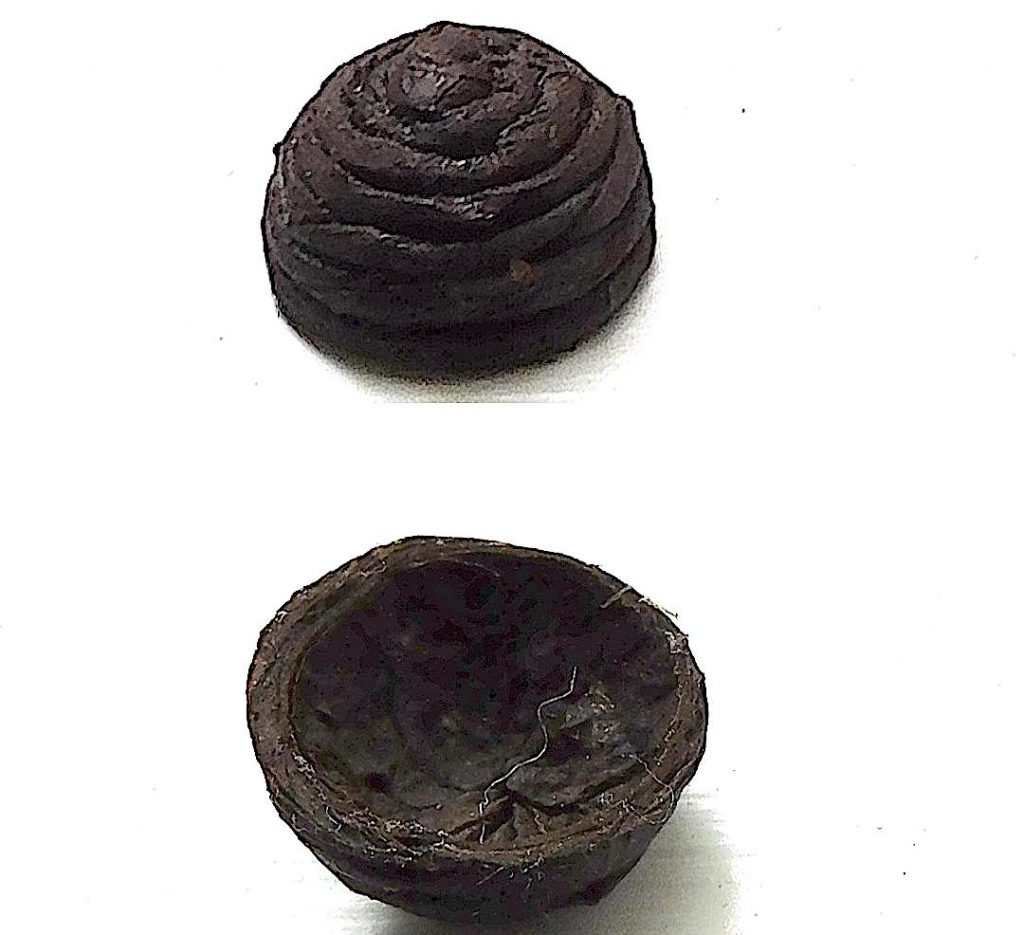 The Tatuaje Anarchy Kaos started out with notes of dark chocolate, citrus, classic wood, and a mix of black and red pepper. It didn’t take long for the dark chocolate notes to stand out and become primary. The citrus, wood, and pepper notes settled into the background. There was a subtle creamy texture present during this stage of the smoking experience. Meanwhile, there were some notes of black pepper, citrus, and wood on the retro-hale.

During the second third, there was an increase in the classic wood notes. Prior to the midway point, the wood joined the dark chocolate in the forefront and shortly after the Tatuaje Anarchy Kaos entered the second half, the wood notes took over as the primary note. During this time there were some smoky and cedar components also present with the wood notes in the forefront. The creamy texture present early on had dissipated. Meanwhile, the citrus, dark chocolate, and pepper remained secondary notes and helped round out the flavor profile.

The Tatuaje Anarchy Kaos maintained a straight burn path and had a relatively straight burn line. There were some touch-ups required along the way, but this was not a case where there was an excessive amount of touch-ups required. The resulting ash was nearly white in color and was an ash that was on the firm side. The burn rate and burn temperature were both ideal. 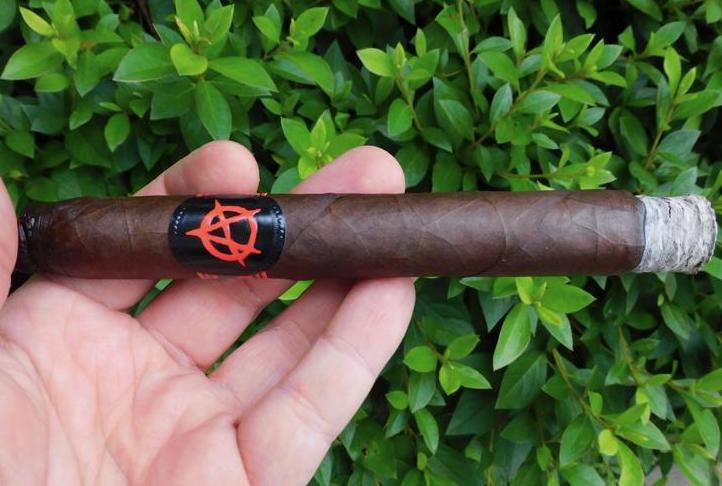 Burn of the Tatuaje Anarchy Kaos

The Tatuaje Anarchy Kaos had a nearly flawless draw. This was a cigar that had a touch of resistance – which readers of Cigar Coop know is something that I like. The thin surface area where I clipped the cap held up nicely as this cigar was puffed.

Many times I will refer to a cigar as a “tale of two cigars” – namely when there is a difference in the performance from one part of the cigar to the other. The Tatuaje Anarchy Kaos is one that falls into that boat. The first half of this cigar was a solid performer with excellent flavor and balance. As the strength and spice ramped up in the second half, I found it to be less balanced. I mentioned the final third as being “chaotic”. While it might sound cliché, I think it is valid here. Still, the plusses outweigh the minuses here. I’m not sure it’s up at the level of the original Tatuaje Anarchy and Tatuaje Apocalypse, but it is still a good cigar and a nice addition to the Smoke Inn MicroBlend Series and keeps to standards I would expect from this series. It’s one I’d probably steer a more experienced cigar enthusiast to. As for myself, this is one that I would smoke again and recommend a purchase of one.