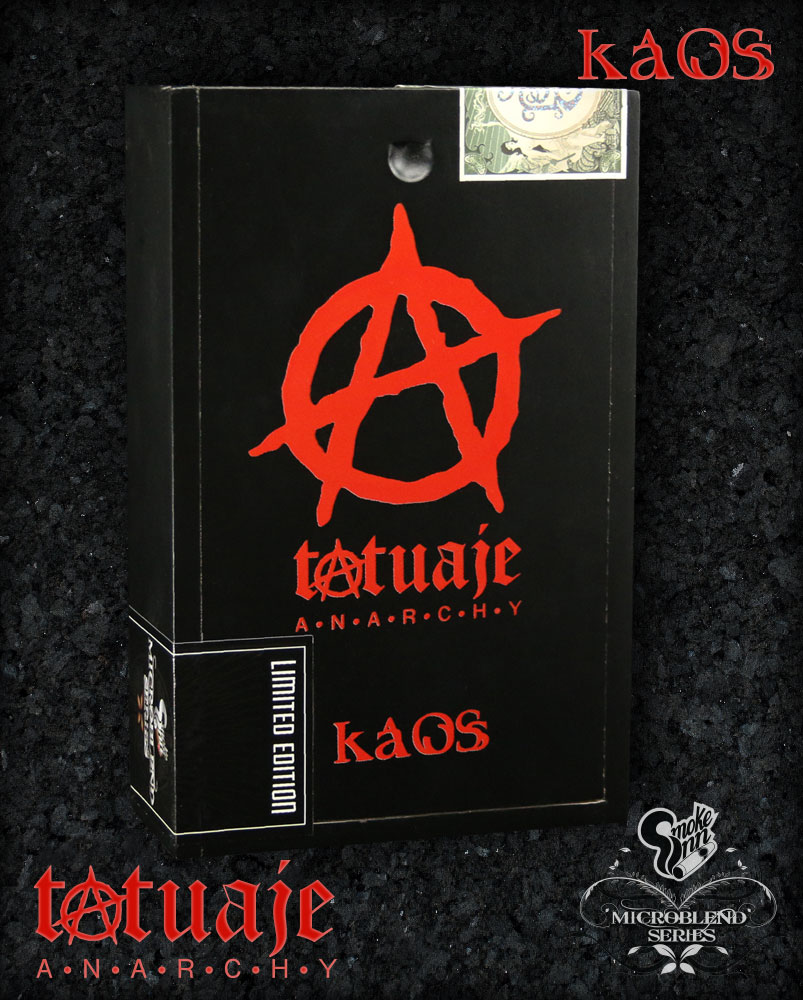 The Tatuaje Anarchy Kaos features an Ecuadorian Habano wrapper over Nicaraguan binder and filler. The vitola measures 6 1/4 x 49 and is finished with a 109-style head and the signature Tatuaje Anarchy pigtail cap. Production is handled out of the My Father Cigars factory. Pricing is set at $125.00 per box. 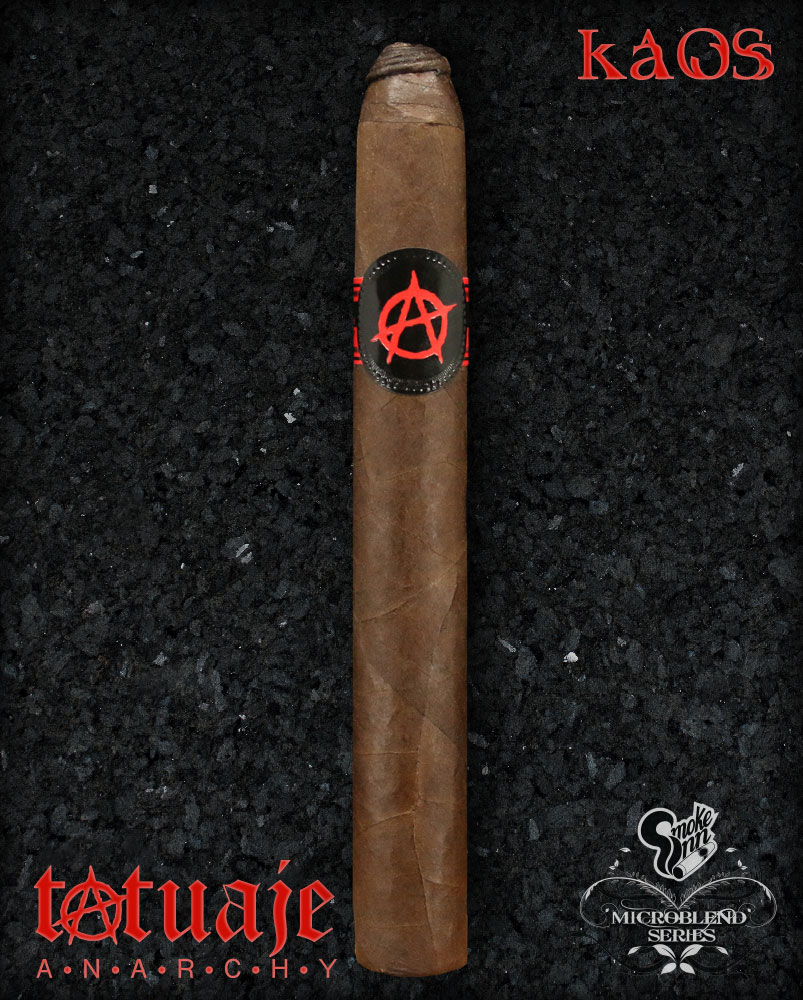 Smoke Inn will have a production of 1,750 ten-count boxes. In addition, 500 boxes will be made available to select third party retailers. The cigar will have a soft launch at Smoke Inn’s The Great Smoke pre-event VIP dinner on February 21, 2020, with Pete Johnson of Tatuaje Cigars in attendance. Attendees will receive two Anarchy Kaos cigars plus a special more limited version called The Pale Horse. This cigar contrasts Kaos’ dark wrapper with a light Connecticut Shade wrapper alteration. The cigar will officially launch on March 2nd, 2020. 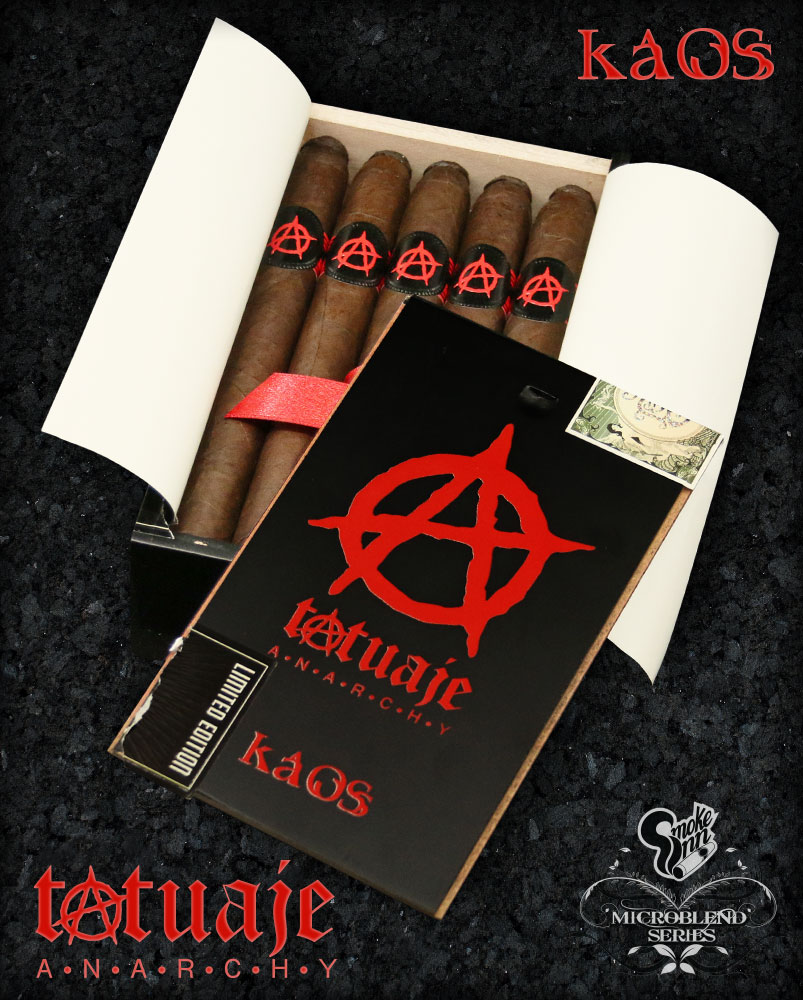 At a glance, here is a look at the Tatuaje Anarchy Kaos:

If you’d like to know the history of the series, here is a look at the Smoke Inn MicroBlend Series installments: