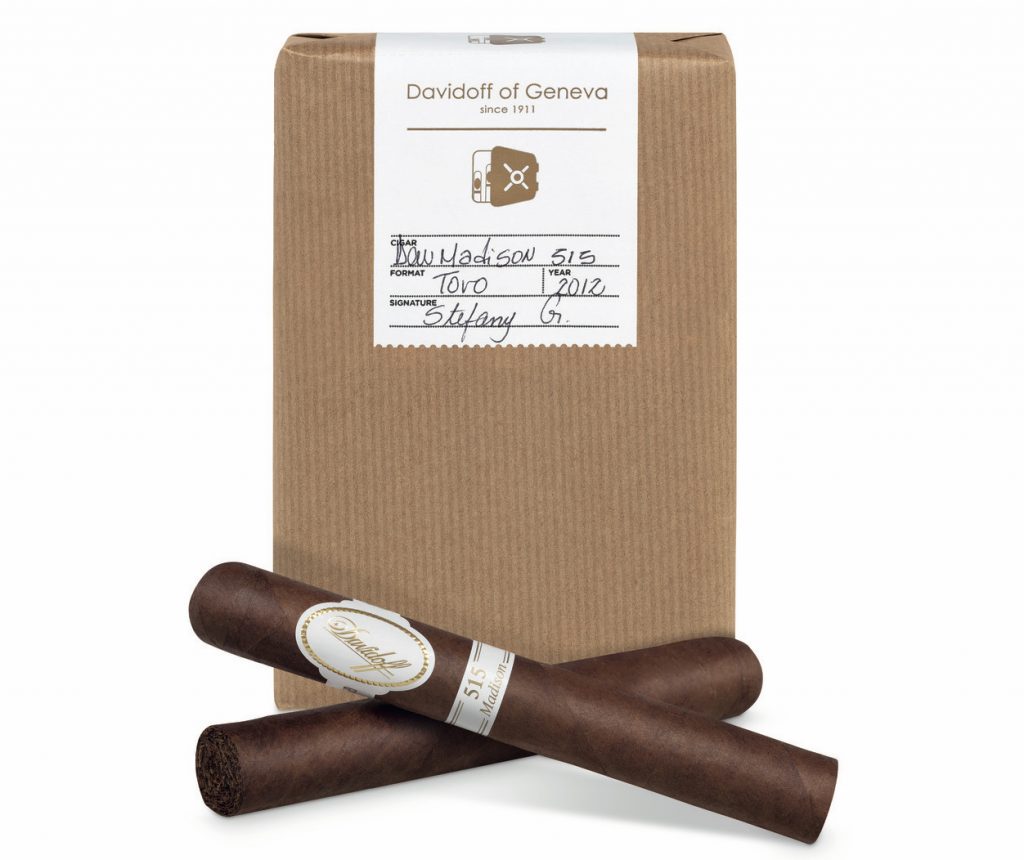 Davidoff has released its latest installment in the Davidoff Vault Series, the Davidoff Madison 515 Toro. This was originally an exclusive cigar for Davidoff’s Flagship Store on Madison Avenue in Manhattan.

The cigar itself features Dominican wrapper over a Mexican binder and all Dominican fillers. It comes in one size – a 6 x 54. The cigar is sold in ten-count packs priced at $350.00 per pack.

At a glance, here is a look at the Davidoff Madison 515 Toro: