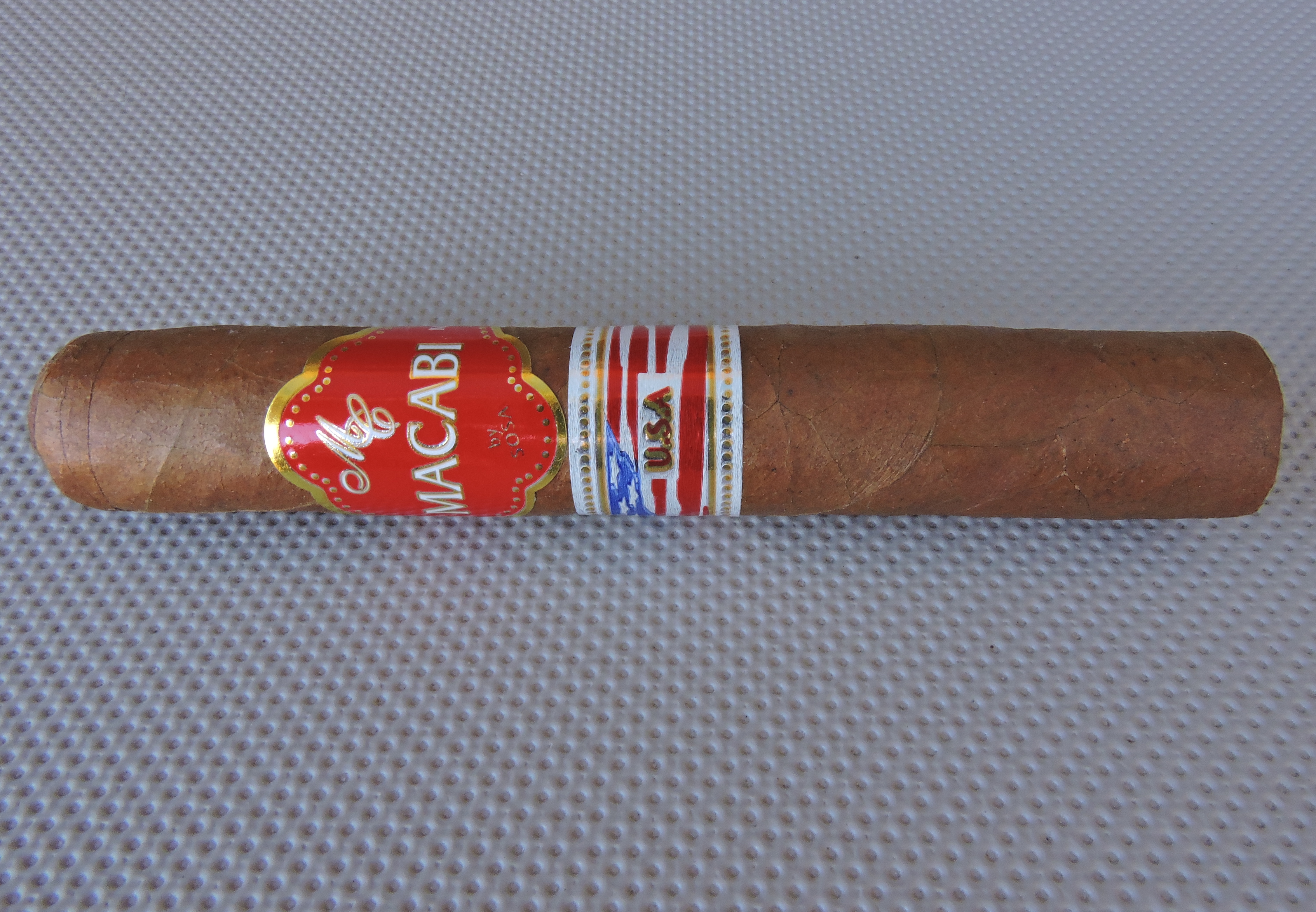 Macabi USA is a new line introduced by Antillian Cigar Corporation, best known for making the Sosa Cigars brand. While this is a new line, the Macabi brand as a whole is actually one of the oldest in Antillian’s portfolio. Back in 2014, Sosa Cigars celebrated its 50th anniversary. As a part of this milestone, the company started a program of revitalizing some of the brands from its rich past. The Macabi brand along with the Imperio Cubano and Santa Julia brands are a part of this initiative. Today, we take a closer look at the Habano blend of the Macabi USA in the Royal Corona (Robusto) size. Overall I’ve been quite impressed with the results of this revitalization initiative by Sosa Cigars – and the Macabi USA provides another great addition to this initiative.

Without further ado, let’s take a closer look at the Macabi USA Royal Corona and see what this cigar brings to the table.

Each of the five sizes of the Macabi USA are packaged in 20 count boxes. 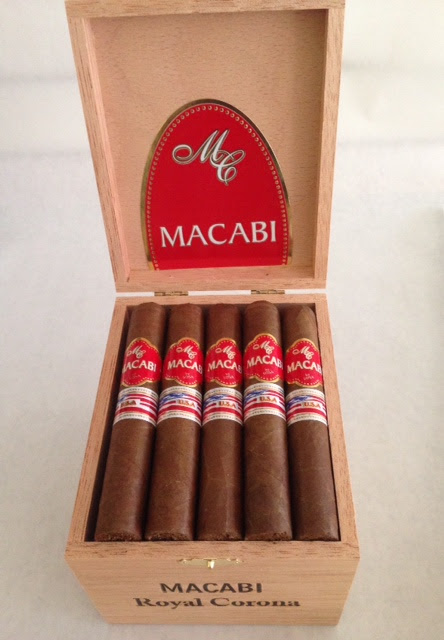 The Ecuadorian Habano wrapper of the Macabi USA has a medium brown color with a slight rosado tint. Compared to the Macabi USA Peppermint Stick’s barber pole wrapper, I found the Habano version of the Macabi USA to have more oil on the surface. The cigar had some visible veins and any visible wrapper seams were on the thin side.

There is a secondary band just below the primary one on the cigar. The band has silver background. Sitting on that background is a U.S. flag design to it with the text USA (in gold font) resting on top of it. The band has a dotted gold pattern toward the upper and lower edge.

Prior to lighting up the Macabi USA Royal Corona, I went with my usual choice of a straight cut. Once the cap was successfully clipped, I moved on to the pre-light draw. The cold draw provided a nice mix of sweet natural tobacco and generic wood notes. Overall it was a simple, but very enjoyable pre-light draw. At this point I was ready to light up my Macabi USA Royal Corona and see what the smoking phase would have in store.

The start of the Macabi USA Royal Corona picked up right where the pre-light draw left off. The early stages provided a mix of natural tobacco, wood, and black pepper. The black pepper notes receded into the background early, but remained prominent on the retro-hale.

By the middle of the first third, a nut flavor emerged and moved into the forefront. The natural tobacco and generic wood notes receded into the background – joining the black pepper notes. This flavor profile continued into the second third, but the one difference was that I found some grass notes emerged in the background.

Toward the last third, nut flavors remained primary. There was an increase in the pepper notes, but they didn’t quite eclipse the nut flavors. I still found some generic wood, natural tobacco, and grass remained in the background. This is the way the cigar experience of the Macabi USA Royal Corona came to a close. The resulting nub was on the firm side and cool in temperature.

Construction-wise, I found each sample of the Macabi USA Royal Corona I smoked to be excellent – and this was reflected nicely on the burn and draw. The burn path remained straight from start to finish. The actual burn line had a slight curvature, but it remained a clean burn line throughout the smoking experience. The resulting ash had a salt and pepper color to it. While the ash wasn’t overly firm, it still was void of any significant flaking. The burn rate and burn temperature remained ideal throughout the smoking experience. 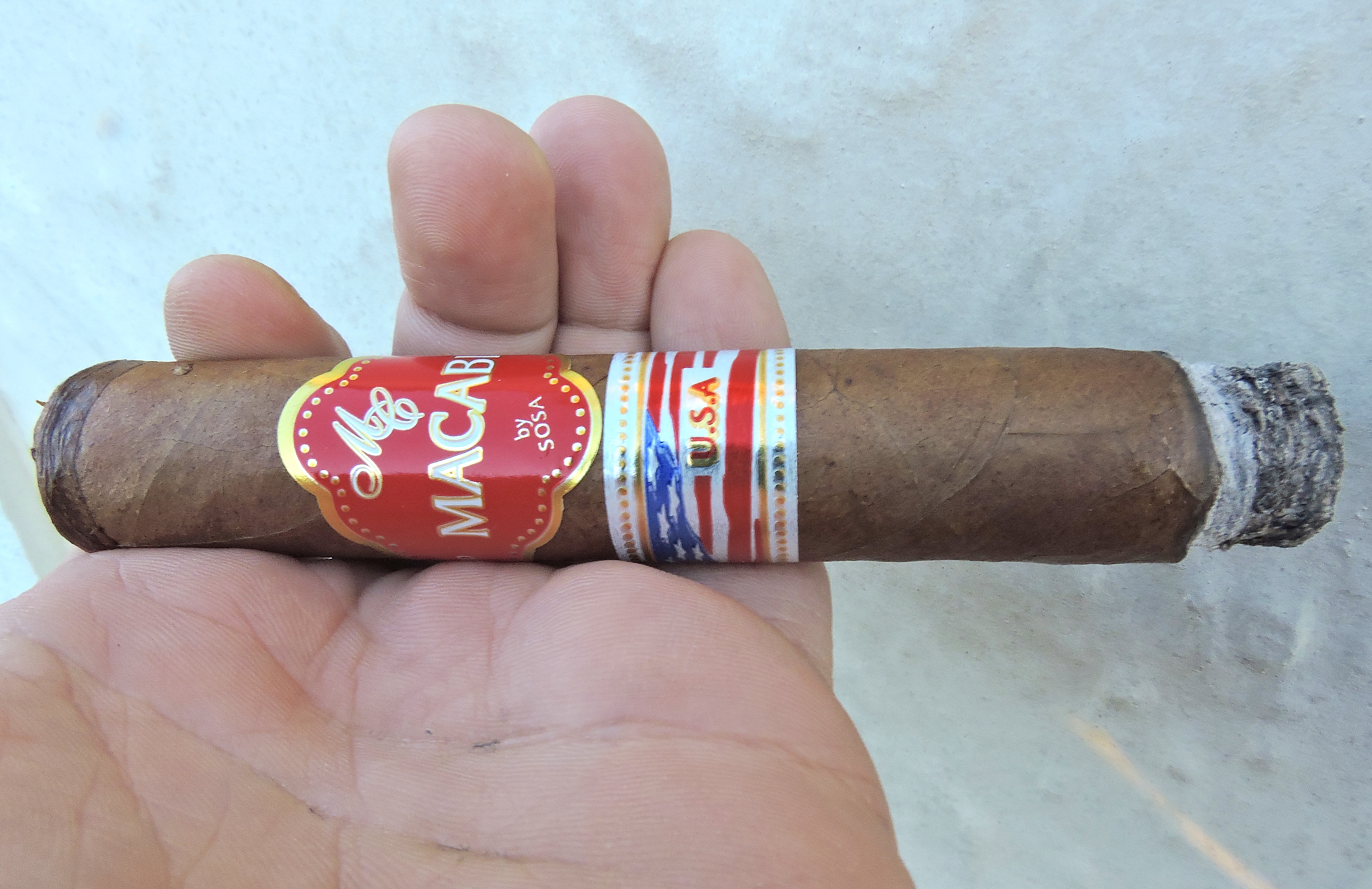 The Macabi USA Royal Corona isn’t going to be a powerhouse, but it will still have more strength and body than its Peppermint Stick sibling. I found the Macabi USA Royal Corona started out on the upper end of mild to medium in strength. By the second third, the strength increased just enough to move into medium territory – where it stayed for the remainder of the smoking experience.

In the small batch community, the work being done by Arby Sosa has been some of the most underrated. I’ve really enjoyed how brands such as Imperio Cubano and Macabi USA (at press time, Santa Julia is still to come) have been resurrecrted. The Macabi USA Royal Corona adds another great chapter to what is excellent on-going story. The Macabi USA isn’t going to be flashy, but its a very classic smoking cigar – and an enjoyable one at that. This is a cigar I would give to any cigar enthusiast at any time of the day. As for myself, this is a cigar I would definitely reach for again. It’s a cigar easily worthy of a box split.