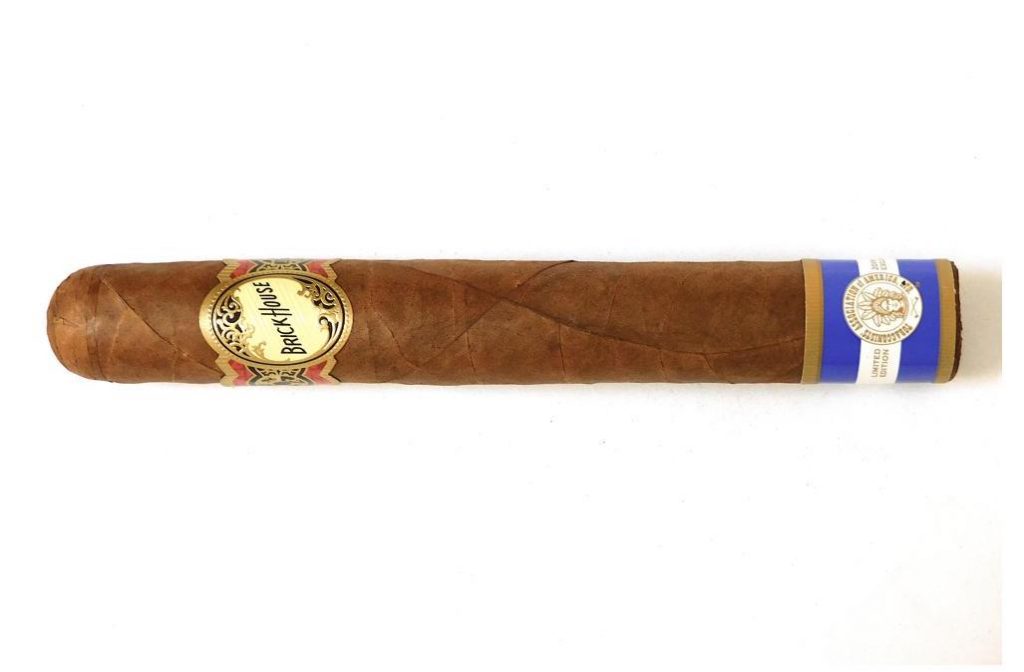 As mentioned, the Brick House Ciento Por Ciento is J.C. Newman’s first TAA Cigar. Earlier this year, it was announced the Ciento Por Ciento would be returning as a part of the 2020 TAA Exclusive Series, but would feature different packaging.

Without further ado, let’s break down the Brick House Ciento Por Cientoand see what this cigar brings to the table.

As mentioned above, the Brick House Ciento Por Ciento is a Nicaraguan puro. The cigar features a Habana-seed corona leaf wrapper grown in the Jalapa Valley. The remainder of the blend features binder and filler from three of Nicaragua’s mountainous regions.

The cigar itself is a Nicaraguan puro available in a single size – 6 1/4 x 54. The cigars are available in 25-count boxes. Production comes from J.C. Newman’s Nicaraguan factory, Puros de Estelí Nicaragua, S.A. (J.C. Newman PENSA). As mentioned above, a 5 x 56 Belicoso was also released to the German Market.

The Nicaraguan wrapper of the Brick House Ciento Por Ciento TAA Exclusive had a medium brown color. There wasn’t much in the way of oil on the surface of this wrapper. The wrapper itself was slightly bumpy with some visible wrapper seams and visible veins.

There are two bands on the Brick House Ciento Por Ciento TAA Exclusive. The primary band is the same one found on the core Brick House and Brick House Maduro lines. It consists of a pale yellow, gold, black, and red color scheme. The center of the band has an oval field with gold trim along with some gold and black adornments. On the center of the band is the text “BRICK HOUSE” arranged diagonally from the lower left to the upper right. The left and right side of the band has gold, black, and red adornments.

There is a secondary band on the footer unique to the Brick House Ciento Por Ciento TAA Exclusive. The band has blue and white stripes similar to the flag of Nicaragua. On the center of the band is a gold and white TAA logo. To the left of the logo is the text “LIMITED EDITION” and to the right is the text “2019 TAA EXCLUSIVE.” Thick gold striping flanks the upper and lower portion of this band.

The Brick House Ciento Por Ciento TAA Exclusive started out with a mix of baker’s spice, fruit, earth, and natural tobacco notes. Early on the earth and natural tobacco notes moved into the forefront. The fruit notes settled in the background with the baker’s spice notes more distant. There was definitely more in the way of sweetness during the early stages. On the retro-hale, there was a layer of cedar with a slight fruit sweetness also present.

Later in the first third, the natural tobacco took an edge over the earth notes. There was a slight caramel quality to the natural tobacco as the Brick House Ciento Por Ciento TAA Exclusive moved into the second third. It was also in the second third where a black pepper note surfaced in the forefront. Concurrently, there was a decrease in the fruit sweetness and baker’s spice.

By the latter point of the second third, the earth notes became the sole note in the forefront. The natural tobacco receded into the background joining the black pepper notes. By this point, the natural tobacco exhibited some bitter qualities. There were still touches of fruit and baker’s spice. This is the way the Brick House Ciento Por Ciento TAA Exclusive came to a close. The resulting nub was slightly lukewarm in temperature and soft to the touch.

The burn of the Brick House Ciento Por Ciento TAA Exclusive had unevenness on the burn line from start to finish. This cigar required frequent touch-ups along the way. At the same time, while there was unevenness on the burn line, the cigar had no problem maintaining a straight burn path. The resulting ash was firm with a mostly silver-gray color. The burn rate was ideal. The burn temperature was ideal until it reached the second third where the temperature got slightly warmer than I prefer. 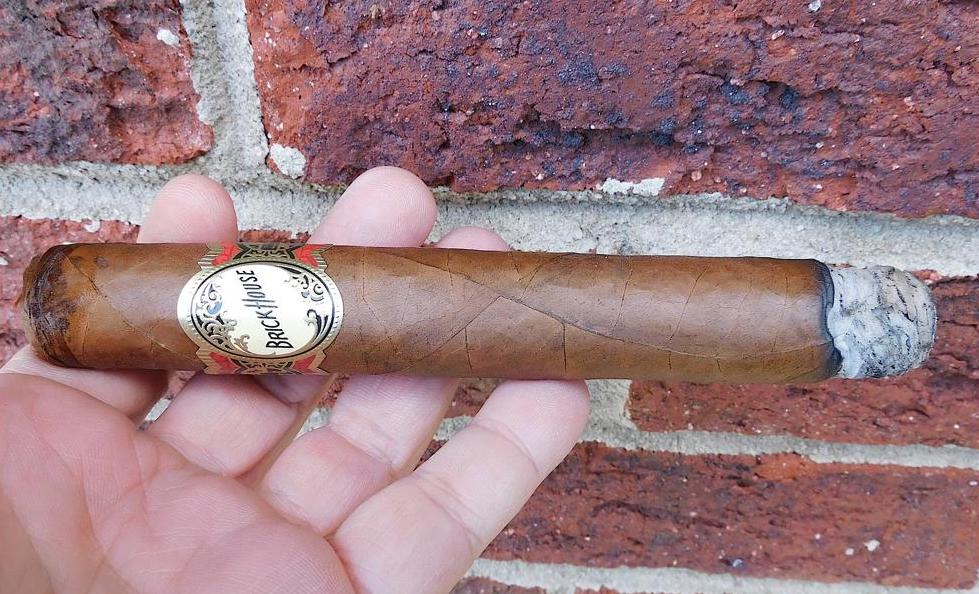 The Brick House Ciento Por Ciento TAA Exclusive is a cigar that started out with medium strength and medium body. In the second half, the strength and body increased to medium to full. While it’s not a nicotine bomb, you might be surprised that there is some moderate strength as the cigar comes to a close.

The strength and body balanced each other during the first two thirds, but in the last third, the strength had a slight edge.

For the first two thirds, the Brick House Ciento Por Ciento TAA Exclusive performed at a level I would expect a TAA Exclusive cigar to perform. The last third was a bit disappointing. There was some bitterness and, to quote my old broadcasting partner Stogie Santa, “the cigar couldn’t make up its mind what to do.”  However, there still was enough for this cigar to offer in the first two thirds, and at $7.40 it certainly is one of the more budget-friendly TAA Cigars. This is a cigar I would recommend to a more experienced cigar enthusiast. At the same time, it’s one I would recommend to a newer smoker looking to graduate to something that has a little more kick (in this case at the end). As for myself, it’s a cigar I would smoke again – and it’s one I would give the recommendation to buy one.

« The Blog: The Best Way to Cut Your Cigar and Where to Cut a Torpedo with Nick Perdomo » Announcement: Prime Time Jukebox Episode 10 – The John Prine Show with Skip Martin