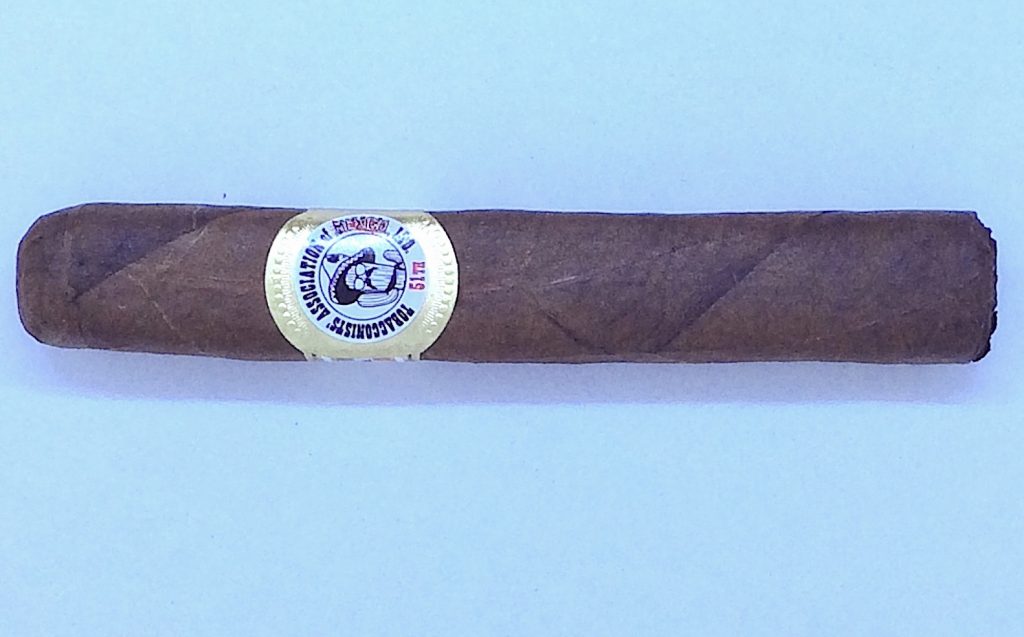 Over the past decade, when one looks at the brands that make up the Tobacconist Association of America (TAA) Exclusive Series, Tatuaje is one that ranks right at the top. Each year since 2011, Tatuaje has released an annual limited edition cigar to be a part of the annual TAA Exclusive Series. Seven of the previous eight Tatuaje TAA releases have featured a Connecticut Broadleaf wrapper. 2019 would see a change of pace as a Mexican San Andres wrapper was introduced for the 2019 release. That release would be dubbed the Tatuaje TAA 51th (not 51st) and it’s the cigar we are assessing today.

As mentioned, this is the ninth consecutive year Tatuaje has provided an exclusive cigar to the annual TAA series. Below is a complete list of Tatuaje’s TAA releases.

Without further ado, let’s break down the Tatuaje TAA 51th and see what this cigar brings to the table.

In addition to the Mexican San Andres wrapper, the Tatuaje TAA 51th features all Nicaraguan tobaccos for the binder and filler. Production is handled at the My Father Cigars factory in Estelí, Nicaragua.

The Tatuaje TAA 51th comes in one size – a 5 x 52 box-pressed Robusto. The cigars are packaged in 20-count boxes.

The band of the Tatuaje TAA 51th is a somewhat humorous variation of the Tatuaje TAA Exclusive releases. The cigar features red, white, and green stripes (as opposed to the red, white, and blue stripes on other Tatuaje TAA releases). On the white stripe it says “TATUAJE” on both the left and right side in black font. On the green stripe, it says “TAA EXCLUSIVE” in white font. On the front of the band is a cactus with a sombrero and mustache (as opposed to the TAA Indian logo) in black. Around the logo it says “TOBACCONISTS’ ASSOCIATION of AMERICA, LTD” in black font arranged in a circular fashion. The name “AMERICA” is crossed out and with the text “MEXICO” written over it. Below the logo is the text “51th” in red font. A gold ring surrounds the logo and text on the front.

As the Tatuaje TAA 51th moved into the second third, the chocolate component subsided and chocolate/coffee components of the mocha were back on even ground. Meanwhile, some citrus notes emerged in the background, and there was a slight increase in the pepper. This continued throughout the second third.

The last third of the Tatuaje TAA 51th saw the mocha remain in the forefront. By this point, the black pepper was a close secondary note. Further back were the citrus and earth notes. This is the way the smoking experience of the Tatuaje TAA 51th came to a close. The resulting nub was slightly soft to the touch and cool in temperature.

In terms of burn, the Tatuaje TAA 51th maintained a relatively straight burn path from start to finish. There was a slight amount of curvature on the burn line itself, but in the end, this was not a cigar that required frequent touch-ups. The resulting ash was mostly silverly gray in color. This wasn’t an overly firm ash, but it wasn’t a loose or flakey ash either. The burn rate and burn temperature maintained ideal levels from start to finish. 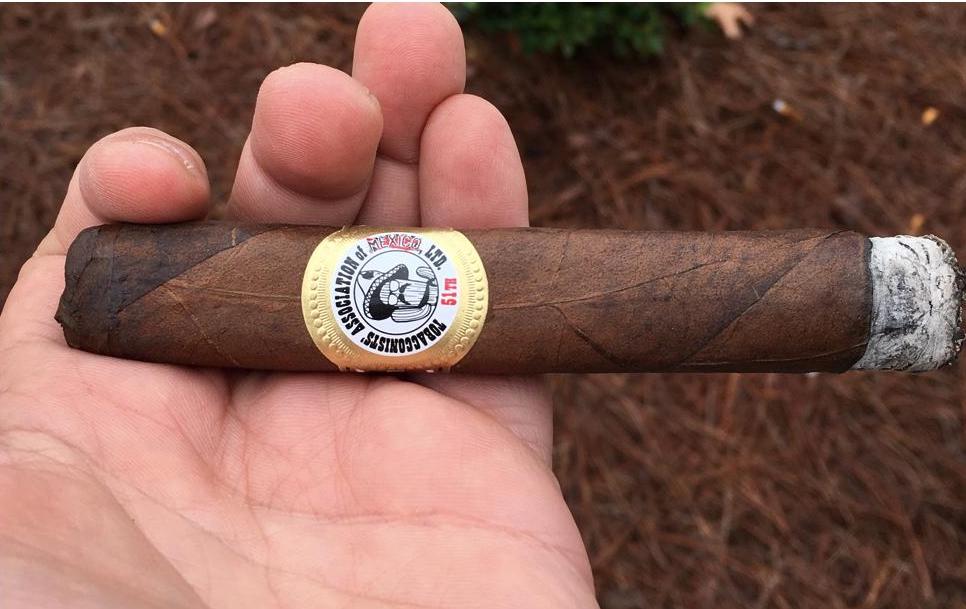 For a box-press cigar, the Tatuaje TAA 51th performed very well. It had a touch of resistance and wasn’t a box-press that was too open. There was a decent amount of smoke production that came from this cigar.

In terms of strength and body, the Tatuaje TAA 51th started out medium to full. During the first half, both attributes gradually increased in intensity. The body increased a little more rapidly than the strength and around the 2/5 mark, the cigar progressed into full-bodied territory. The increase in intensity leveled off in the second half, but in the end, the Tatuaje TAA 51th closed out with medium to full strength and full-bodied favors.

In terms of strength versus body, the body had a slight edge over the strength.

As I smoked the Tatuaje TAA 51th cigars, there were striking similarities to my experience with the Tatuaje Mexican Experiment (ME 1). In terms of The TAA 51th, while the flavor profile was similar, there were differences with the overall experience. I found the flavors to be richer and more refined. With the Tatuaje TAA 51th, I also found a better synergy of the flavor notes overall. As I started this assessment out, the Tatuaje releases for the TAA have ranked among the top – and the Tatuaje TAA 5tht is another reason why. It has been said that TAA releases are the best cigars by the best manufacturers for the best retailers. While there are many TAA releases that score well, many miss this “best of the best” mark. The Tatuaje TAA 51th doesn’t. It’s a cigar I’d recommend to a more seasoned cigar enthusiast. As for myself, it’s one I would smoke again and not hesitate to make a box purchase.