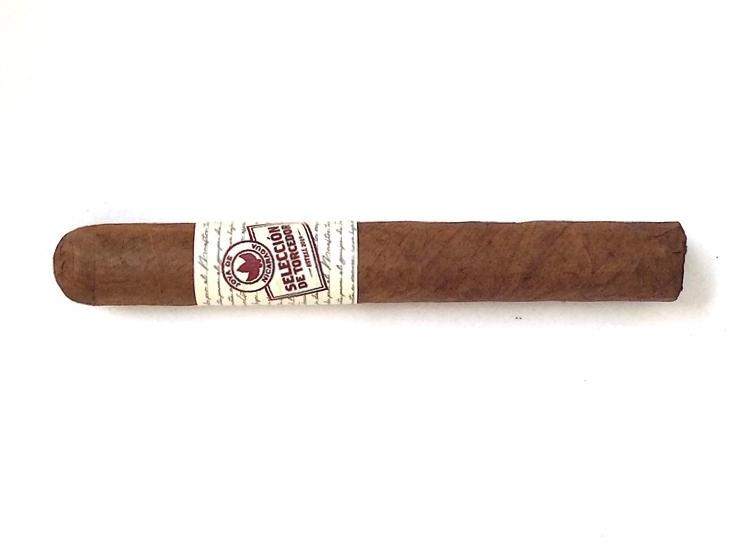 As mentioned, the Selección de Torcedor 2019 is the third blend released to the TAA. Previous releases included the one time release of the CyB Lancero Fino in 2013 and the Joya de Nicaragua Antaño Gran Reserva Presidente was introduced in 2018, returned in 2019, and now is an on-going offering to The TAA.

Without further ado, let’s break down the Joya de Nicaragua Selección de Torcedor 2019 and see what this cigar brings to the table.

The Nicaraguan wrapper of the Selección de Torcedor 2019 had a medium brown color with a strong cinnamon-colored tint to it. Upon closer examination, some mottling could be seen on the surface. The surface of the wrapper also had a light coating of oil on it. There were some visible veins and it gave the wrapper a somewhat bumpy look. Most of the wrapper seams were well hidden. The cigar itself was well packed with tobaccos.

The band of the Selección de Torcedor 2019 has an antique white background. On the background, there is a cursive gray font almost representing words being written in a notebook. The center of the band has an image that represents a stamp. This image consists of the Joya de Nicaragua logo along with the text “SELECCIÓN DE TORCEDOR ESTELÍ 2019” – all in red font. The far right of the band has a gold stripe with the text “JOYA DE NICARAGUA EXCLUSIVO DE TAA” in red font.

Prior to lighting up the Selección de Torcedor 2019, a straight cut was used to commence the cigar experience. After the cap was removed with the cut, it was on to the pre-light draw ritual. The dry draw was very unique for a Joya de Nicaragua cigar. The cigar delivered a mix of cedar and brown sugar with a dash of black pepper. The brown sugar flavor is an analogy here. This is not a sweetened tip. This was a satisfactory pre-light draw. At this point, it was time to light up the Joya dee Nicaragua Selección de Torcedor 2019 and see what the smoking phase would have in store.

Once the Joya de Nicaragua Selección de Torcedor 2019 reached the midway point, the fusion of the natural tobacco and cedar came apart. The natural tobacco took control with the cedar joining the baker’s spice and earth in the background.  By this point, there also were some black pepper notes that had surfaced by this point.

The last third of the cigar saw the natural tobacco still in control. The pepper, cedar and earth notes remained in the background. The baker’s spice had pretty much dissipated by this point. When the cigar experience of the Joya de Nicaragua Selección de Torcedor 2019 came to a close, the resulting nub was firm to the touch and cool in temperature.

While there was some slight meandering of the burn line, the Joya de Nicaragua Selección de Torcedor 2019 had no problem maintaining a straight burn path. The resulting ash was near white in color with a few darker spots. The ash itself was on the firm side. As for the burn rate and burn temperature, both were ideal. 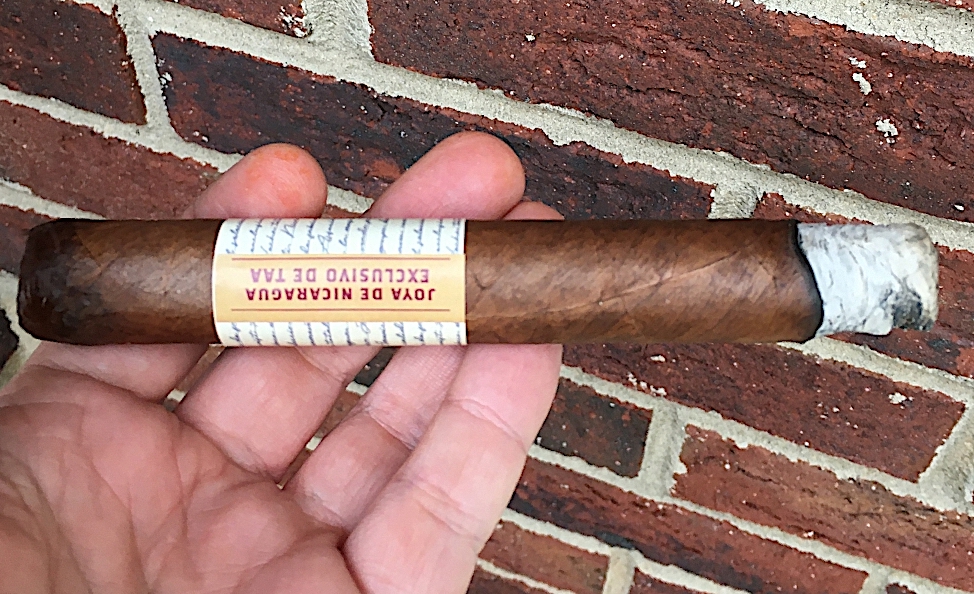 As I mentioned above, the Selección de Torcedor 2019 was a well-packed cigar, but that worked in favor of the draw. The packing gave the cigar a nice amount of resistance – which in my book made an excellent draw. This was also a cigar that produced an ample amount of smoke.

In terms of strength versus body, both attributes maintained an equilibrium between them with neither attribute overshadowing the other.

There are several points for which I can be very critical of this release not related to the performance of the Selección de Torcedor 2019. First up, I’ve seen companies have very little success when it comes to putting out a blend and soliciting feedback from customers. In fact, I have yet to see a success model for any of these projects. Second, while I don’t begrudge a company soliciting feedback from a release, I don’t think the TAA Exclusive Series should be the vehicle to do this. This should have been a one-off project from the TAA Series. Third, TAA Cigars have garnered a reputation for being the “best of the best,” so I’m perplexed why any TAA cigar would release in cellophane bundles. If TAA Cigars are best of the best, then having your “A” game on packaging is not an unrealistic expedition. Finally, the idea of letting the retailers price this cigar is ridiculous. I’ve seen the five-packs priced up to $100.00. Many retailers chose not to break up these bundles, so to pay a $100.00 to smoke this cigar packaged in a cellophane bundle seems crazy.

Given there is no MSRP, it would be unfair to assign a value rating to this cigar.

As for the cigar itself, the Joya de Nicaragua Selección de Torcedor 2019 is a good cigar. It has some nice flavors, and delivers a combination of boldness and spice that is not over-powering. It’s a cigar I would recommend to a seasoned cigar enthusiast. It’s a cigar I would also smoke again. While a good cigar, an 89 point score is still something that falls short of being what I would consider the caliber of a TAA Exclusive Series cigar release.