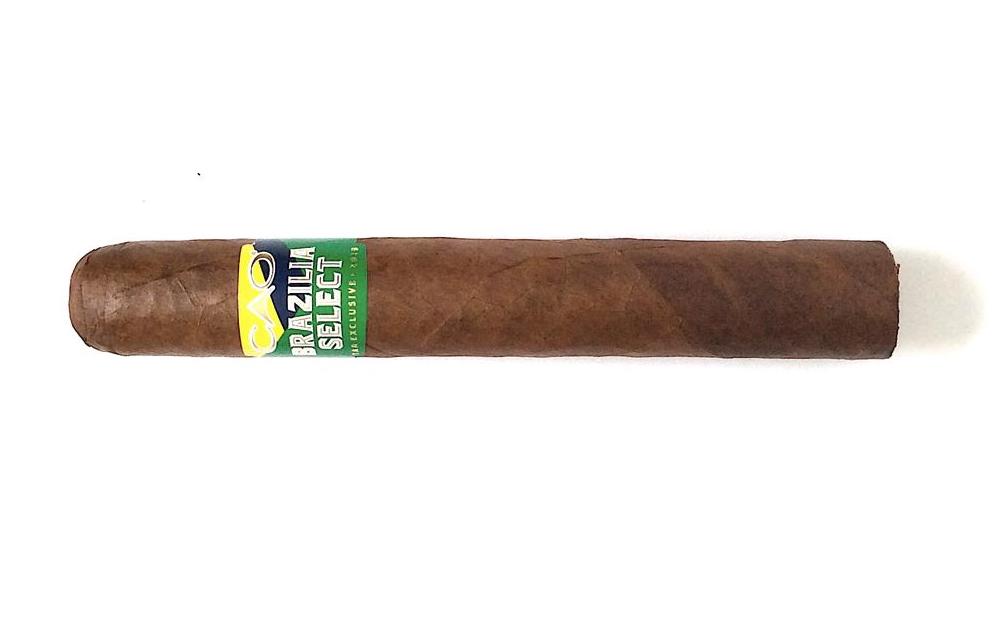 While CAO Brazilia Select was the second release by CAO for the TAA, General Cigar has already announced a third cigar that will be a part of the 2020 TAA Exclusive Series, the CAO Expedición.

Without further ado, let’s break down the Joya de Nicaragua Selección de Torcedor 2019 and see what this cigar brings to the table.

In addition to the Brazilian binder, the blend for the CAO Brazilia Select utilizes Honduran, Dominican, and Nicaraguan fillers. The cigar is finished with a Connecticut-grown Habano Gueso wrapper. “Gueso” is Spanish for “thick.”

The Connecticut Habano Gueso wrapper of CAO Brazilia Select certainly lives up to its “thick” reputation in terms of texture. The wrapper has a medium brown color with a Colorado tint. Upon closer examination there is some mottling on the surface. The wrapper also has a light coating of oil on it. The surface is slightly bumpy with some visible veins and visible wrapper seams.

Prior to lighting up the CAO Brazilia Select, a straight cut was used to remove the cap. From that point, it was on to the pre-light draw ritual. The dry draw delivered a mix of natural tobacco, earth, and an occasional touch of cherry sweetness. This wasn’t a very exciting pre-light draw to me. However, since the pre-light draw is not factored into the merit or value ratings, there was no loss of points here. At this point, it was time to light up the CAO Brazilia Select and see what the smoking phase would have in store.

Later in the first third and up until the midway point, there were times the sourdough bread notes made their way into the forefront with the natural tobacco. During this stage of the cigar experience, a bitter component surfaced with the natural tobacco notes. As the smoking experience progressed throughout, the bitterness became much more pronounced. Meanwhile, the white pepper notes remained in the background and the cherry sweetness had dissipated.

By the last third, the natural tobacco notes were exhibiting a good deal of bitterness. The sourdough and white pepper notes still remained in the background. This is the way the CAO Brazilia Select came to a close. The resulting nub was soft to the touch and cool in temperature.

The burn of the CAO Brazilia Select had a jagged burn line. While the cigar maintained a straight burn path, it did take frequent touch-ups to keep it on track. The resulting ash was a silvery-gray color with some dark spots in it. This was an ash that was on the firmer side. Meanwhile the burn rate and burn temperature both maintained ideal levels. 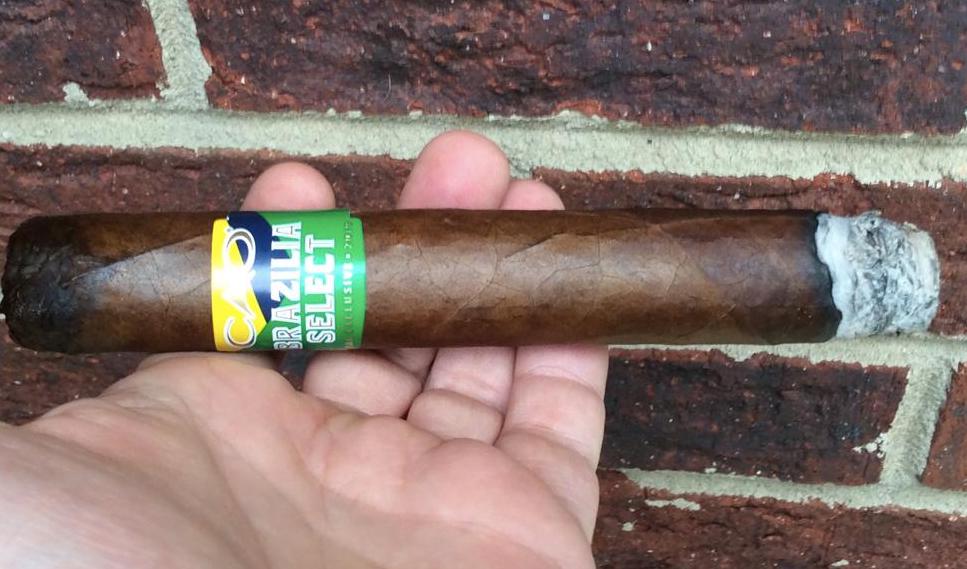 Burn of the CAO Brazilia Select

The draw to the CAO Brazilia Select performed well – especially for a large ring gauge cigar. The cigars had a touch of resistance to them – which is something that I like. At the same time, this was a low maintenance cigar to derive flavor from.

In terms of strength and body, the CAO Brazilia Select started out medium. Both attributes increased in intensity with the body increasing at a slightly more rapid rate. By the second half, the body was in medium to full territory. At the same time, the strength never got out of the medium range of the spectrum.The body maintained an edge over the strength throughout the entire smoking experience.

There is no way to sugarcoat this. The CAO Brazilia Select is a miss. It’s certainly not a TAA-caliber cigar, and it’s not something I would expect from CAO Cigars. CAO Cigars is better than this. There were some promising notes as the CAO Brazilia came out of the gate. As the cigar built up in intensity, so did the bitterness – and this caused the balance of this cigar to deteriorate. Some cigars are going to miss the mark – and this is one of them. This is not a cigar I could recommend.