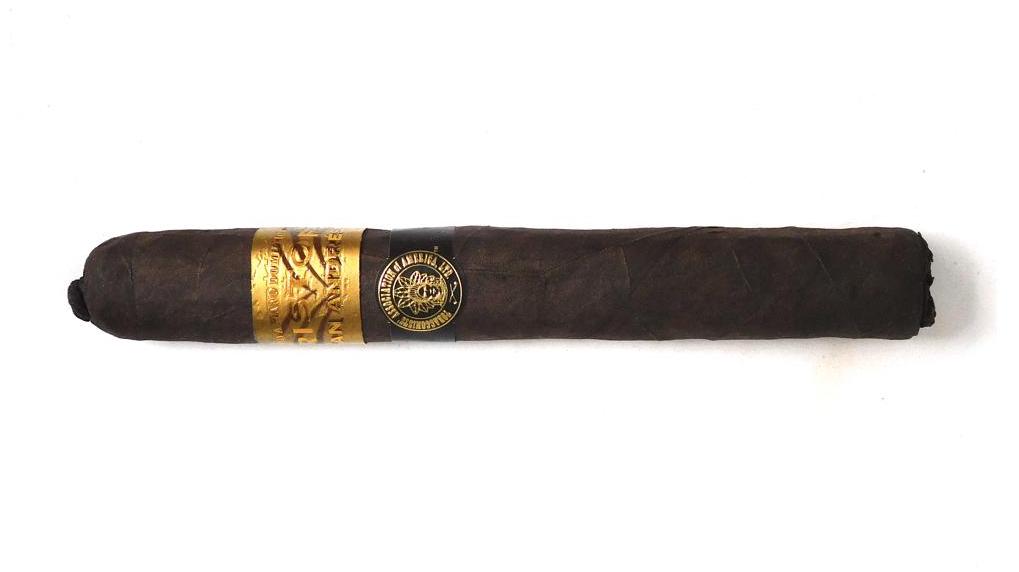 The following have been Kristoff’s TAA Exclusive Cigar Offerings:

Without further ado, let’s break down the Kristoff San Andrés Box-Pressed Toro TAA 2020 and see what this cigar brings to the table.

The Kristoff San Andrés features a San Andres Mexican wrapper over an Ecuadorian Habano-seed binder and Nicaraguan Habano fillers. Production is handled out of the Charles Fairmorn factory in the Dominican Republic.

The San Andres wrapper of the Kristoff San Andrés Box Pressed Toro had a dark roasted coffee bean color. This was a wrapper that didn’t have a lot of oil on it. There was some mottling on the surface. There were some visible veins, and the wrapper seams that were visible were minimal. This was a box-press in the form of a Cuban soft-press style. The cigar also features a covered foot and a cap finished with a pig-tail.

There are two bands on the Kristoff San Andrés Box Pressed Toro. The primary band is the same one found on the rest of the core line. This has a gold foil-like background with some brown embellishments. On the center of the band the text “KRISTOFF” is arranged in curved fashion. Below that is the text “SAN ANDRES” in a slightly smaller bright gold font. Above the Kristoff text is the text “HECHO A MANO DOMINICANA”. On the far right is the Kristoff insignia logo. The logo and all of the text are in a brighter gold font than the band’s background.

There is a secondary band that is unique to the Kristoff San Andrés Box Pressed Toro. This band is black in color with a gold-colored TAA logo. The far right of the band has the Kristoff Insignia.

As opposed to pulling the pig-tail cap off, a straight cut was used to remove both the cap and the pig-tail simultaneously from the Kristoff San Andrés Box Pressed Toro. Once the cap was removed, it was on to the pre-light draw phase. The cold draw delivered a mix of cocoa and leather notes. To me, this was a satisfactory pre-light draw experience. At this point, it was time to light up the Kristoff San Andrés Box Pressed Toro and see what the smoking phase would have in store.

The Kristoff San Andrés Box-Pressed Toro TAA 2020 came out of the gate with notes of earth and red pepper. As the cigar burned through the early phases, notes of coffee, cedar, and a strawberry-like sweetness emerge. Early on the coffee and berry notes moved into the forefront. The earth, pepper, and cedar notes settled in the background. There was an underlying creamy texture to the flavors. Meanwhile, a combination of cedar and pepper was present on the retro-hale.

By the second third of the Kristoff San Andrés Box-Pressed Toro TAA 2020, the coffee notes took over as the primary note. During this phase, there still were notes of cedar, pepper, earth, and berry. The creamy texture remained on this flavor profile but diminished during this stage.

The final third saw the coffee notes remain primary. At the same time, the pepper also joined the coffee in the forefront. There still were notes of earth, cedar, and berry rounding out the flavor profile. When the Kristoff San Andrés Box-Pressed Toro TAA 2020 came to a close, the resulting nub was slightly soft and cool in temperature.

The Kristoff San Andrés Box-Pressed Toro TAA 2020 had a wavy burn line. Several times the burn line meandered, but touch-ups did the trick of keeping the burn line straight as well as the burn path straight. The resulting ash had a silver-gray color. This was an ash that wasn’t overly firm and at times had some minor flaking. The burn rate and burn temperature were both ideal. 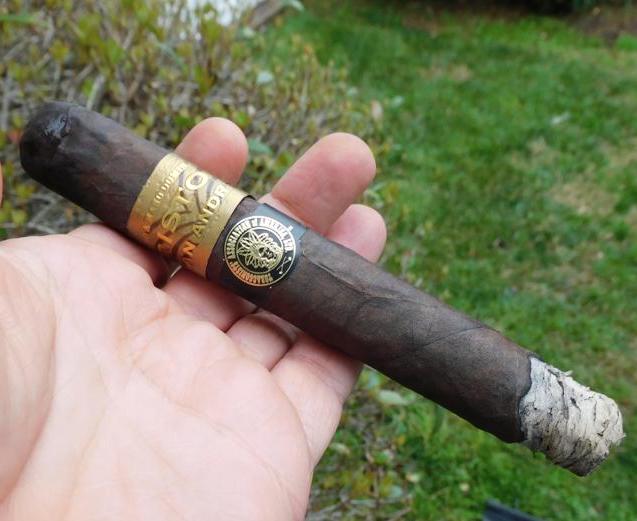 The draw to the Kristoff San Andrés Box-Pressed Toro TAA 2020 was on the open side. This didn’t have any adverse effects other than it just didn’t have as much resistance as I prefer.

The Kristoff San Andrés Box-Pressed Toro TAA 2020 started out as a medium strength, medium-bodied smoke. There was a slight increase in the intensity of both attributes along the way. While the strength level remained at medium, the body entered medium to full in the last third. When looking at strength versus body, the body maintained a slight edge throughout the smoking experience.