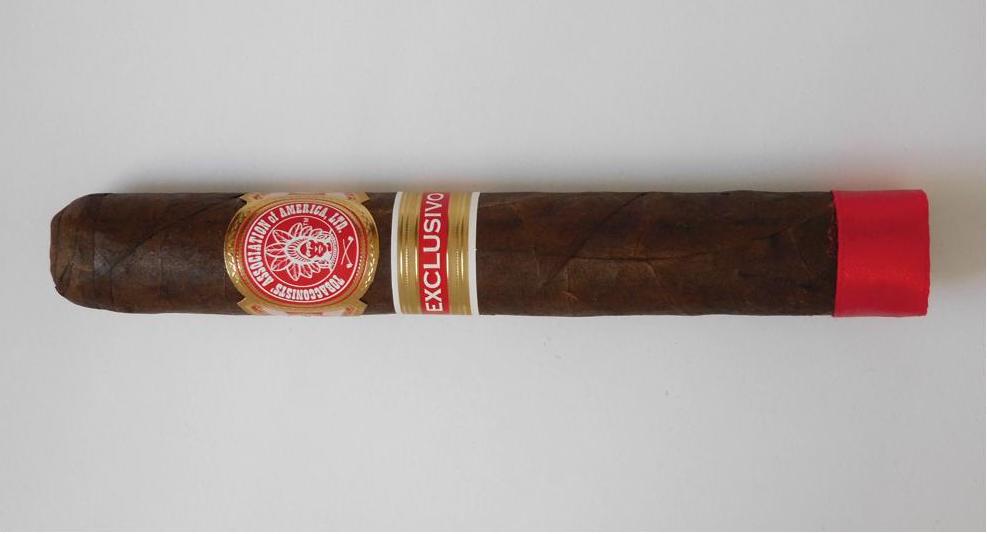 The Rocky Patel TAA Exclusivo consists of a Mexican San Andres wrapper over Nicaraguan binder and filler. The cigars are produced at Rocky Patel’s TAVICUSA factory in Estelí, Nicaragua.

The Rocky Patel TAA Exclusivo is offered in one size – a 6 x 52 Toro. The cigars are packaged in 20-count boxes. A total of 1,000 boxes was announced in 2020 when the cigar was first released.

The Mexican San Andres wrapper of the Rocky Patel TAA Exclusivo had a chocolate-brown color to it. The surface of the wrapper was toothy with a light coat of oil and some subtle mottling present. There were some visible veins and any visible wrapper seams were minimal.

There are two bands on the Rocky Patel TAA Exclusivo. Both bands have a gold, red, and white color scheme. The center of the band has a red circular field surrounded by a gold ring. On the red field is the TAA Indian head logo in white font with the text “TOBACCONISTS’ ASSOCIATION of AMERICA LTD – also in white font. The left and right sides of the bands have a red and white design with gold trim around the edges. Just to the left and right of the center logo of the band is a red “RP” (Rocky Patel) circulus logo on a white field.

Prior to lighting up the Rocky Patel TAA Exclusivo a straight cut was used to remove the cap of the cigar. After the cap was removed, it was on to the pre-light draw experience. The cold draw delivered notes of cedar, citrus, leather, and a slight amount of red pepper. Overall this pre-light draw did not have me doing handstands. Since the pre-light draw is not factored into the score or value rating, there was no loss of points here. At this point, it was time to light up the Rocky Patel TAA Exclusivo and see what the smoking phase would have in store.

The second third of the Rocky Patel TAA Exclusivo saw the coffee notes remain primary. The citrus notes diminished. There was a slight increase of the pepper notes which took on more of a black pepper varietal. Meanwhile the citrus, chocolate, and earth notes remained in the background.

Later in the second third, the pepper notes joined the coffee in the forefront. The citrus, chocolate, and earth notes rounded out the flavor profile. This continued into the final third and to the end of the cigar experience. By the close of the Rocky Patel TAA Exclusivo, there was a soft, cool nub that remained.

The Rocky Patel TAA Exclusivo maintained a straight burn path. There was a slight amount of jaggedness on the burn line but this didn’t warrant any significant additional touch-ups.  The resulting ash was a silvery gray. This wasn’t an overly firm ash, but it wasn’t loose or flakey either. The burn rate and burn temperature were both ideal. 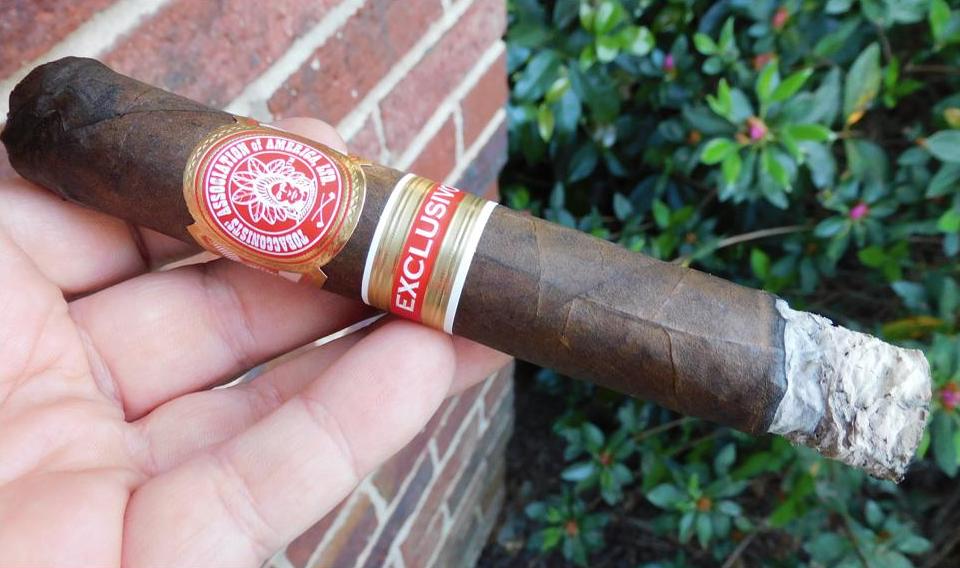 The draw to the Rocky Patel TAA Exclusivo was open, but not loose. I normally prefer a little more resistance on the draw, but in the end, this didn’t have any other adverse effects on the cigar experience.

The Rocky Patel TAA Exclusivo seemed to be one of the bolder TAA cigars in recent memory. This is a cigar that came in medium to full strength from start to finish. For the most part there was not much variance in the level of strength. As for the body, this is a cigar that started out medium to full but progressed to full-bodied by the second half. In terms of strength versus body, the body maintained the edge.

I found the Rocky Patel TAA Exclusivo to be an interesting case study. When I examined individual flavor notes on this cigar, it checks a lot of the boxes of things I like. However when it comes to how nice those notes play with each other – and the balance of the flavors, this is where The TAA Exclusivo falls short. The cigar scores a respectable 88 points but as I’ve said many times, the bar should be higher when it comes to TAA Cigars. Given this is a bolder cigar, I would categorize this as a cigar geared to a more seasoned cigar enthusiast. At $12.50, it’s not an inexpensive cigar so my recommendation is to try a sample and see if this is in your wheelhouse before purchasing.