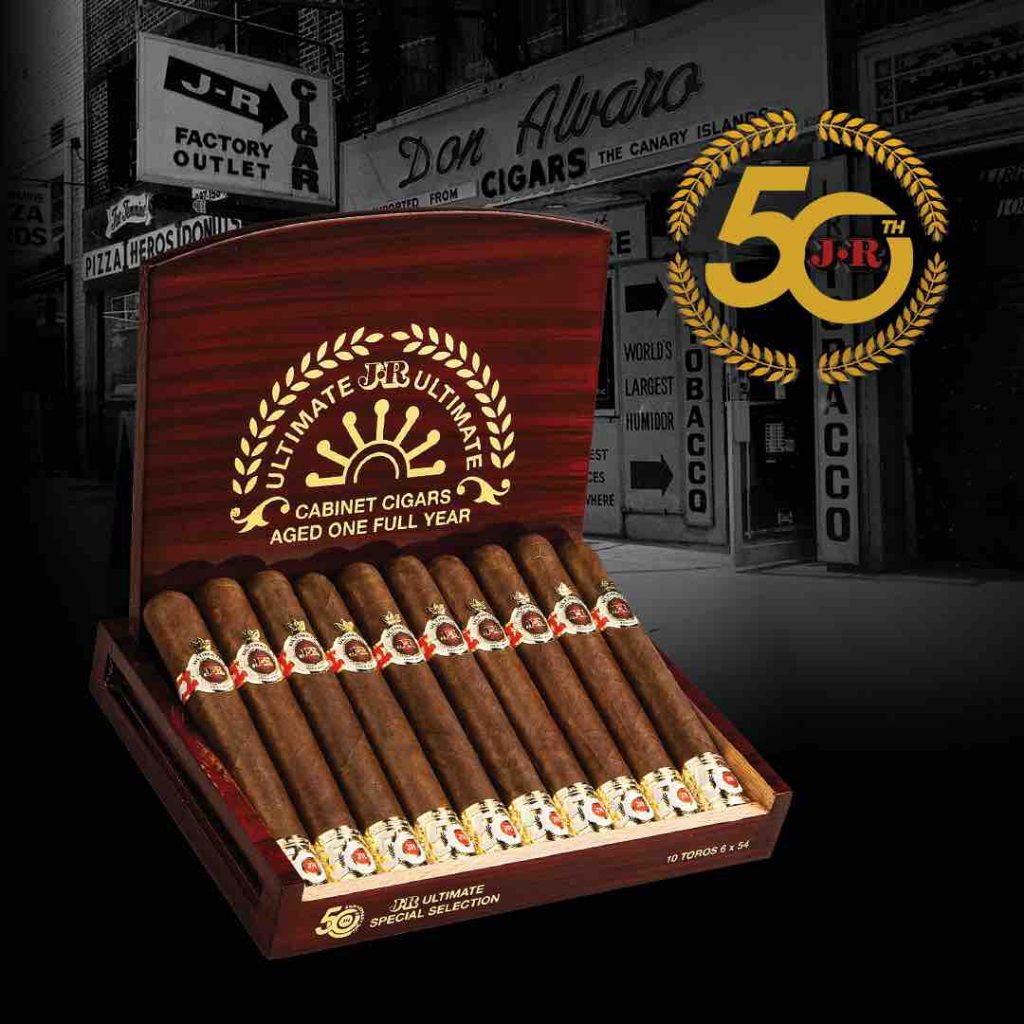 For the first six installments of the JR 50th Anniversary Series, JR Cigar has worked with many leading manufacturers and brands to make exclusive cigars. This time JR reaches into one of its own history brands, the Ultimate Series, for the seventh installment.

The JR Ultimate 50th Anniversary pays homage to the Ultimate line, a series of exclusive cigars dating back almost 40 years. According to JR Cigar, “While the original JR Ultimates are considered a higher-end budget line, this release updates and elevates the brand for a modern adult cigar smoker.”

JR Cigar has turned to AJ Fernandez to craft the JR Ultimate 50th Anniversary. The cigar consists of an Ecuadorian Sumatra wrapper over a San Andrés inner, and fillers of Honduran and Nicaraguan tobacco. The cigars are presented in ten-count boxes in one size – a 54 x 6 Toro. According to JR Cigar, this is a limited-run cigar and will not be manufactured outside of this release. Pricing is set at $9.99 per cigar of $99.95 per box. The cigars are now exclusively available at JRCigars.com.

“The JR Ultimate’s have been a part of our history almost since the beginning,” says Davide Moro, CEO for JR Cigar. “We wanted to keep the traditional character and style of the brand, but offer a more complex and refined blend. We could think of no better person to bring this vision to life than AJ Fernandez.”

At a glance, here is a look at the JR Ultimate 50th Anniversary