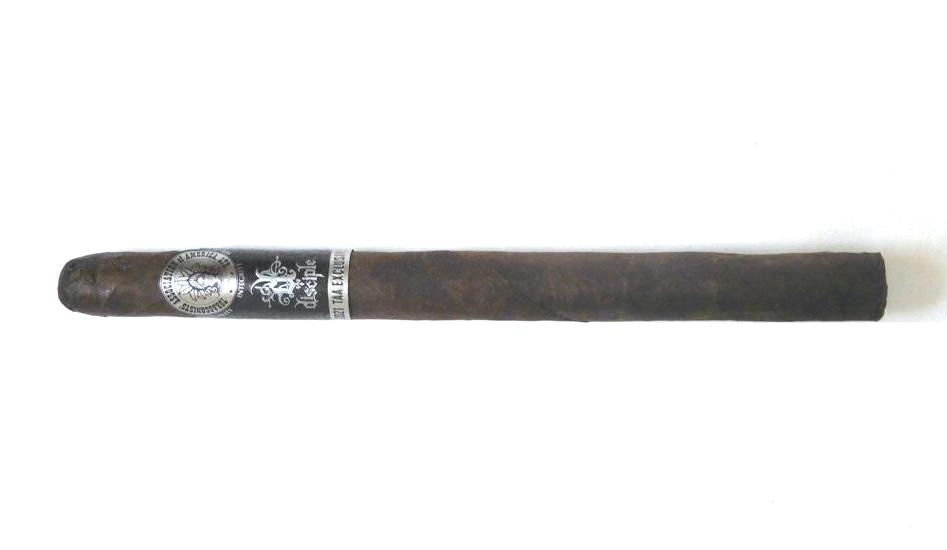 Since 2018, the Scandinavian Tobacco Group (STG) has participated in the annual Tobacconists Association of America (TAA) Exclusive Series of cigars. For the first three years, this cigar came from the CAO brand In 2021. Things would change as the Diesel brand from STG’s newly formed Forged Cigar Company would be given the opportunity to be a part of the TAA Exclusive Series. This in itself was interesting because Diesel’s roots were as a catalog brand. STG has worked hard to position Diesel as a brick and mortar brand and the TAA is positioned as an upper echelon of brick and mortar retailers. Diesel’s 2021 entry into the TAA series is known as the Diesel Disciple 2021 TAA Exclusive. It’s a lancero offering – also marking Diesel’s first lancero since STG transitioned the brand into a brick and mortar offering. Today we take a closer look at the Diesel Disciple 2021 TAA Exclusive.

Without further ado, let’s break down the Diesel Disciple 2021 TAA Exclusive and see what this brings to the table.

The Diesel Disciple is highlighted by a Mexican San Andres wrapper over an Ecuadorian Sumatra binder and Nicaraguan Habano fillers. Production is handled by Diesel’s manufacturing partner, AJ Fernandez.

The Diesel Disciple comes in one size – a 7 x 38 lancero. The cigars were presented in ten-count boxes with a total production of 1,000 boxes.

Late in the first third of the Diesel Disciple, the pepper notes started to slowly increase in intensity. This continued into the second third. During the second third, the mocha split into cocoa and coffee components. The coffee took over as the sole primary note. Both the cocoa and cherry components receded into the background and slowly decreased in intensity. There also were still some cedar notes in the forefront.

The final third of the Diesel Disciple saw the coffee notes remain in the forefront. The pepper notes were now the second most prominent. These flavors were rounded out by the cocoa, cherry, and cedar notes. This is the way the Diesel Disciple came to a close. The resulting nub was slightly soft to the touch and cool in temperature.

The Diesel Disciple had an excellent burn for the most part. The burn was slightly wavy, but it did not stray from burning on a straight path.  The resulting ash wasn’t’ overly firm and had some minor flaking. This was an ash that was mostly near-white in color. As for the burn rate and burn temperature, both were ideal. 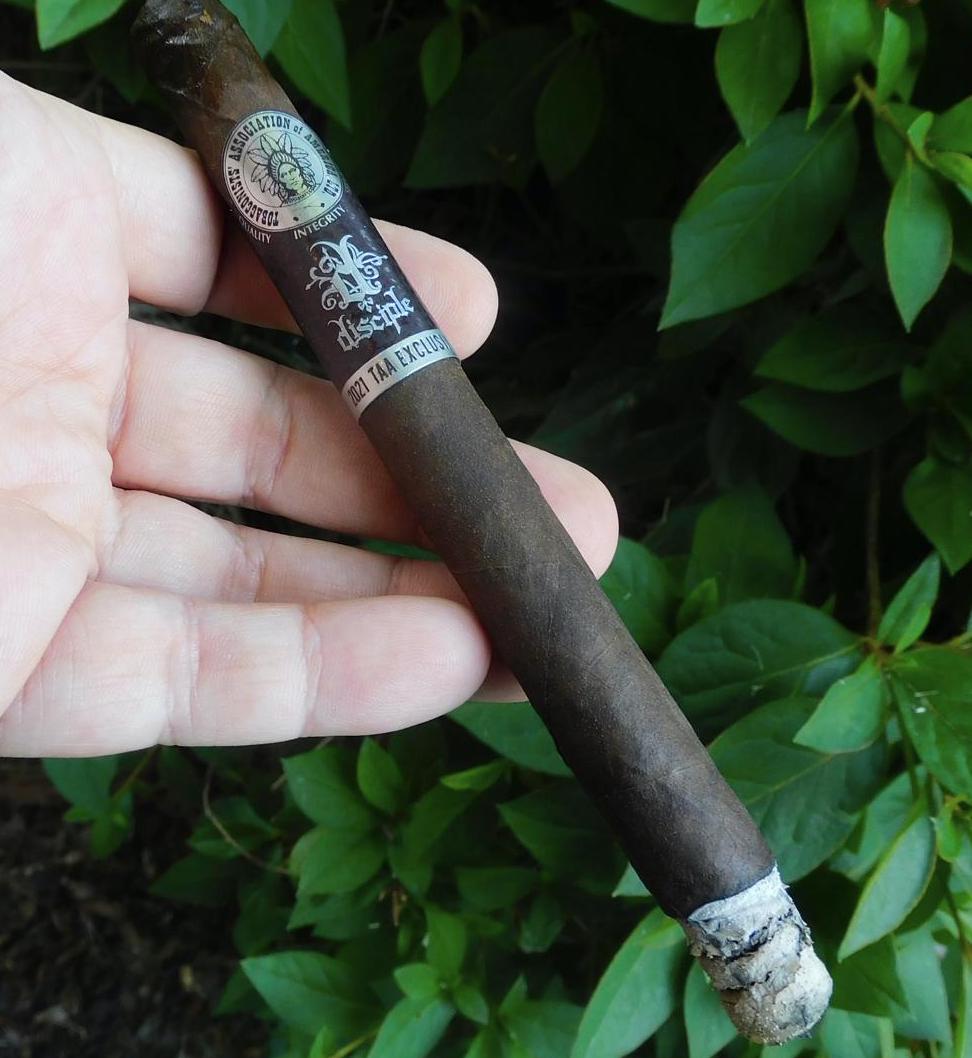 Burn of the Diesel Disciple

The draw of the Diesel Disciple performed excellently too. The draw had a touch of resistance to it, yet at the same time was low maintenance when it came to deriving flavor.

The Diesel Disciple started out as a medium strength, medium-bodied cigar. Throughout the smoking experience, the cigar didn’t have much in the way of variance in strength and body. In terms of strength versus body, both attributes balanced each other out.

I was surprised that the TAA would accept a lancero as a part of the TAA Exclusives. I’ve heard many retailers, including several TAA ones, tell me that lanceros simply don’t sell. At the same time, I give Diesel credit for putting forward a lancero for the TAA Exclusive.

In the end, I’ll assess the Diesel Disciple on performance. The cigar delivered good flavor – particularly in the first half. At the same time, I didn’t find the flavors had any wow factor in their flavor profile. There was still enough going on where I could recommend this cigar to any cigar enthusiast. As for myself, this is a cigar I would buy and smoke again. At 89 points, it’s a respectable score, but it underscores the point I have been saying for years – the TAA Exclusive Series is highly overrated as a collection.