Agile Cigar Reviews are cigar assessments where we use a lightweight, shorter format. These will never take the place of our comprehensive reviews. They are only used on blends we have previously assessed. This might be a blend we are re-scoring or giving a score for the first time. It might be a blend we are looking at in a different size. Today we look at the Kristoff 685 Woodlawn Box Pressed Toro, a part of the 2021 TAA Exclusive Series. This is a cigar previously assessed in the Perfecto size back in March 2014. 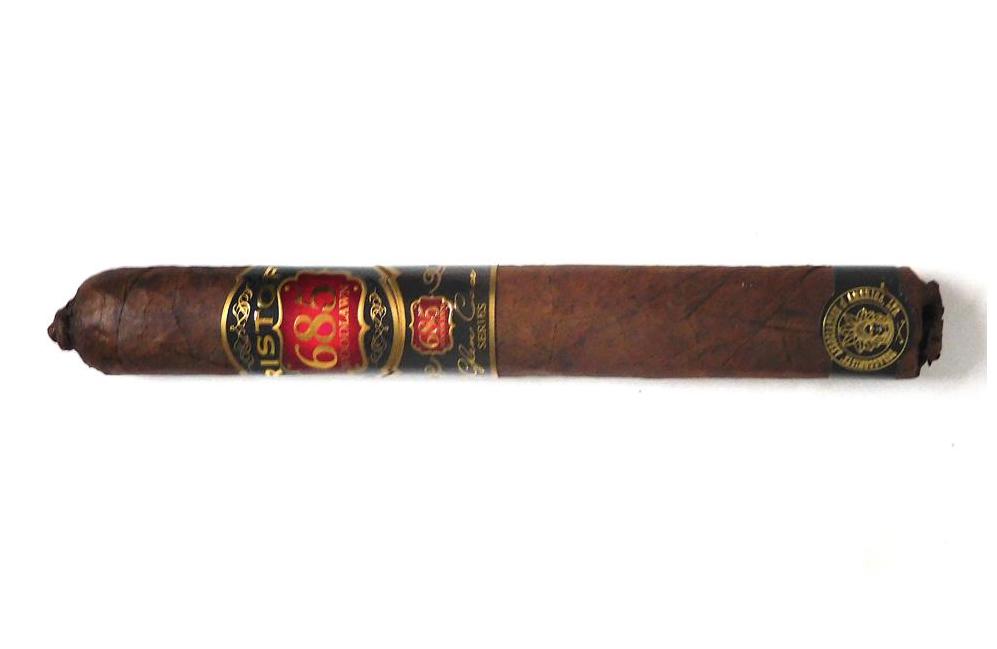 In 2021, Kristoff Cigars would release a cigar for Tobacconists Association of America (TAA) as a part of the 2021 TAA Exclusive Series, the Kristoff 685 Woodlawn Box Pressed Toro. This would be the third exclusive cigar Kristoff would release to the TAA. This is a special size of Kristoff’s 685 Woodlawn blend. The 685 Woodlawn gets its name from the street address in the Chicago, Illinois area where Kristoff owner Glen Case grew up. 685 Woodlawn is a limited production cigar that was first released in 2014 and up until the TAA release had only been available in a 6 1/2 x 60 perfecto. Today we look at this blend which was done for TAA retailers in the form of a 6 1/4 x 54 box-pressed Toro.

The following have been Kristoff’s TAA Exclusive Cigar Offerings:

The blend consists of a Brazilian Cubra wrapper over a Nicaraguan binder and a combination of Nicaraguan and Dominican fillers. Box-pressed cigars are not common in the Kristoff portfolio. Aside from the company’s Galerones Intensivo line, there have only been three other offerings, two of which were TAA Exclusives. These 685 Woodlawn Box-Pressed Toro TAA 2021 release, the San Andres Box-Pressed Toro TAA 2020 release, and Kristoff JT Signature Series.

The Kristoff 685 Woodlawn Box-Pressed Toto started out with musty wood, earth, a slight black pepper note, and a slight cherry note. The retro-hale produced notes of black pepper and cherry. As the cigar progressed through the first third the wood notes had an edge. The second third saw the earth notes join the wood in the forefront. Both the earth and wood notes alternated in intensity. In the second third, there was an increase in pepper and a decrease in the cherry notes. The final third didn’t see much change as the wood and earth notes continued to alternate and with the pepper notes present in the background, and a slight amount of cherry remaining.

The flavors started out medium-bodied but quickly progressed to medium to full. The burn did require multiple touch-ups to keep the burn on track. In two of the samples smoked, the draw was very snug at the beginning, then opened up and ultimately was more open than I prefer.

Back when the original Kristoff 685 Woodlawn Perfecto was released, I found this to be an enjoyable cigar – and it has remained that way over the years. I was very excited to hear there would be a new size in the form of a box-pressed Toro. This is a case where size matters, but in the case of the Kristoff 685 Woodlawn Box-Pressed Toro it simply did not live up to the regular perfecto offering. In the end, I simply cannot recommend the Box-Pressed Toro when there is a far superior offering in the perfecto that has more widespread availability.