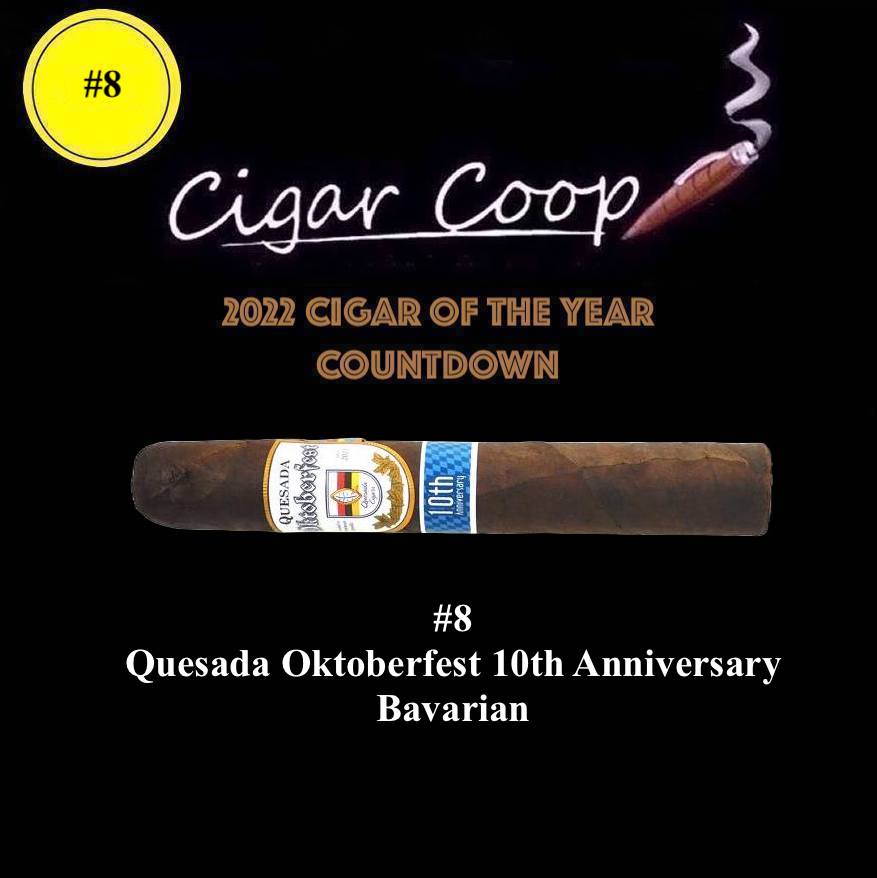 Coming in at #8 is the Quesada Oktoberfest 10th Anniversary Bavarian. Back in 2011, Quesada Cigars introduced its Oktoberfest line. The intent of this line was for Quesada to deliver a cigar blend that could be paired with your favorite malt beverage. This is a near-annual limited-edition line that has been released in an assortment of different sizes, an assortment of different blends, and even made in different countries (Dominican Republic and Nicaragua). With the exception of two years (2018 and 2020), Quesada Cigars has done an annual release each year since 2011. With 2021 being the 10th anniversary, Quesada Cigars would introduce an all-new blend in three sizes – appropriately called the Oktoberfest 10th Anniversary. It’s the Bavarian size that lands on the 2022 Countdown. 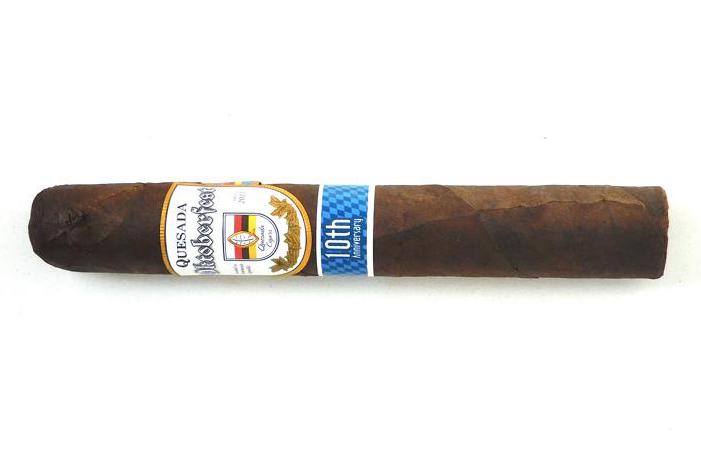 The Quesada Oktoberfest 10th Anniversary Bavarian delivers a combination of baker’s cocoa, coffee, cedar, and pepper. In terms of strength and body, this cigar came in at a solid medium. This might not have been the most complex cigar, but the flavors that were delivered were simply fantastic. For a decade, the Quesada Oktoberfest has delivered some incredible cigars. This 10th Anniversary Bavarian might be the best release of the series to date.